REVIEW: Funko’s Blue Batmobile is a Colorful Blast From the Past

Home » ACTION FIGURES & MERCH » REVIEW: Funko’s Blue Batmobile is a Colorful Blast From the Past

The latest variant adds another hue to the Bat-rainbow…

This is the one I’ve been waiting for.

When Funko made it clear at the launch of its 3.75-inch Batman ’66 action-figure line earlier this year that we’d be getting multiple Batmobile variants, I waited (not so) patiently for the inevitable blue model. 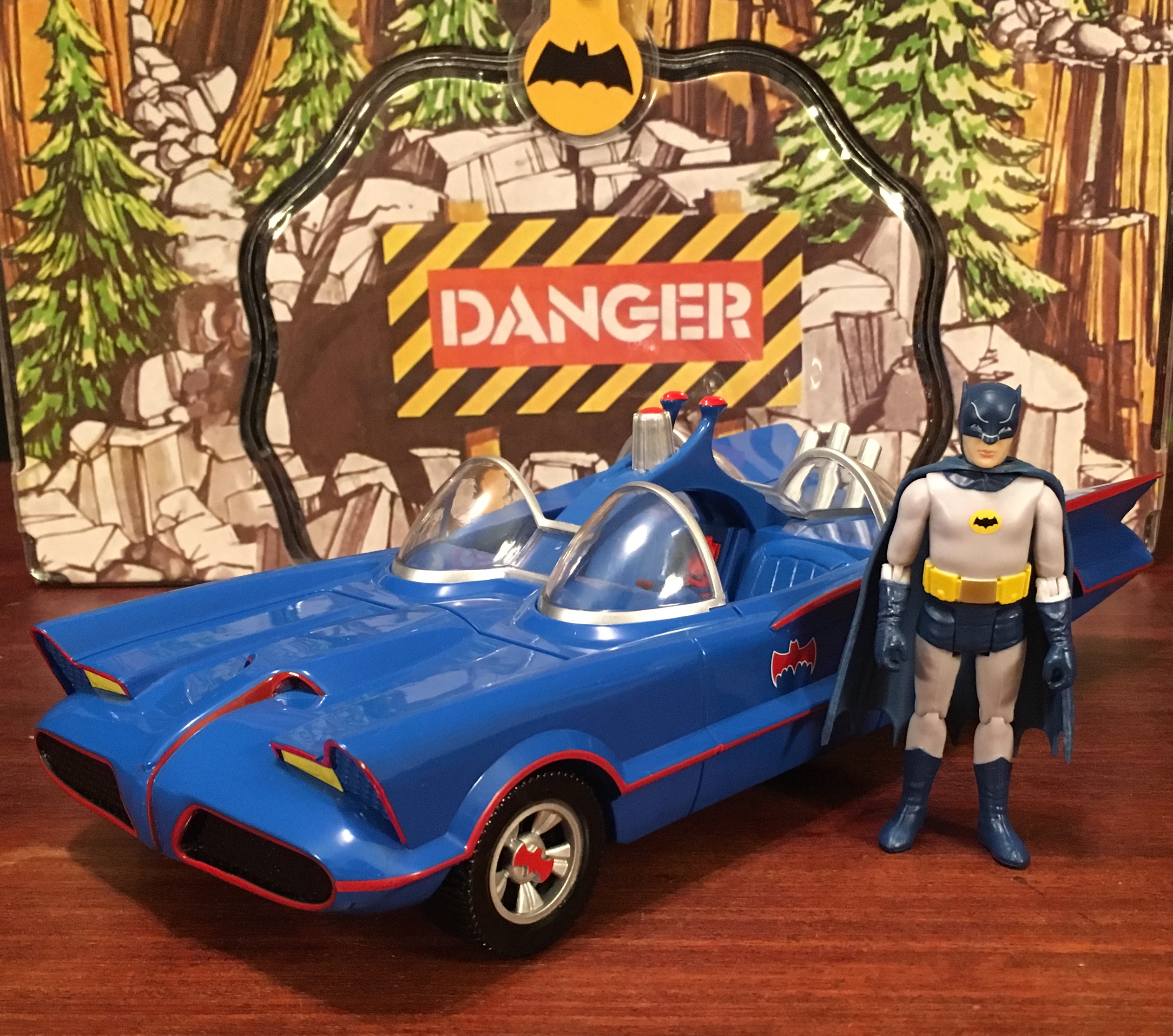 See, these variants are based on the Batman tin toys of yesteryear and I had a blue Aoshin version when I was Young Dan. I loved that thing.

It broke down years ago and I replaced it — thank you, eBay — so it’s really cool that I can now bring together these two generations of Bat-toys: 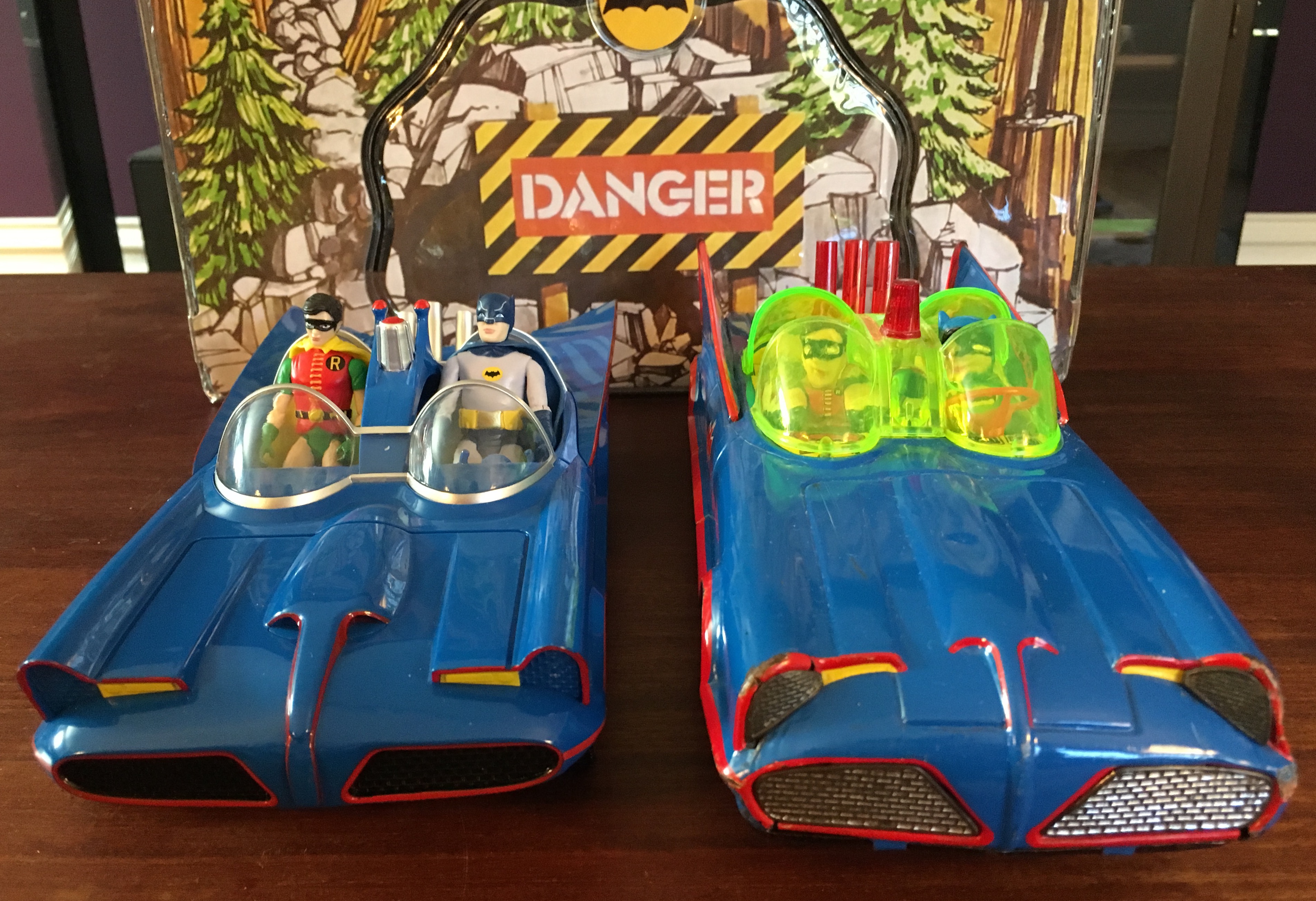 The blue Batmobile was a New York Comic Con exclusive and is the third variant Funko’s released already — joining red and silver models.

They all come with Batman variant figures but unlike, say, Sherbet Batman or Green Batman, this model is pretty close to the main Caped Crusader figure. The blue’s a bit brighter, the chest logo’s a bit smaller, and there’s no black front to the cowl. 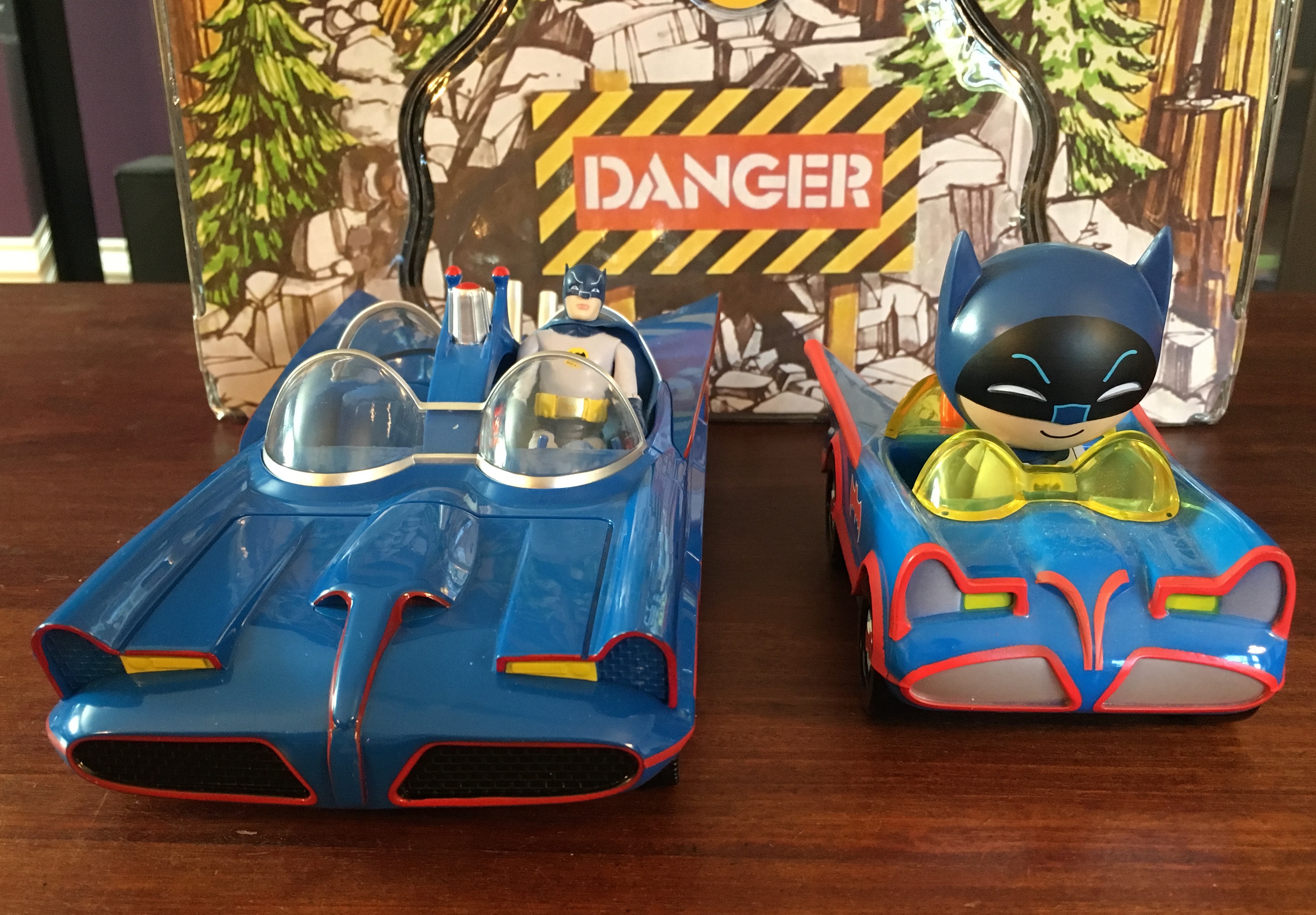 Interestingly, when Funko did a Dorbz Ridez version awhile back, they stuck with the green-tinted windows, silver grille and red rocket tubes. Oh, well.

In the 3-4 months since the Batman ’66 series was first released, we’ve seen six basic Wave 1 figures; two chase figures; a classic Batmobile with Batman and Robin figures; and three variant Batmobile sets. That’s a lot in such a short period of time.

I mean, just dig this Club of Batmen: 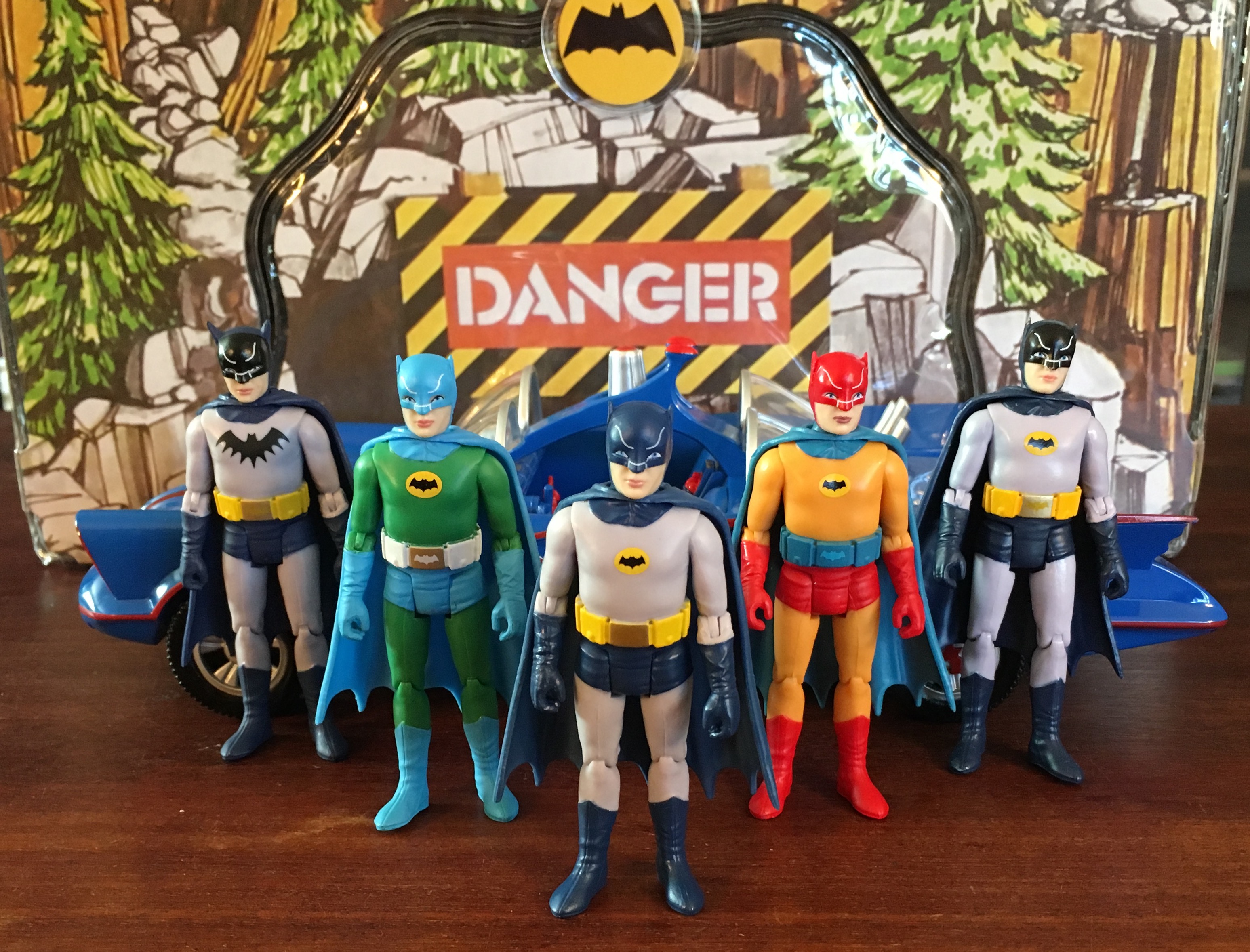 You know what’s cool? We’re still in all likelihood going to get a gold Batmobile set at some point — and Funko’s teased other variant Batfigs. Oh, and as we draw closer to the end of the year, we draw closer to Funko’s big reveal of what’s in store for Wave 2. (Click here for more on that.)

Until then, we’ve got this little blue time machine… 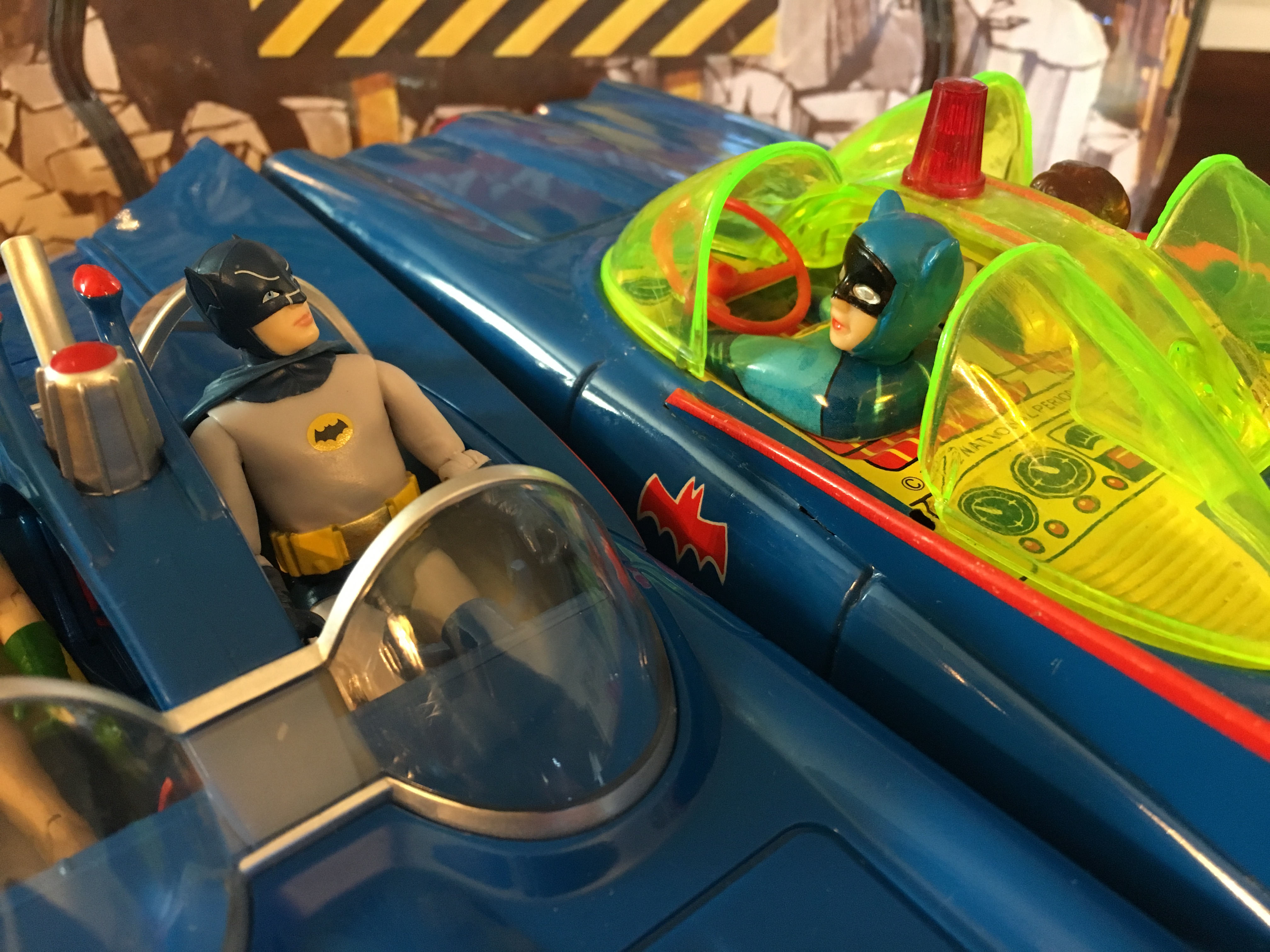 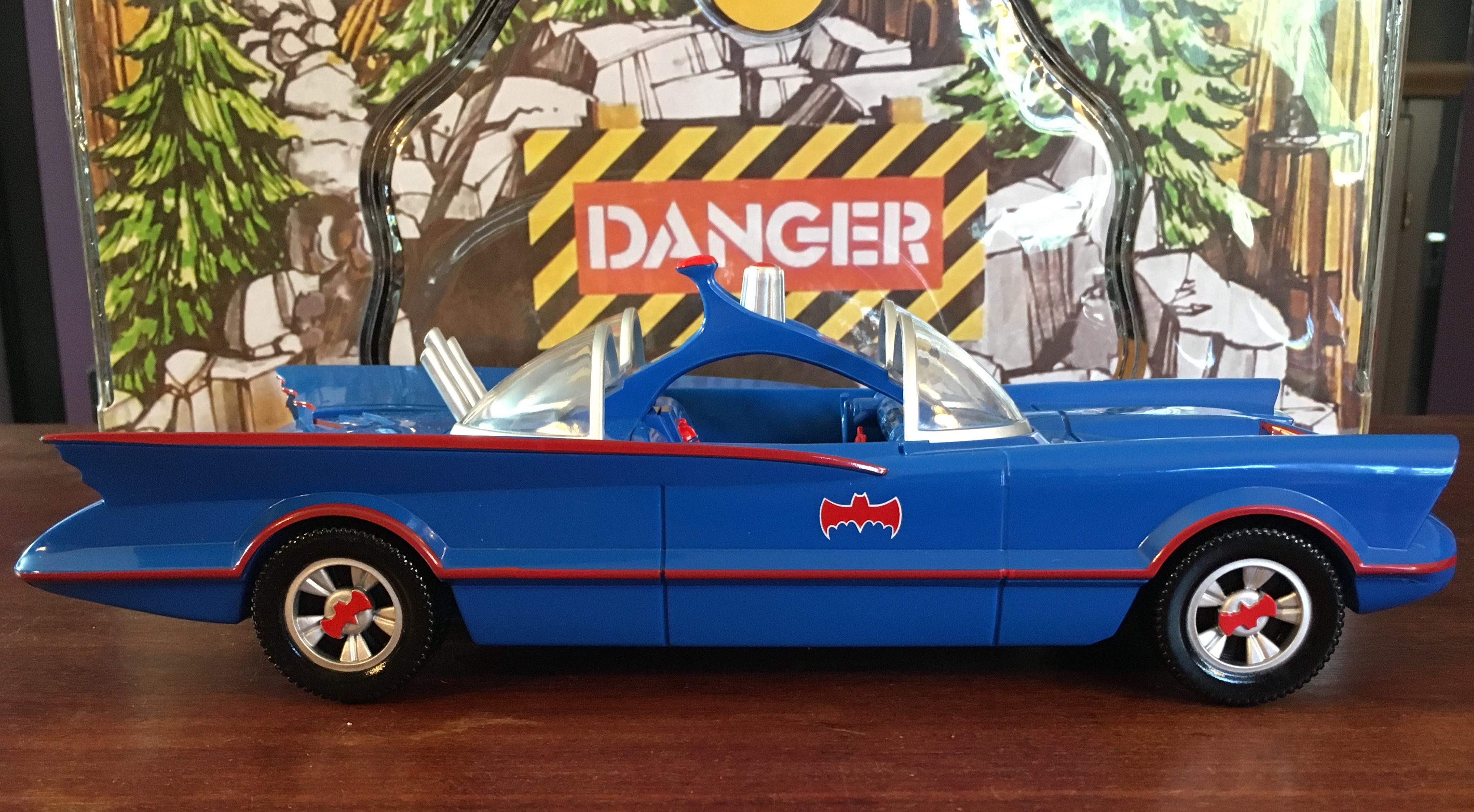 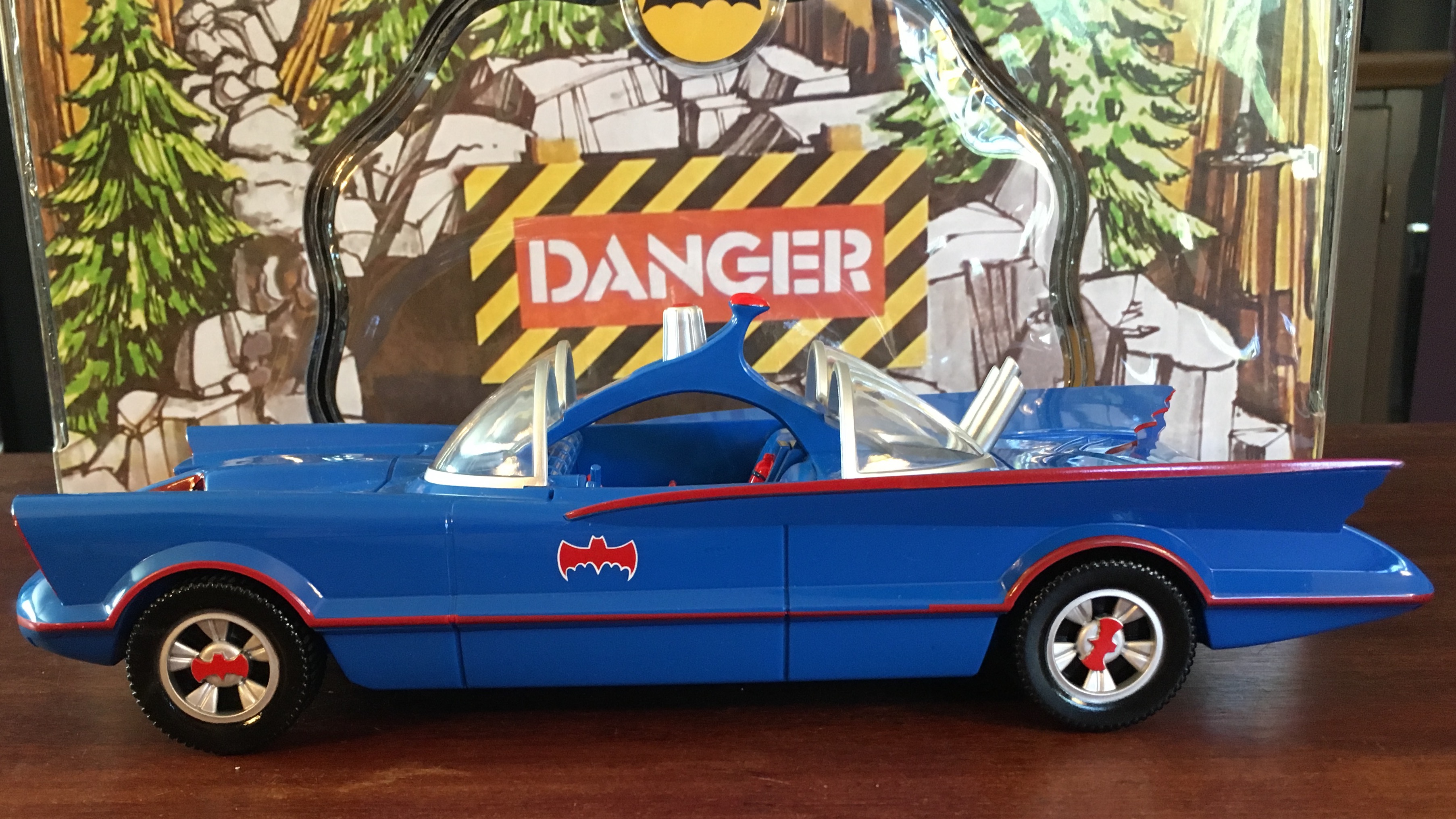 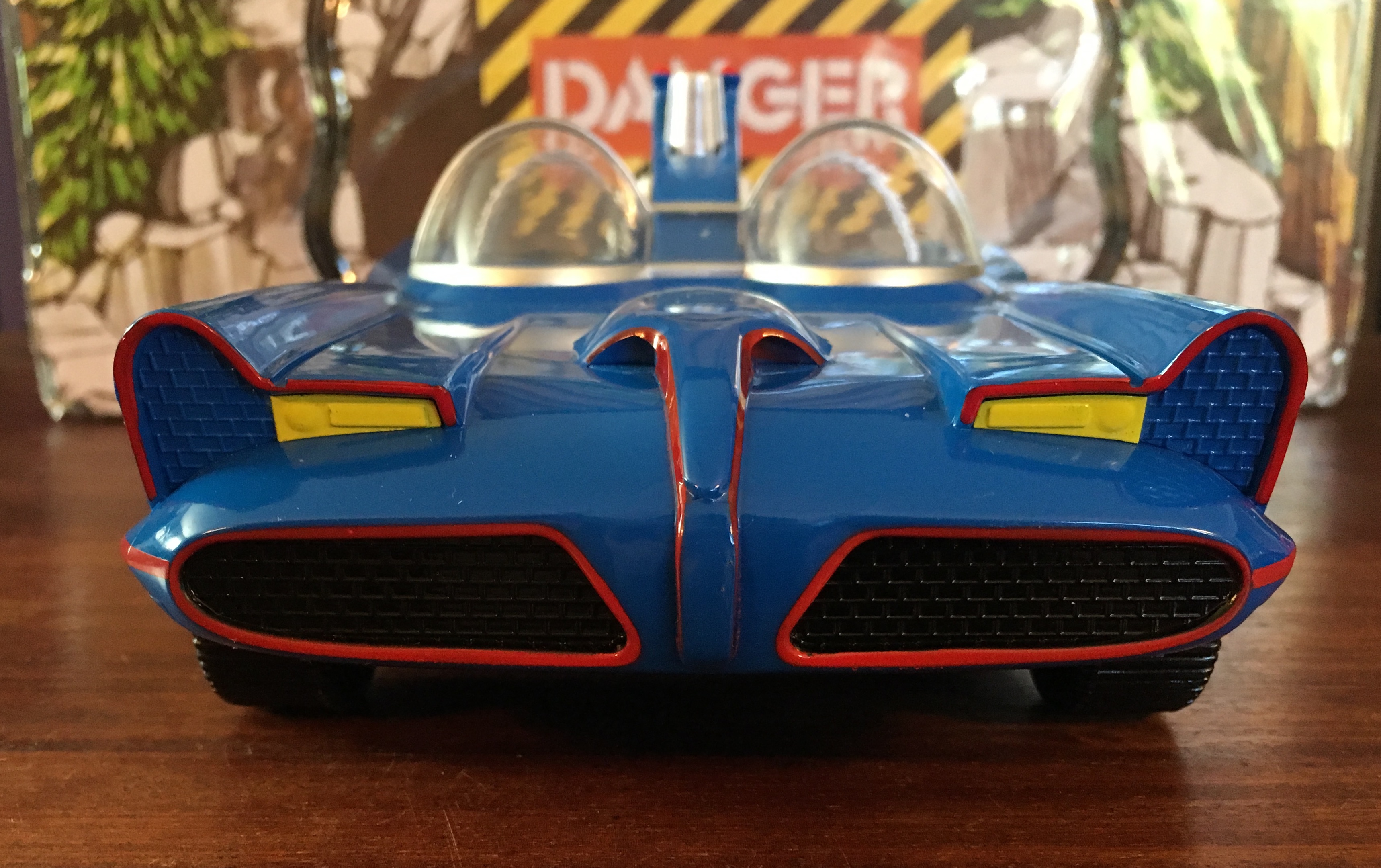 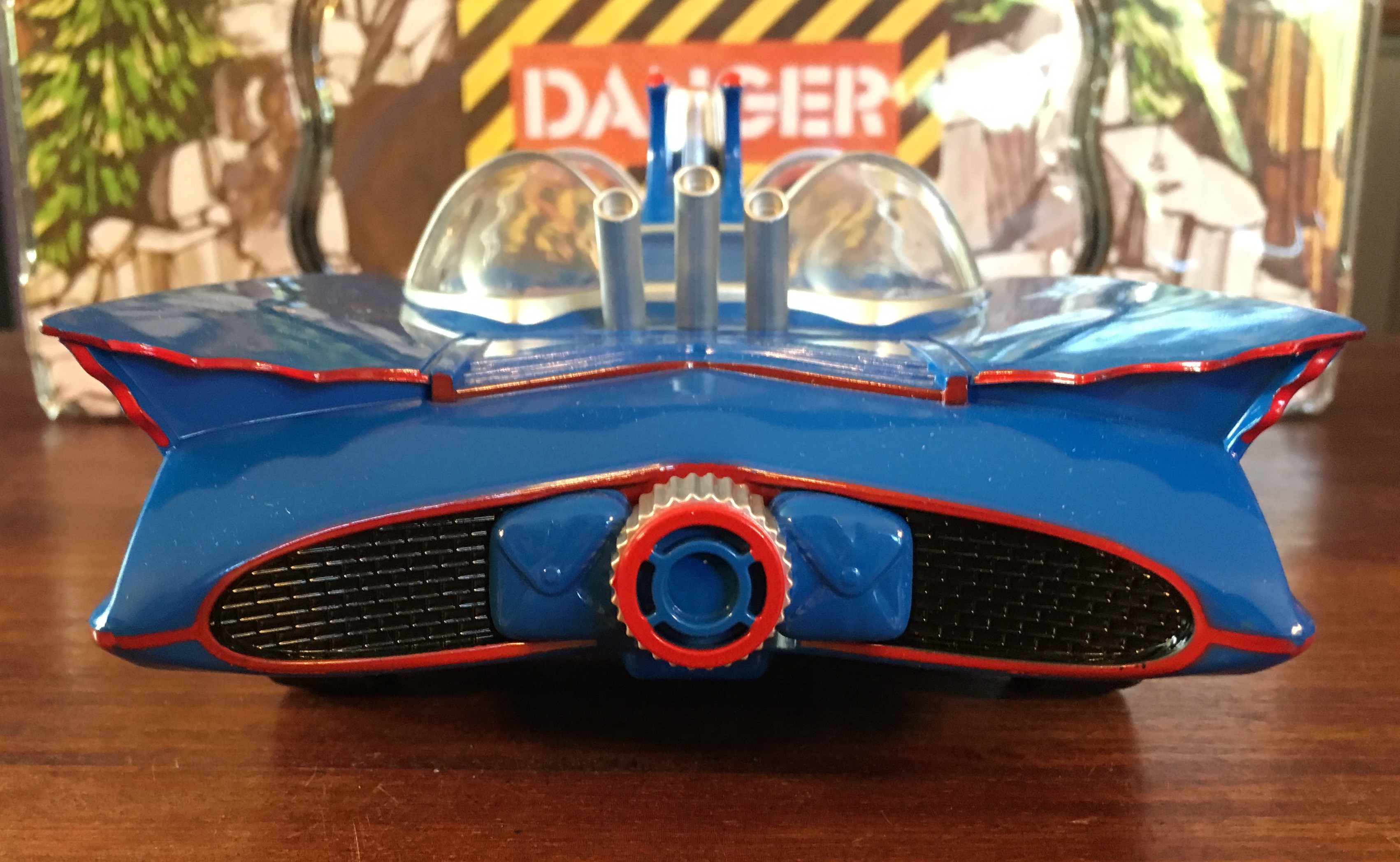 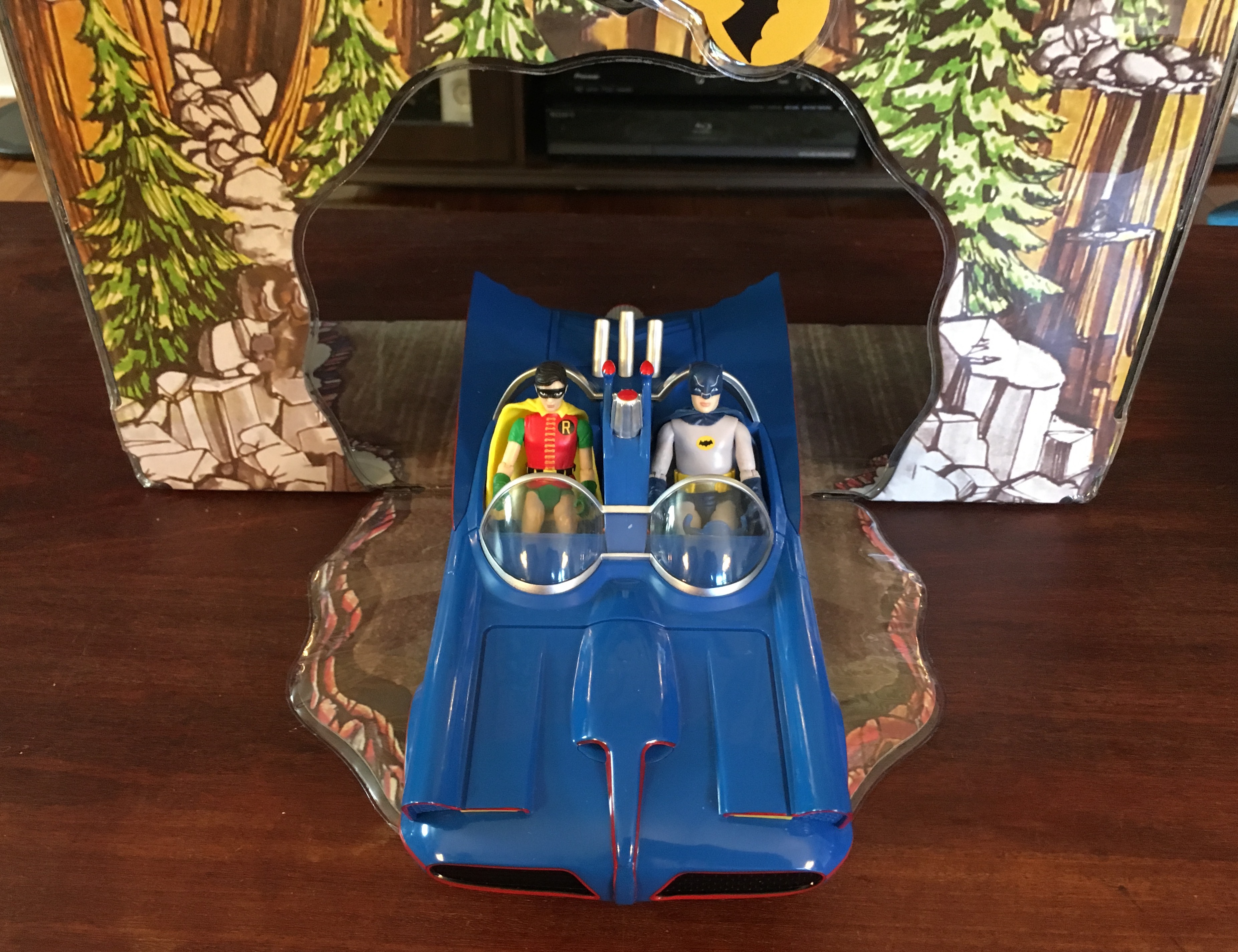