Right off the bat, I gotta say it’s fun having a red Batmobile.

I know it’s silly and whimsical and all that — but then so are comics and TV shows about comics and movies about comics. Especially when all those things add up to the wonderful, whimsical silliness that’s Batman ’66.

This sweet little ride was a Funko San Diego Comic-Con exclusive — part of the company’s line of 3.75-inch Batman ’66 action figures — and it comes with an equally goofy, green, white and sky-blue Batman figure. 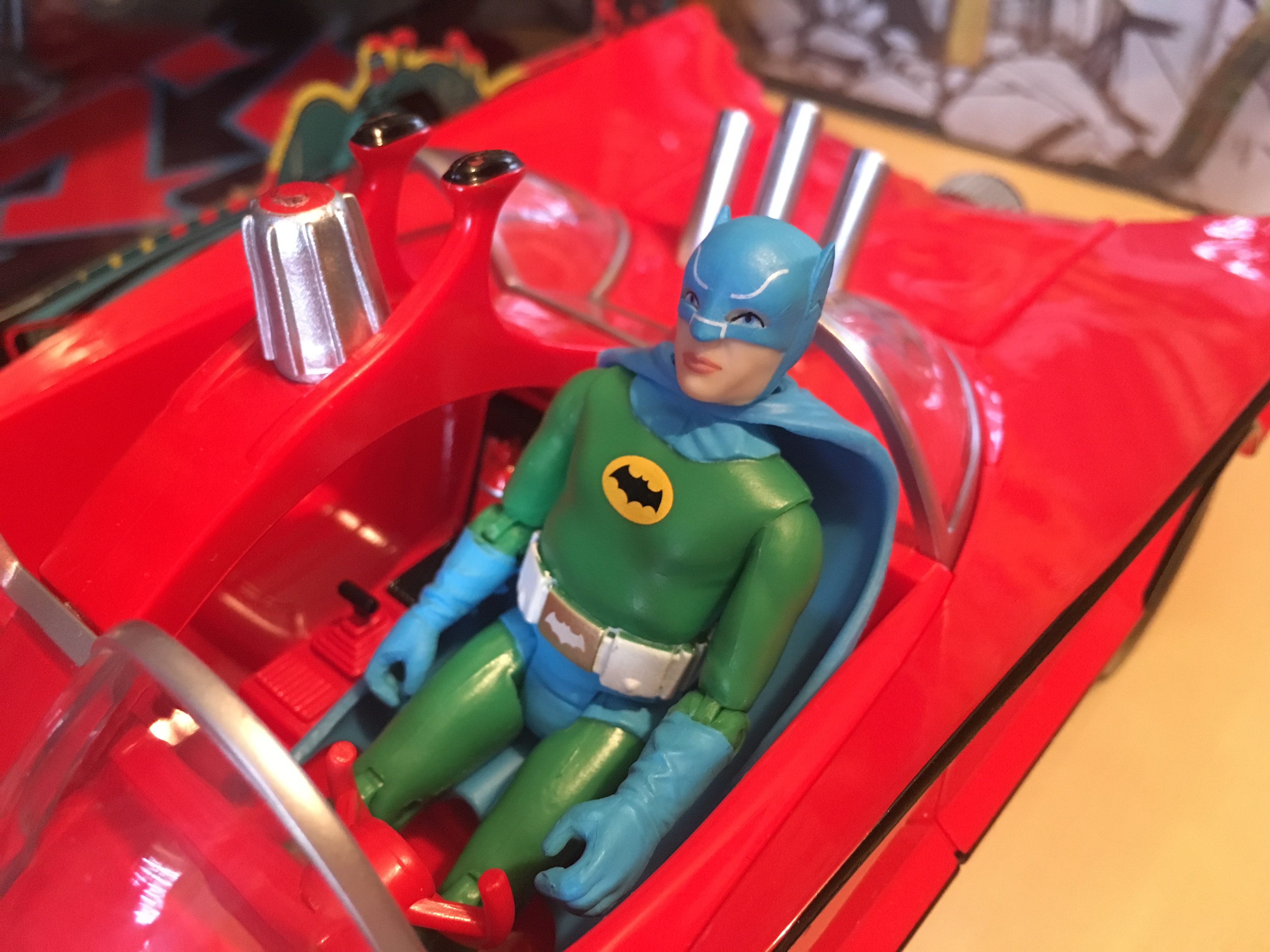 As I wrote here, the whole package — complete with a technicolor window box — is a riff on the Japanese tin toys of the ’60s and ’70s, a bizarre and endearing subset of Batman collectibles. 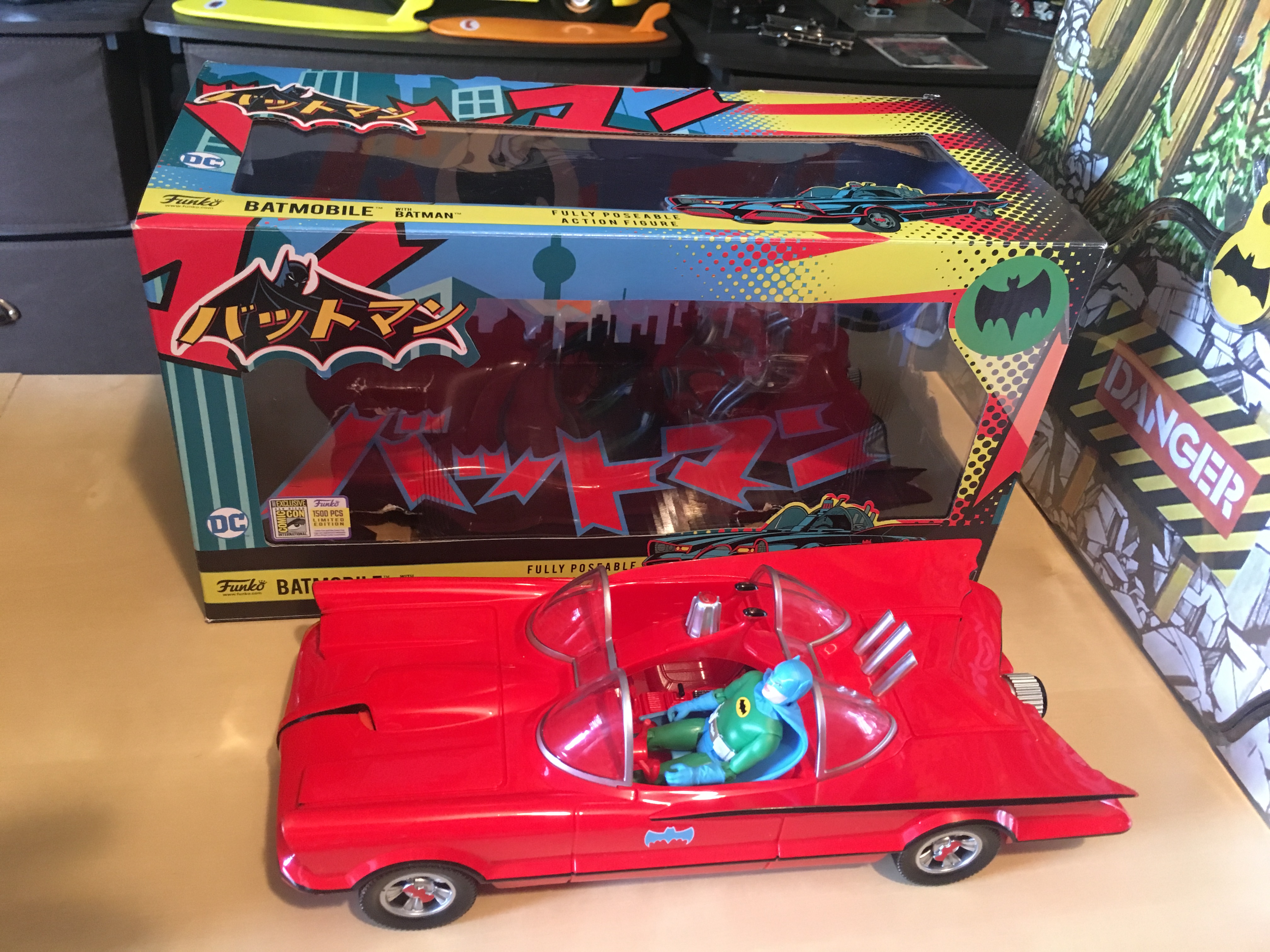 I have an original blue Batmobile myself and am rooting for Funko to produce a blue variant for New York Comic Con. The company is known for such things (click here for its Dorbz version). 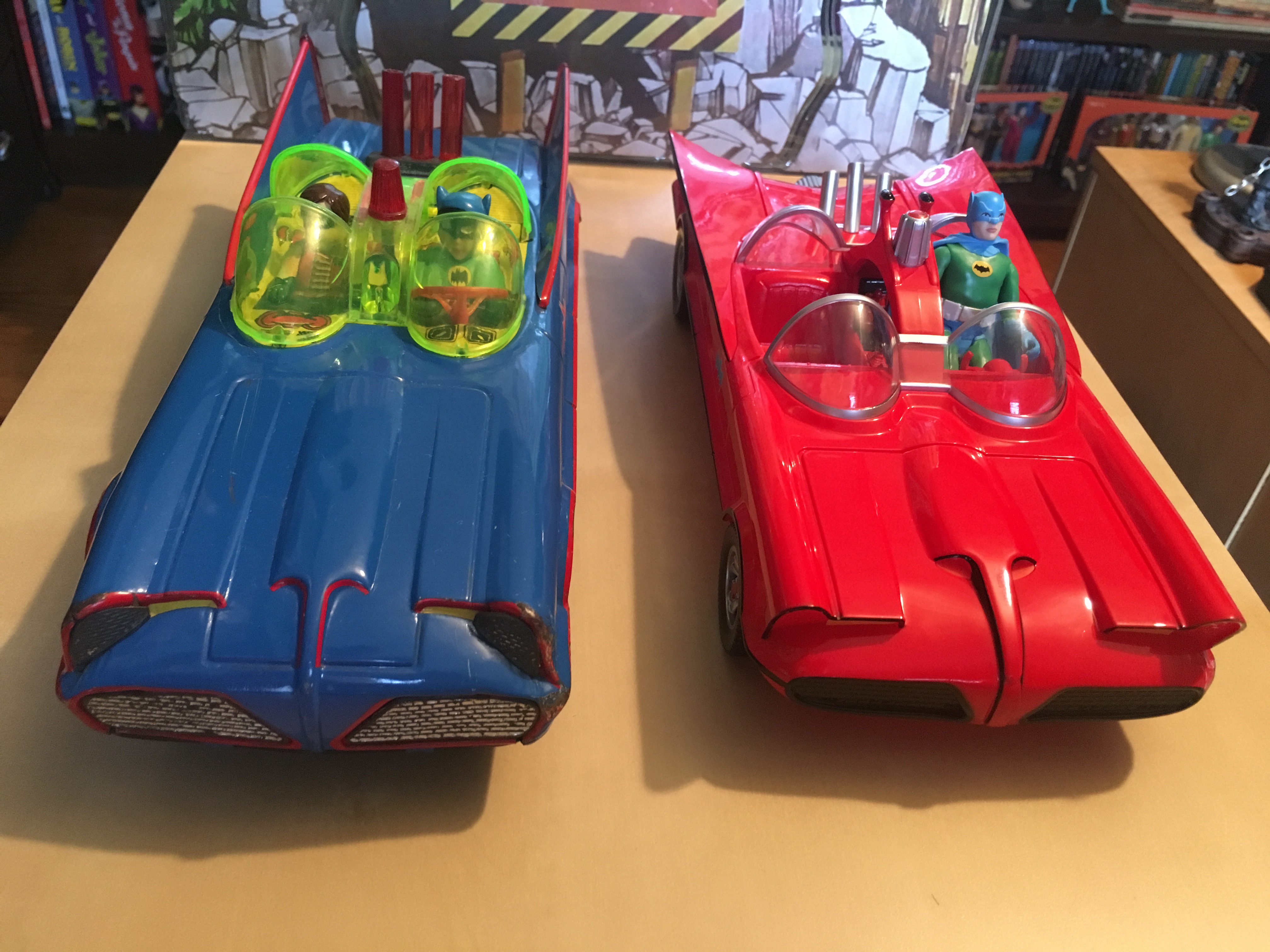 Taking a step back, though, let’s consider the red Batmobile. It’s not that far-fetched when you think about it. I mean, if there’d been a Season 4, can’t you just picture Batman giving one to Robin for his 18th birthday? He got his driver’s license in Season 3, after all. 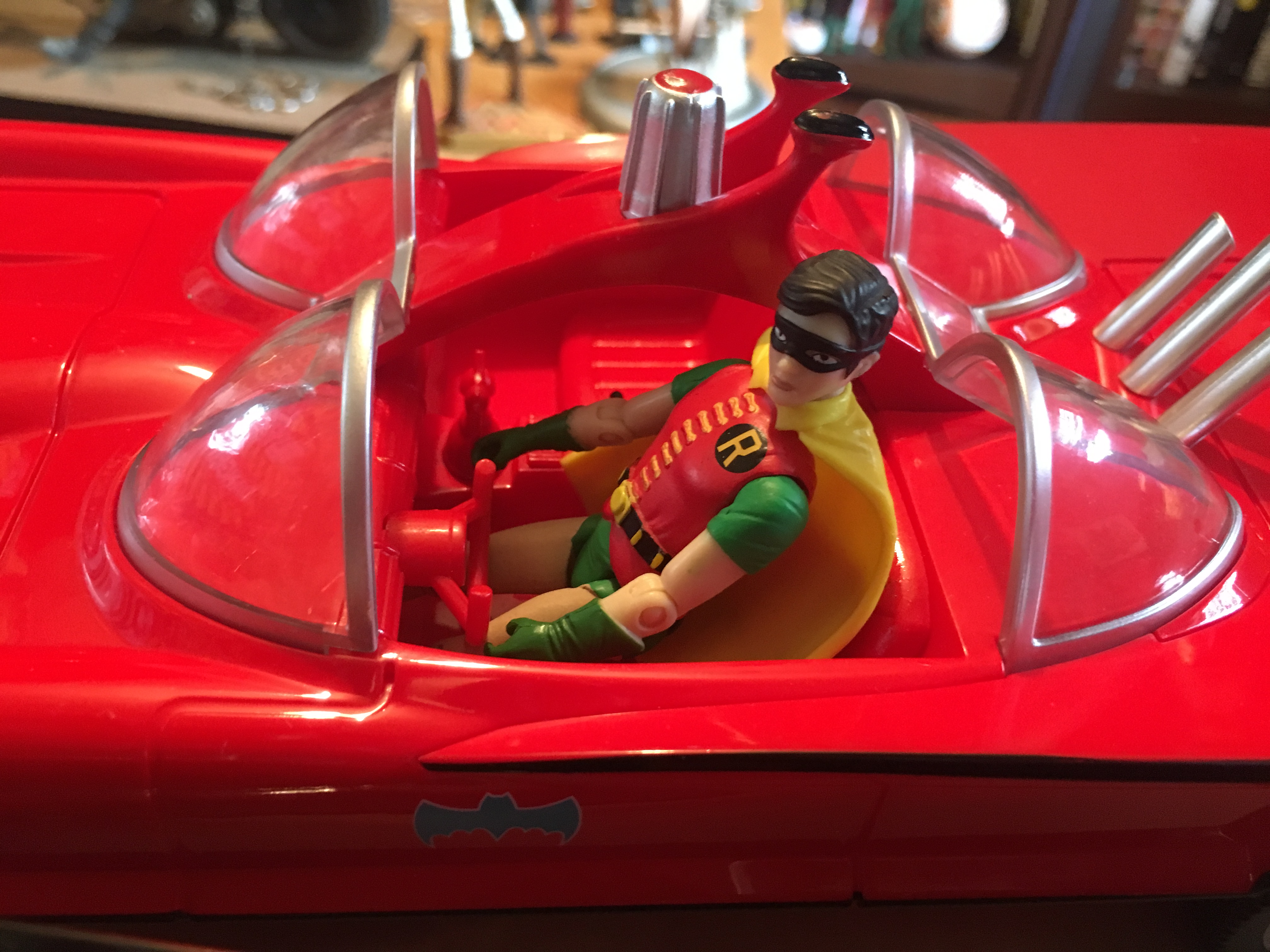 Plus, if Batman could end up with a pink cowl, what’s to say he wouldn’t end up dressed like this, thanks to the mirthful mayhem of the Joker? 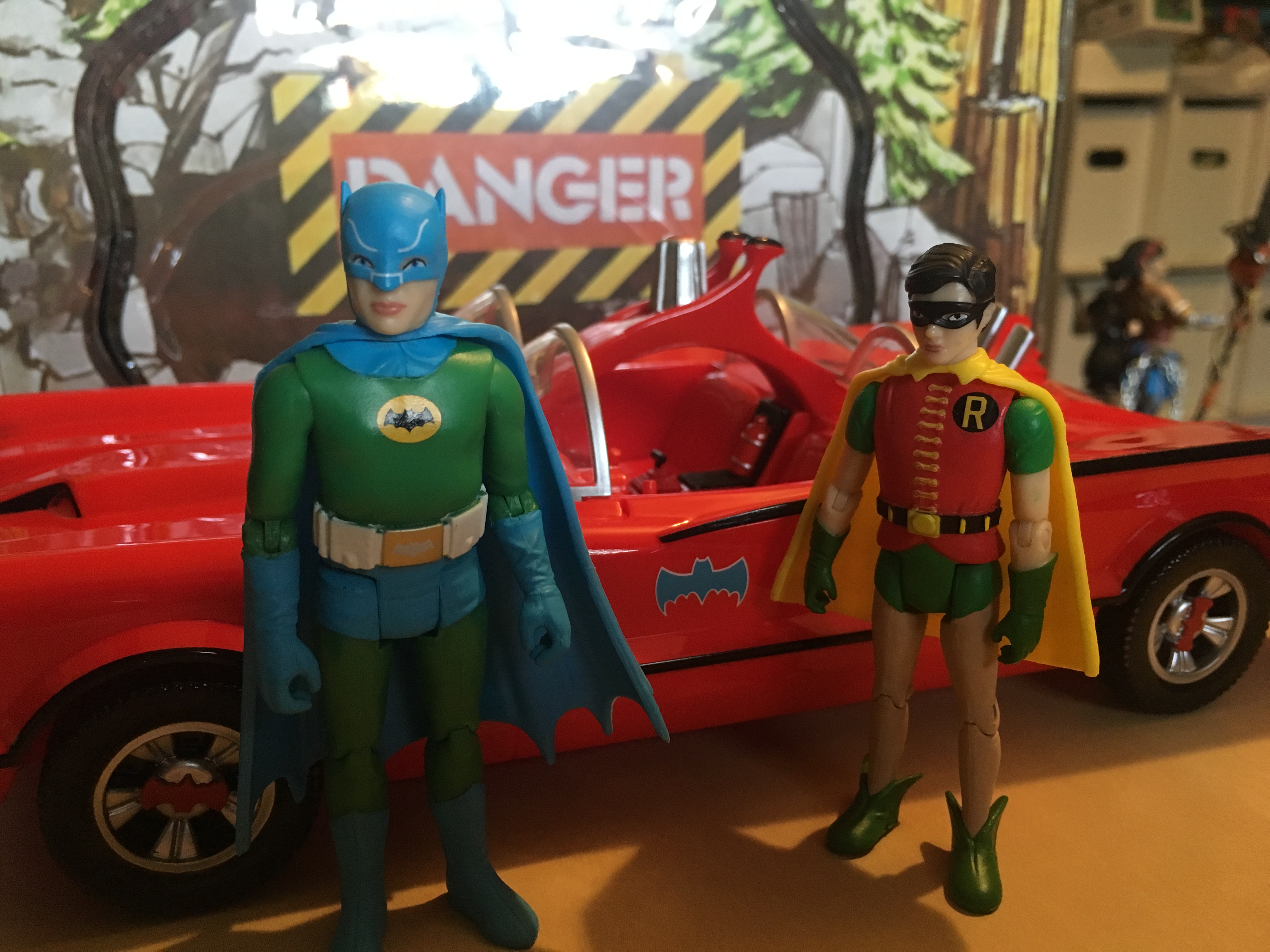 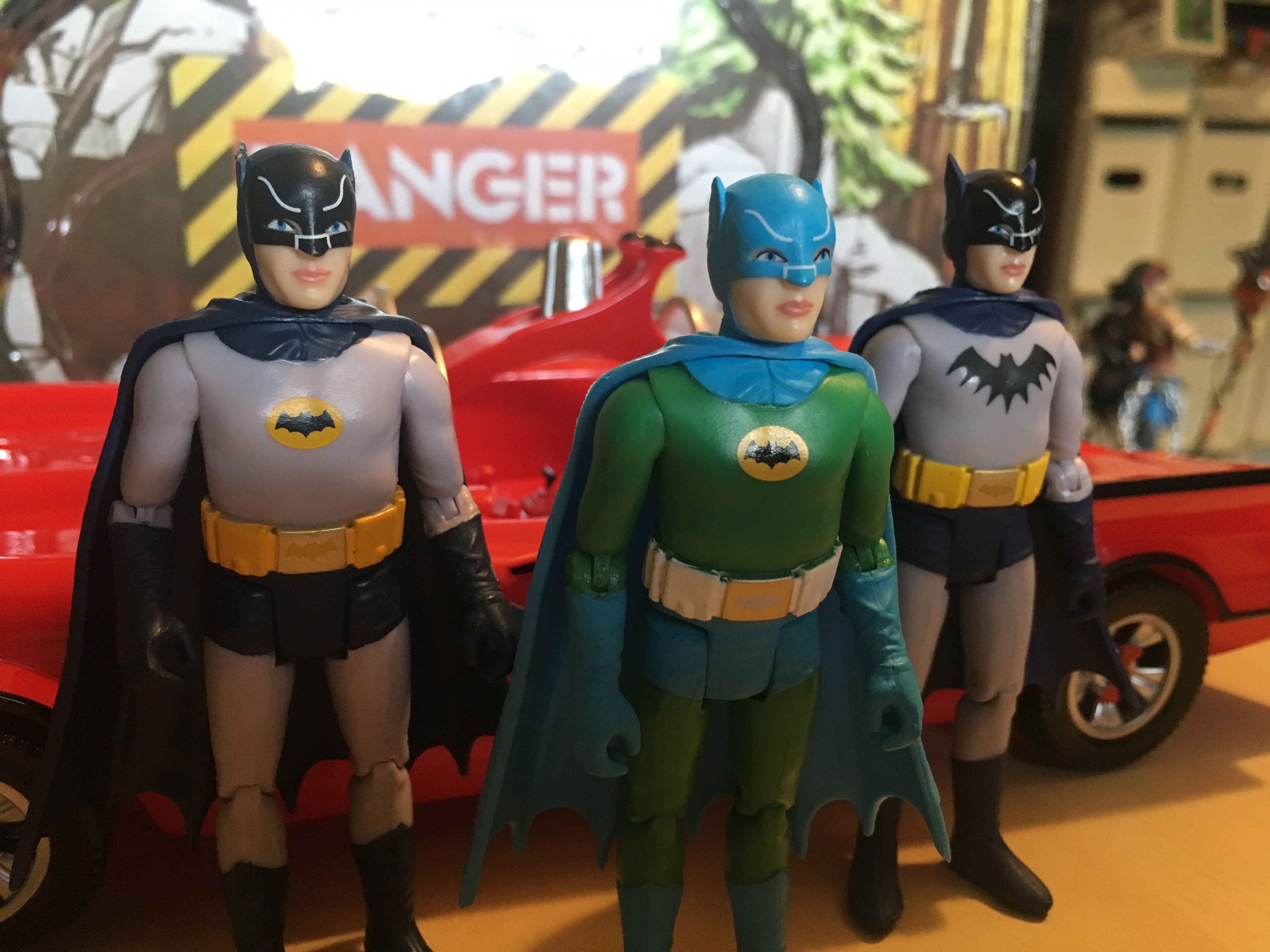 OK, I can’t ignore the downside: The price. It was for sale at SDCC for $50. That means instant mark-up on the secondary market. As I write this, the cheapest one on eBay is about $65, including shipping. So, if you’re into this, you’ll have to be one cagey bird to score it at a more affordable price.

Now, if you’re wondering what Funko may have up its sleeve come Wave 2, click here.

In the meantime, dig the rest of these pix — and check out what Funko senior designer Reis O’Brien had to reveal about the red Batmobile by clicking here. 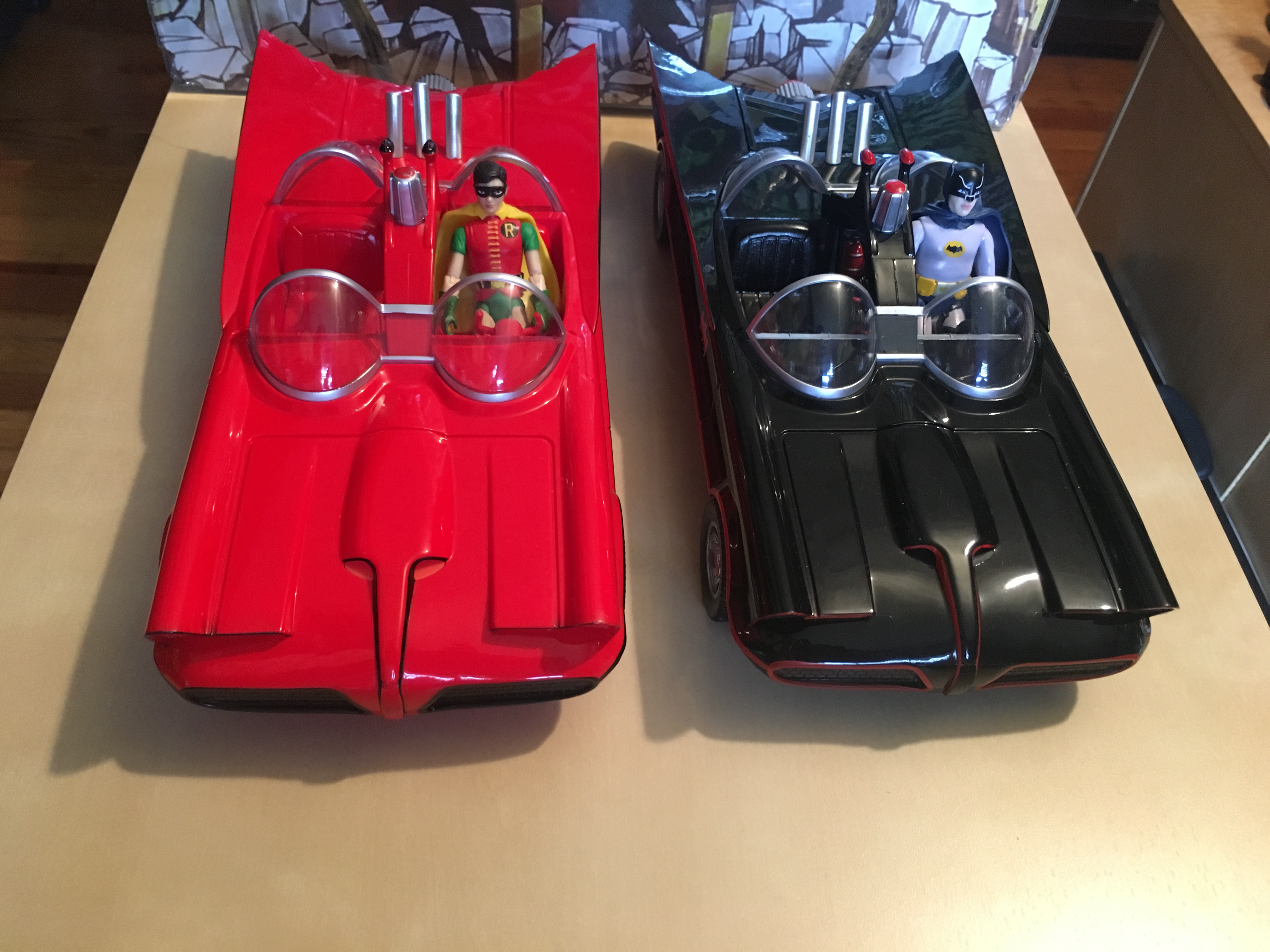 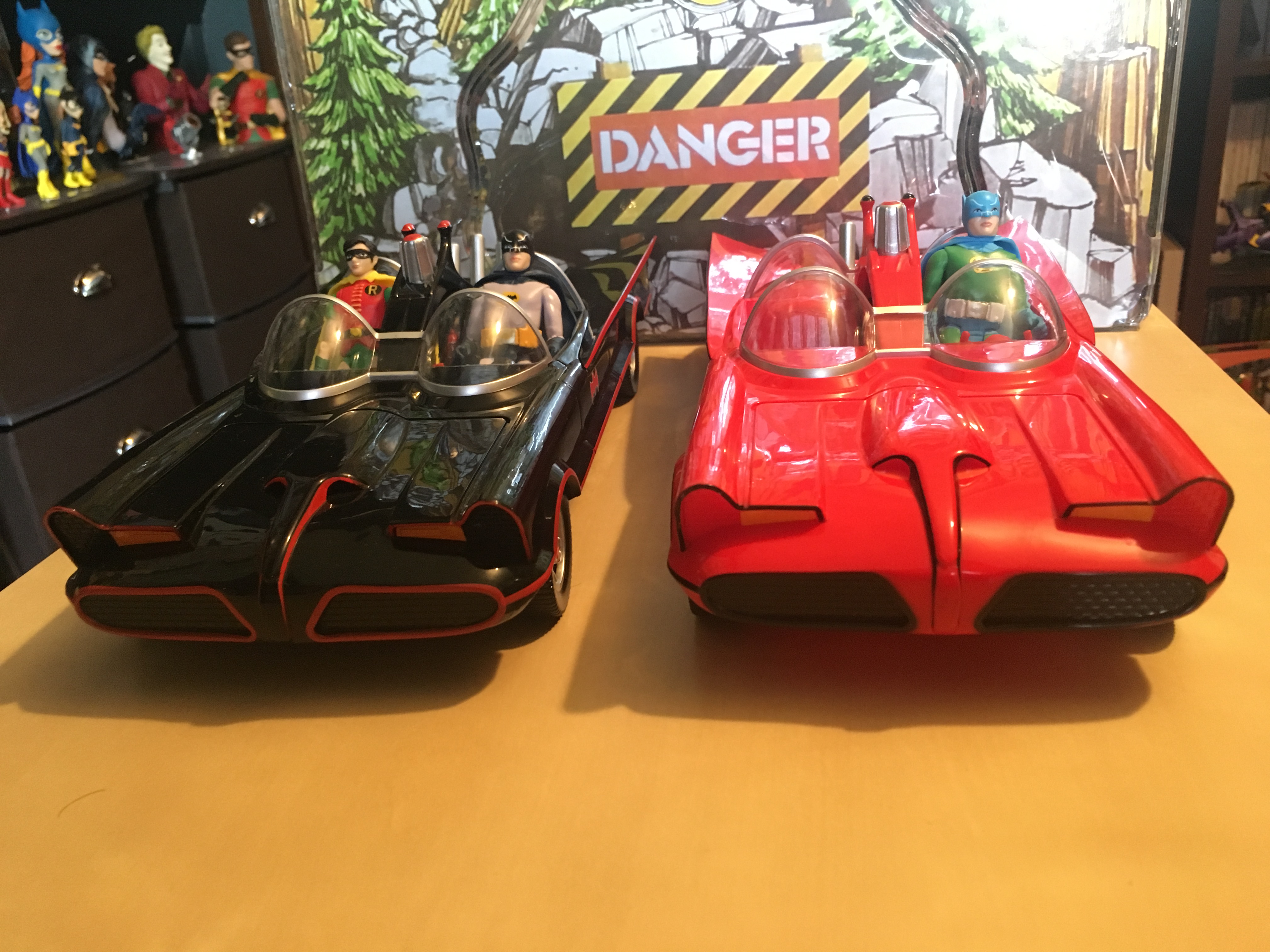 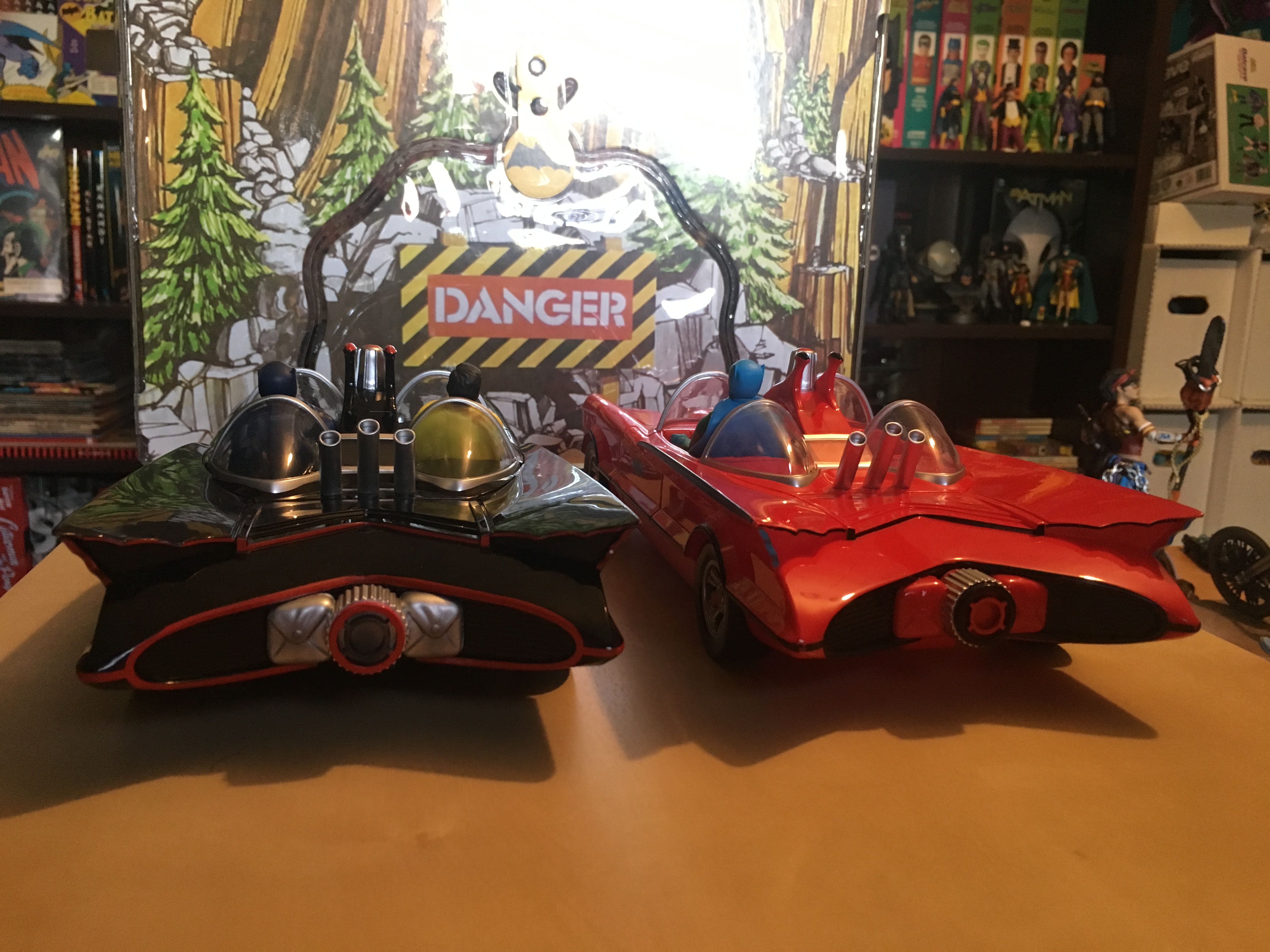 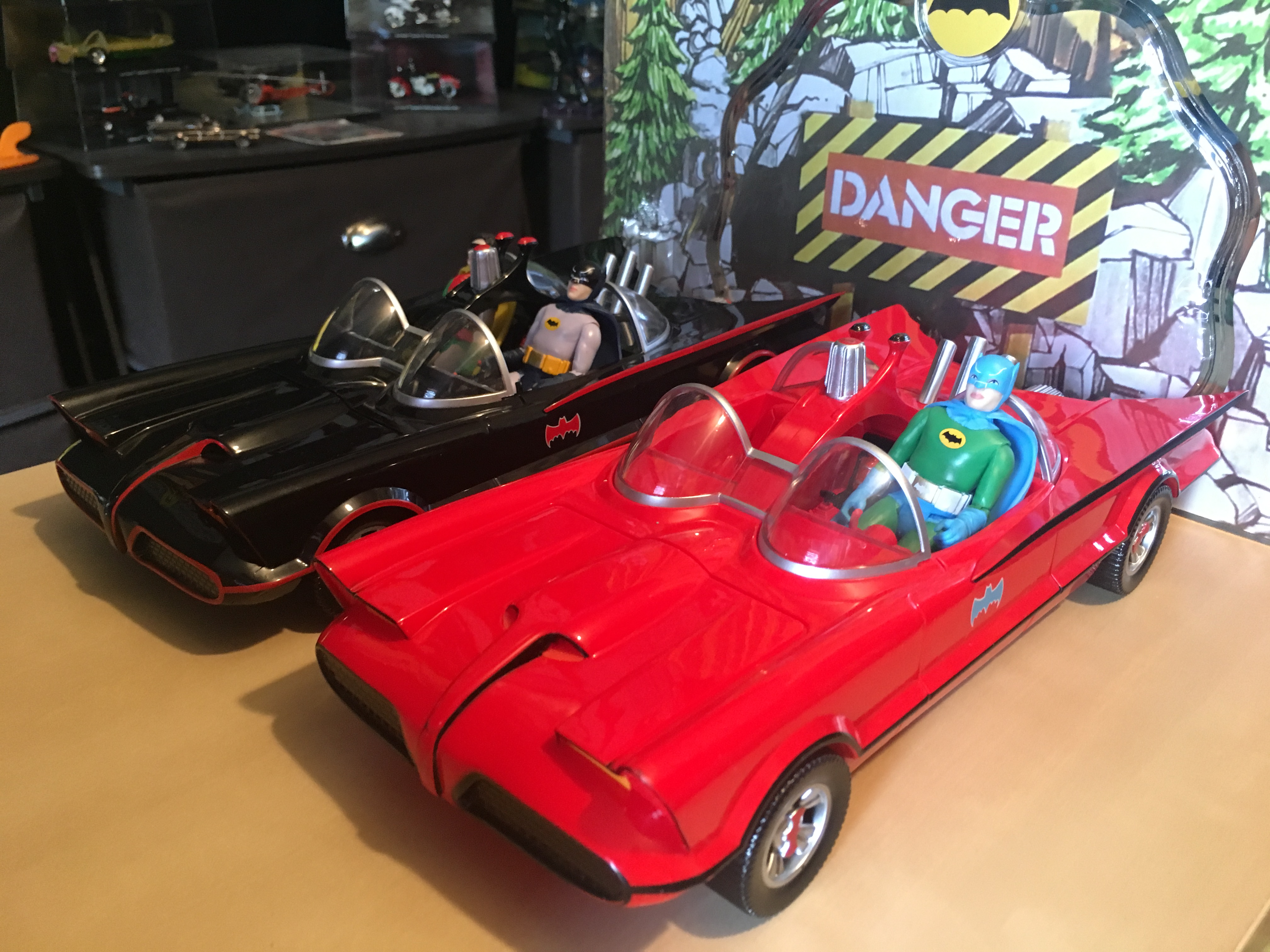 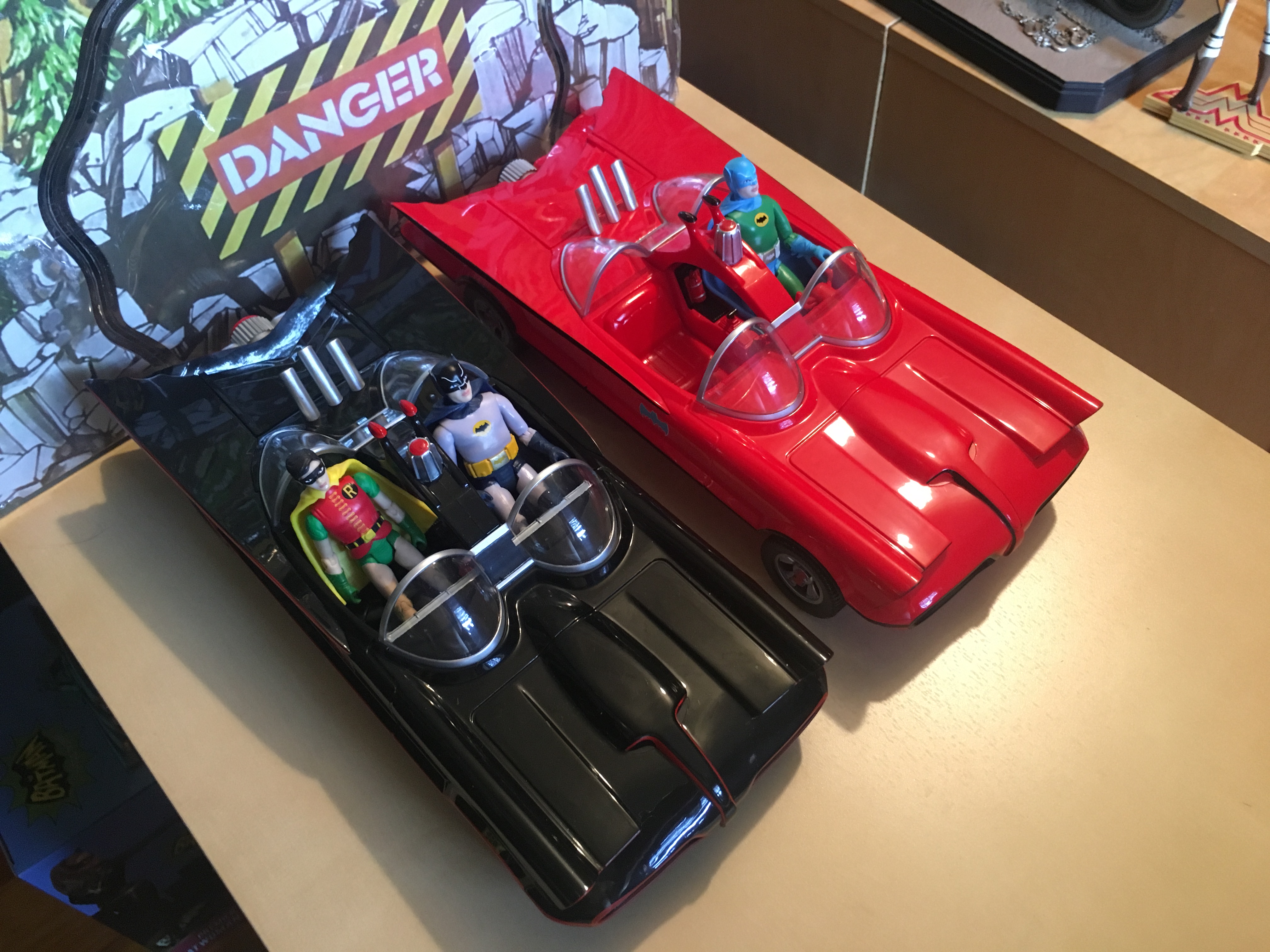 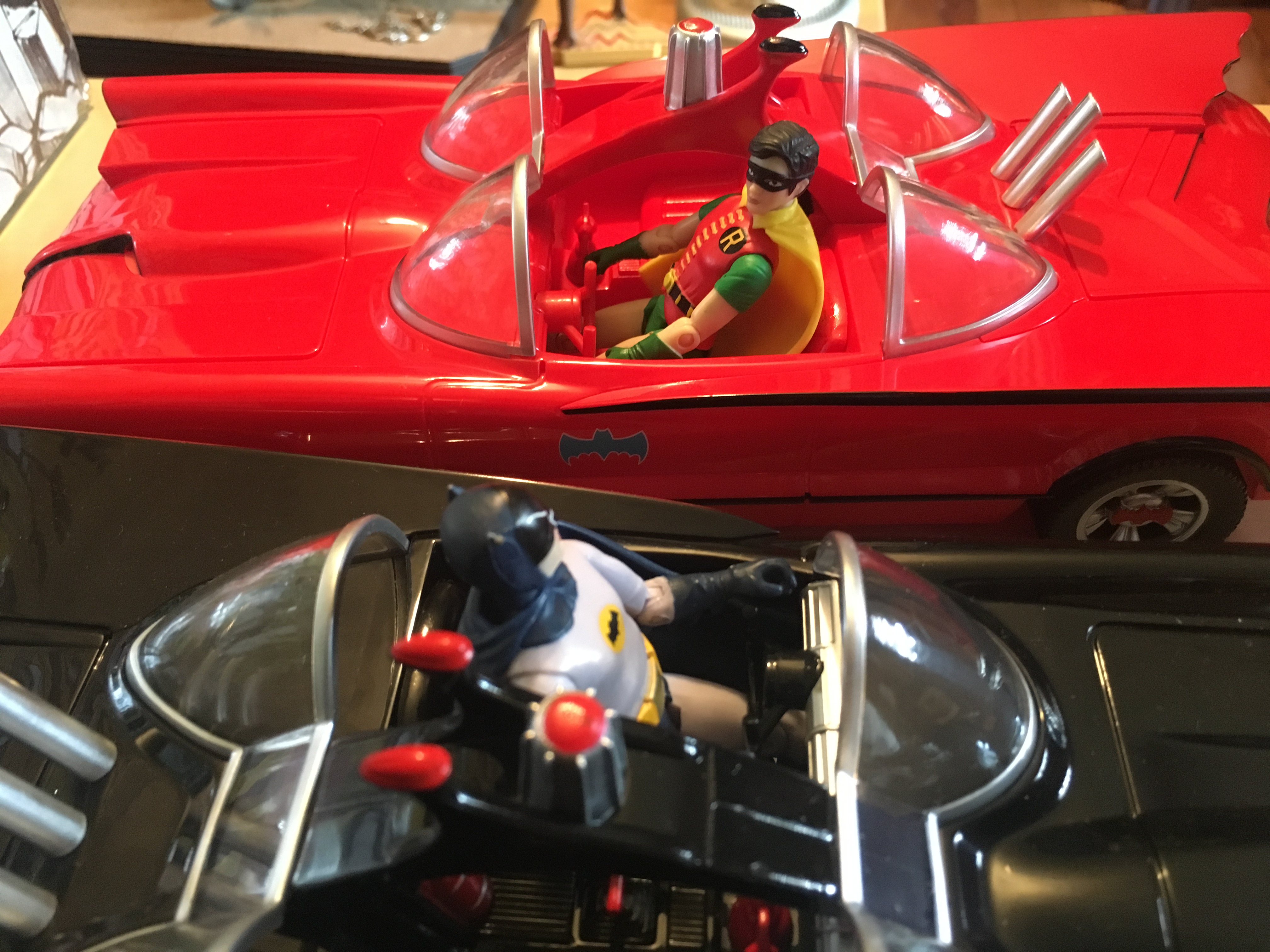 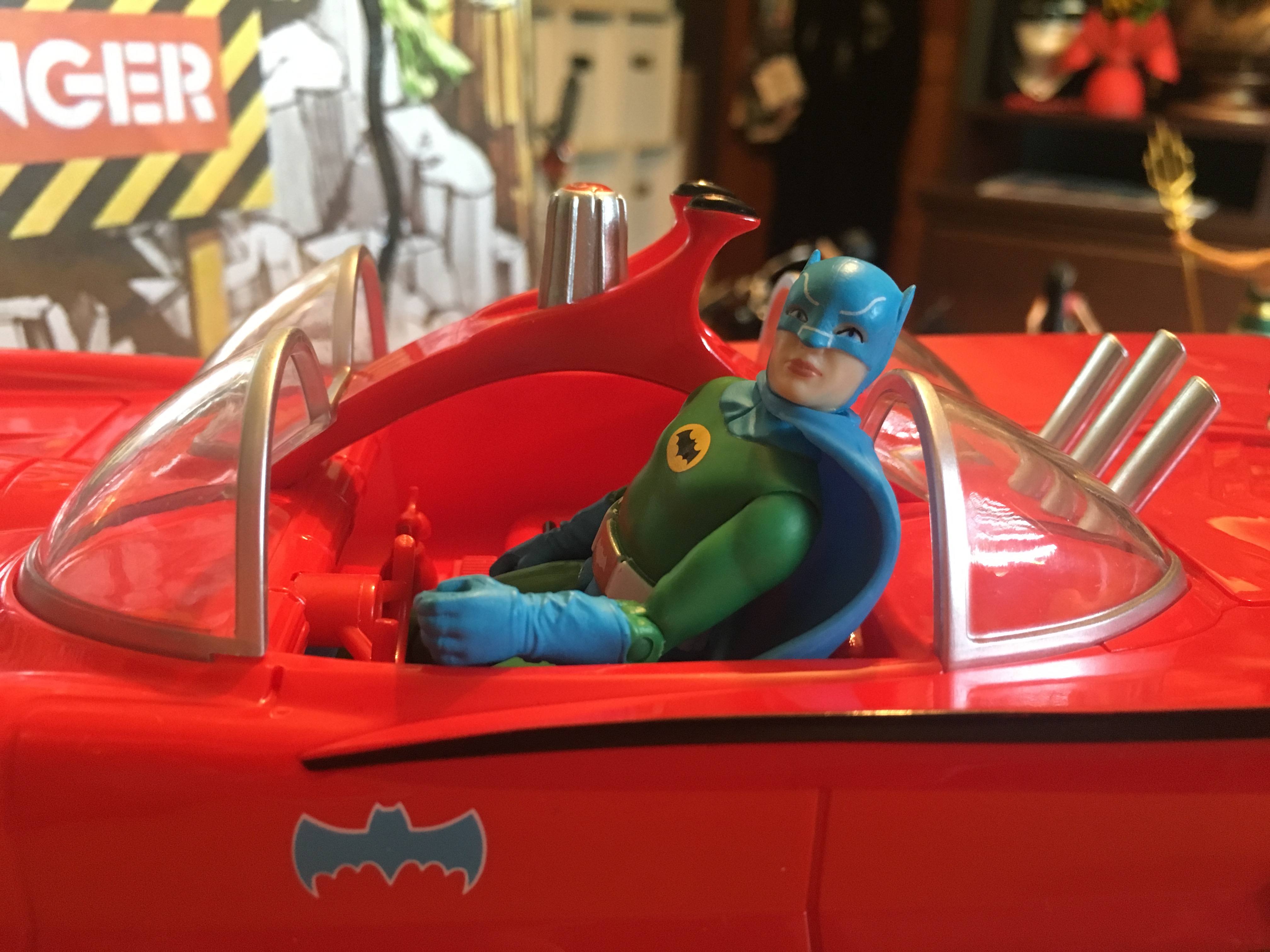