This week for RETRO HOT PICKS, Scott Tipton and I are selecting comics that came out the week of June 15, 1986.

(Keep in mind that comics came out on multiple days, so these are technically the comics that went on sale between June 12 and June 18.)

So, let’s set the scene: Ronald Reagan was in the middle of his second presidential term. Rodney Dangerfield’s comedy Back to School was the box-office leader, but Top Gun was still drawing crowds, as well.

It was rerun season but that didn’t stop The Cosby Show juggernaut, as the comedy continued its stranglehold on the Nielsens. Other popular shows included Family Ties, Cheers and Golden Girls.

On My Own, by Patti LaBelle and Michael McDonald, led the Billboard 100, though I confess I’ve never heard of the song. Perhaps I’d know it if I heard it, but not by name. Oh, well. Whitney Houston’s self-titled LP — featuring the ballad Greatest Love of All — was atop the album charts.

Highway to the Danger Zone…

Superman #423, DC. With John Byrne’s re-conceptualization of Superman only a month away, DC decided to give the original Man of Steel a curtain call like no other, and enlisted the best creative team possible to give Kal-El a proper goodbye. Writer Alan Moore, penciller Curt Swan, and inkers George Perez and Kurt Schaffenberger (the latter in the two-part tale’s closing chapter over in the pages of Action Comics, out later in June) reunite every single bit of the Silver Age Superman’s wonderful mythology in a note-perfect, tearjerking tale about the final days of the man the world called the Man of Tomorrow. It’s a love letter to everything that kids loved about Superman comics, told in an achingly adult fashion. It’s my favorite Superman story ever. 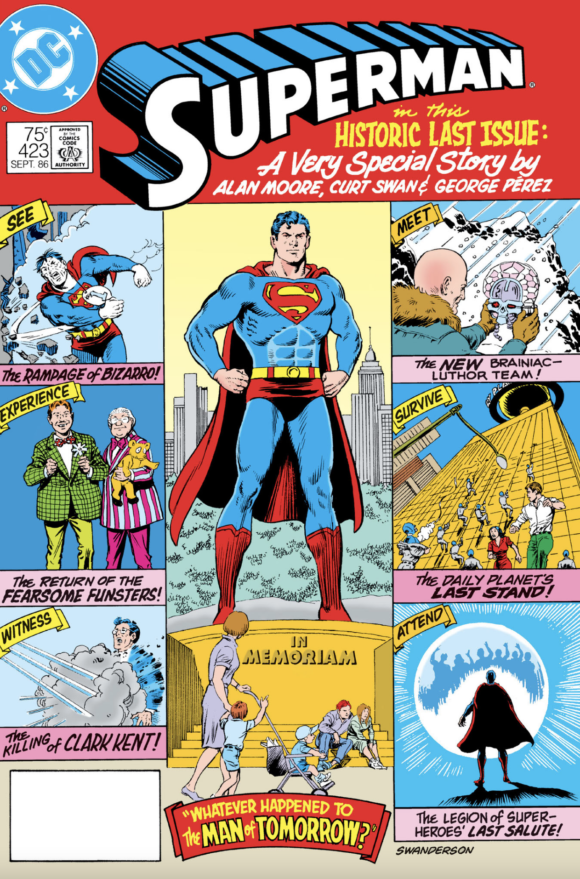 Dan adds: Actually, I got nothing to add. Scott pretty much covers it. Not my favorite Superman story ever but a durn good ‘un.

Blue Beetle #4, DC. At this point in the post-Crisis relaunch of Blue Beetle, I was 100 percent on board. Writer Len Wein was back in his ‘70s Spidey groove in scripting a solo hero, and Paris Cullins was giving us some cartoony and expressive art perfectly appropriate to the character. Loved every issue. 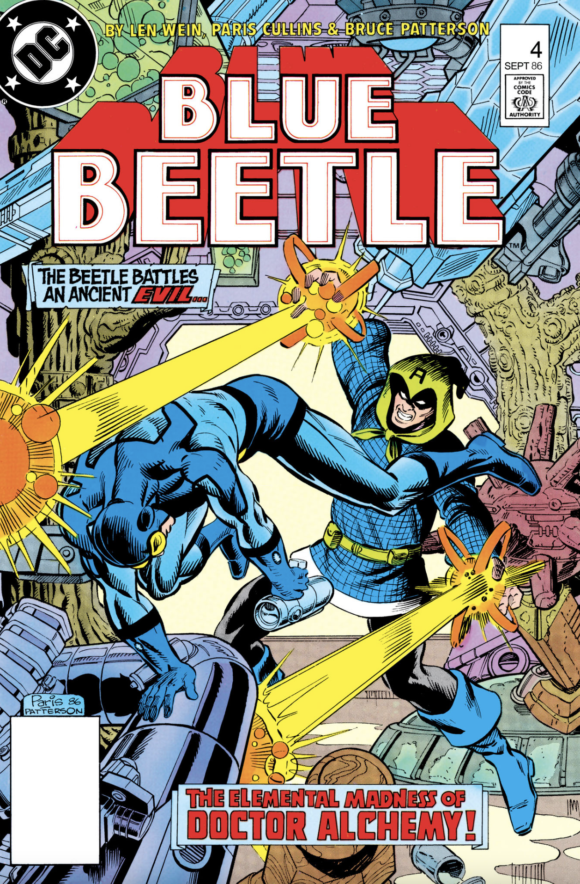 Classic X-Men #1, Marvel. In the days before Marvel Masterworks and Epic Collections, this book was a godsend. Young X-fans like me got to go back and experience the launch of the new X-Men from the beginning for only a dollar a month, with the addition of beautifully wistful new pages in every issue by X-architect Chris Claremont and artist John Bolton. 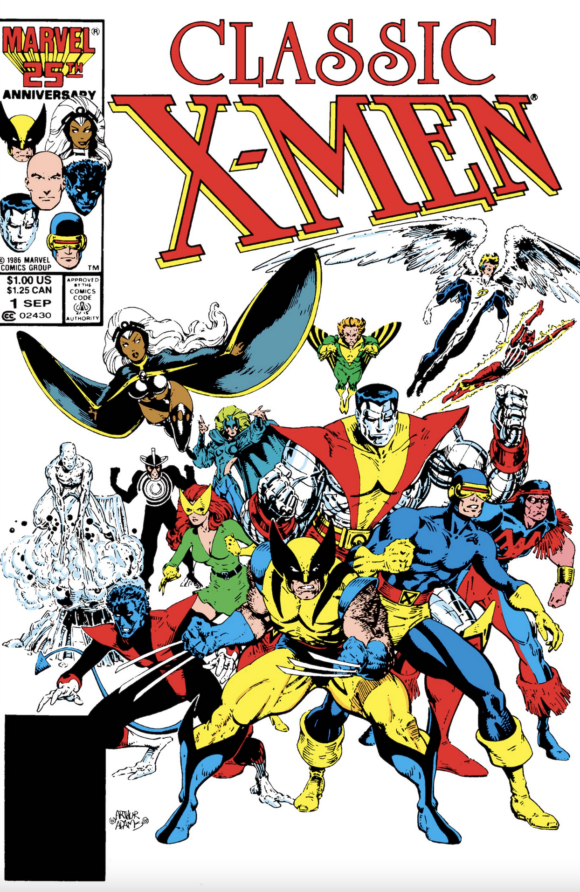 Secret Origins #6, DC. This is all about Marshall Rogers, one of the greatest Batman artists ever. He wasn’t terribly prolific on the Dark Knight — not necessarily by his choice, as I understand it — so any opportunity to see his Bat-art is a special occasion. Here, he goes Golden Age with an expanded origin of the ’30s-’40s Caped Crusader written by Roy Thomas. A treat. 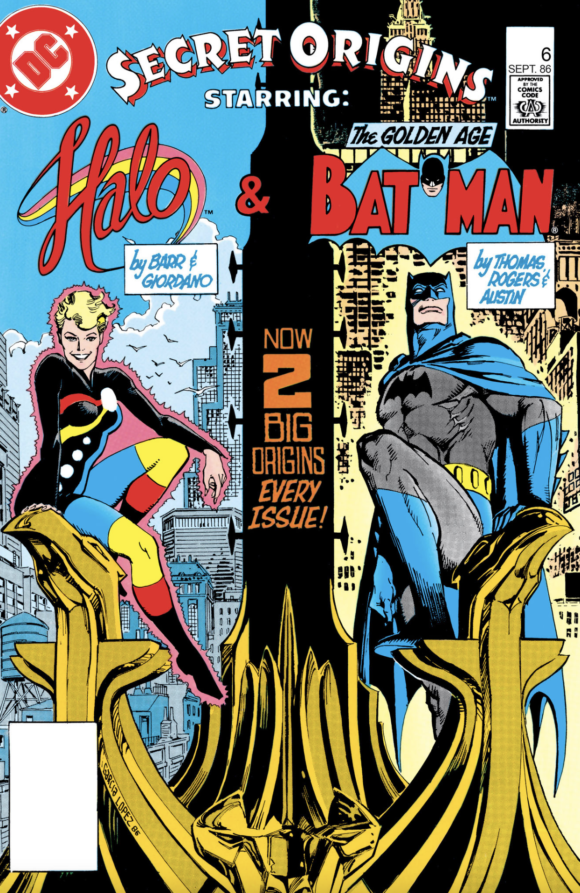 Scott adds: I loved this book’s “one modern hero/one Golden Age hero” monthly schedule, and this issue was a great example, with a long-needed focus on Halo from Batman and the Outsiders, alongside a brilliant retelling of Batman’s origin from Roy Thomas and Marshall Rogers.

Amazing Heroes #97, Fantagraphics. The cover story is all about the new maxi-series by Alan Moore and Dave Gibbons that DC launched earlier in June. Whatever became of that? Oh. Right. 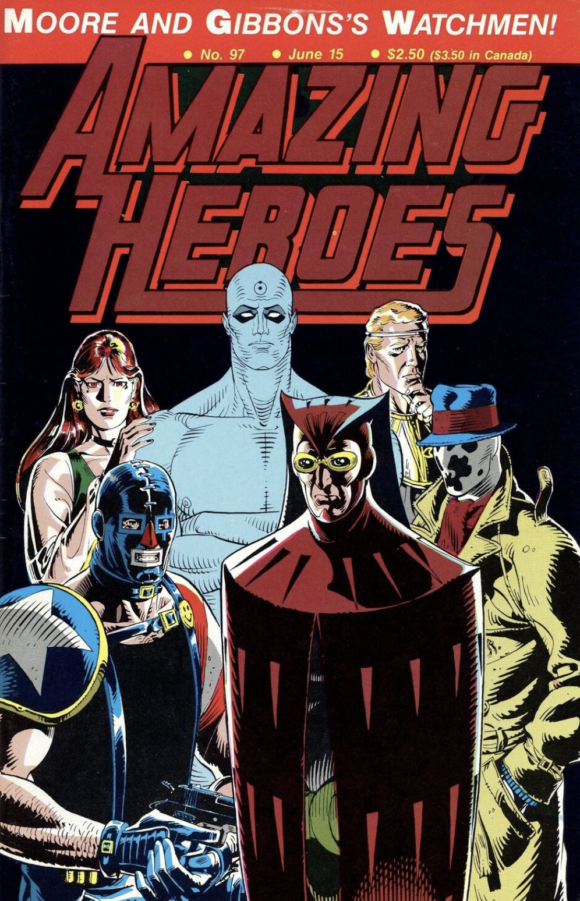 The Dark Knight Returns #4, DC. The finale to Frank Miller’s magnum opus — with Klaus Janson and Lynn Varley, natch — came out later in the month. I note that only because you should take a moment to think about what came out in June 1986: Watchmen #1, DKR #4, Whatever Happened to the Man of Tomorrow? and Swamp Thing by Moore and Rick Veitch. And just around the corner in July was John Byrne’s Man of Steel (which was featured in Amazing Heroes #96, also out in June). Cripes! 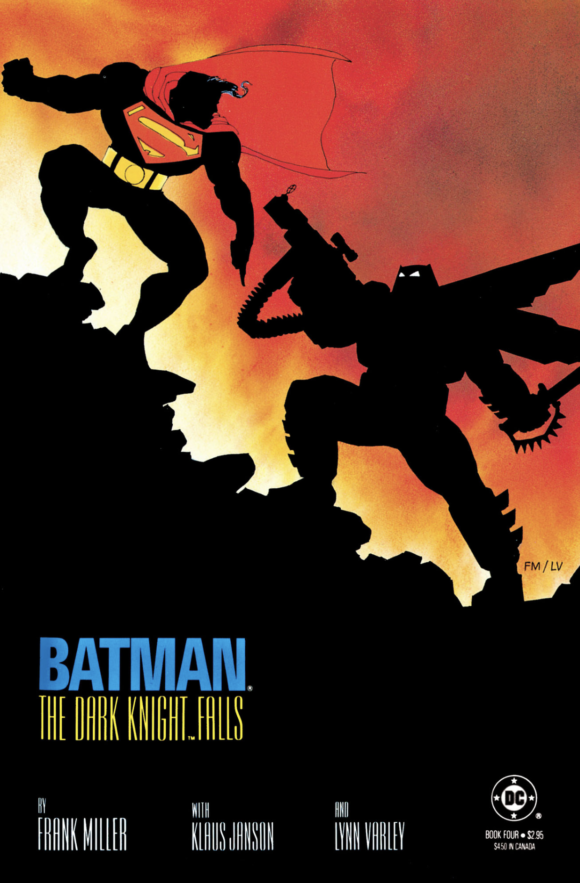