This week for RETRO HOT PICKS, Scott Tipton and I are selecting comics that came out the week of Nov. 24, 1977.

(Keep in mind that comics came out on multiple days, so these are technically the comics that went on sale between Nov. 21 and Nov. 27.)

So, let’s set the scene: Jimmy Carter was wrapping up his first year in the White House. Star Wars, which of course came out in May, returned to No. 1 at the box office in its 27th week of release. But you know what was also big in theaters? Close Encounters of the Third Kind, which came out Nov. 16. Man!

Laverne & Shirley — the 1970s’ answer to Lucy and Ethel — was atop the Nielsen ratings. Happy Days, which spun off Laverne & Shirley, was still hugely popular, as well. Garry Marshall had the Midas touch — though Happy Days jumped the shark back in September. Not-so-Happy Days were coming.

Debby Boone’s treacly You Light Up My Life led the Billboard 100. Didn’t like it then, don’t like it now. Just for kicks, the No. 13 song on the list was You Making Loving Fun, by Fleetwood Mac. I dig that one. Meanwhile, the band’s epochal Rumours was the dominant force on the 1977 album charts and was the best-seller this week. A juggernaut was just forming though — the Saturday Night Fever soundtrack was released this month and would become one of the defining albums of the decade.

Batman Family #16, DC. I’ve said it before and I’ll say it again: Pound for pound, Batman Family was the most consistently entertaining Batbook of the ’70s. Batman and Detective each had much higher highs (more on that in the second), but Batman Family brought the fun, issue in and issue out. In this ish, we get a Robin/Batgirl/Harlequin/Bat-Girl adventure, plus a groovy Jason Bard/Man-Bat team-up. To this day, this is my fave Man-Bat period. Both were written by Bob Rozakis and the Man-Bat story featured nifty Michael Golden art. A lot of entertainment for 60 cents. 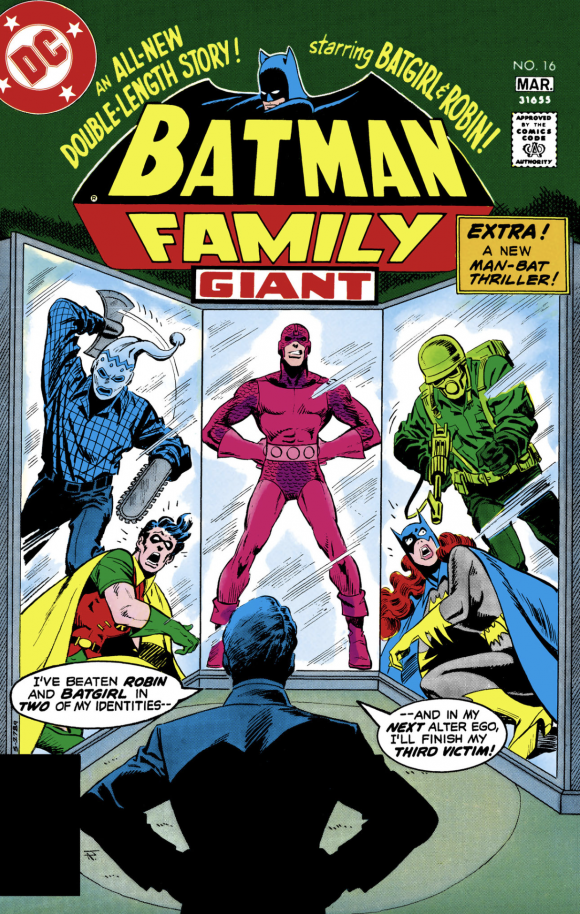 What If? #7, Marvel. This one asks the question, “What if someone else besides Spider-Man had been bitten by the radioactive spider?” and supplies us with different scenarios. I so wish DC had a title like this back then. The later Elseworlds were great but this was really a different, more playful animal. 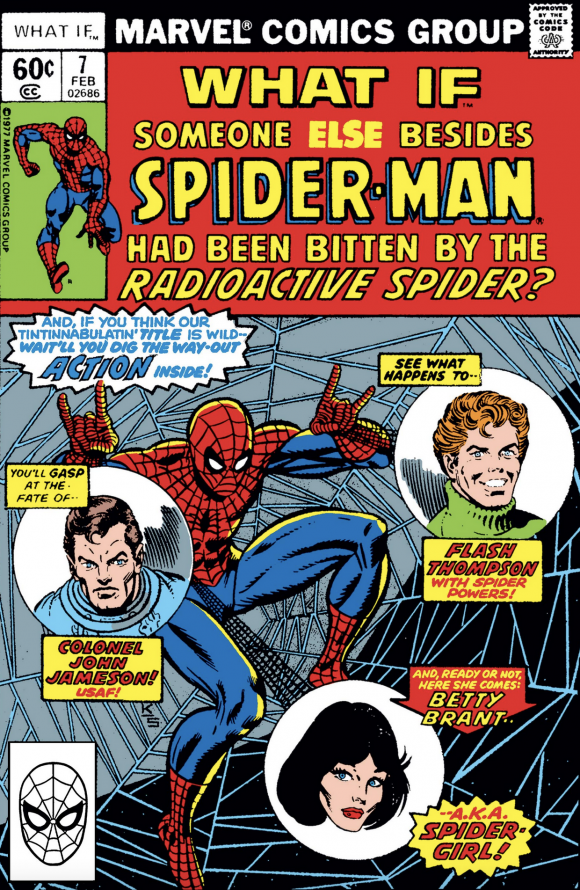 Spidey Super Stories #31, Marvel. The House of Ideas and The Electric Company tap into the zeitgeist with this ingenious Star Wars parody. (Hell, even Mark Hamill knew Darth Vader was really Doctor Doom.) 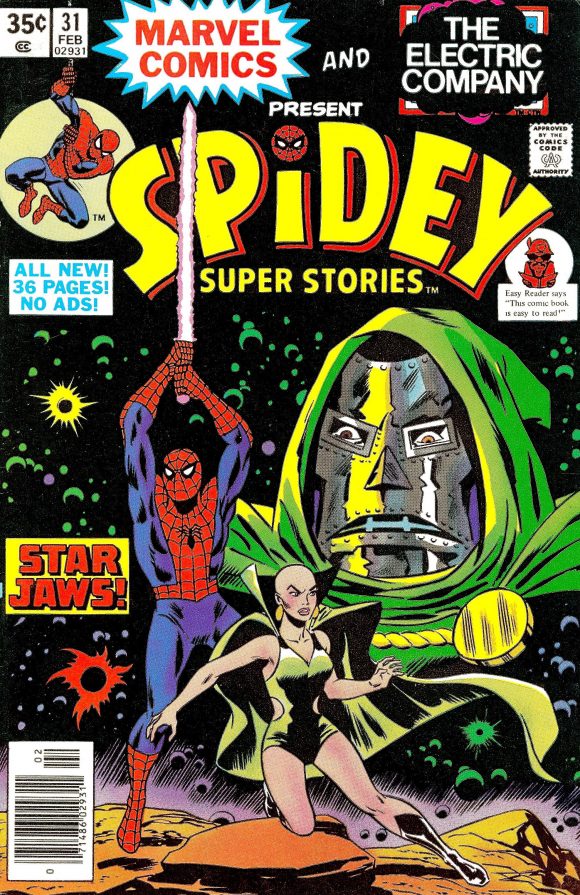 Detective Comics #475, DC. OK, this is the second week in a row where I’m cheating and I promise not to make a habit of it: This issue didn’t come out until the following week but because of release-date patterns that are too boring to explain, I’m including it. After all, it’s not just the penultimate chapter of the greatest single Batman storyline ever — the Steve Englehart/Marshall Rogers/Terry Austin run — it’s Part 1 of The Laughing Fish, one of the two or three best Joker stories in history. You cannot lose no matter what. (Want Steve Englehart’s POV on the ish? You do. Click here.) 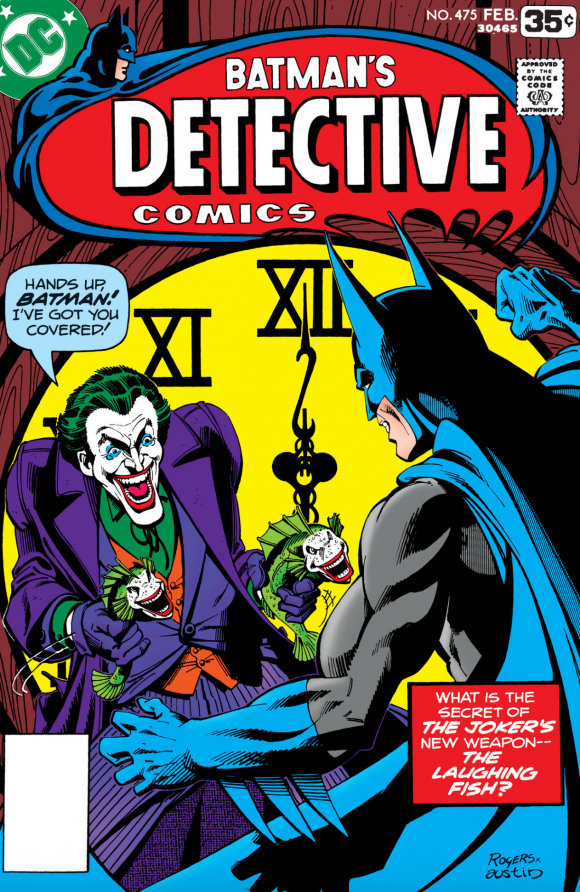 Scott adds: One of the most famous Joker stories ever published, from Steve Englehart and Marshall Rogers’ legendary run on Detective Comics. If you had to ask me for a single issue to show writers and artists how the Joker should be portrayed, this is the one story I would give them.

All New Collectors’ Edition #C-54, DC. This also came out the following week. The Superman vs. Wonder Woman tabloid by Gerry Conway, Jose Luis Garcia-Lopez and Dan Adkins has recently been reprinted, by the way, so it’s pretty easy to check out how cool this one is. 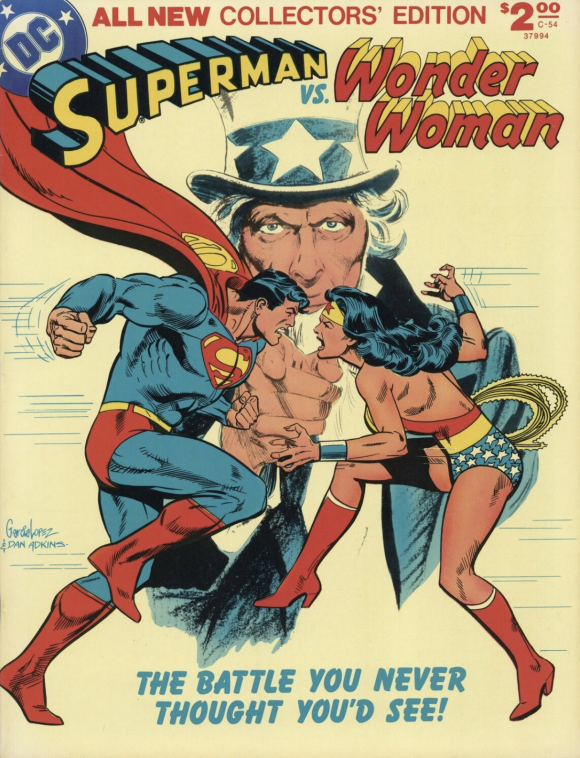 Peter Parker, The Spectacular Spider-Man #15, Marvel. Let’s set the Wayback Machine for 1977: What was popular at the time? Eighteen-wheelers and CB radios. Honest. Look no further than the newly debuting superhero to Spidey’s right: Razorback, a long-haul trucker from Texarkana, who rode around fighting crime in a tricked-out semi he had named “BIG PIG.” I love comics. 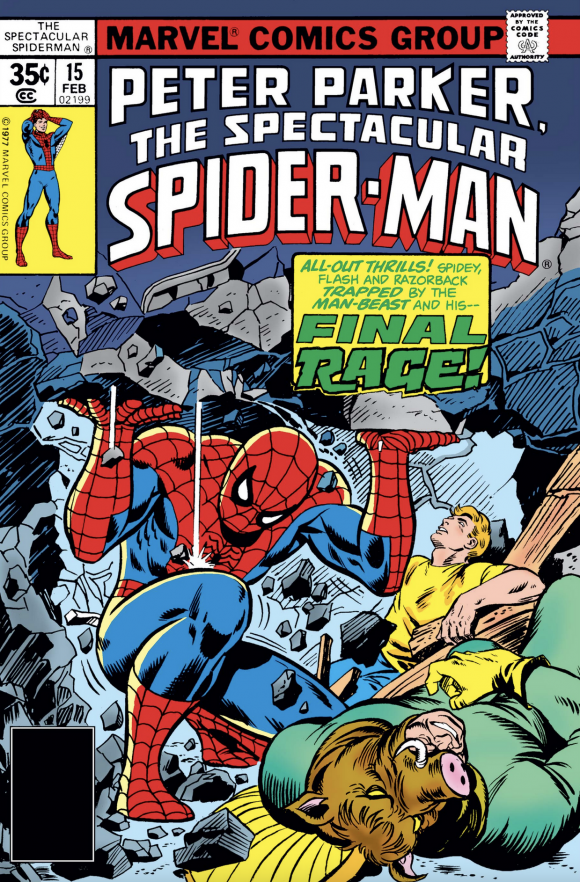 Teen Titans #53, DC Comics. What a great cover. This shot of the Titans opening a can of whoop-ass on their mentors totally drew me to the spinner rack at the Quik Stop. Little did I know it was the last issue of the series, which had consistently been a favorite, and that I wouldn’t see the Titans in their own book again for four years or so. 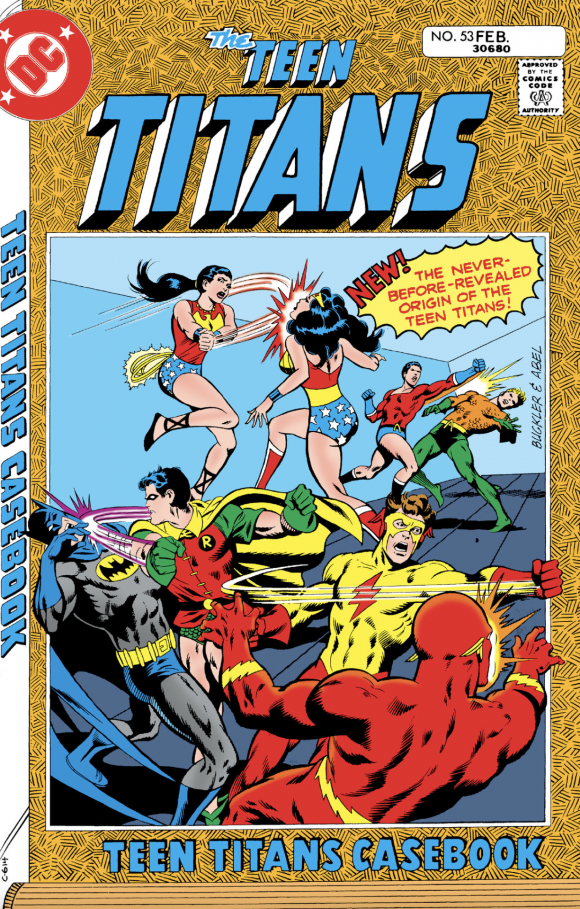 Dan adds: Fun issue — and a retcon telling the story of how the Titans first formed. In reality, the team came together more organically but this was a pretty good way to end the second iteration of the series. Next stop for the Titans: Wolfman and Perez in 1980.