This week for RETRO HOT PICKS, Scott Tipton and I are selecting comics that came out the week of Nov. 17, 1983.

(Keep in mind that comics came out on multiple days, so these are technically the comics that went on sale between Nov. 14 and Nov. 20.) 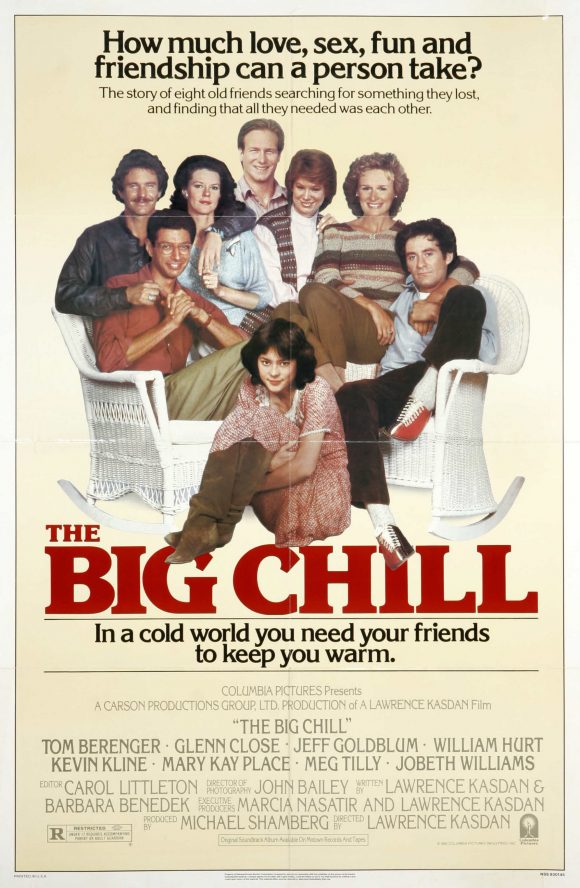 So, let’s set the scene: Ronald Reagan was headed into his re-election year. There’s no accounting for taste, but Amityville 3-D was tops at the box office. That said, the influential The Big Chill, which had been out for almost two months, was among the most popular movies in the country. But you know what also came out this week? A Christmas Story!

The ABC made-for-TV movie The Day After, about the aftermath of a US-USSR nuclear war, was one of the biggest television events of the decade. More than 100 million people watched the program, which at the time was a record for the highest-rated TV film in history. 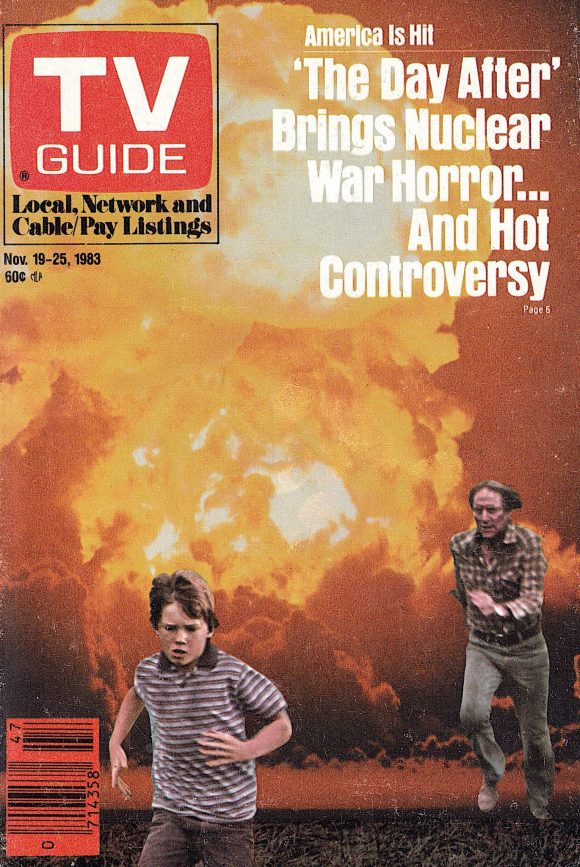 Lionel Richie’s All Night Long (All Night) was No. 1 on the Billboard 100, though my fave in the Top 10 was probably One Thing Leads to Another by The Fixx, in the eighth slot. The Police’s Synchronicity continued its dominance of the album charts — part of the album’s run of 17 nonconsecutive weeks at the top. (Keep in mind that Michael Jackson’s Thriller, which came out about a year earlier, was still an absolute monster and was in the No. 3 position. In between was Quiet Riot’s Metal Health.)

The Saga of Swamp Thing #21, DC. There aren’t many other instances I can think of where a single issue by a new writer altered the course of a character (and a publisher) so radically. With this first issue by Alan Moore (after he tied up loose ends in Issue #20), the long-overused comics cliché was for the first time true: Things never were the same. Like with a few other landmark comics, this issue is forever burned in my brain. “Oh, that was just a plant. But then, so are you…” 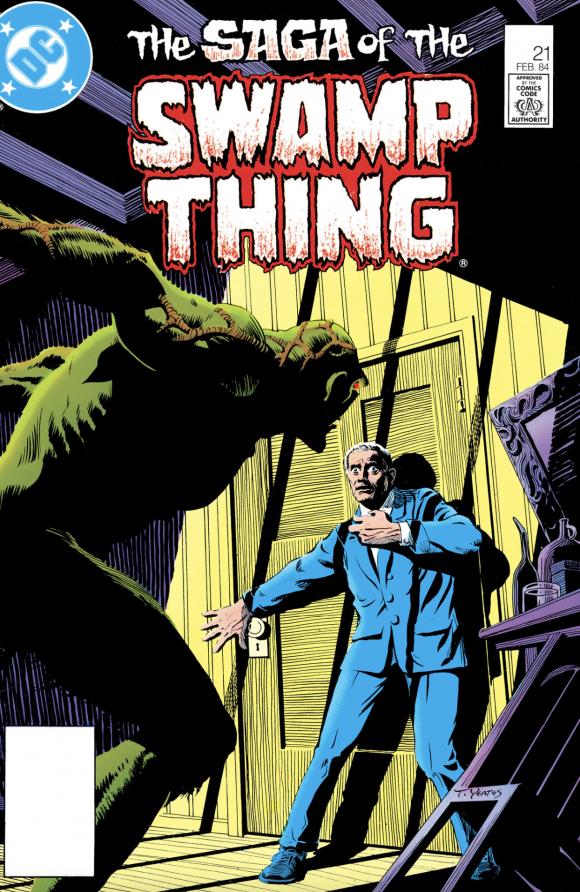 Fantastic Four #263, Marvel. This John Byrne-written and drawn issue’s twisted takeoff on a demented, world-conquering Walt Disney-type really shocked me as a kid. I was even more surprised when The Venture Bros. had a very similar take on Walt-as-supervillain about three decades later. 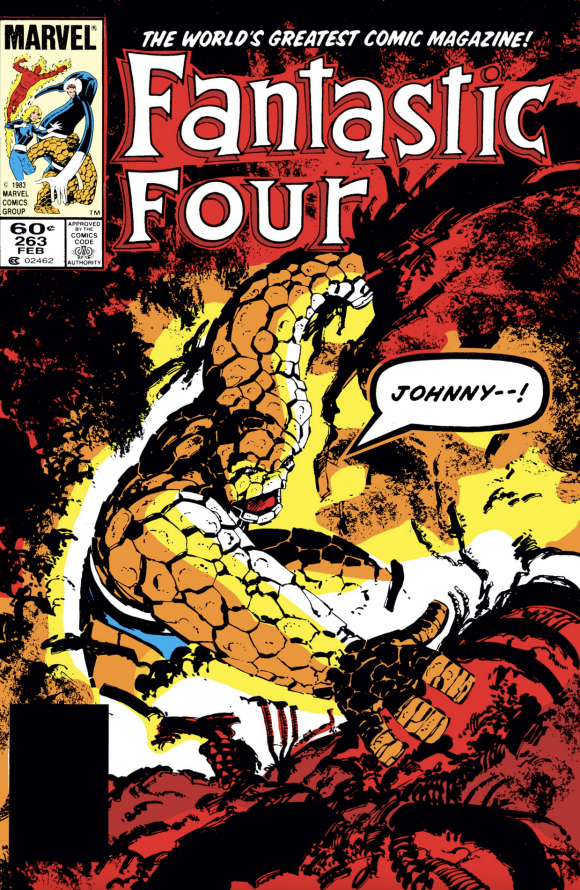 Peter Parker, the Spectacular Spider-Man #87, Marvel. I was such a fan of this run that I was actually a postal subscriber, and when I got this issue in the mail, man, it broke my heart. After a long buildup of the Spidey/Black Cat romance, Spider-Man takes the biggest step there is and unmasks, and Felicia Hardy is just so not into it. Like, at all. I still shudder just thinking about it. 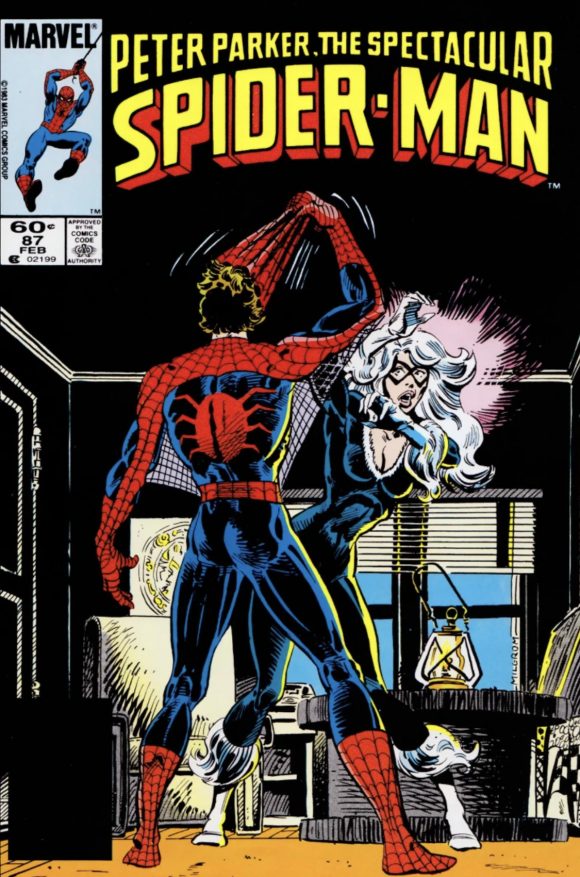 Supergirl #16, DC Comics. My first exposure to the marvelously wacky Ambush Bug! As great as he was here, the character would be even more wonderfully insane in his two miniseries to come, some of the most hilarious and subversive comics DC ever published. 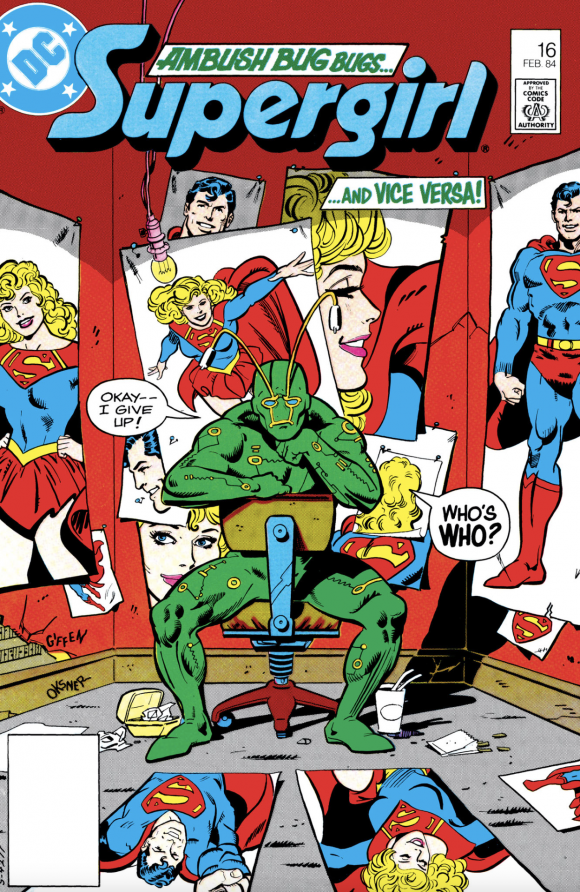 Amazing Heroes #35, Fantagraphics. Did you know that this issue commands a lotta cash? A copy in decent condition recently sold on eBay for $65, which appears to be on the lower side. I wish I could say it was because of Kevin Nowlan’s groovy rendition of the Inferior Five on the cover. But no — it’s because the ish featured the second preview of Spidey’s new black costume, which hadn’t been in the comics yet. 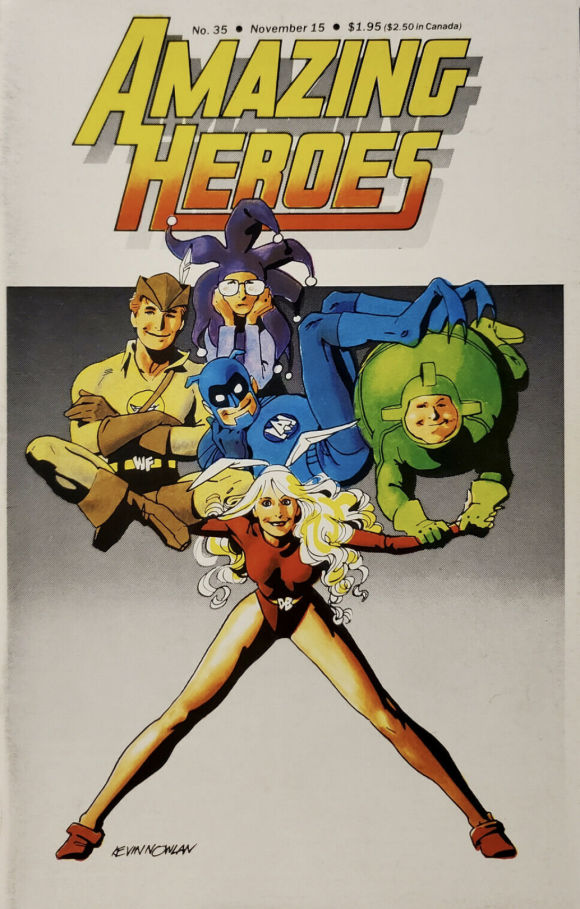 What If? #43, Marvel. What if Conan the Barbarian were stranded in the 20th Century? He’d become a big movie star and, someday, the governor of California. 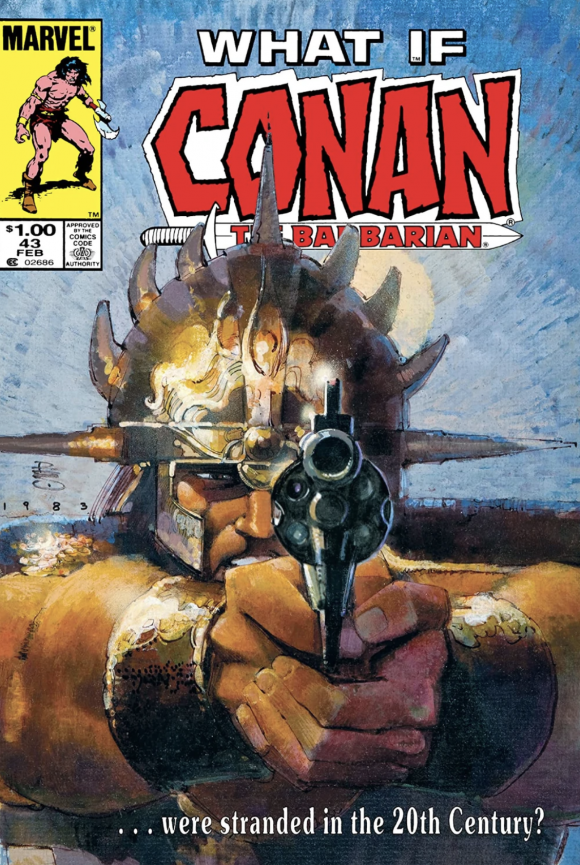 Batman #368, The New Teen Titans #39, Green Lantern/Green Arrow #5, Star Trek #1, DC. I’m cheating here. All four of these came out the previous week but I’ll pretend I picked them up at the shop this week. The New Teen Titans #39 is a landmark: In the lead-up to The Judas Contract, Dick Grayson announces he’s giving up his Robin identity, Wally Flash decides to leave the team and, hey, Terra’s a traitor! Similarly, Batman #368 is also big one — Jason Todd formally takes over as Robin. GL/GA reprinted the classic O’Neil/Adams stories — and this installment included the drug issues. Star Trek #1 launched DC’s successful series, which took place between Wrath of Khan and The Search for Spock.