In a galaxy pretty close to the beach, as it happens… 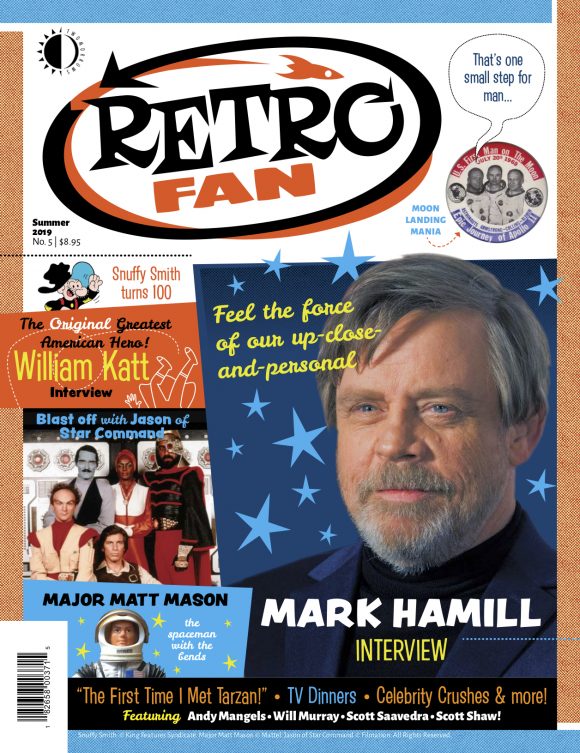 TwoMorrows’ RetroFan #5 is out now and the big highlight is an interview with Luke Skywalker himself, Mark Hamill, by writer Glenn Greenberg.

The Force is strong with this one. Greenberg and Hamill discuss a broad array of Star Wars topics and below you’ll find an excerpt in which the actor talks about his initial, gut reaction to reading one of the most famous scripts in Hollywood history.

As usual, the issue has much more to offer than this, including features on The Greatest American Hero, Jason of Star Command, Major Matt Mason, TV dinners – and more. 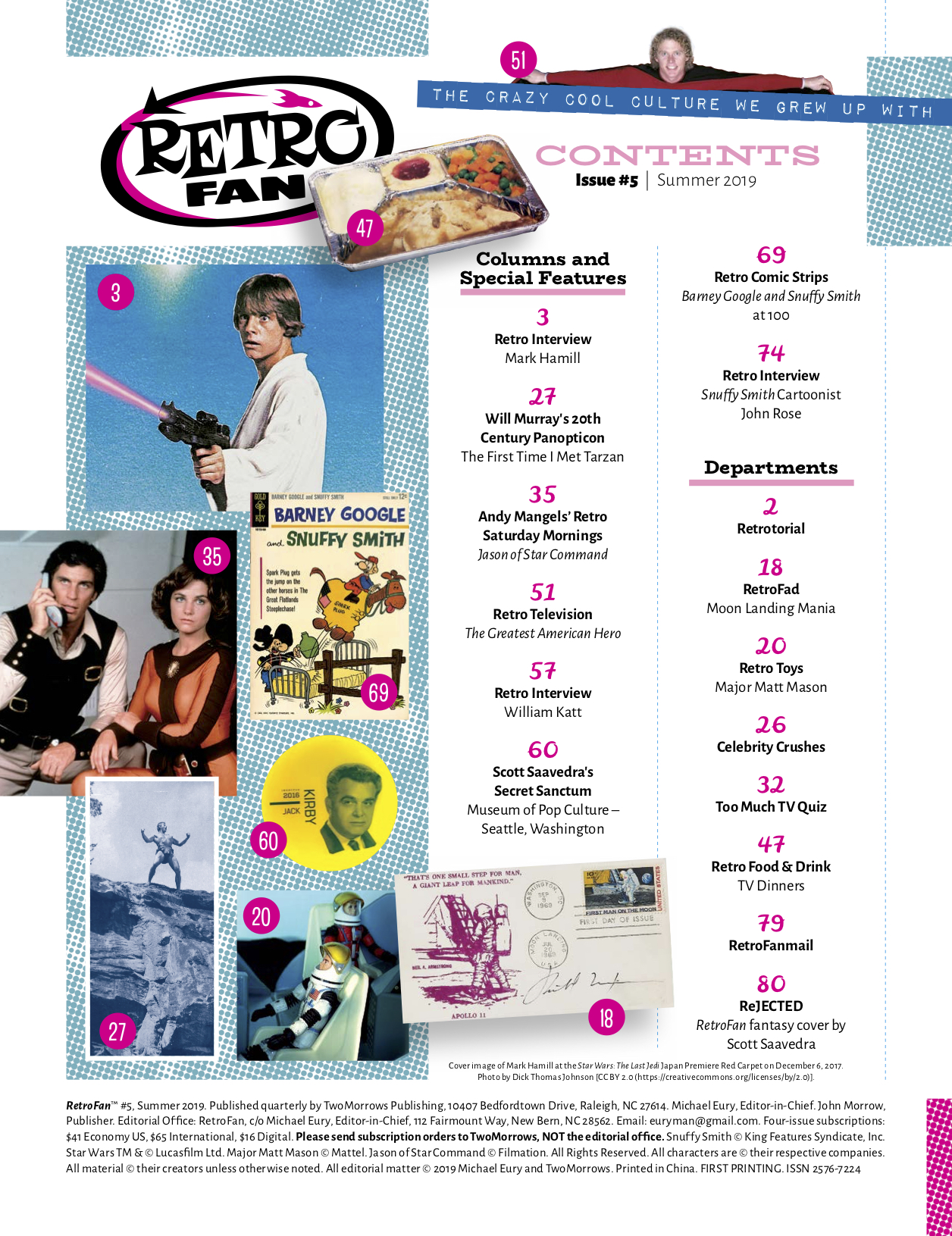 Glenn Greenberg: As a comic-book fan, and as someone who grew up loving science fiction and genre stuff, can you remember what your initial reaction was when you read the script for the original movie?

Mark Hamill: I can. I’ll never forget it, as a matter of fact. Mind you, I didn’t read the entire script until I’d gotten the part. I met George [Lucas] and there was just a general interview. He didn’t speak at all. Brian DePalma was also looking at actors for Carrie, so George stayed silent. It was a little “tell us about yourself” kind of thing—there was no talk of a movie or anything, they just want to get a feel of who you are.

Then, based on that, I got a screen test, and it might have been a seven-, eight-, nine-page scene, in the cockpit of the Millennium Falcon with Han Solo — Harrison [Ford] did it with me — and then, I heard I got the part and they sent the script to my house.

And I was by myself and it was a little one-bedroom apartment on the beach in Malibu. And I sat in my living room and — well, I say living room, but you walk in and it’s one big room and one bedroom [chuckles] — and in any case, I read this thing and I was just astonished. I mean, I couldn’t believe my eyes. I was a Famous Monsters of Filmland magazine kid, I idolized the black-and-white King Kong and all the old Universal horror classics — I was so into this stuff. Ray Harryhausen was an idol of mine, Willis O’Brien, Marcel Delgado, all those old, cool, stop-frame animation people. 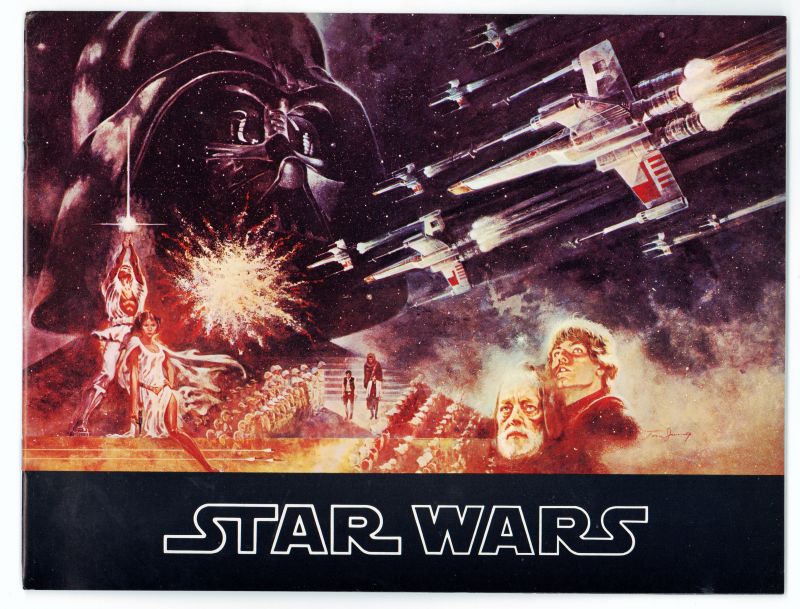 But anyway, I’m reading this thing and I just can’t — like I say, the script itself, even without John Williams’ fantastic score and all the brilliant special effects and the art direction and all that — just the core story as it’s written down, is thrilling. I mean, you have that same sense of swashbuckling adventure, and that whole “swept away ”— I remember thinking specifically, this really smacks of Wizard of Oz, with a gender switch. Instead of a young girl from a farm in the Midwest, here you have this boy or young man, someone who’s like — I was guessing Luke was in his senior year of high school, otherwise why wouldn’t he have just left home? And he’s swept away on this incredible adventure where he meets this fantastic array of characters, from a swaggering pirate and smuggler and rogue and an impudent, imperious princess who’s beautiful and he falls in love with, and he meets a wizard.

Like I say, Han Solo’s a space pirate — there’s pirates and wizards and princesses! And, of course, the deep, dark, scary Darth Vader — I read that part and I said, “This is a wonderful role!” I mean, he’s not in it that much, but it’s so filled with mystery, it’s like Phantom of the Opera—masks are always very compelling dramatic devices because the audiences’ imaginations are so much greater than anything we can create. That’s why it’s inherently disappointing when anyone is unmasked, because they can’t meet those expectations.

I thought that the robots specifically were written to be more human in many ways than the actual human characters, because they had all these frailties. [breaks into a C-3PO impression] “Oh, I’ve forgotten how much I abhor space travel! This is all your fault!” [Laughs] I mean, what robot argues over whose fault it is? It just tickled me no end. 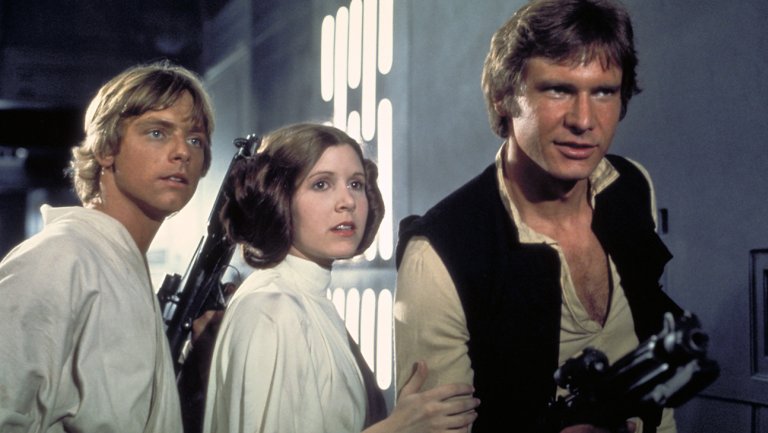 The one thing that really occurred to me was — because when I’d heard about this project, people said, “Oh, it’s like Flash Gordon or something.” And yes, it is. But I thought it much more strongly favored a traditional fairy tale. And had we been traveling around in horse-drawn carriages, it would have become very clear. And that’s why I thought it had a much broader appeal than traditional science fiction, which is usually dry and sort of scientific and lacking in humor. I mean, 2001 is obviously a masterpiece, but a barrel of laughs it ain’t.

Hamill: And this one, I thought, was hilarious. And I also admired how they used concepts like the Force, which was sort of a way to talk about spirituality and religion, which makes everyone — well, I’m speaking in very broad strokes here — but makes people uncomfortable, you know? It was a way to be able to acknowledge that aspect of our beings without too much… resistance, I say, from the audience.

This could all be inherently corny — now, I had done children’s theater, I mean, I understand that kind of storytelling and I love it because it’s primal, it’s black and white, it’s good versus evil. The Big Bad Wolf is the bad guy and that’s it. It’s really economical storytelling.

I had to look at it like, Am I going to do three movies? Because the contract was, they said, “Look, if this goes and is successful, then there’s a Part Two and a Part Three.” And so from that standpoint, I was trying to assess, will this thing be successful? 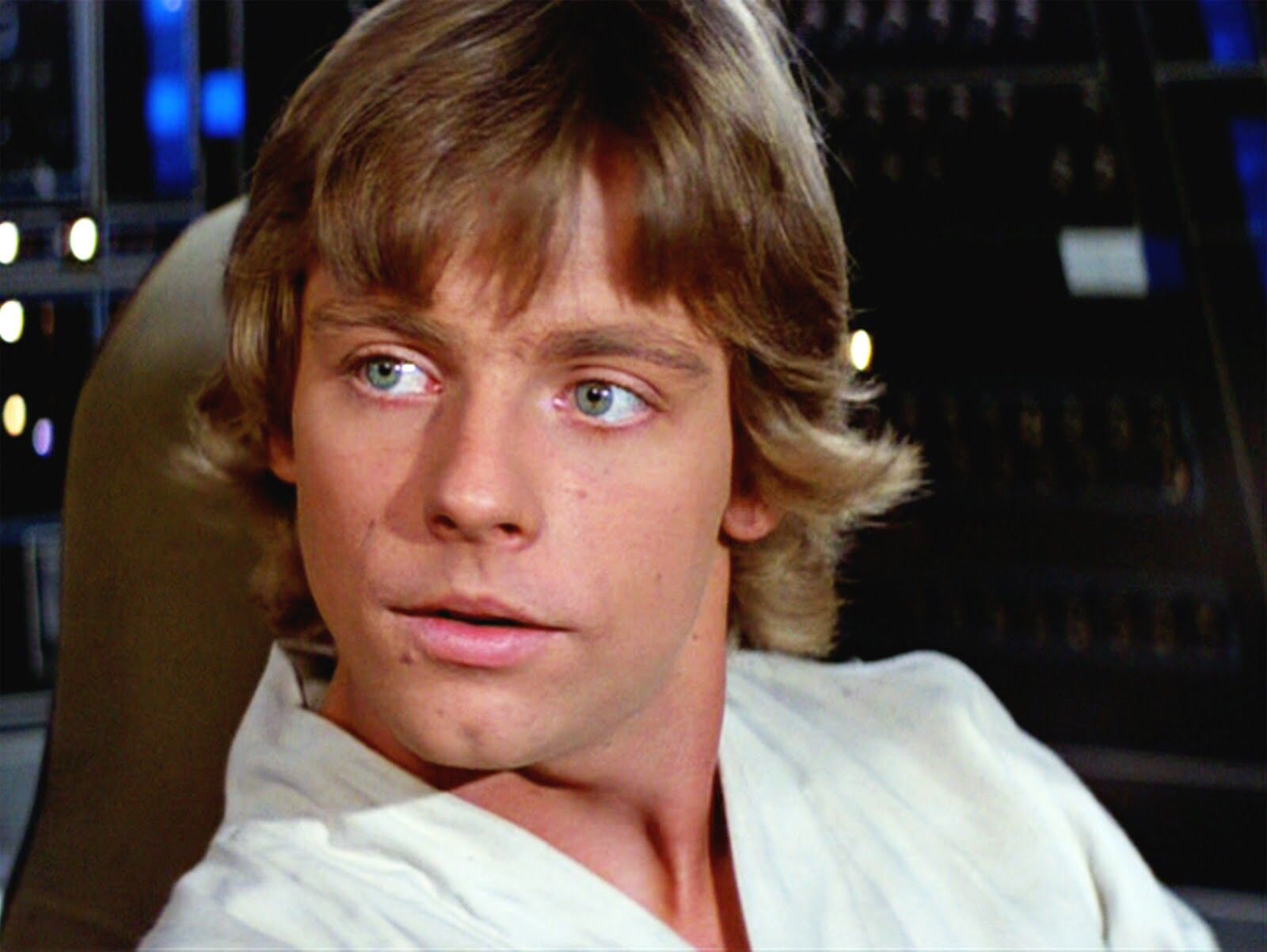 Because there hadn’t been that kind of — well, in many ways, it takes so many elements from so many different movies, whether it’s pirate movies, World War II movies, fairy tales, etc., it just combines them. We’ve seen these things before, but they’re sort of reassembled. Everything old is new again.

I had a friend who worked at the L.A. Art Museum, and he had access to the grosses of all these films. And I said, “Look up every film since sound came out and let’s assess.” Because I let him read the script—no one told me not to show it to anybody — and he was my best friend and we decided between us that this would be as popular as Planet of the Apes. And we’re talking about the Charlton Heston original in the late Sixties, not the remake. I said, “That’s the benchmark.” And at that time, [the budget] was supposed to be between $7 and 9 million, and I said, “If we make $25 million, we’re home free.”

So, of course, to anticipate your question, I had no idea that it would become what it became.

And to circle around—there was a thread I planted that I didn’t finish — one of the things when I said about the breakdown of all these characters. The bad guys, so mirroring that sort of stark imagery of the Third Reich. There were Western elements — the beat-up, used kind of towns. Mos Eisley and these dives, the bar. It had that saloon feel, like a John Ford film.

But one of the crucial things that I think gave us an advantage was the fact that the Han Solo character acted as a surrogate for the more cynical members of the audience who would be resistant to this kind of storytelling. So, if he’s mocking the Force and rolling his eyes and being sarcastic, it makes it OK for the older teenager who is starting to question the world around him and the perfect world that was Mom and Dad and his brothers and sisters. It was really smart, it was smart storytelling.

Now, having said all this, I finished it and I thought, “You know who’s my least favorite character in this movie? Luke!”

Hamill: Because he is so…

Hamill: Yes! Just painfully earnest. And callow, and naive, all of these things. Now, I get it, I totally get it. Even when I was a kid when I watched Wizard of Oz, I liked the Tin Man and the Lion and the witch and all the other characters more than Dorothy — although I do agree that you need a Dorothy or you need a Luke as the character in the piece that the youngest members of the audience can look at and relate to. Because of all those characters in Star Wars, I think the kids would be most comfortable hanging around me, because I’m most like them. And the other characters, you know, you can get intimidated being around royalty or a space pirate or a wizard.

So anyway, that’s my long- winded answer to, “Do you remember how you felt about seeing the movie for the first time?” 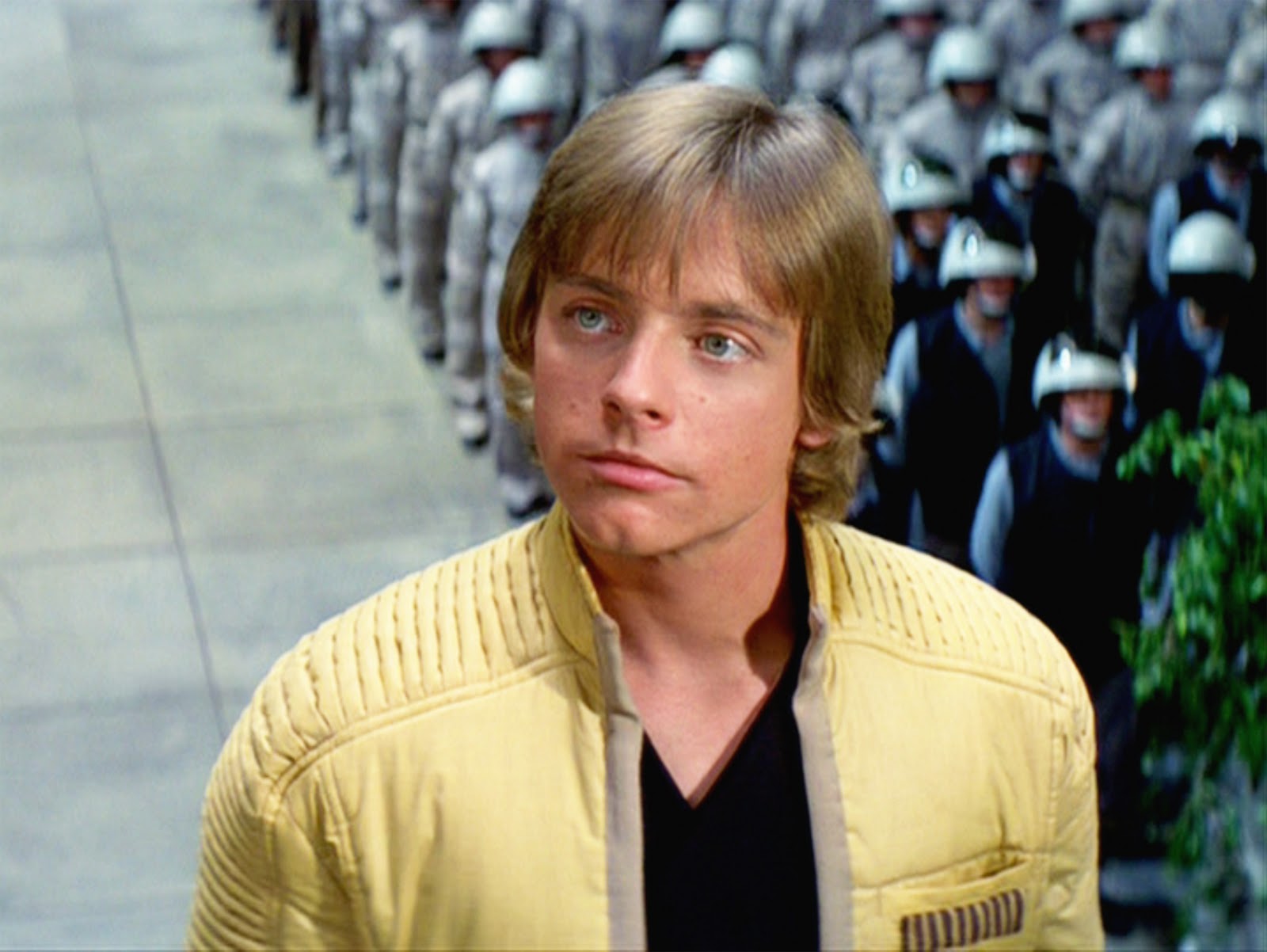 Greenberg: [Laughs] Well, just to sort of piggyback onto that — again, you were a comic-book fan.

Greenberg: Did you recognize in that script, or make any connections to, the comic-book influences?

RetroFan #5 is on sale now. It’s available at comics shops or directly through TwoMorrows. (Click here.)