Scott and Dan hit up the comics racks from 53 years ago!

This week for RETRO HOT PICKS, Scott Tipton and I are selecting comics that came out the week of Nov. 10, 1968.

(Keep in mind that comics came out on multiple days, so these are technically the comics that went on sale between Nov. 7 and Nov. 13.)

So, let’s set the scene: Richard Nixon was elected president just the week before, with a 43.4 percent plurality — capping off one of American history’s most tumultuous years, both politically and culturally. Funny Girl — starring Barbra Streisand, who would go on to win the Best Actress Oscar — was in the midst of an eight-week run atop the box office.

Nielsen ratings are hard to find for this particular week but Rowan & Martin’s Laugh-In and Gomer Pyle, USMC were the season’s most popular shows.

Now, let’s start rocking: Hey Jude — one of the greatest songs ever and one of the Beatles’ two or three very, very best — was No. 1 on the Billboard charts. To this very day, I can listen to it over and over and over and over and over, and you probably can too. The rest of the Top 5 was pretty groovy, as well: Those Were the Days by Mary Hopkin, Love Child by Diana Ross & the Supremes, Magic Carpet Ride by Steppenwolf and Hold Me Tight by Johnny Nash.

The top-selling album? Jimi Hendrix’s electrifying Electric Ladyland, with Cheap Thrills by Big Brother and the Holding Company the runner-up.

Batman #208, DC. One of the strangest hanging threads of the Silver Age: This issue, which largely comprises reprints spotlighting the women in Batman’s life, is narrated in a framing sequence by the heretofore never seen or referred to Wayne housekeeper Mrs. Chilton. (Courtesy of E. Nelson Bridwell and Gil Kane.) Anyway, the kicker is that — 53-YEAR-OLD SPOILER ALERT — kindly Mrs. Chilton is actually Joe Chill’s mom. Y’know, the guy who killed Bruce’s parents. 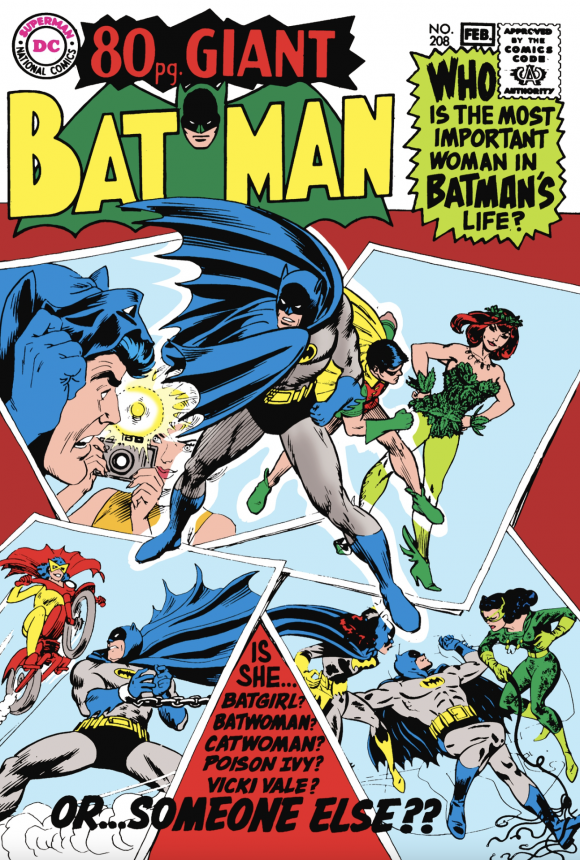 And with that bombshell dropped… nothing. Mrs. Chilton faded into oblivion and that pretty much was that. How Grant Morrison didn’t find a way to do a Mrs. Chilton miniseries, I’ll never know. (Side note: This was one of the first comics I owned. It was a hand-me-down from family friends.) 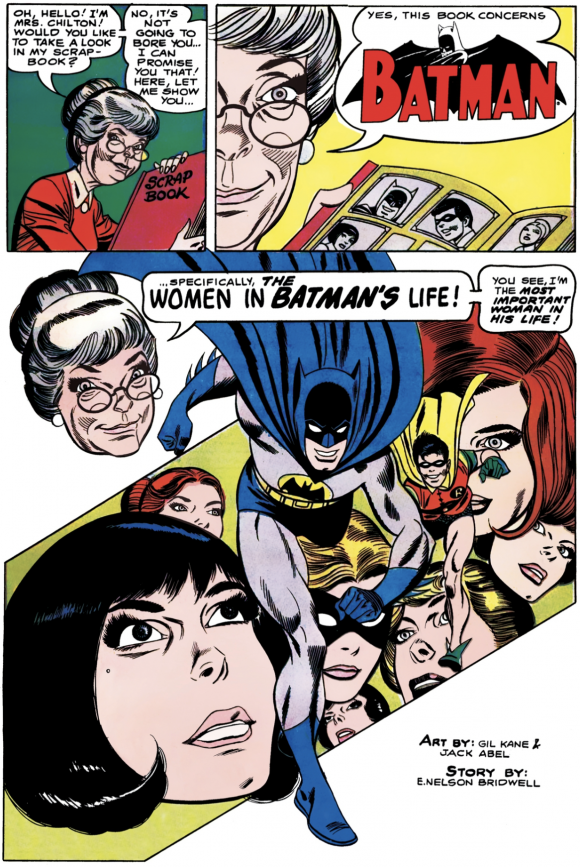 The Amazing Spider-Man #69, Marvel. I know the Kingpin is all about Daredevil now, but he was a great, terrifying villain for Spider-Man first. Gripping John Romita cover too. (“Gripping,” get it? Now, here’s why that’s funny…) 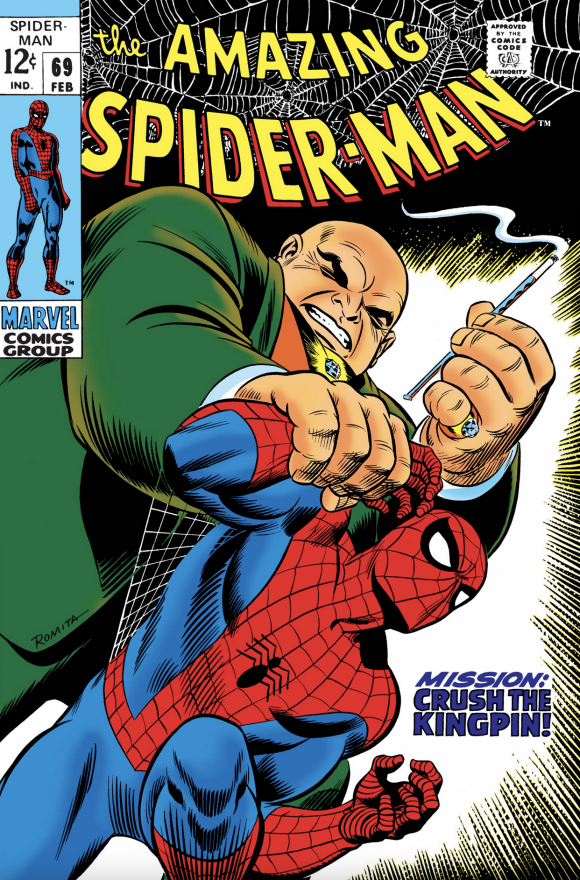 Fantastic Four #83, Marvel. The Fantastic Four and the Inhumans team up against Maximus to restore Black Bolt to his rightful place on the throne. Lee/Kirby/Sinnott magic! 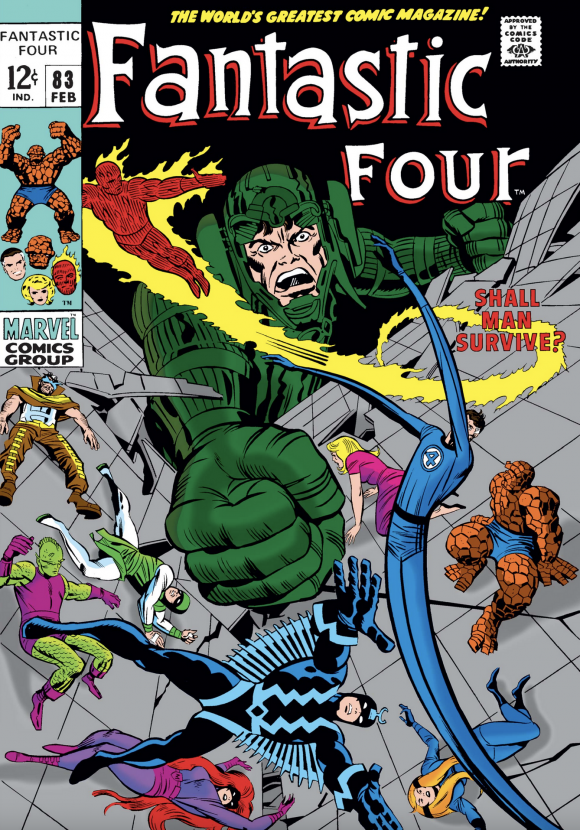 Daredevil #48, Marvel. I know Stilt-Man is instant comedy but he did make for some groovy covers, like this beaut by Gene Colan and George Klein. 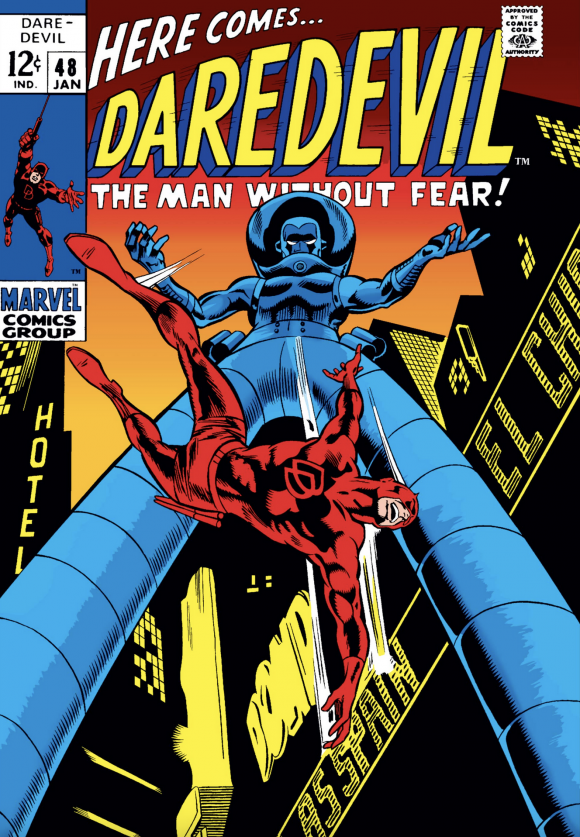 The Avengers #60, Marvel. The wedding of Yellowjacket and the Wasp! Do you seat the Circus of Crime on the bride’s side or the groom’s side — how does that work? 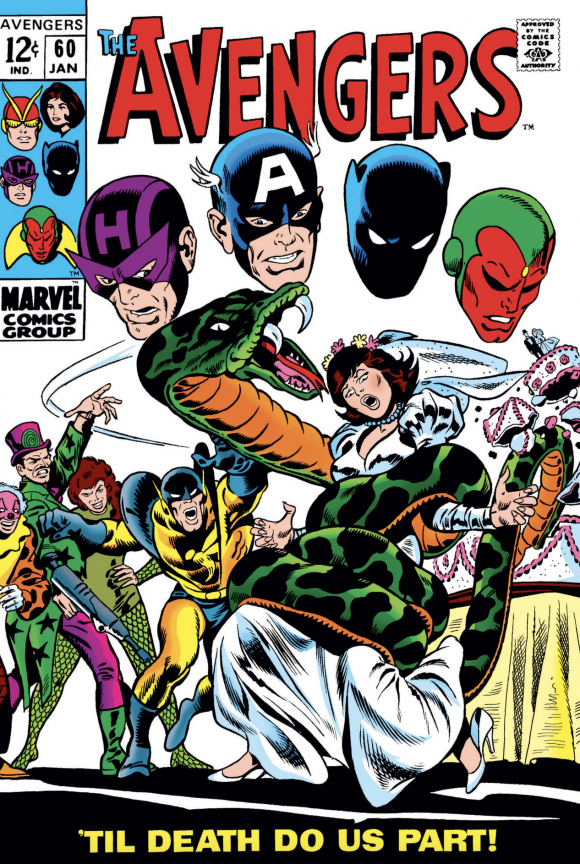 Superman #213, DC. Kal-El has some impressive penmanship skills for a man at death’s door. 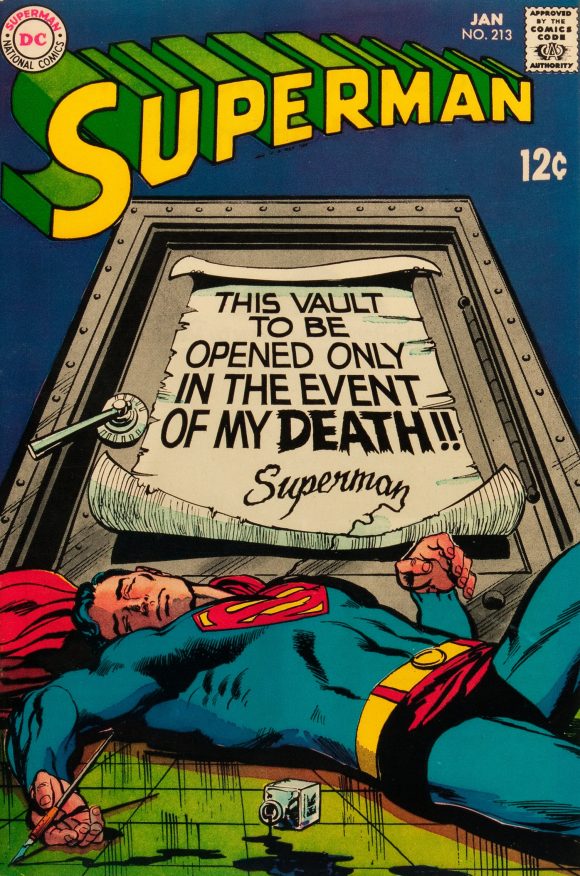 Superman’s Girlfriend Lois Lane #89, DC. Okay, this comic is so crazy, I had to write a whole column about it. If you’d like to learn more about the secret stalkery “Lois Lane Room” that Batman keeps in the Batcave (and that’s just for starters!), just make with the clickety-clicky over here. 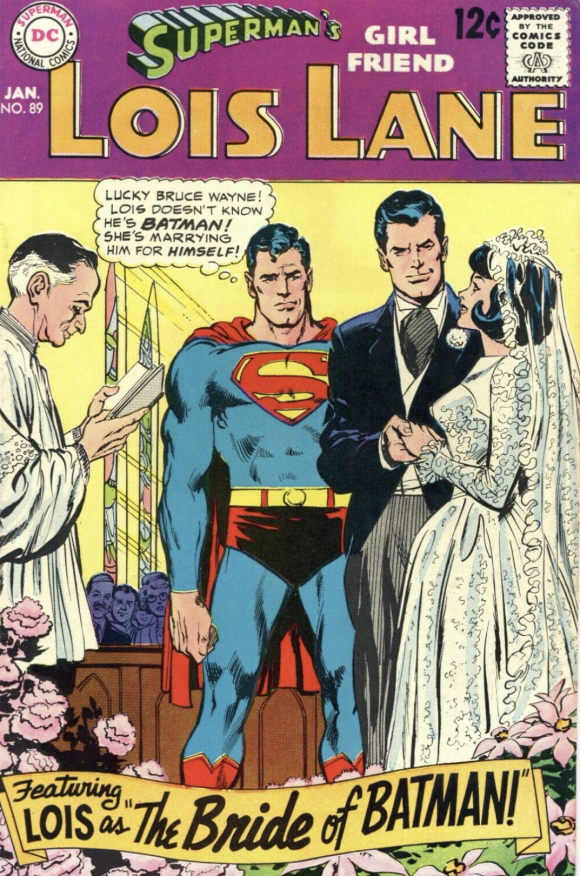