Scott and Dan — along with guest Jim Beard — hit up the comics racks from 55 years ago!

This week for RETRO HOT PICKS, Scott Tipton and I are joined by Jim Beard — editor of the Batman ’66 essay collection Gotham City 14 Miles, an early inspiration for 13th Dimension itself — in selecting comics that came out the week of April 21, 1966. (Makes sense, right?) 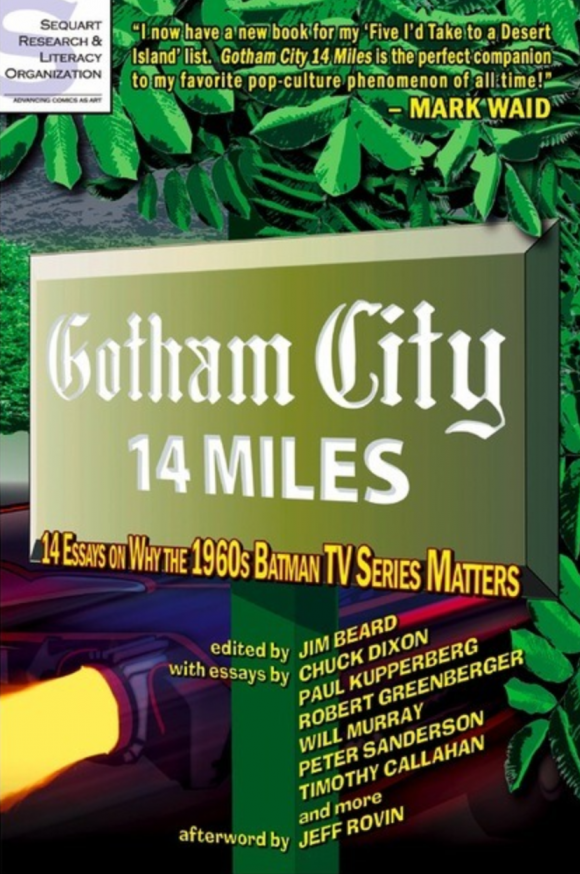 (Keep in mind that comics came out on multiple days back then — as has become the case now. So these are technically the comics that went on sale between April 18 and April 24.)

So let’s set the scene: Lyndon B. Johnson was in the middle of his first (and only) full term as president. The top box office draw was Doctor Zhivago, but between the weeks ending March 2 and June 22, it switched back and forth with The Sound of Music. Notably, the former came out at the end of 1965 while the latter came out in the spring of that year. That’s staying power. (By the way, the colorful James Bond epic Thunderball was No. 1 for the first two months of 1966.) 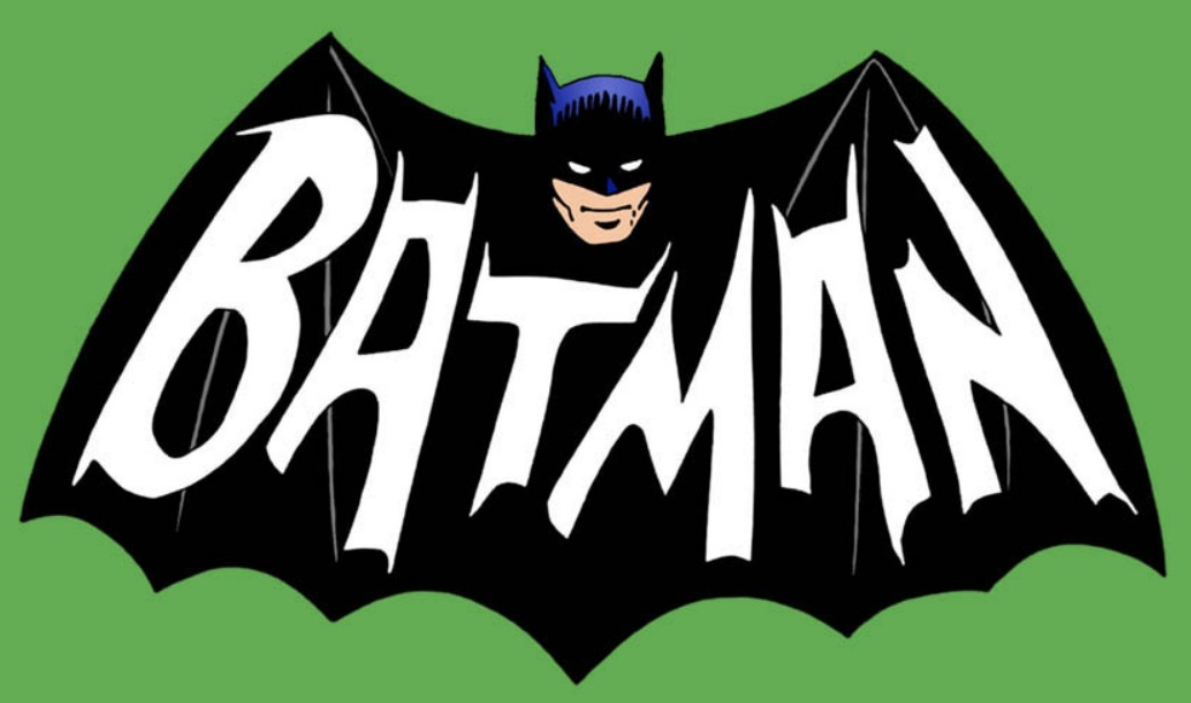 Nielsen ratings for the period aren’t readily accessible but Bonanza was the most popular show of the time. (Oh, and of course Batmania was in full swing. The eps this week were the Bookworm two-parter.) The Righteous Brothers’ (You’re My) Soul and Inspiration led the Billboard 100 — but Herb Alpert & the Tijuana Brass locked down the first and third slots on the album chart, with !!Going Places!! and Whipped Cream and Other Delights, respectively.

Batman #181, DC. There were comics lying around my family home even before I came along, and this one appeared when I was just about 1-year-old (bought for my older siblings). I still have that same copy today, and I cherish it not only because it’s from my beloved 1966, but also because it’s the first appearance of Poison Ivy. How lucky is that for me, one of the very few comics bought by my dad at that time and it’s a “first”? I also love that many years later writer Grant Morrison resurrected Dragonfly, Silken Spider, and Tiger Moth. Those kinky costumed ladies made my early boyhood that much more… ahem …interesting. And Go-Go Checks, amirite? 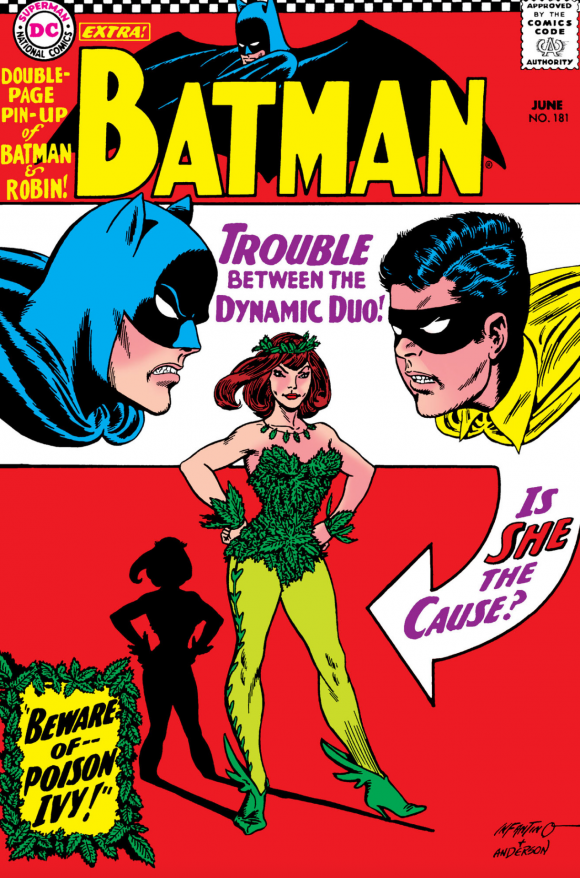 Scott adds: I think people forget that Poison Ivy is a Silver Age villain, with her first appearance coming all the way back in 1966. The character didn’t really achieve popularity until her ’90s appearances in Batman: The Animated Series cemented her as an A-Lister.

Metal Men #20, DC. Somewhere along the way I saw a DC house ad (mebbe in Batman #181) for this book, and it completely creeped me out. Probably the combination of a “cannibal” robot and its overall weird look, but a little bit of it was me wondering why the slice it’s about to take a bite out of is upside down. Did that mean something? Did it always eat like that? I still don’t know because to this very day I’ve never actually read this comic. But Go-Go Checks, right? 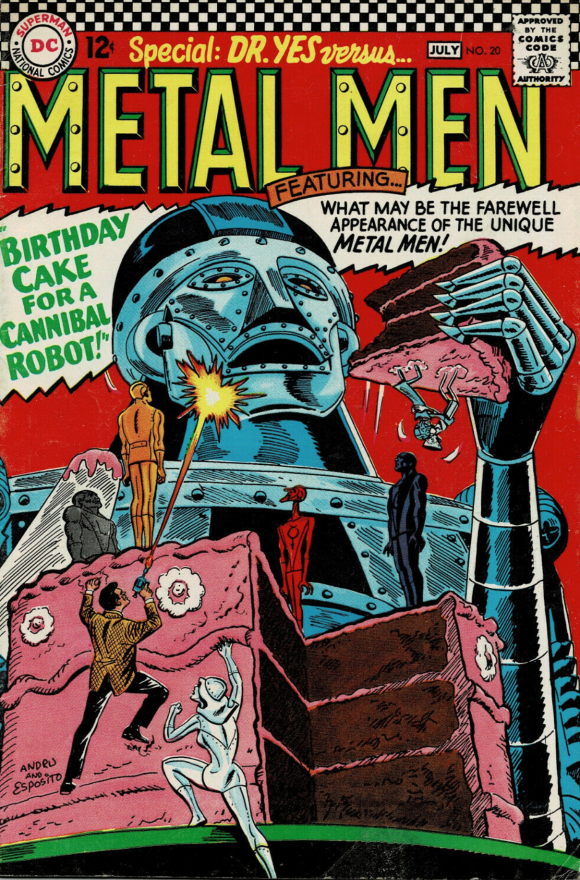 Scott adds: Sometimes a cover is just so weird, I would have had to buy it. Case in point, above.

Herbie #18, ACG. I’ve read a few Herbie stories here and there and I guess I get it to some extent. That said, this cover kind of amuses me for being part of the superhero craze of the time. That said, Part Deux – can you imagine any character today being called the “Fat Fury”? Maybe this one needs some Go-Go Checks. 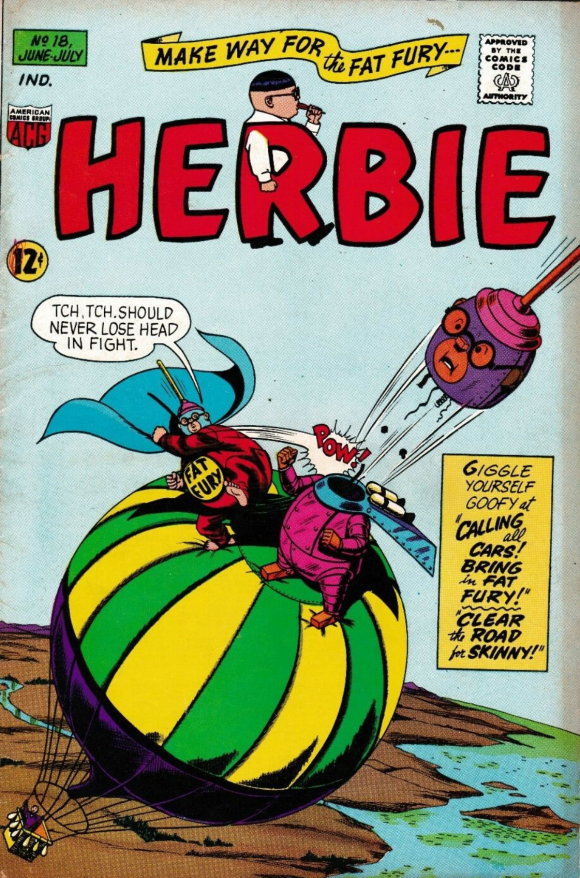 Adventures Into the Unknown #165. ACG. This is another comic I’ve never read. In fact, I didn’t even know it and its main character existed until I was an adult. I can’t say much good about Nemesis’ costume, but that sweet, slick, saucy Kurt Schaffenberger (aka Lou Wahl) art is just super, and it makes me want to hunt this down and devour it. Hmm, now that I think of it, this guy’s costume is kind of a stand-in for Go-Go Checks. 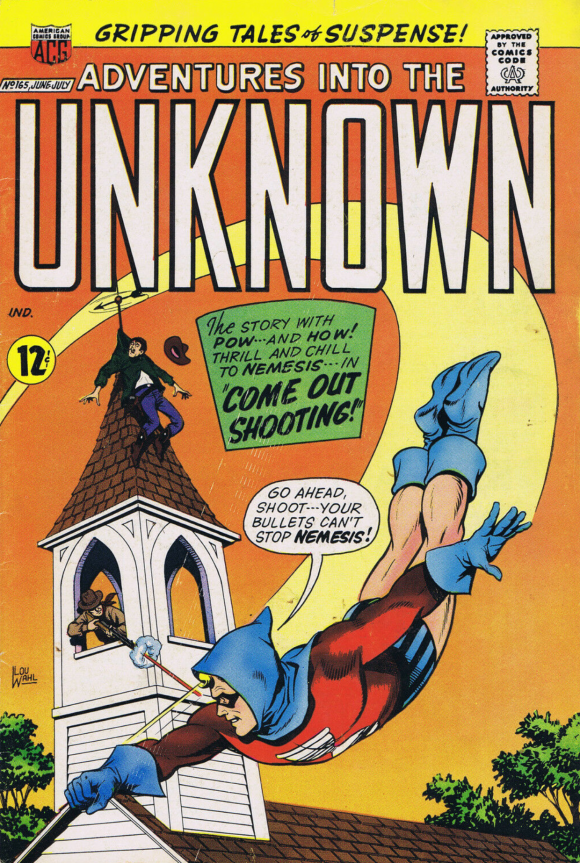 Woody Woodpecker #91, Gold Key. There’s a kind of existential crisis of questions going on here: Whose pants and jacket are those? Why is our hero forcing those children to iron them? Does he always watch everything they do so closely? Why do all these cartoon characters have nephews/nieces? Would Go-Go Checks have helped sales on this one? WHO DO THOSE CLOTHES BELONG TO? 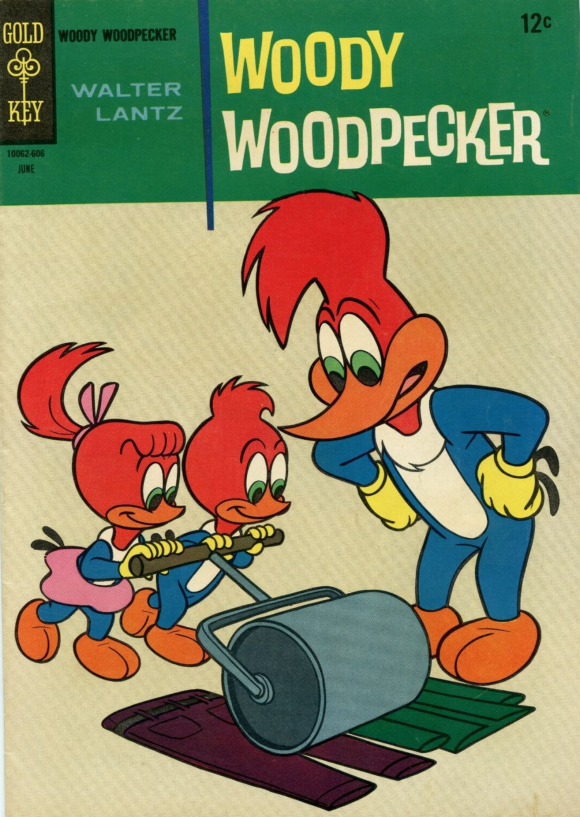 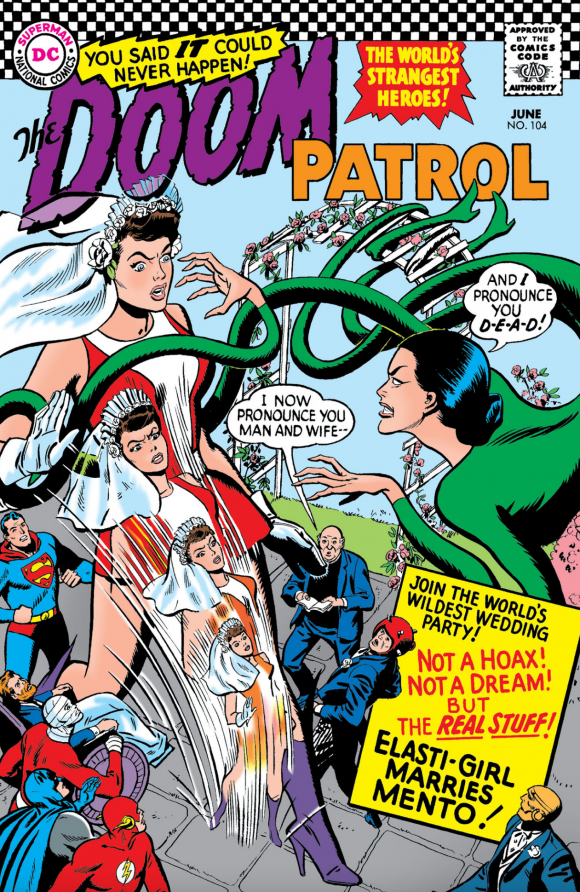 Batman #181, DC. I’m bringing this up again for three reasons: 1) The story goes that Poison Ivy was created with the show in mind, to add more women villains to the rogue’s gallery. 2) Not sure if that’s more legend than fact but what is true is that Lesley Gore’s Pussycat was originally to be Poison Ivy. 3) The other memorable aspect of this issue is this iconic pinup: 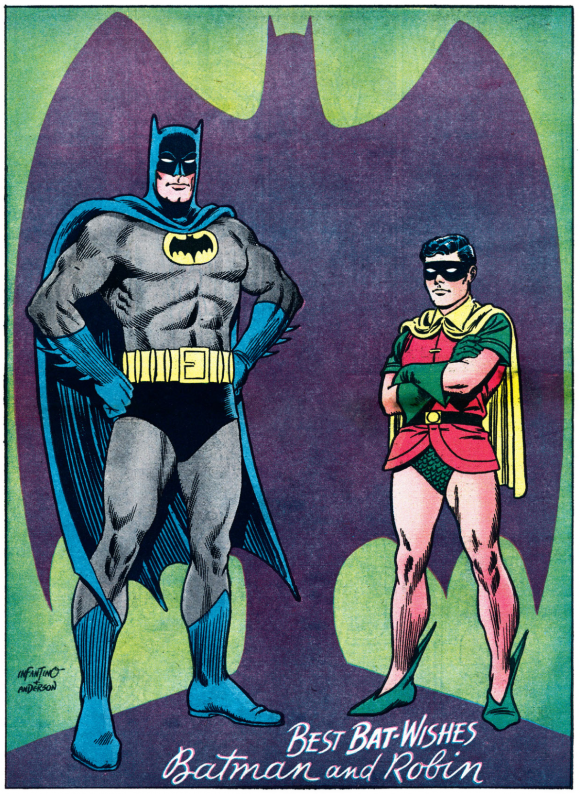 Fantastic Four #52, Marvel. As it happens, Marvel didn’t have any books this week. But earlier in the month was this biggie, which introduced Black Panther. 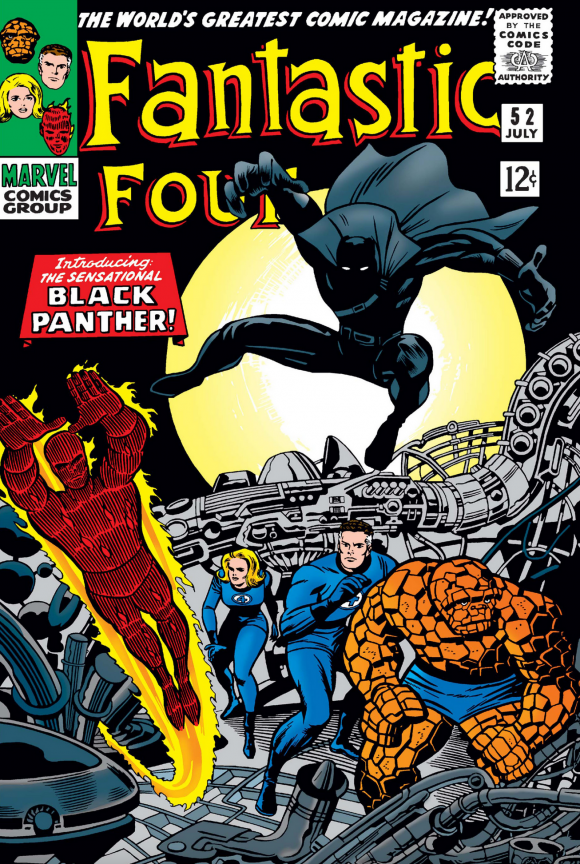 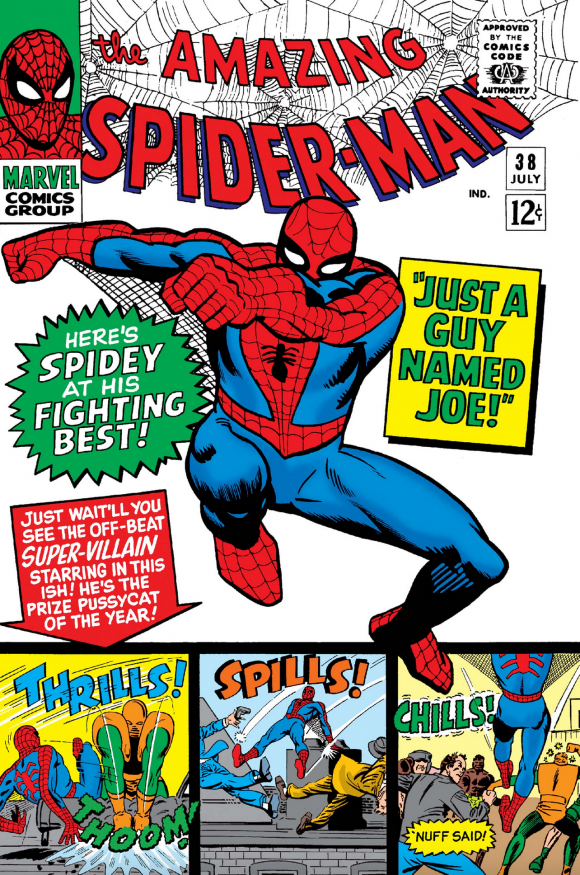