Menachem Luchins, owner of Escape Pod Comics in suburban New York City, has been with us since the very beginning. I have never met him in person, which is really strange. But I can tell you he is one of the most passionate, devoted people I’ve “met” in the world of comics. He started by contributing to our weekly HOT PICKS column. Thing is, the guy couldn’t stop writing.

Eventually, I started running his picks separately under the extremely clever column title HOT PICKS EXTRA. But over the last several weeks, he’s started writing more about the frustrations and joys of running a store — and about how the larger business of comics affects you, the reader. I don’t agree with everything he says, but I do admire just how much he cares about, as he puts it, “the tiny fragment of the U.S. population that enjoys ingesting their stories in comic form.”

So the time’s come to dispense with the whole HOT PICKS EXTRA name. Menachem will still make his picks, but he’s going to be spending a lot of time pointing out the goods and bads of how the comics industry works — and doesn’t — from the perspective of the local comics shop.

I came up with another extremely clever column title: MEANWHILE … AT THE COMICS SHOP. Actually I stole the name from a friend. But it does give me a chance to also steal this banner from the great MEANWHILE … columns by Dick Giordano from the ’80s. (At least until DC tells me to quit it.) — Dan 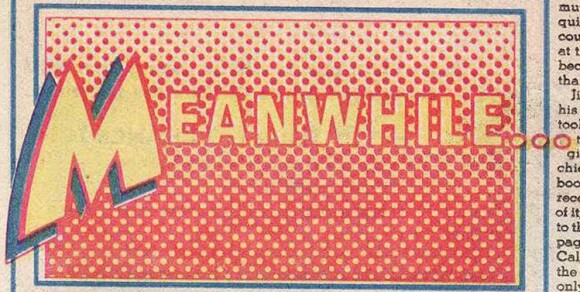 Now, I wouldn’t say that I identify with Logue’s Raymond McGillicudy — a comics shop owner who tests people’s love of comics by their ability to name first appearances or know why a certain book is considered valuable — but in this one instance, I feel him. 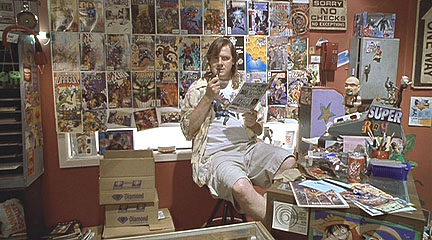 Comic shops, it can be said quite easily, are perceived as one-stop nerd shops. This is, of course, because the majority of them are. You can get games, toys, apparel, collecting supplies for multiple hobbies and lots more.

Now, there’s really nothing wrong with this. I know some great comic shops that devote loads of space to gaming, both for sales and playing — and their owners and/or employees are always huge gaming nerds who know what to order and how to introduce the new games to people. Table toppers making an LCS their go-to spot is something that can help spread more comics to more people, and I’m all for that. 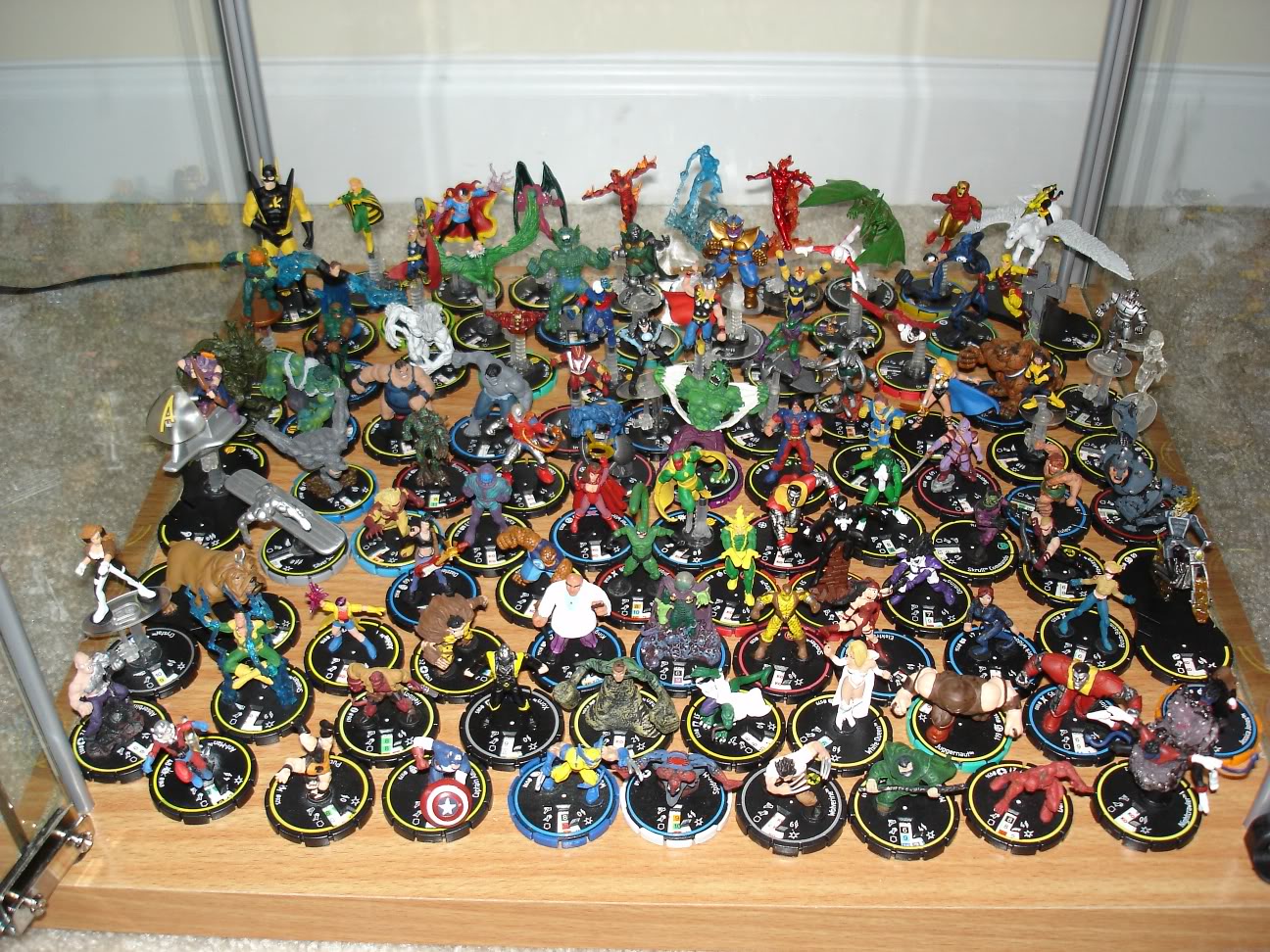 So what’s the point of this column? Where’s my rage and disgust? I’ll tell you where: It’s in the cases when stocking these items becomes more of a priority than stocking comics.

I know how hard it is to stock a comic shop. I know the pain of canceling shelf copies of a title you want to get more people reading because they’re just not selling, or ordering less of a trade because of the sheer numbers of collections coming out that month. Simply put, though:

By not stocking graphic novels and a larger range of comics, you are doing your customers a disservice.

You’ve got a built-in interest group: This is the tiny fragment of the U.S. population that enjoys ingesting their stories in comic form. It’s true, many of them are not “comic” fans — they are superhero fans or DC fans or certain creator fans… but the bottom line is that you have people spending their disposable income on comics — they’re not torrenting them, they’re not just going to see the movies based on them, they’re buying the damn things!

So wouldn’t it be a smart move to stock more of the medium they enjoy?

Of course, every store is different and you need to know your clientele — many stores can’t sell the latest Michael Deforge in any quantity, if it all. 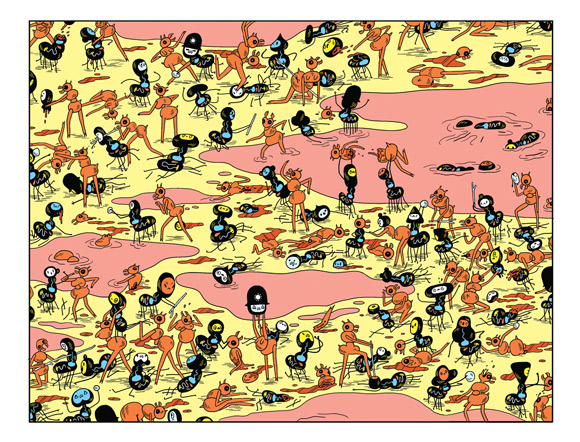 Your folks love superheroes? Are you stocking Astro City? The Earth One books? Do you keep the wonderful Marvel Knights trades in? 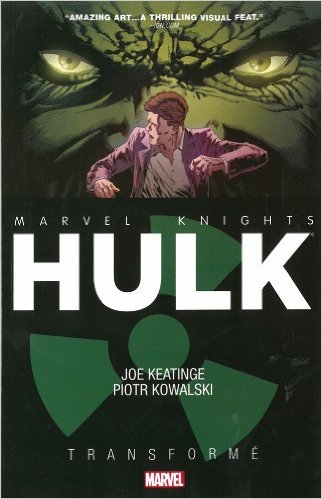 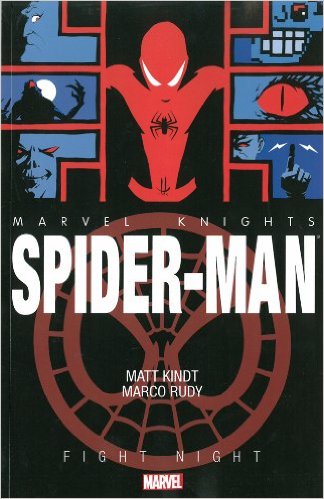 The list can go on and on per genre and taste. Once again, I understand that not every shop can keep up with every new book coming out, but shouldn’t you be getting the latest graphic novel or book in a series by New York Times best-selling and/or fan-favorite authors?

Last week, both Craig Thompson and Stjepan Sejic had new books, as did Jessica Abel and the Holms siblings. These are all major names in the graphic-novel world yet I had all sorts of trouble finding people on Twitter who saw any of these on display at their LCS!

Meanwhile, Sejic’s Sunstone Vol. 3 has not yet been released to book stores or Amazon.com, thanks to Image Comics’ distribution deal with Diamond — and won’t be for another week. I got this book in last Wednesday — giving me two weeks’ lead time on a book that is already selling like crazy on Amazon:

This, of course, is where I get the chicken/egg argument from retailers: “If people are buying it on Amazon for a discounted price, they’re not going to buy it from us.” Frankly, it’s a tough position.

And it may be true for some but in the majority of cases, it’s really not. These customers are people who could buy the same comics they get from you on eBay the next week for discounts on par with Amazon. These are people who want to spend their money at a local store and support an industry they love.

Treating your customers as assets, cows you get the most milk from with the minimum of moo, is the wrong way to treat comics-shop goers. It’s about fostering community, it’s about sharing your love of the medium.

This is our job as comics retailers. It’s our mission.

We’re not here to stock every damn variant the publishers throw at us or to make sure we have all the cool action figures (which, by the way, you can also get on online more cheaply).

No, our job is to help our customers find comics that appeal to them, comics that speak to them. With the constant upheavals at the Big Two and the uncertain publishing schedules of some creator-owned series, wouldn’t it be nice to have some other books you can share?