Variants Aren’t Destroying Comics — But They Are Making Things Tougher

HOT PICKS EXTRA: We’re not a dying industry … but man it is not easy, says Menachem …

So, August initial orders are in and, yes, they were as nerve-wracking as we all thought. I saw more than one retailer using social media to vent their frustration about the complexity of Marvel’s incentive-variant ordering tiers, the lack of information about the new Vertigo line, or the sheer number of new series (and second and third issues of new series) hitting the shelves.

If you’re not sure what I’m talking about, here’s how incentive variants work, in a nutshell: Company X says if you, dear store owner, buy, say, 200 copies of the regular edition of a comic, you get a comic with a special cover that you can then sell at whatever the market will bear. $15? $25? $50? $100? And so on.

The idea is that you get a chance to sell “rarer” big-ticket versions of the book to the customer if you increase your number of “regular” copies. And there are tiers. For example, a book might have a 1:10 (i.e., order 10 and get a variant), a 1:50 (get a different variant), a 1:100 and so on — the possibilities are limitless. Sometimes it gets extremely complicated, taking into account orders on other titles, percentage increases and … look, to lay them all out would be like explaining the Talmud. 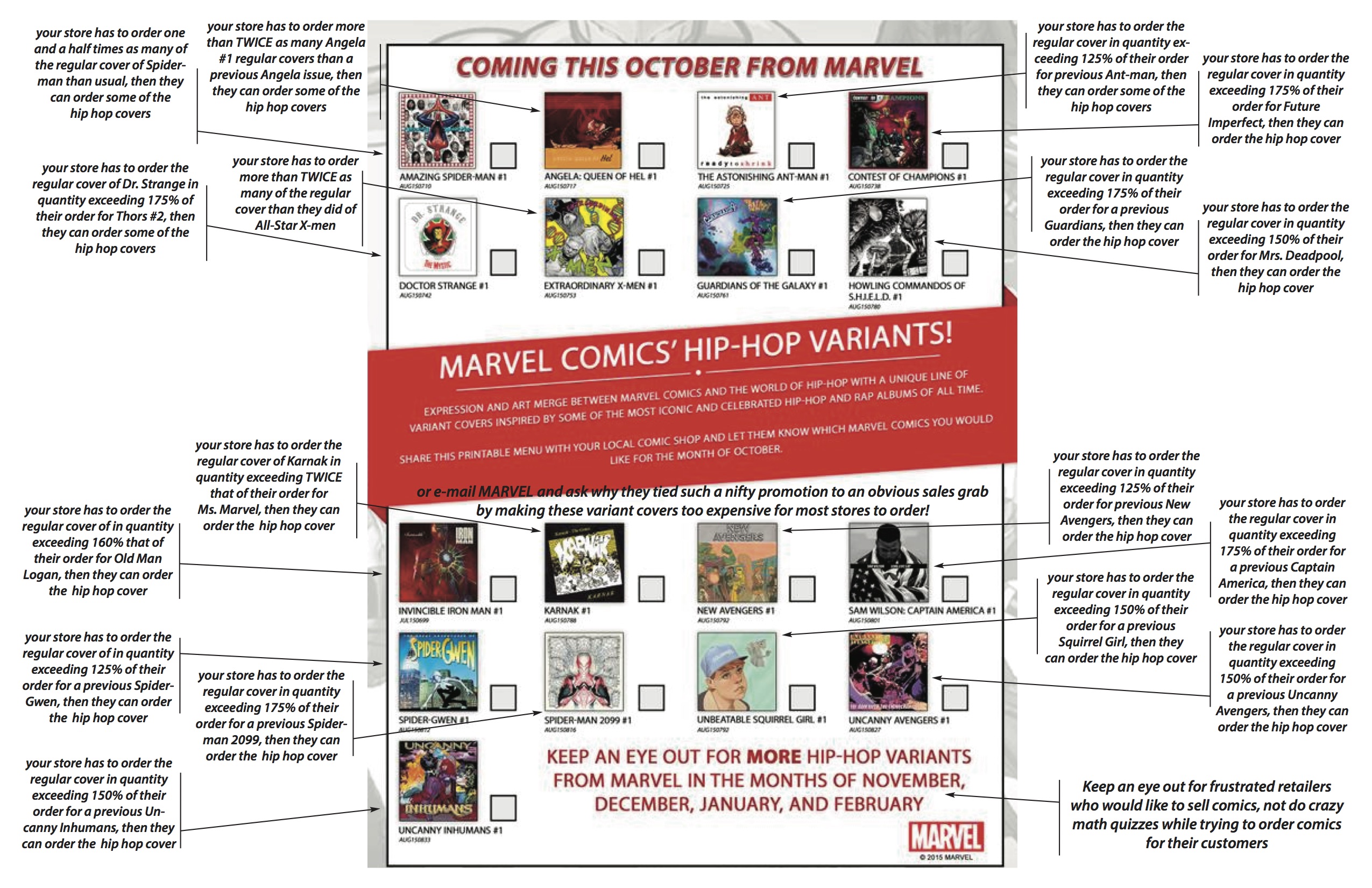 This was put together by the fun fine folks at Strange Adventures Comix & Curiosities in Canada. It’s been making the rounds and really explains a lot. Click to make bigger.

Ordering variants can be a huge gamble. What happens if you buy all that stock and then can’t sell it? You’re stuck with it. So you have to make sure you know just how to order to keep your customers happy — and keep the lights on.

(There are also variants that don’t require such incentives and they typically sell for cover price. While those are a whole other issue for the industry, it’s not really what we’re talking about here.)

Anyway, I would say I devoted an extra three or four hours to this month’s Marvel #1 line-up, not to mention the hours here and there spent beforehand preparing information. I’m lucky enough to have an amazing customer-service representative at Diamond, who made me a very handy spreadsheet or two that removed a few steps from the process (Thanks Amanda!) and it was still a gigantic hassle. 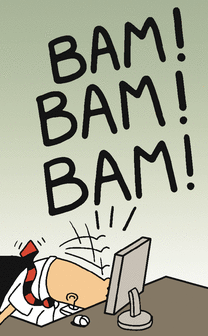 Keep in mind, these Marvel #1s are rolling out all fall, so this means the next three months of ordering are going to be the same level of awful for most retailers. Just something to keep in mind as the end of each month approaches, I guess.

But rather than rag on any one company, I want to talk about variant covers, and my view on them in the industry which I think has changed many times over the past few years.

As a kid, the first variants I was aware of were the interconnecting X-Men #1 covers by Jim Lee.

To me, they seemed a fun little thing — you could get all your favorite X-Men! To this day, I have no idea what the order incentives were. What I do know is that those covers sit in our back-issue bins for $1, 12 for $10. They are also among the most frequently traded-in (and/or sold) issues. Rarely do I come across a “collection” from the ’90s that doesn’t have at least five copies of that book, whether there are 90 books or 9,000.

Now, DC has announced a 1:5,000 cover for the first issue of the new Dark Knight book and Marvel has responded, cheekily, with a 1:4,999 variant for Deadpool #1. Both these factors and a general upswing in variants has gotten many to fear that a ’90s-level “collector boom” and subsequent “bust” are on the way. After all, wasn’t it the idiotic prices paid for “rare” comics and a focus on “catching them all” that created the bust in the ’90s? 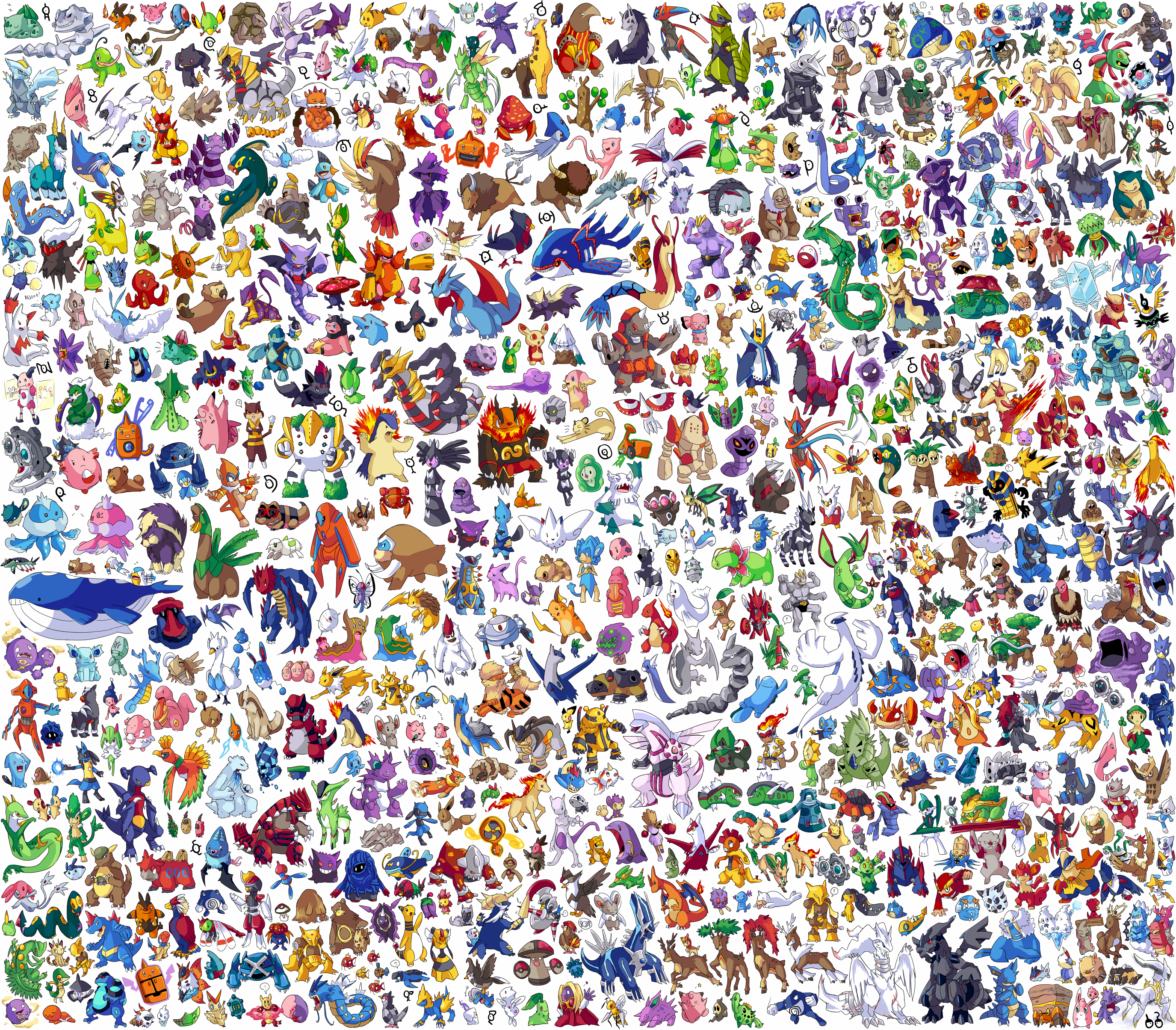 No, actually, it wasn’t. Sure, the ’90s was a dark time for comic retail: Shops sprang up seemingly overnight and disappeared almost as quickly, all chasing after event books and the magic formula that would bring customers back to help them move all the stock they kept buying. Maybe it was toys? Maybe it would be trading cards?! Maybe old key issues?! Something?!?

You see, it wasn’t the variant covers or the idiotic “nothing will ever be the same” events or even the freakin’ trading card craze that was to blame. Heck, it wasn’t even the dopey non-comic reading customers who had no idea what they were doing. It was the retailers.

With the frenzy of the early ’90s events like the Death of Superman and Spider-Man #1,in all it’s foiled varieties, many speculators and hobbyists got into the comic retail world. This is, of course, an oversimplification. There was a lot more going on with the comic industry that affected things: There were different distributors in those days, and fighting was fierce between the Big Two, which dominated even more of the market than they do today.

In fact, looking at the sales numbers from 1991, the only name beside DC and Marvel’s to appear in the Top 100 sellers is Dark Horse… in a slash after DC’s name, for that year’s Batman Versus Predator… which didn’t rank very highly at all. 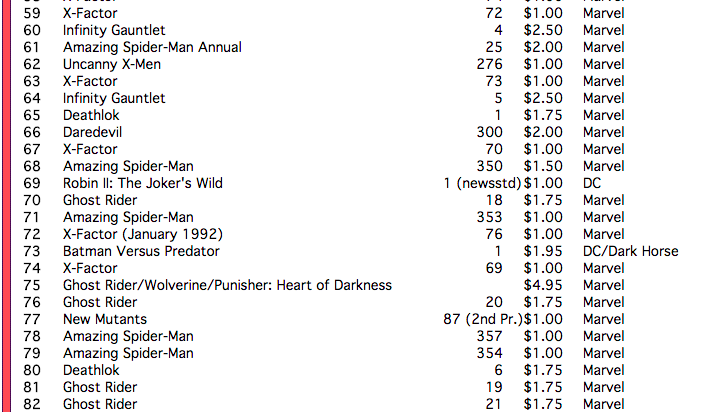 Fascinating stuff, huh? But we’re getting off topic. My point is that it was a very different market and retailing world.

(I mean, I could write a whole column about the strong graphic-novel market and how a company like Scholastic Books, which is connected to 90 percent of the schools in the US, carries its own line of best-selling graphic novels for young adults. I probably will at some point, actually.)

Anyway, today, in the single issue market, Diamond is a virtual monolith that fosters incentives because they increase sales, sometimes by ridiculous amounts. And that’s the literal bottom line to them and to the companies. They’re not forcing stores to meet these incentives, and they’re not setting the prices of them.

But by making them available, a lot of customers want them — and want their stores to carry them. Which means it’s back to the store owner to make it all work. 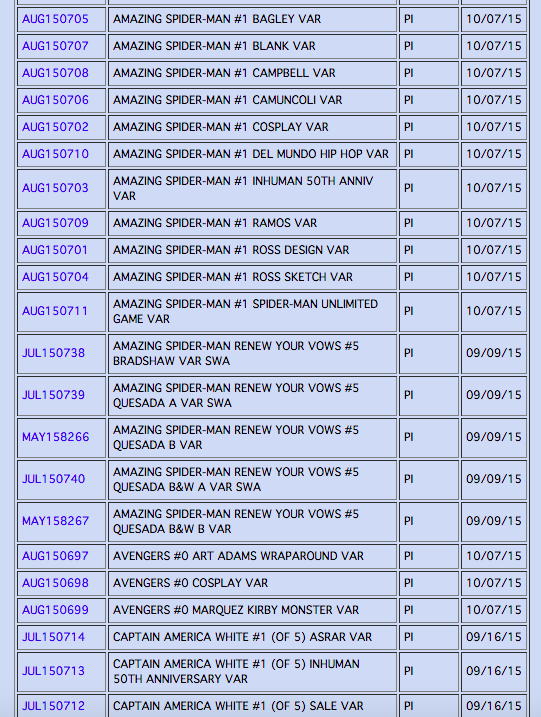 I know when it came time for my hellish ordering this week, I had to make a lot of estimates. I had to consider how many summer customers were holding over, how many fall customers would be coming in — all while measuring how close or far this took me from hitting the incentives to get certain variants. I could sell these for twice the cover price, guilt-free, since customers are often willing to buy them elsewhere for three times the amount if I don’t stock them.

Sometimes the gamble pays off and everybody’s happy. The two extra copies I added to my already-large order for this month’s Secret Wars Secret Love #1 allowed me to get five copies of an incentive variant. Those extra issues were sold within minutes — and I sold the five variants at cover price (because I don’t like charging extra if someone is eager to actually read something.) 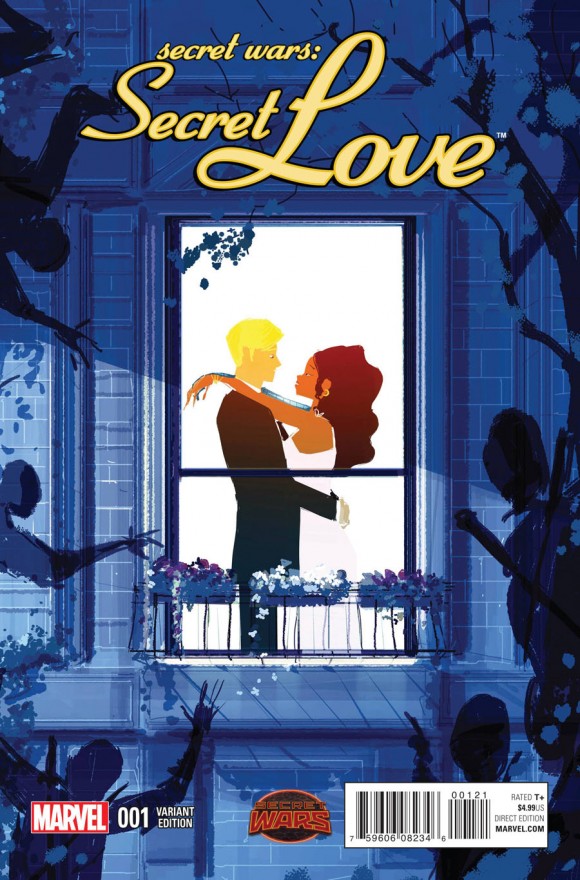 Very rarely have I ordered an incentive variant on pure monetary speculation. When a customer requests a specific cover far above our ordering range, I crunch some numbers and give them what it will cost me, what I will get out of it and what I will charge them. So far, no one has taken me up on that offer for a 1:100 cover.

So we’re not on a bubble right now. Rather, we’re standing on a precipice. We stand over a glorious valley of comic readership we never imagined. But if things aren’t handled just so, the ledge could give way.