O’Neil and Grell’s GREEN LANTERN to Get Book Release

One of comics’ greatest writers ever, O’Neil is, of course, best known for his runs with Batman and on Green Lantern/Green Arrow (plus The Question, too!).

Well, if you want to know what he has to say about his years with the Darknight Detective – and you do — click here.

But on the GL/GA front, DC is finally collecting O’Neil’s 1970s work with Mike Grell – which has long been overshadowed by the scribe’s seminal run with Neal Adams.

According to a listing on Amazon, here’s what you have to look forward to in January 2020: 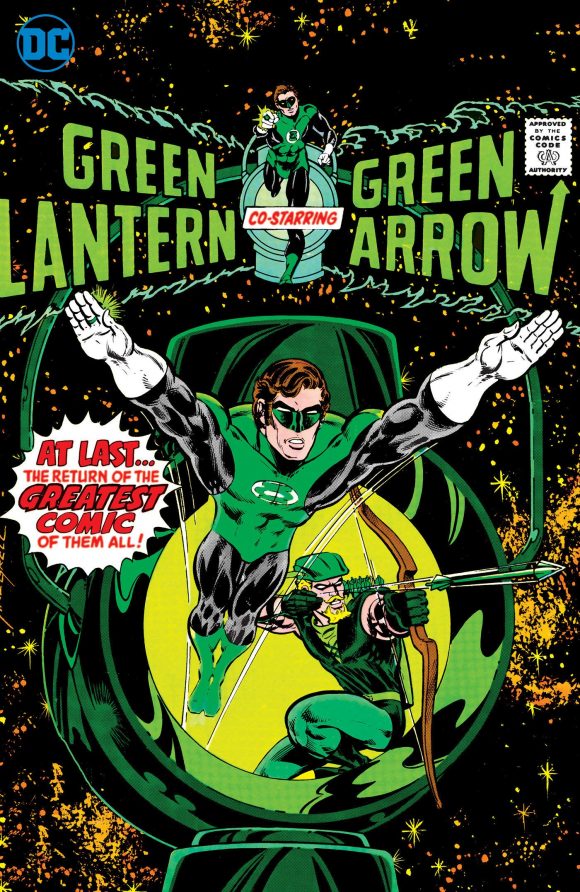 Placeholder image for the book

The heroic team of Green Lantern and Green Arrow made their return in 1976 following their groundbreaking, social and political issue-driven adventures from the start of the ’70s. In these new tales, the pair battled cosmic villains that threatened the safety of Earth and the entire galaxy.

These stories are written by Dennis O’Neil, one of comics’ most respected writers of the 1970s, with slick art by rising star artist Mike Grell.

This is the first time these stories have been collected but our usual caveat applies: DC hasn’t officially solicited this book yet. Sometimes their collections show up on Amazon and in other listings before that happens. Not only that, DC has had a track record lately with its retro collections – soliciting books and then cancelling them shortly thereafter. So, it’s a matter of waiting until this actually comes to pass.

Still and all – pretty groovy.