Jimmy Palmiotti, Justin Gray and Pier Brito are offering a something a little different with their “Denver” Kickstarter announced yesterday: A music soundtrack.

So, OK, I’m down with that. But I did have some questions for composer Hans Karl, whose music can be heard in documentaries, animated shorts, indie film, commercial jingles and other projects. He’s also released several albums in various music genres, including “Shagxotica!” — music inspired by the art of Shag. 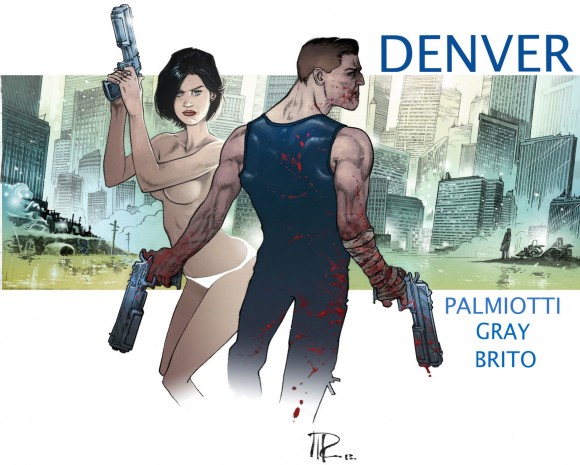 Dan Greenfield: How do you summon an idea on what to write for a comic book? How does that differ from any other kind of composing gig?

Karl: I’m a visual artist at heart, so visuals, especially fantastical ones, tend to summon music within my mind’s eye. The story is just being told through a different canvas; an aural one.

In the case of “Denver”’s visuals/story, I don’t think it differs substantially for me from other composing gigs. Whether I’m composing for a direct-to-DVD film trailer, a documentary or music inspired by a comic book, the fundamentals are the same for me. It’s basically about finding the emotional core and tone from what’s being presented.

With “Denver,” I worked off of the initial art and script, and that brought forth music “within” the story to me. Jimmy has guided me, in terms of the style of score music that he’s wanted. He is good at explaining things in terms of punch and a gut level feeling. The process of composing this music inspired by “Denver” has been quite fun.

How did you connect with Jimmy?

Jimmy and I initially connected via Twitter. When he invited me to be his guest at the Long Beach Comic Con, I had a great time chatting with him at his table. We talked comics, storytelling, music and whatever. We’ve since hung there again, and it’s been great. Jimmy respects his fans and is kind to them. I admire that. 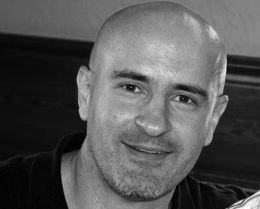 Some of my favorite comics by him and Justin Gray are The Monolith, Time Bomb, and Tattered Man. I just got done reading the new Kickstarter-backed “Forager” comic, and I absolutely loved it! It had a positive outlook on life and exploring the universe.

I will say that I am a voracious reader and fan of comic books in general, both superhero and indie. You name it. In fact, comic book stories and illustrations inspire me as much or more than film does for composing score music.

Where did you find your influences for this?

The main influence for “Denver” has been electronic music mixed with a moody and cinematic tone. I enjoy ’70s and ’80s electro-pop and ambient music. Artists like Brian Eno, Kraftwerk, Vangelis, Kitaro, Tangerine Dream and Devo. Going even further back, I love the use of theremin that film composer Bernard Herrmann used in his score for “The Day the Earth Stood Still.”

In the ’80’s, I couldn’t get enough of bands like Depeche Mode, the Psychedelic Furs and early A-Ha. I’m still a big U2 fan as well. Oh, and I adore the Beatles. Who doesn’t, really? My friend Rusty Anderson, who I grew up with in La Habra, Calif., is now Paul McCartney’s lead guitarist. I’m very proud of him. 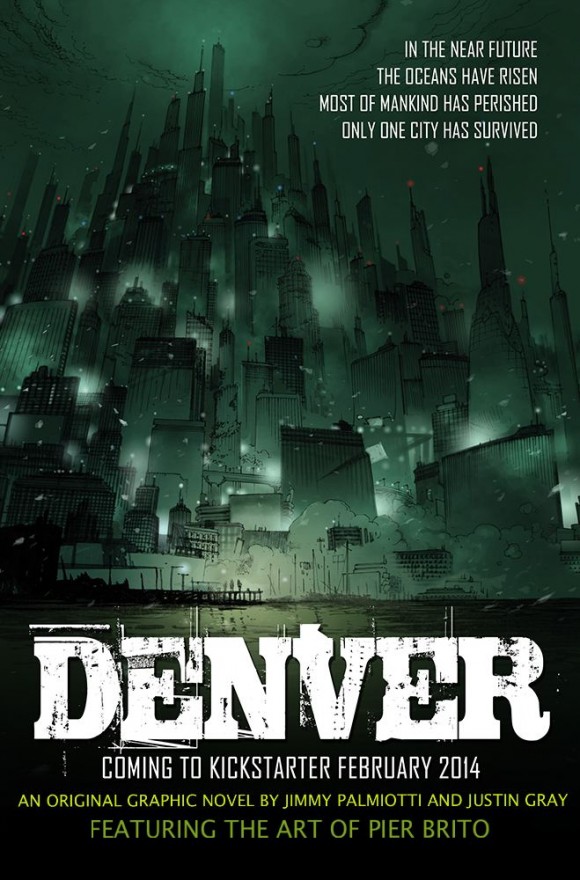 I like all types of film music, from Golden and Silver age composers like Franz Waxman and Jerry Goldsmith, on to many modern day film composers like Mychael Danna. I was trained classically on piano from the age of 7, so Beethoven is probably one of the biggest influences on all of my music. In fact, he’s probably my favorite composer, if there really ever can be such a thing. There are so many great ones.

In the end, all of these musical buttons worked as a filter for the sound of the music I’ve composed for “Denver.” I look forward to once again composing music inspired by more comic books, as well as possibly composing music for comic-book trailers and movies.

For more on Karl, hit up www.hanskarlmusic.com. To check out the Kickstarter, go here!