Jimmy Palmiotti and Justin Gray have a really cool new Kickstarter launching — and here’s some really cool art — including a teaser from one of my fave artists working today!

Last week, we brought you the exclusive teaser image for “Denver,” Jimmy Palmiotti and Justin Gray’s new Kickstarter project from PaperFilms, which gets off the ground in earnest today. This time, they have Pier Brito along as illustrator. 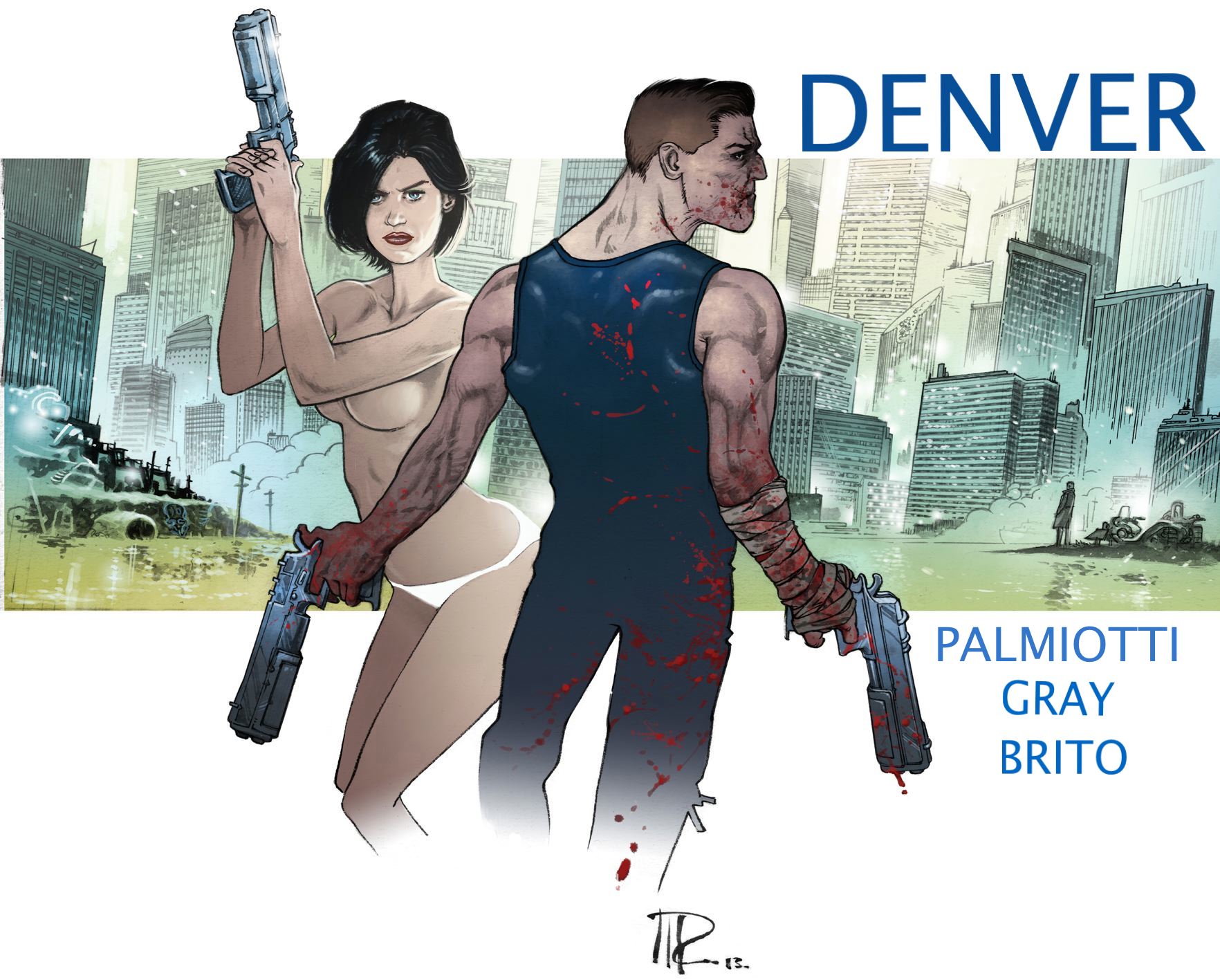 The premise is simultaneous high-concept and simple: The world’s oceans have risen and only mile-high Denver has survived. Its chief protector is one Max Flynn until, as the official announcement puts it, “an extreme group of individuals brings betrayal and blackmail and Max is forced to go against everything he has stood for in order to save the woman he loves.”

“Denver” is pegged at 72 pages and for the grown-ups. It’s the sixth Kickstarter campaign for PaperFilms, Palmiotti and crew’s production shingle. The previous five were “Queen Crab,” “Forager,” “Weapon of God,” “Retrovirus” and “Sex and Violence.”

This is also the first American original graphic novel illustrated by Pier Brito (he was born in Uruguay and lives in Amsterdam), and from what I’ve seen, it’s pretty darn gorgeous. 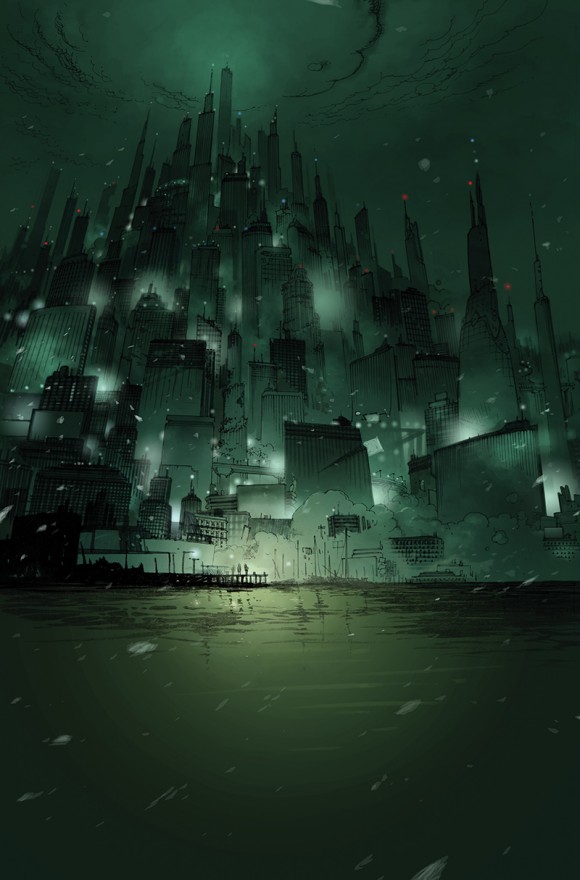 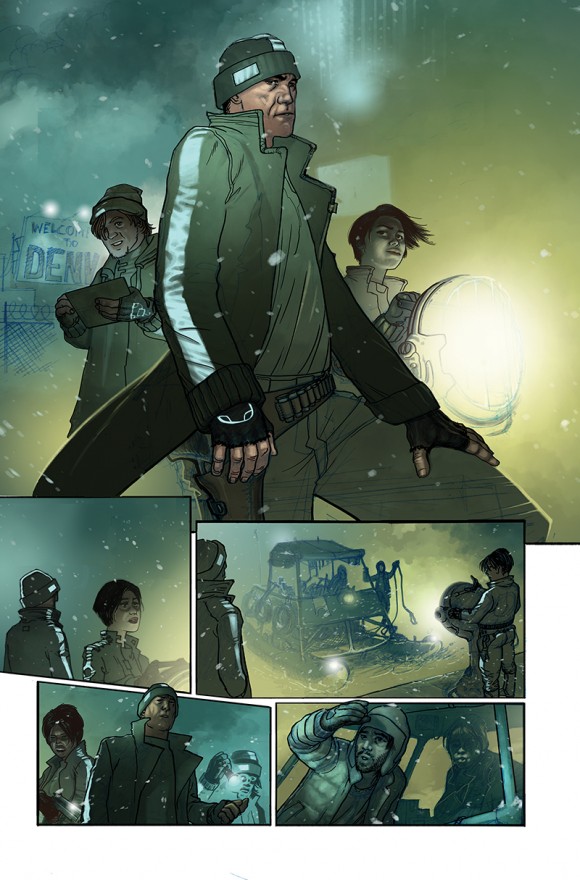 And here’s another cool thing: The campaign will be the first PaperFilms graphic novel to have a soundtrack inspired by the book, by composer Hans Karl (more on that soon).

“With Denver, we had the idea of creating an original soundtrack based on the art,” Palmiotti said. “Hans was given the script and art and went to work creating what we think is the perfect accompaniment to the book. … I also wanted an original song for the ending of the soundtrack and we approached singer songwriter Carrie Johnson to see what she could do. Together, they knocked it out of the park and we are able to offer the soundtrack to the backers of the Kickstarter campaign to accompany the book.”

(For more from Palmiotti, check out Nerdist!)

This is where I get out of the way for that EXCLUSIVE Conner art I mentioned. Badass! 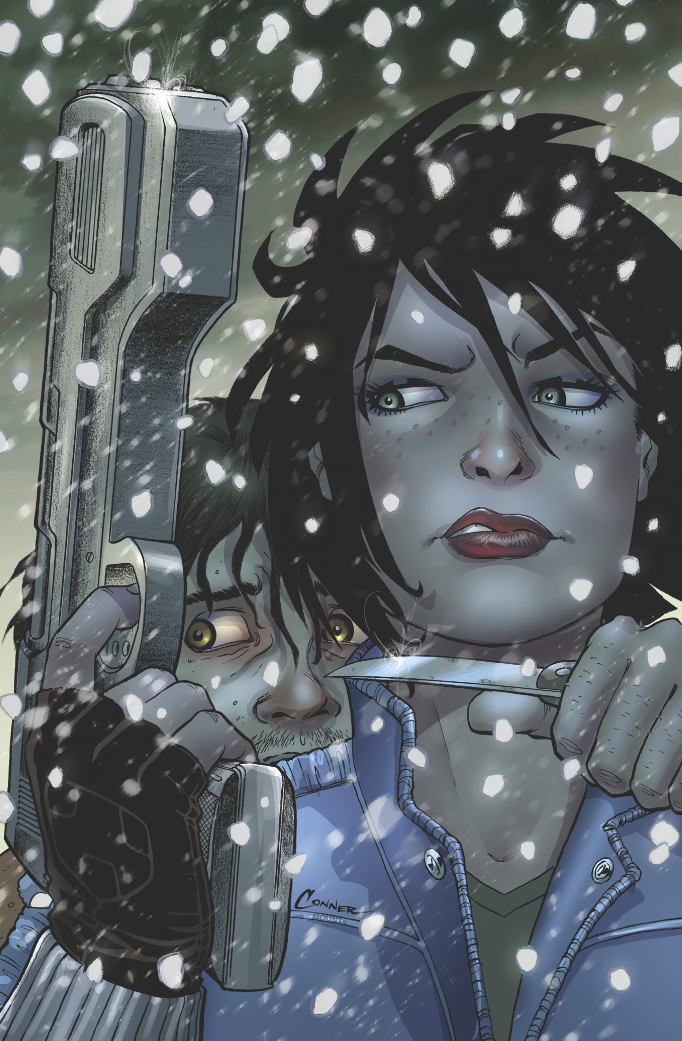