Mego’s MISSION TO GAMMA VI: The Apple of Any STAR TREK Fan’s Eye

TOYHEM! Our pal Scott Tipton — one of comics’ leading Star Trek writers — beams you down to one of the grooviest playsets ever… 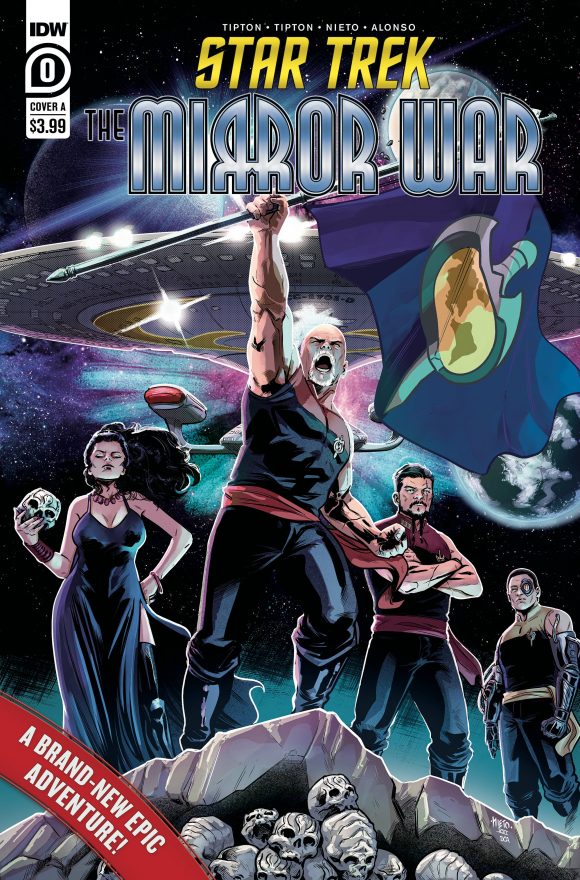 13th Dimension contributor-at-large Scott Tipton is a Star Trek expert of the highest rank — with nearly 20 Trek graphic novels and prose stories under his belt, including the current Star Trek: The Mirror War event published by IDW. He also loves toys — and Megos. So here’s a long overdue TOYHEM INSIDE LOOK at one of the grooviest Trek playsets ever — one which I’d love to hunt down myself: Mission to Gamma VI. 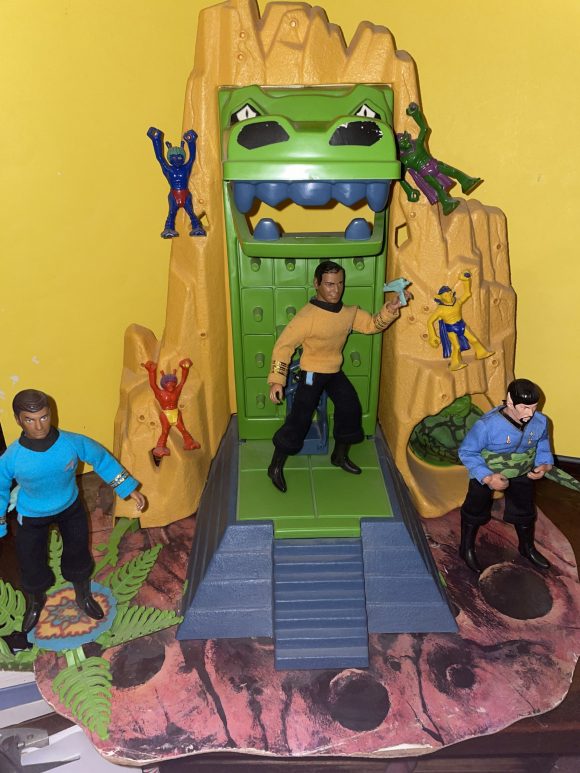 When I was a little Mego kid back in the 1970s, my Mego love was mostly found in three directions: World’s Greatest Super-Heroes, Star Trek and Planet of the Apes. WGSH got most of the love, because as the most popular of Mego’s product lines, it was refreshed the most often, so visits to the local department store (or, if really lucky, Toys R Us) frequently were met with new figures, or, even more exciting, new vehicles or playsets. The Batcave, the Hall of Justice, the Wayne Foundation, the Spider-Car – as a Mego superhero fan, I was spoiled.

Such was not the case for Star Trek. After the core group of five Enterprise crew members (Kirk, Spock, McCoy, Scotty and Uhura), the Klingon, and the Bridge playset (probably the most successful playset Mego ever manufactured), it was a desert out there in the aisles for Mego Star Trek fans. There were two assortments of alien action figures for your Mego Enterprise crew to tangle with, one hard to find and one nearly impossible to find. And that was pretty much it. But even as a kid, I knew there was something else — and was always looking for it — but never saw one in the wild. My only knowledge of it came from a dim recollection of a TV commercial…

The Mission to Gamma VI! I had to have it! It was the only thing missing in the world of Mego Star Trek: someplace to beam down to! My entire childhood, searching Toys R Usses and King Norman’ses, Gemcos and Treasuries, Emporium-Capwellses and Montgomery Wardses, I never found one. As I got older, I began to wonder if I’d only been imagining it, until I finally found photographic evidence in an early ’90s action-figure magazine. 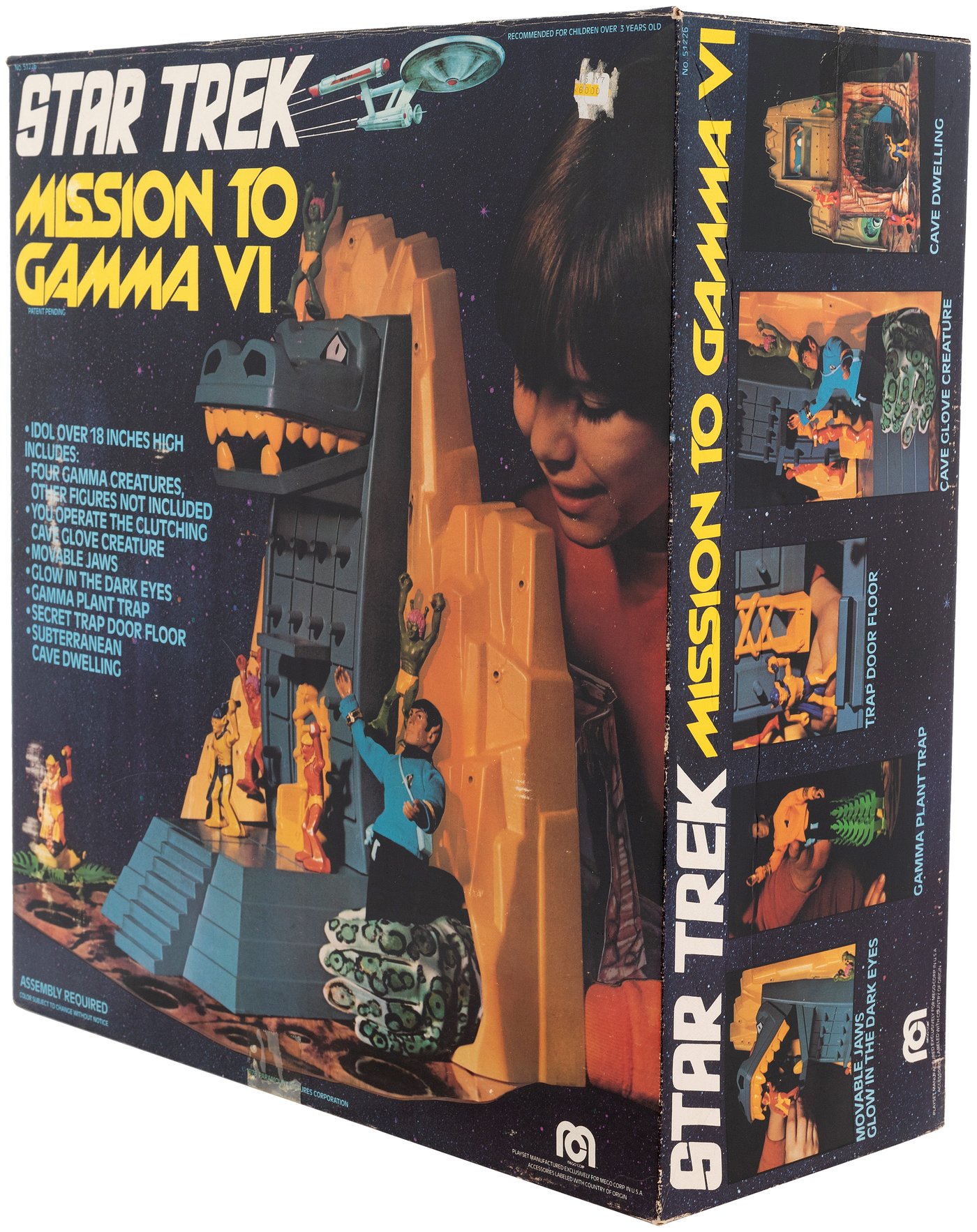 Jump ahead to the year 2011, where I had gotten into the habit of absentmindedly typing “mission to gamma vi” into an eBay search box every six weeks or so, just in case. Like a miracle, there it was, with nobody bidding on it, and surprisingly affordable! (These days whenever I see one go up for bid, it’s always going for a small fortune.) A click of the mouse and two weeks for shipping later, and Mission to Gamma VI was mine, mine, all mine. 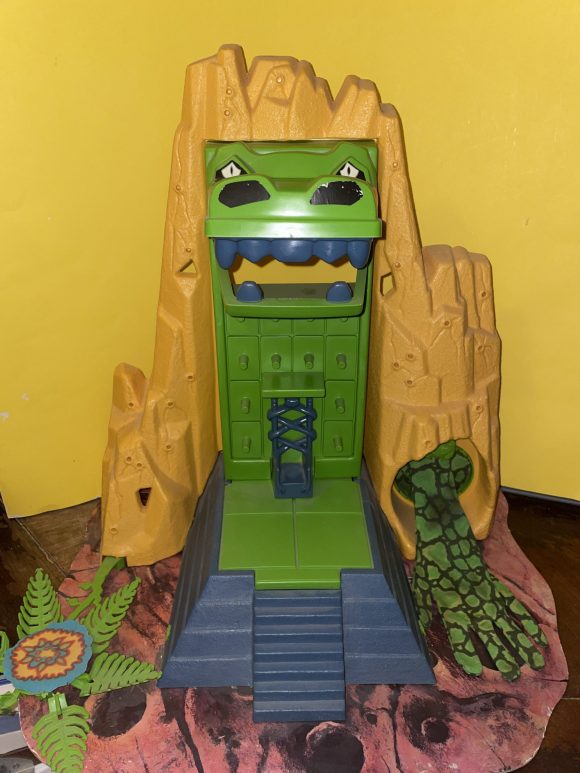 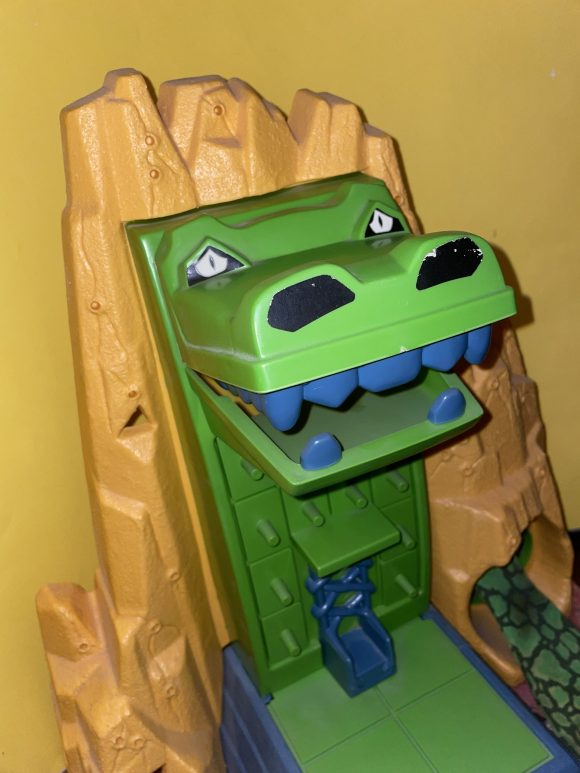 And I have to say, it didn’t disappoint. Based loosely on the Vaal idol from the second-season episode “The Apple,” the giant lizard head that makes up the majority of the playset absolutely oozes 1970s Mego charm. I especially like the movable jaw, just to give the lizard a little character (or to chew on an action figure, if that’s your jam). 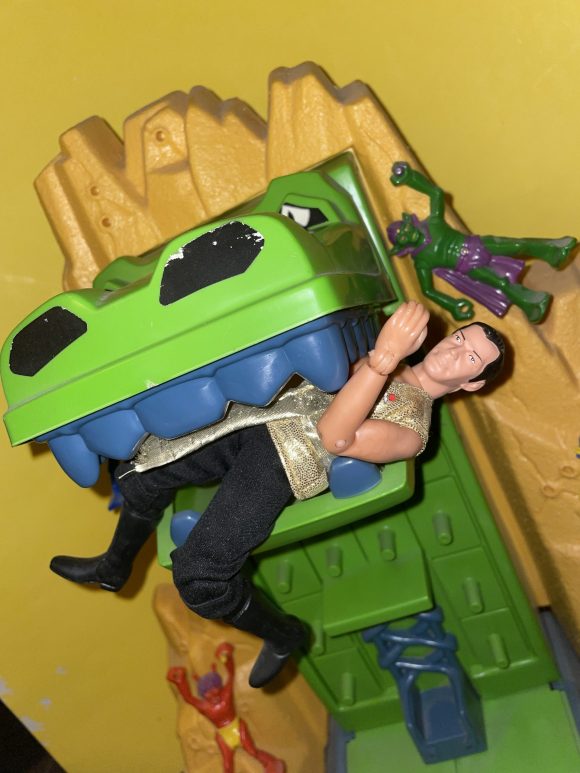 The other action features are equally charming, if simple, like the plant trap with leaves that spring up to grab Doctor McCoy, and the downright silly lizard glove that can extrude from the right side of the playset to clutch Mr. Spock. 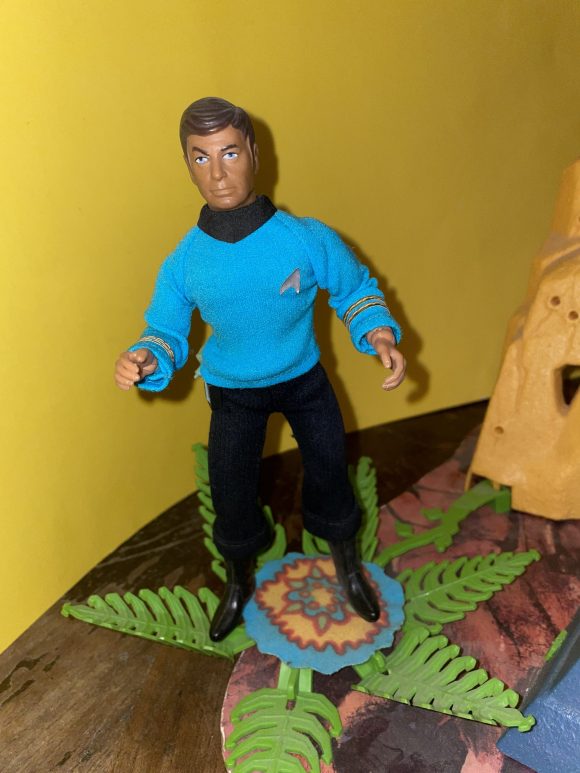 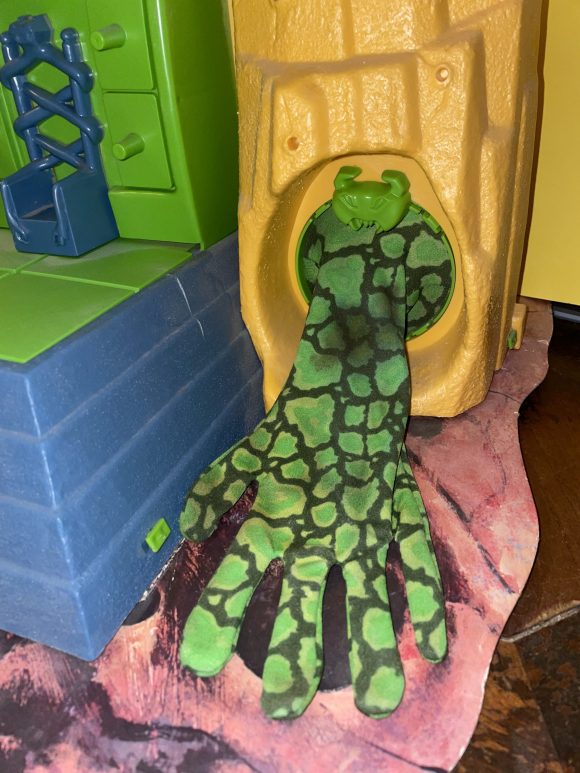 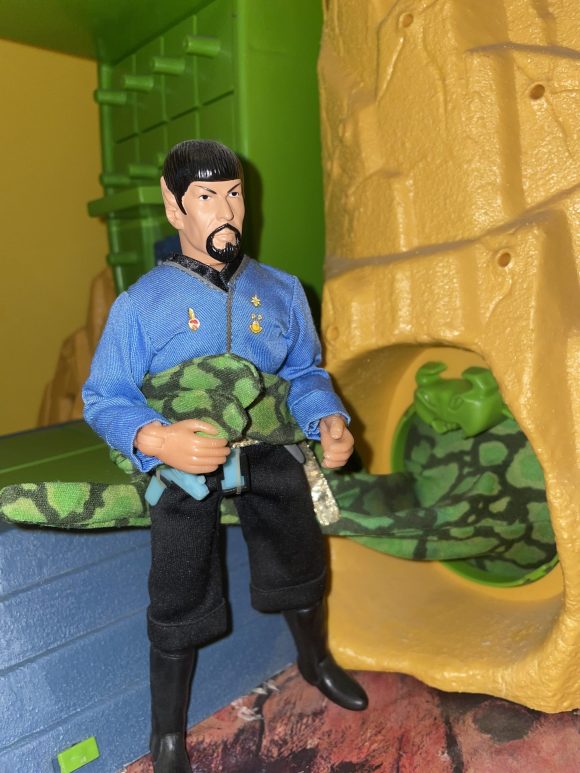 And then there are the aliens. Completely out of scale, looking like nothing that ever appeared on the television series, they crawl all about the lizard idol thanks to convenient plugholes placed, well, everywhere. 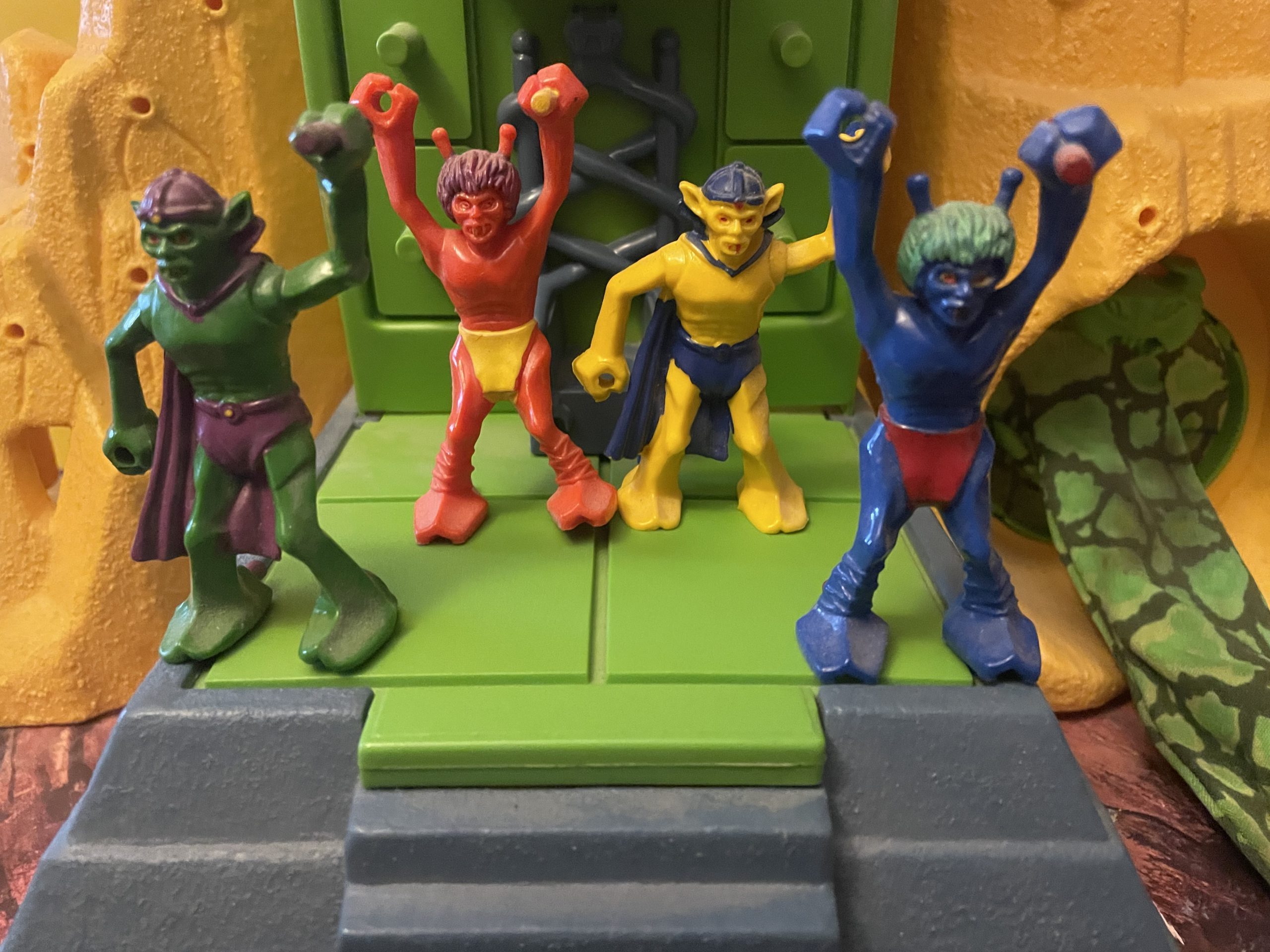 The dudes with the antennae vaguely resemble the tribespeople from “The Apple.”

Reading this back, I realize how laughable and “non-Star Trek” this all sounds, but this truly is a case of the final product being greater than the sum of its parts. Once you place some Mego Trek figures in and around this thing, it looks fantastic. And it’s one more Mego Holy Grail finally acquired. Only a few left…

I’m looking at you, Mego Jokermobile. 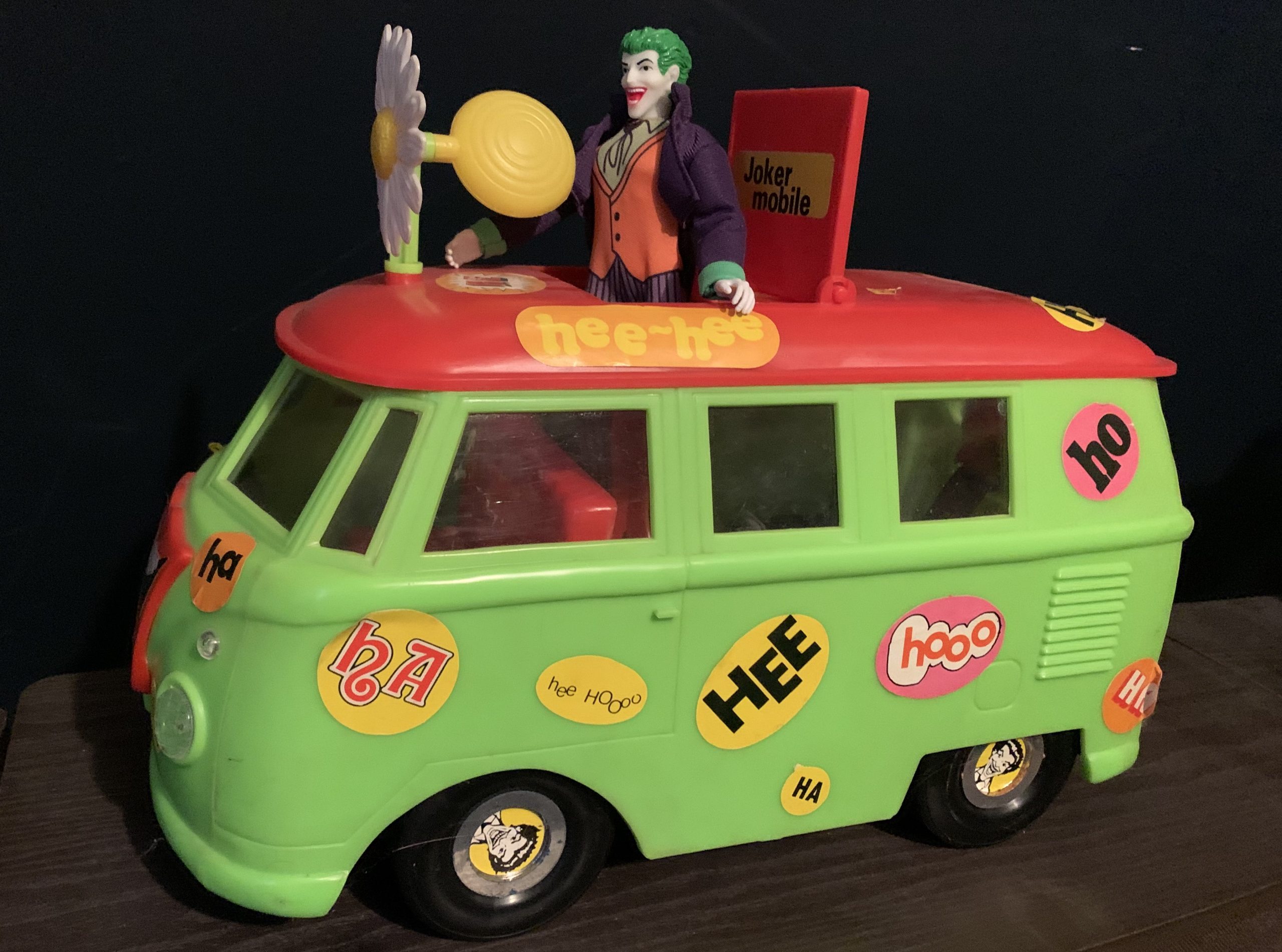