Marvel to Reprint OFFICIAL HANDBOOK OF THE CONAN UNIVERSE 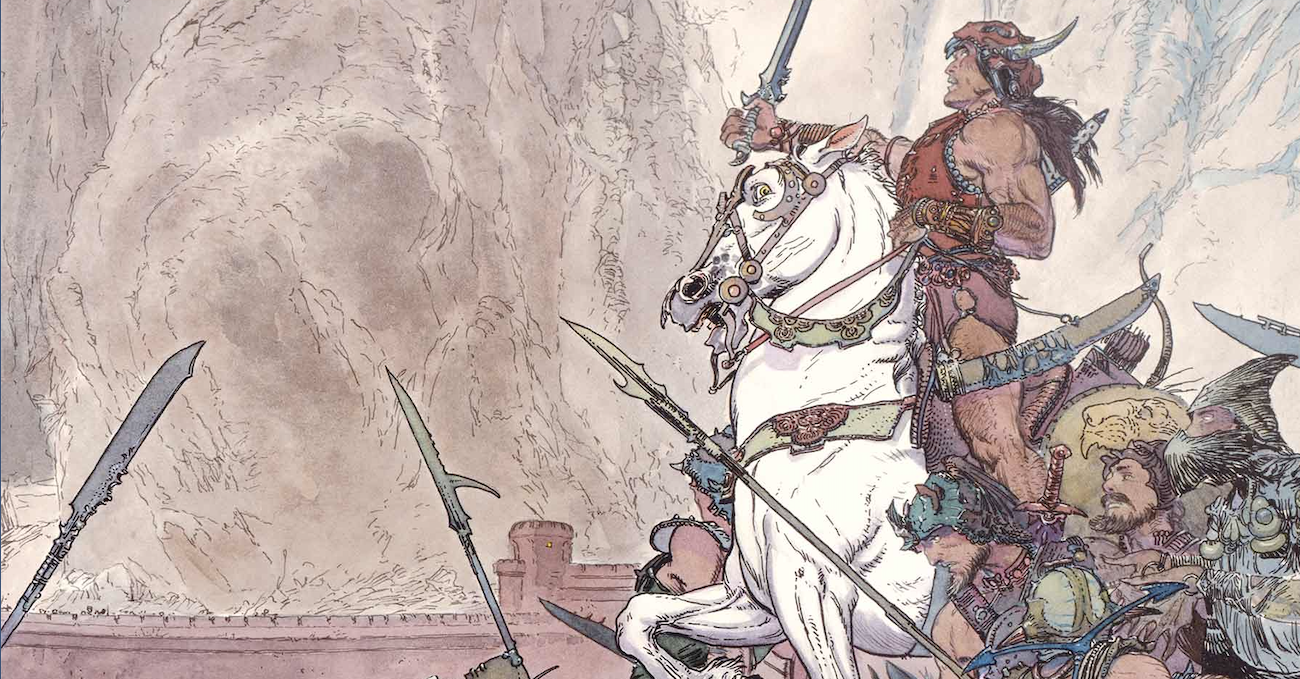 I suppose it was only a matter of time once Marvel got its Cimmerian mitts on Conan again, but the House of Ideas is republishing 1986’s The Official Handbook of the Conan Universe. 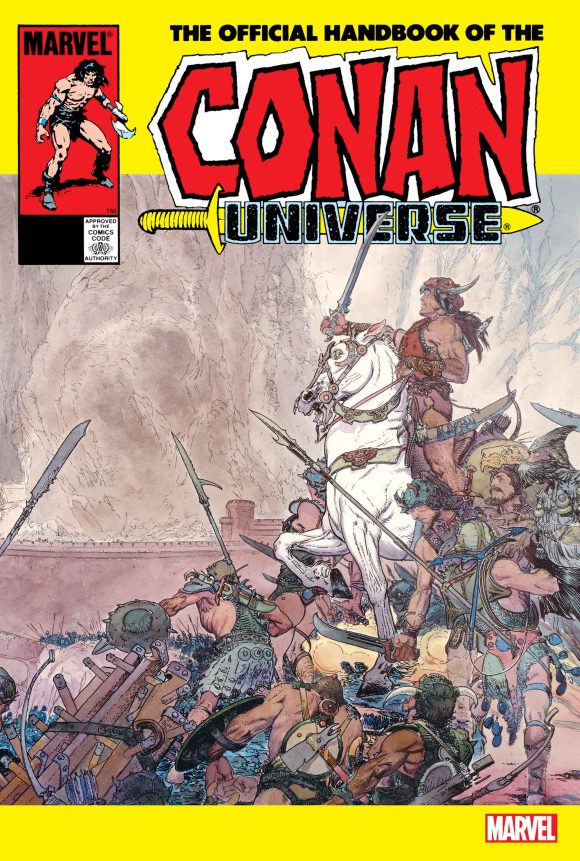 THE OFFICIAL HANDBOOK OF THE CONAN UNIVERSE ANNIVERSARY EDITION
Written by ALAN ZELENETZ
Penciled by VARIOUS
Cover by MICHAEL KALUTA
In the proud tradition of THE OFFICIAL HANDBOOK OF THE MARVEL UNIVERSE, this comprehensive compendium of Conan characters – first published in 1986 – offers a detailed guide to the many heroes and villains featured in Marvel’s classic Conan comics! And with the 50th anniversary of Conan’s comic debut upon us, what better time to revisit this fact-filled handbook? Experience the A to Z of Conan’s savage world, filled with illustrations from some of the greatest talents of the era – including the legendary John Buscema! Don’t miss this indispensable reference tool for everyone’s favorite Cimmerian and his fearsome foes, allies including Valeria and Bêlit, and the many realms of the Hyborian Age! Reprinting HANDBOOK OF THE CONAN UNIVERSE #1.
40 PGS./Rated T+ …$5.99 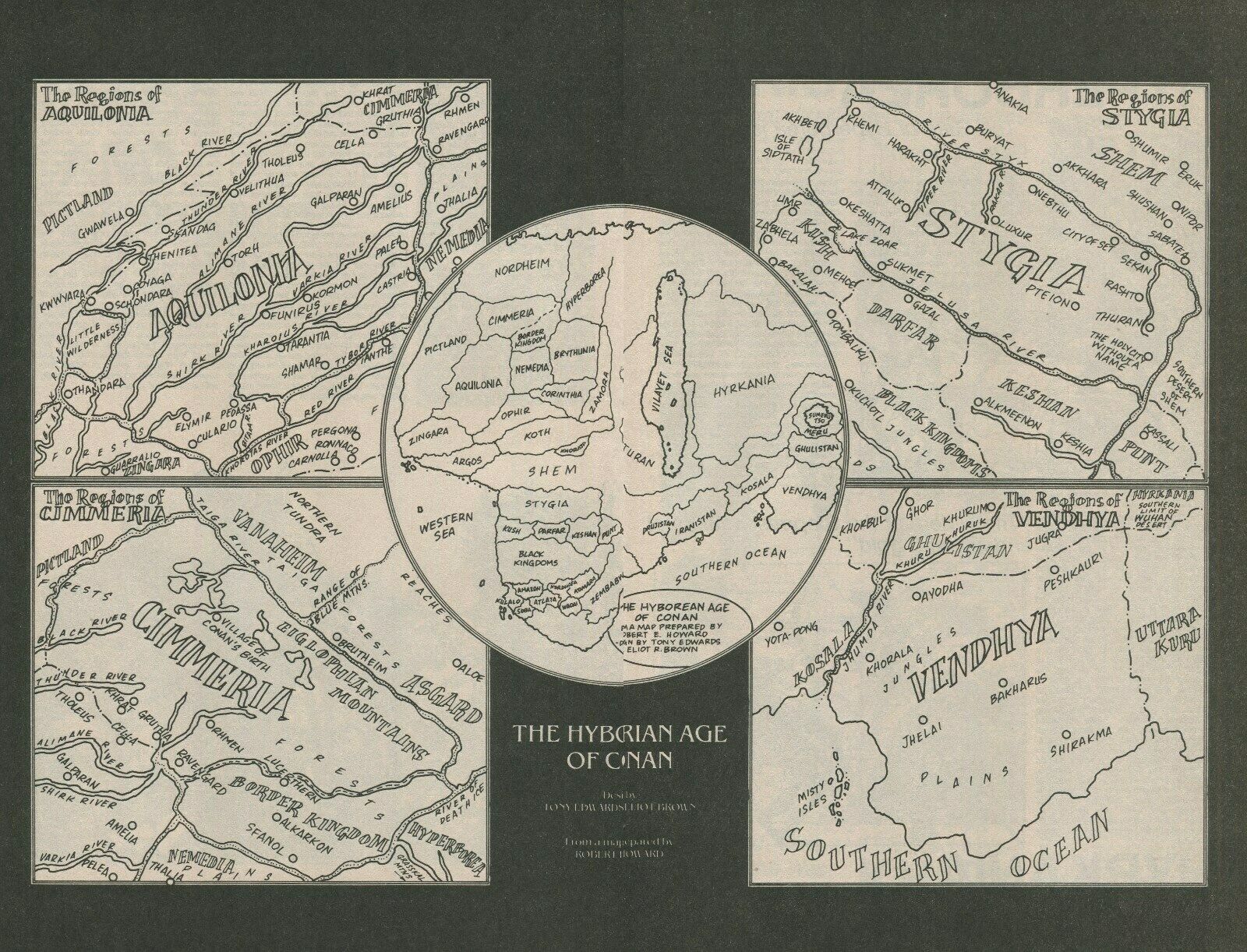 — Though it’s a complete reprint, it’s not being marketed as a Facsimile Edition. I’m guessing that’s because there were no ads, etc. At least I don’t believe there were.

— Standard Price Comparison: An unslabbed, NM copy of the original recently sold on eBay for about $18. The reprint will set you back a third of that.