EXCLUSIVE: Set for an April release…

It’s nice to see that the new Marvel Comics Digest series, produced by the House of Ideas in conjunction with Archie Comics, appears to be doing well. Issue #5, focusing on the Avengers and Black Panther, is due in February, tied to the latter’s first film. (More on the issue soon.)

After that? Marvel Comics Digest #6 hits 4/18 — starring the Avengers and Thanos, the adversaries (natch) in May’s Infinity War.

That’s one of the things I dig about these digests: They’re usually linked to a Marvel flick — and sold at retailers in addition to comics shops — potentially catching the eyes of new readers, especially kids.

Here’s your FIRST LOOK at the cover: 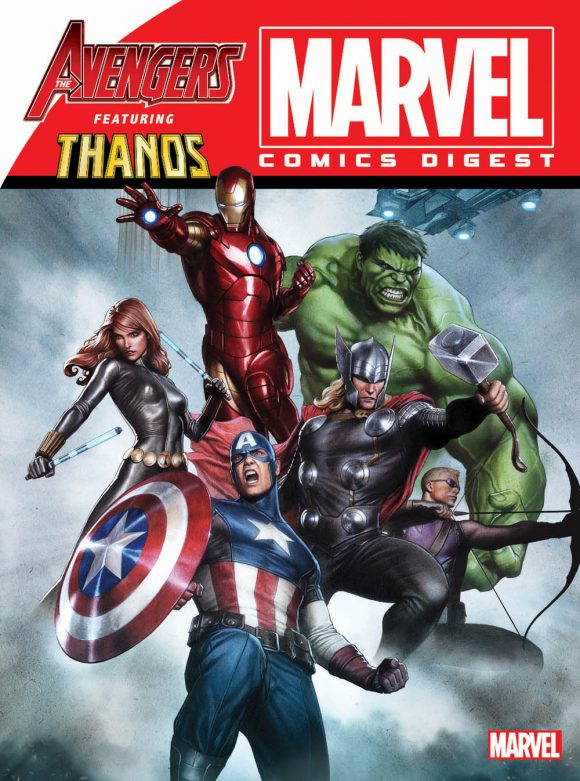 Marvel Comics Digest #6 is 224 pages of vintage and recent reprints and lists for $6.99.