Life is filled with small mistakes but sometimes, if you wait long enough, you get a chance to fix them.

In the context of my fulfilling Batlife, I let go of something years ago that I wish I still had — a Japanese, battery-operated, bright-blue tin 1966-style Batmobile. It was never my favorite toy, but I did like it a lot when I was Young Dan.

Little did I expect that I’d ever miss it enough to want it back. eBay? You’re talking hundreds of bucks I’d rather spend on other things.

Someone’s selling this on eBay

Funko specializes in toys and tchotchkes, often with an Asian flavor. Toy Tokyo is an eminently cool shop in Manhattan’s East Village that specializes in Asian-inflected toys and imports.

Together, they’ve produced this: 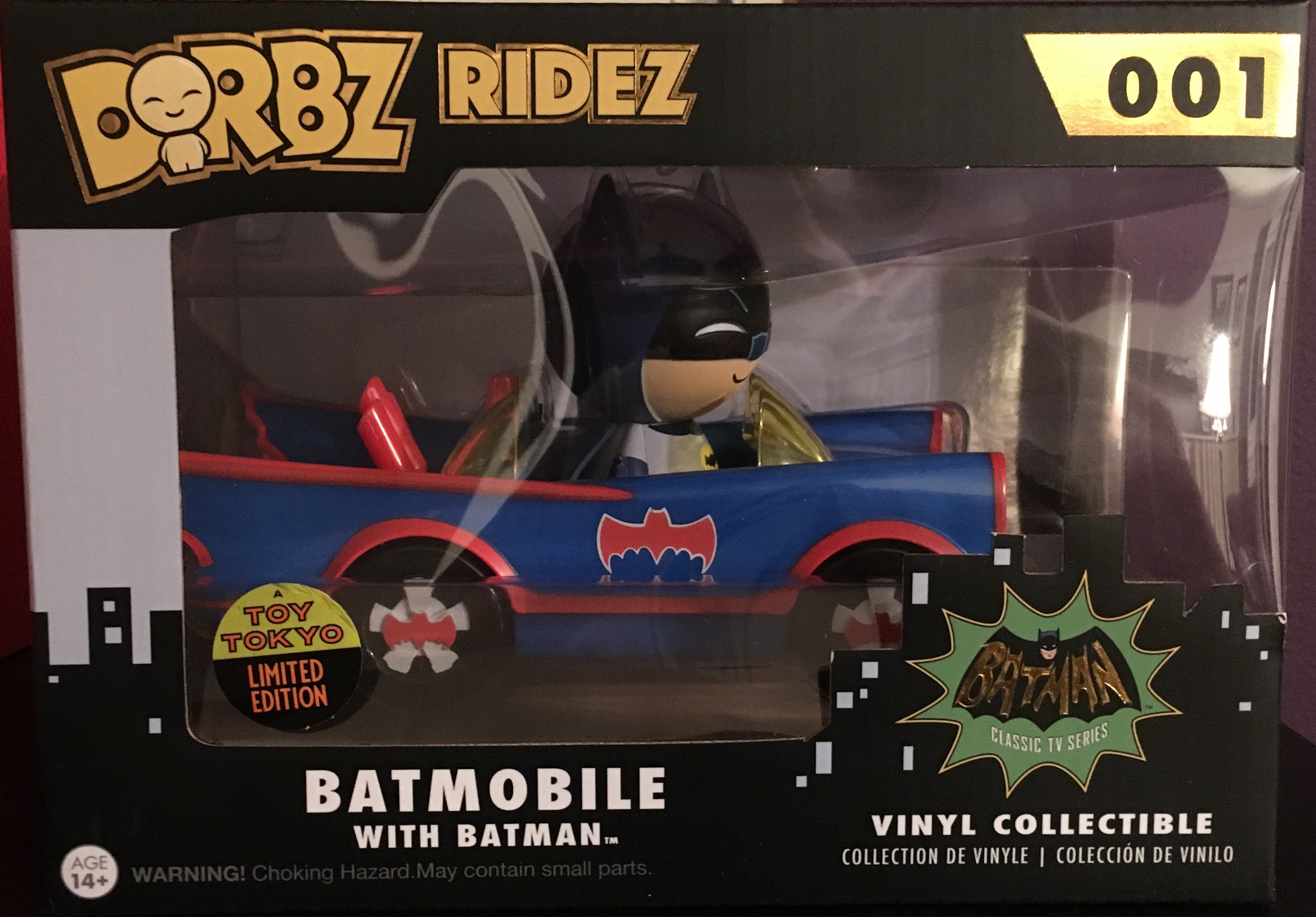 The Dorbz Ridez Batmobile with Batman, in blue.

Or technically, Funko produced it but it’s a Toy Tokyo exclusive that I scored at the inaugural Play Fair — the kiddie convention connected to Toy Fair. Now, the good news is you can pre-order your own online for $40, whether you’re a Funko Dorbz collector, a Batman collector or a Batman ’66 collector. 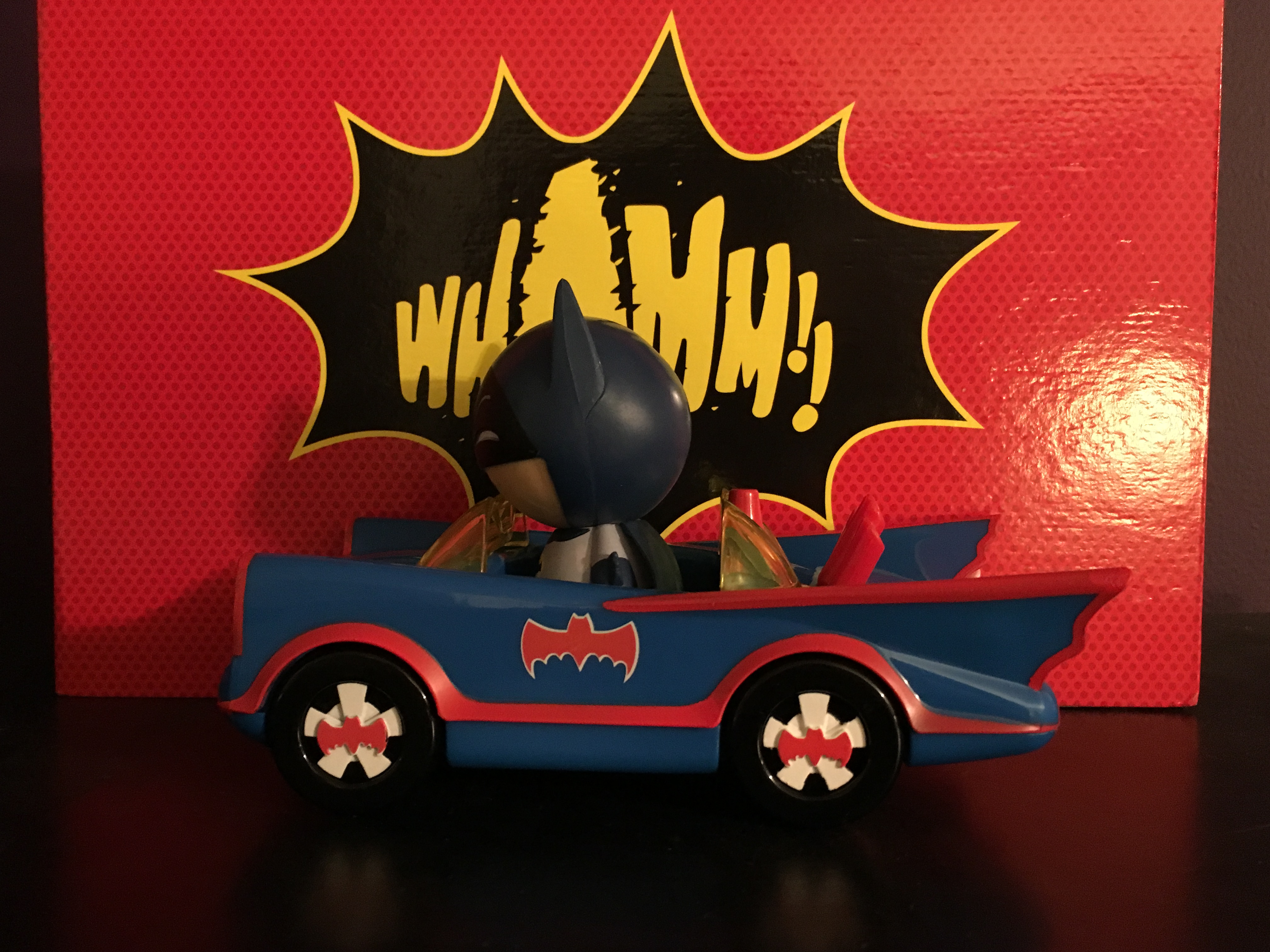 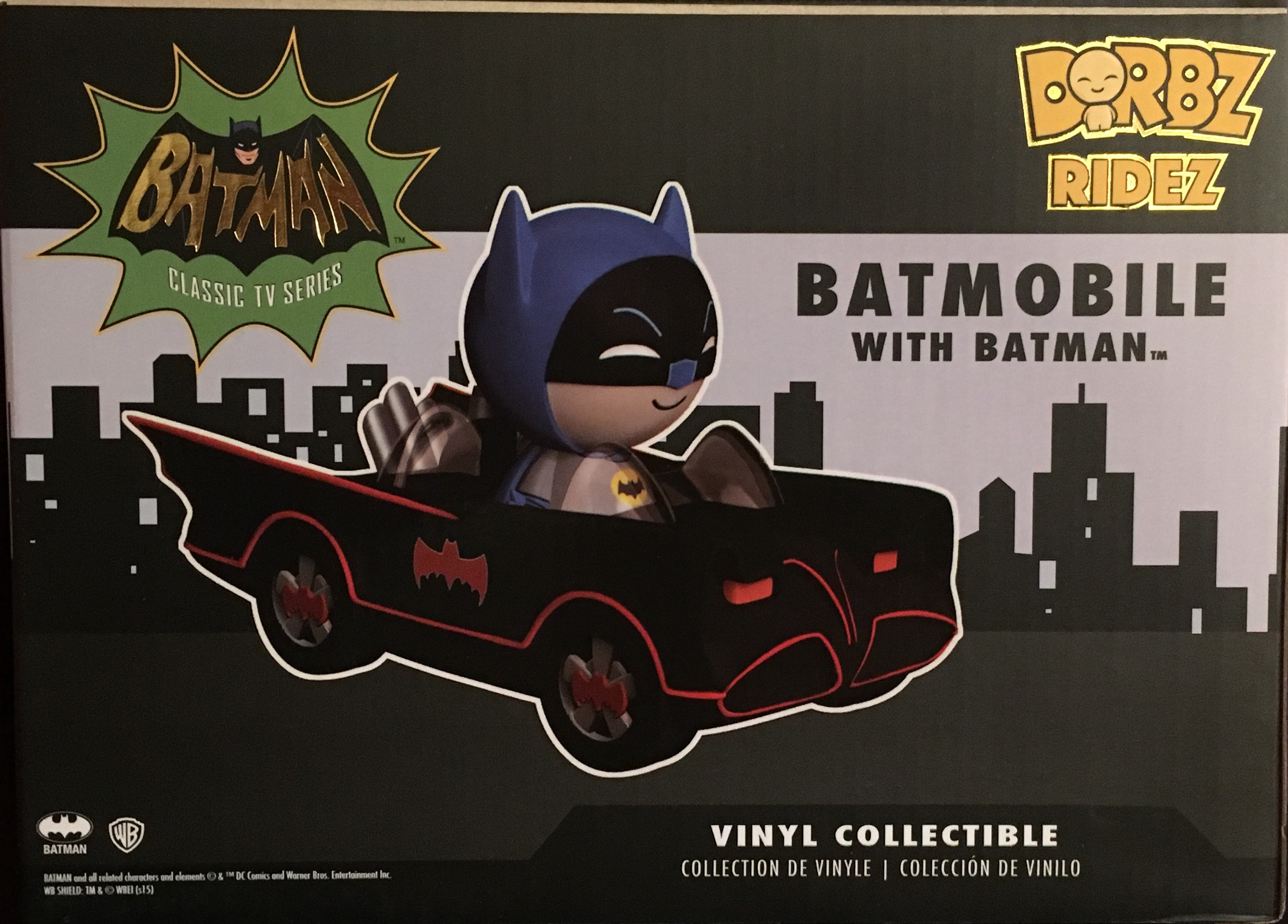 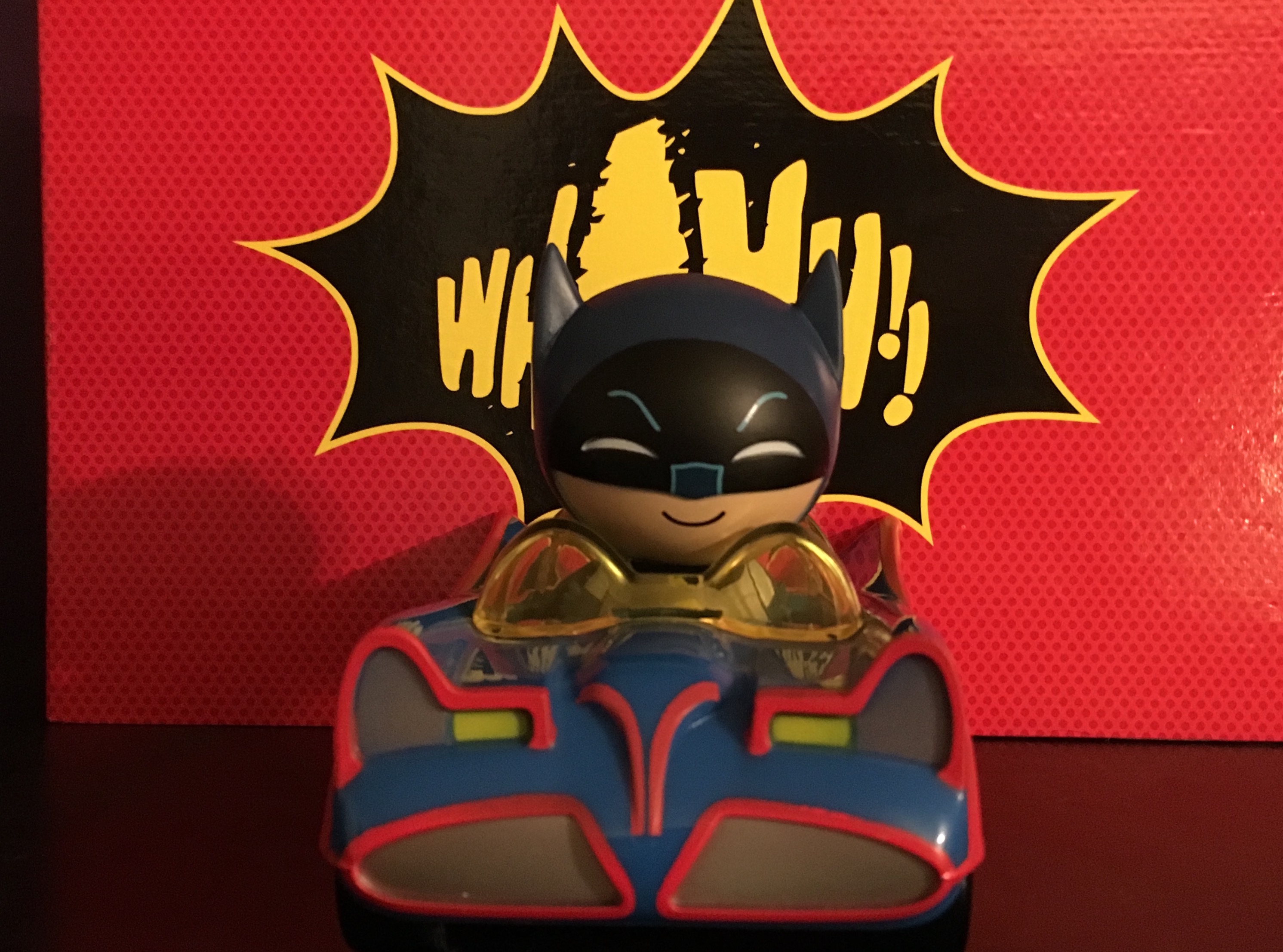 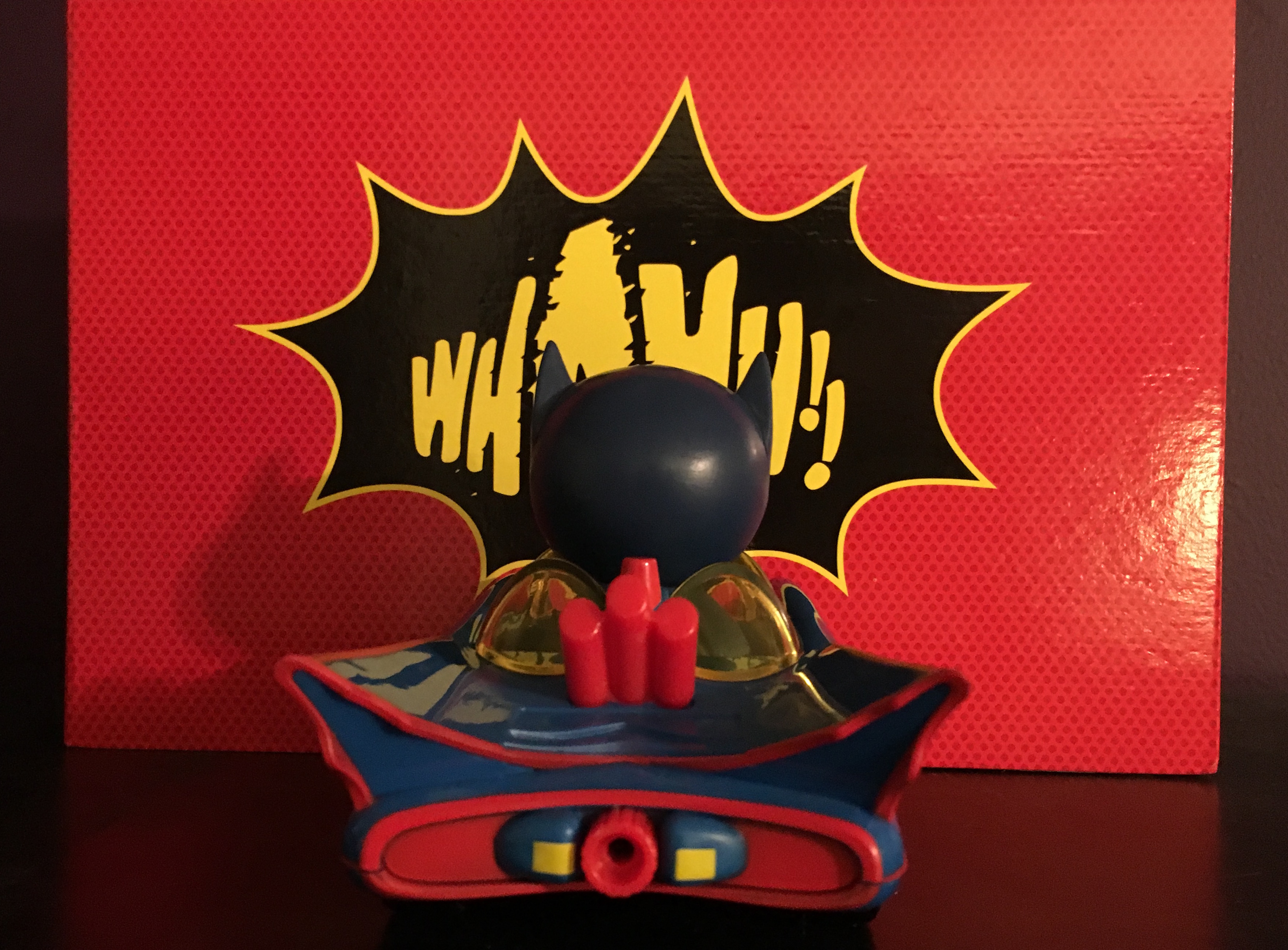 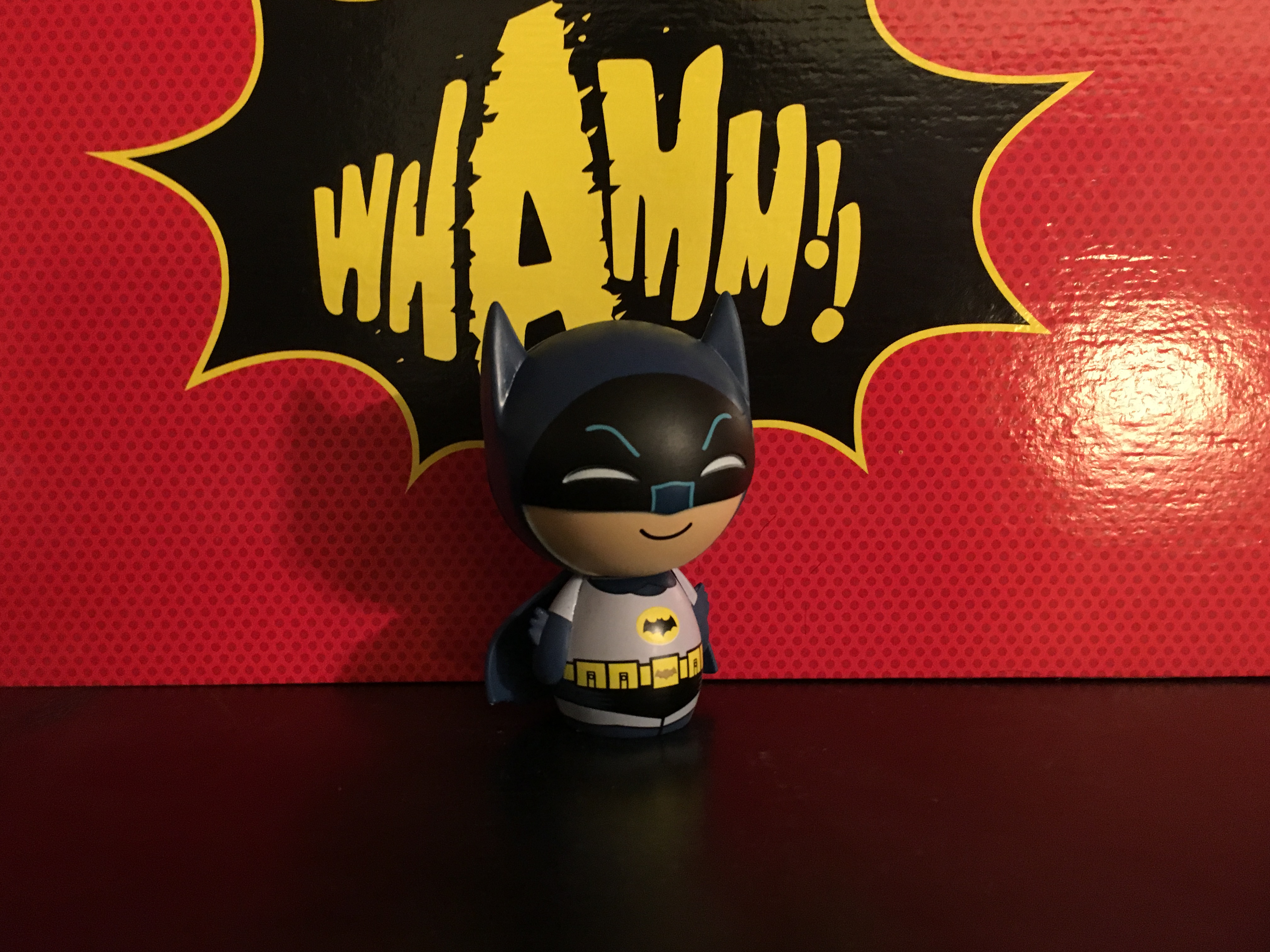 Funko’s items are inherently whimsical, never taking their source material too seriously, even if the source material is pretty serious. But with Batman ’66 and Dorbz, it’s a marriage made in Silly Heaven.

Toy Tokyo and Funko have produced exclusive blue (and similarly retro red and gold) Batmobiles before with Pop! and bobblehead figures. The Dorbz version improves on those because it’s reminiscent of the cherubic Caped Crusader in the original tin toy. (UPDATED: I’m informed there was a red Dorbz Batmobile that was a New York Comic Con exclusive last year!) 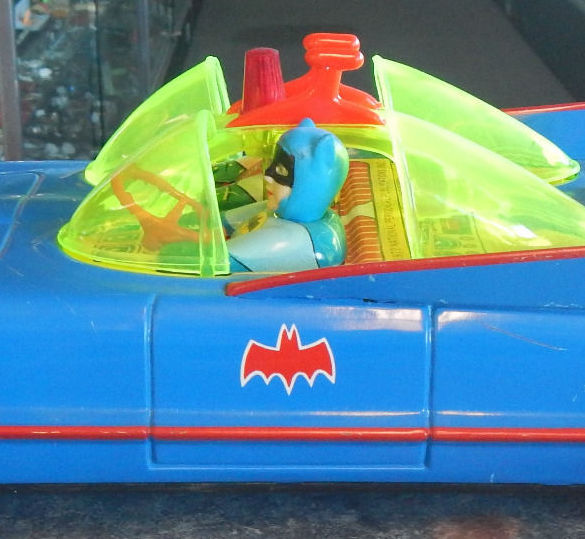 The whole thing feels like a kind of exaggerated homage to a bygone favorite.

Which is why I’m making a nice space for it on my shelves.