Every other company has a Batman ’66 license now. But if you wanna recreate that Batman Meets the Green Hornet episode, there’s one place to go …

UPDATED 12/5/16: Van Williams has died at the age of 82. This piece first ran during our GREEN HORNET WEEK, but I imagine a lot of people will want to check this out either again or for the first time. For more of our Green Hornet/Van Williams salute, click here.

I was at Toy Fair in NYC earlier this year and the Factory Entertainment booth caught my attention. They had cool movie stuff and comics stuff and Beatles stuff. But they also had some Green Hornet stuff. 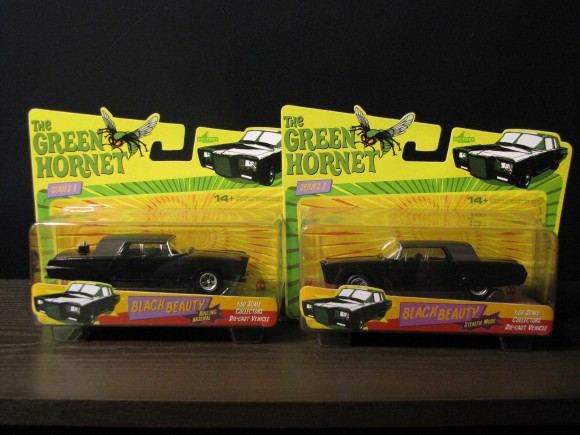 Why that struck me as interesting I couldn’t tell you, but it did. Mind you, up to that point I’d only seen that Batman-Green Hornet episode, the show’s pilot and that Seth Rogen bit of weirdness.

But I think it’s that what sowed the seed of this past week’s salute to William Dozier’s other go-go ’60s creation, the one born in the shadow of Batmania.

So last week we gave you an EXCLUSIVE preview of the latest chapter of the digital-first Batman ’66 Meets the Green Hornet from DC and Dynamite. Animator J.J. Sedelmaier chimed in with a terrific tribute to the show and we had a MIGHTY Q&A with Karl Kirchner, owner of one of the only two Black Beauty vehicles used on the show.

We wrap it all up then with what kinda-sorta started all this: A review of some of the neat swag available from Factory Entertainment, starting with … 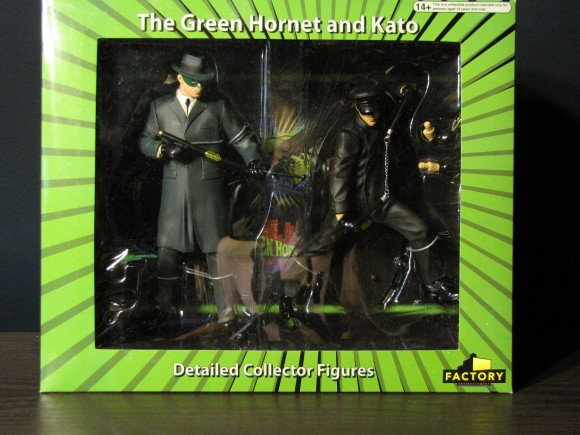 Van Williams and Bruce Lee’s on-screen alter egos get top-notch treatment from the Factory folks. You get interchangeable hands so the Hornet can use his Gas Gun or Sting while Kato can choose his dart or nunchakus. They each come with stands emblazoned with the Green Hornet logo. 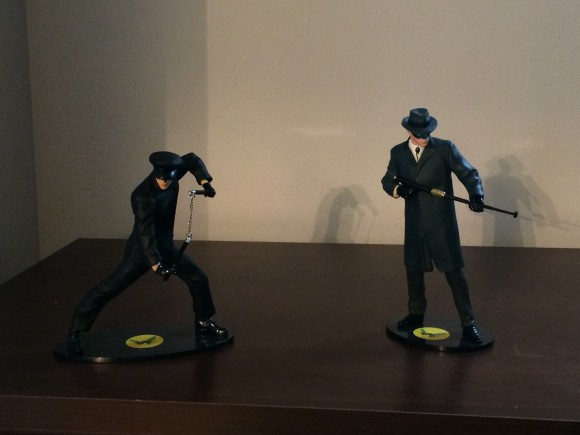 There’s limited articulation so you can only do so much with them. However, the lack of posability makes them attractive on the shelf as de facto statues.

Still, Kato looks pretty badass either way. The set will run you $30-$40 depending on where you get it.

Got a jones for the Black Beauty? There are two styles in the 1/50 scale: Stealth Mode and Rolling Arsenal. 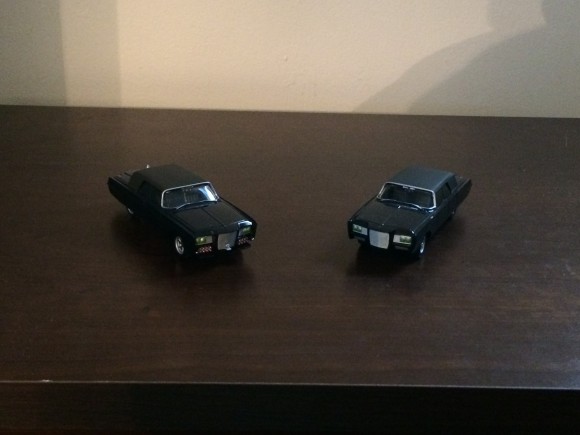 I prefer the Rolling Arsenal version, but what I like most is halfway replicating this famous picture: 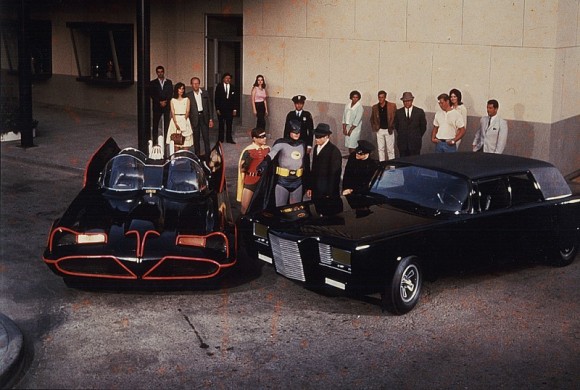 Or you can always have Green H0rnet and Kato meet up with Mattel’s Batman and Robin. If you order from Factory, you can get both versions of the Beauty for $30.

Now, if you want to get your millionaire playboy newspaper publisher on, you could always spring for the higher-end items. This $200 watch is really pretty, for example … 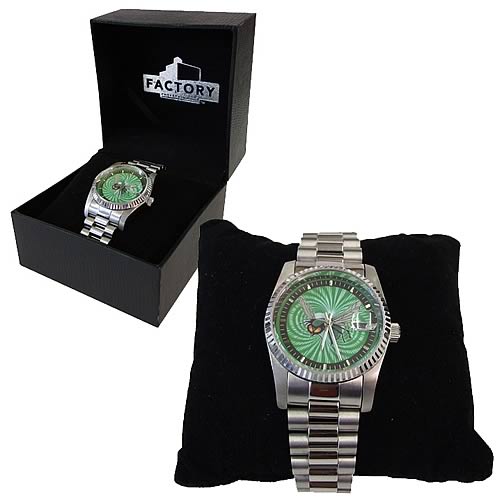 … and you can really arm yourself with a replica Gas Gun and Kato Dart set for $350-$400 or Sting for $500! (Though you can find them at lower prices at various online retailers.) 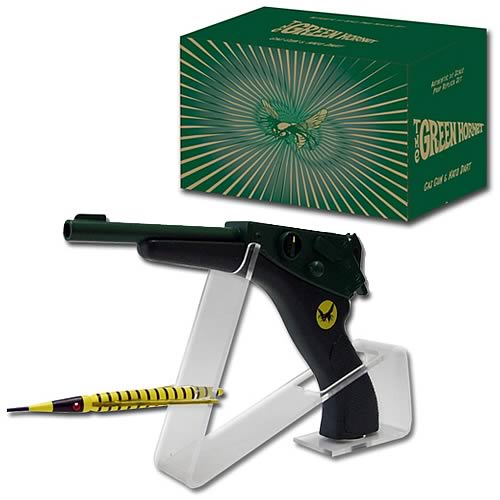 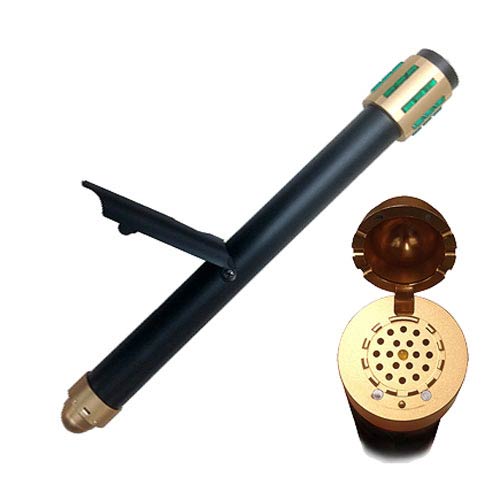