There were only two made for TV’s The Green Hornet and Karl Kirchner restored one of them. In a MIGHTY Q&A, he reveals all!

UPDATED 12/5/16: Van Williams has died at the age of 82. This piece first ran during GREEN HORNET WEEK, but it all holds true now. For more of our Green Hornet/Van Williams salute, click here.

We’ve been shining the spotlight on TV’s Green Hornet. Why? Batman ’66 is scorching hot right now and it seemed only right to pay homage to its sister show.

First, we had an EXCLUSIVE preview of the latest chapter of DC and Dynamite’s digital-first Batman ’66 Meets the Green Hornet. Then, animator J.J. Sedelmaier wrote a tribute to the show, which is unlikely to make its way to home video anytime soon.

Now, we bring you Karl Kirchner (whom J.J. hooked me up with) and his Black Beauty …

Thanks to J.J. Sedelmaier, who helped with Karl’s restoration.

Dan Greenfield: Were you a big fan of the show as a kid? What about Green Hornet in other media?

I was. I did like Batman as most kids of the ’60s did but I was drawn to the Green Hornet because of its serious portrayal. I was drawn to the character of Kato and most importantly I loved the dark stealthy nature of the Black Beauty. It was later in life that I began to collect and read the NOW Comics version of the character and listen to the old radio shows and watch the serials.

Much of that stuff was nowhere to be found in the ’70s and ’80s. Of course, I began to re-collect the merchandising items when the Internet became more of a driving force for collectors. 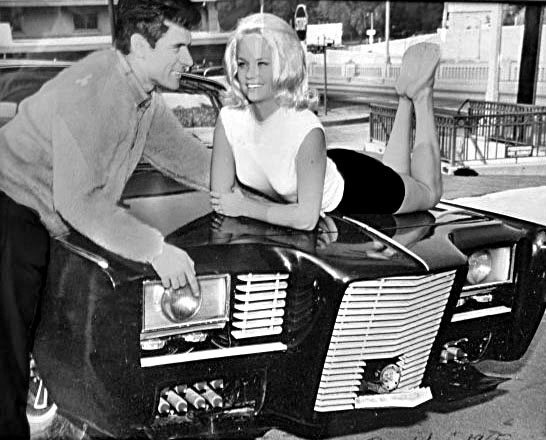 Tell us how you discovered BB#2 and acquired it.

I had always been interested in the car and in the late ’80s I called Dean Jeffries (the original builder) and asked the whereabouts of the car. Notice I say car and not cars — I will clarify in a moment. Dean was short and sweet and said that he did not know so I thought the trail was cold.

In the early ’90s, a fan located the #1 Black Beauty and began to get some press (magazines, TV). Like many, I thought that once that car was found that there were no other original cars out there. I stumbled on a NOW Comics edition where some fan had posted “what ever happened to the Black Beauty” in the letters section.

A fan from Georgia replied and said the car was at the 1991 Chicago Comic Con and he posted a little history on the car. I did some legwork and found the past owners but could not trace the car to a current owner.

My break came years later when the #1 car was sold and I became friends with the new owner. He told me in the glove box of the #1 car there was paperwork that revealed the VIN number of the #2 car. And he gladly gave me the VIN to research. 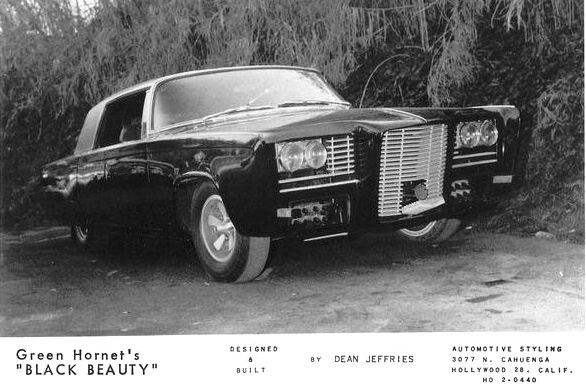 Within the hour after receiving that number I had the current owner’s name, address and phone number. Somewhat strangely it was owned by an elderly woman in Sturgis, Mich., named Opal Wall. She was a real car gal and loved old cars and had purchased this car at auction on a whim.

She was 87 at the time I met her and had owned the car for about 10 years and said that I was the only person who had ever inquired with her about the car.  We kept in phone contact for a long time and a friendship developed. One day, she invited me to come for a visit and I did not hesitate.

I met her at her home that weekend and we drove about 2 miles to see the car in storage. The car was sandwiched between two Chevys and the storage owner was nervous and generally not helpful. I suspect he thought she might pass on and he would get the car so seeing me there was crimping his plans.

I made sure the car was the car on the VIN paperwork and told Opal that the car was genuine and asked if she wanted to sell. She agreed that it was time to sell and we agreed on a price but unfortunately in the next coming weeks she had a stroke and was confined to a nursing home.

She had no immediate family, just nephews and nieces and things looked grim. She passed about a month later without concluding the deal. I was out of the loop, as it were. I had to track down her niece and about a year later I was able to purchase the car at the agreed price. 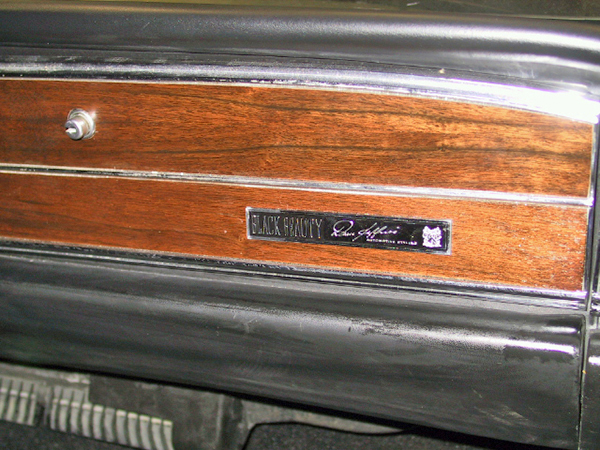 What went into the restoration? How long did it take? Cost?

In tackling a restoration of this magnitude one has to be careful in saying that it was important that one does not destroy the originality of the first creator’s design.

Great care was taken to keep the original body lines and as many of the original parts as possible. The engine only had 11,000 miles on it but it was still completely disassembled and thoroughly checked and rebuilt.

Great pains were taken with every aspect of the car. The original wiring for all of the effects was removed and replaced with new reference grade audiophile wire. It would have been easy to wire the car in a more modern method but the old fuse panels and relays were retained just as they were in 1966.  Sourcing old pilot lights and wire terminals and fuse blocks was difficult and costly. As was vinyl top material. 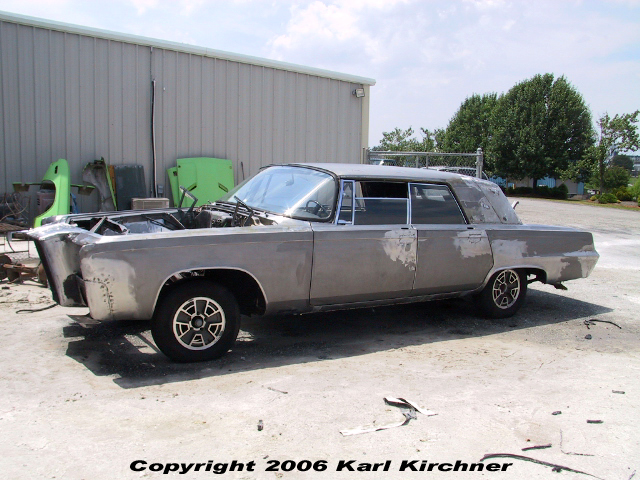 Some special-effects parts had not been manufactured since the ’60s and finding the original sources for these parts was difficult. In one case I was told by a manufacturer that I had bought the last remaining pieces in existence.

The body was stripped of all paint by a process called soda blasting. From there it was straightened and built back up to the new shiny coat of a special mix black paint. The whole process took about 5 years.

Cost? Who can put a price on that? Much of the work I did myself but knew when to hire experts to do the more specialized tasks. Suffice to say, cost was not really considered during the restoration in some sense. There is one way to do it right and we did just that.

We used Dean Jeffries’ memories and photographs to put the car back as close to “TV used” as possible. Some later photos show the car slightly modified with additional paint additions but we used the earlier evidence to represent the car.

Dean was very helpful with the restoration and when things got tough he was only a phone call away. Through it all I became good friends with Dean and he always said there are people who will be very jealous of what you have found and restored, just ignore them because you have the “real deal.”

During the restoration he asked me to change one thing and that was to “black out” the bright chrome trim — he said he never got around to doing that and he always wanted to do that to the car. I honored his request.’ 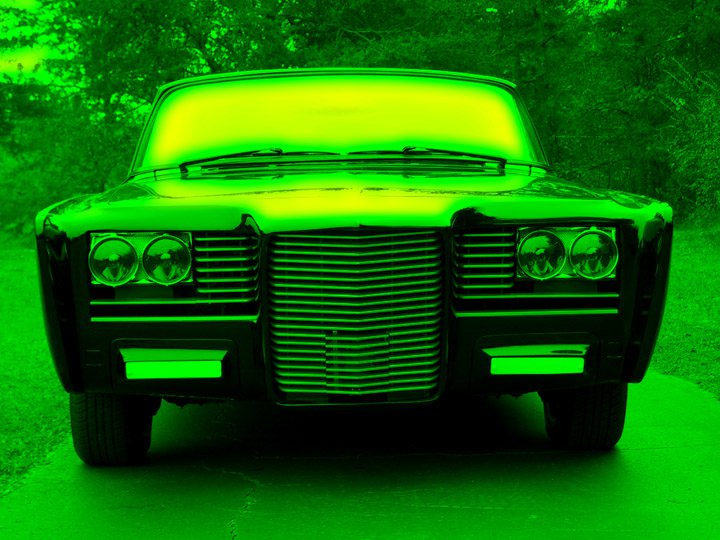 What’s the best tale you can tell us about owning the car?

For all the blood, sweat and tears that goes into the car it is very satisfying to find people who remember and appreciate the car and its restoration. I have met some wonderful friends and people who have admired and helped the project along the way. 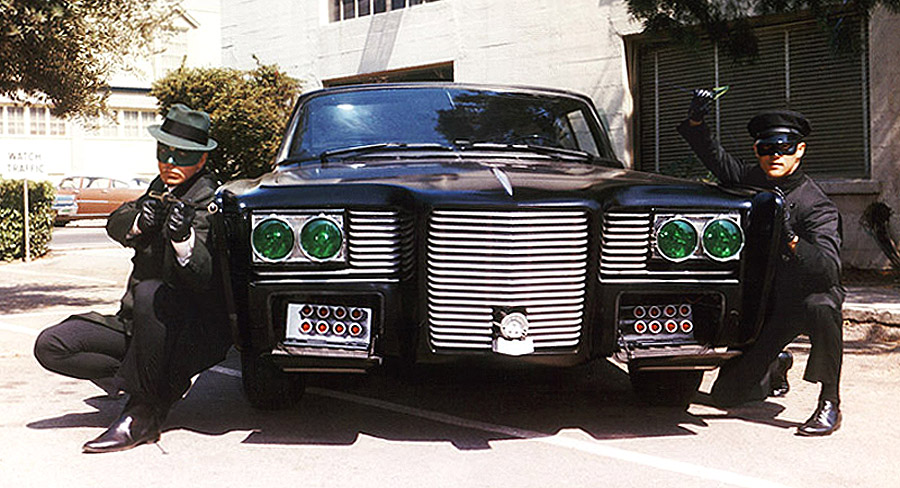 Do you have any other fancy vehicles?

Other than a couple of vintage muscle cars, (1970 Plymouth Cuda Convertible, and a 1968 Plymouth Sport Fury) that is all.

What else from the show do you own?

Nothing original from the show. I do have some reproduction props that I display with the car, Gas Gun, masks, darts, Sting and a fair amount of the toys and merchandising from that era. 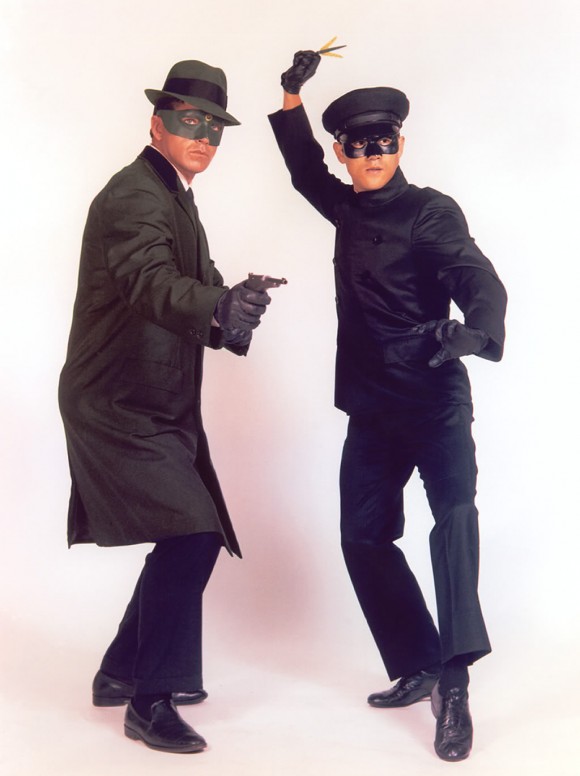 Have you had a chance to show the car to Van Williams?

Mr. Williams has seen the car a number of times in photos. He has been super supportive over the years of the project and giving his recollections of that time period.

Tell us one surprising thing about Black Beauty.

It weighs 6,000 lbs. Or the back desk hidden in the armrest is signed by Van Williams (the Green Hornet), Wende Wagner (Miss Case) and Dean Jeffries (the creator and builder).

For everything else you need to know about Kirchner’s Beauty, check out his site here. 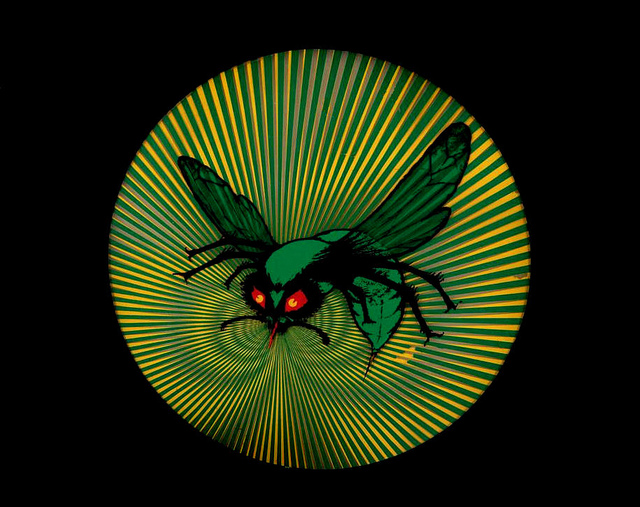