I don’t write all the Batman! Good friend and 13th Dimension contributor H. Scott Jolley picks up the Bat-on with a Gotham Tribune Batapalooza interview with new Batwoman scribe Marc Andreyko, who takes over for J.H. Williams and W. Haden Blackman with this week’s Issue #25, a Zero Year tie-in. Williams’ and Blackman’s departure was enormously controversial and Scott talked to Andreyko about coming in under such circumstances.

If there was any good news to come out of the firestorm surrounding Williams and Blackman leaving Batwoman — who walked off over creative differences with DC editorial, including the company’s decision not to allow Batwoman to marry her girlfriend — it was that Marc Andreyko was on deck. The L.A.-based writer — best known for his work on DC’s Manhunter and Image Comics’ Torso (with Brian Michael Bendis) — joins the title with #25, out this week. Before his first issue hits the rack, Andreyko talked with 13th Dimension about what’s next for Batwoman and how happy endings aren’t in Kate Kane’s future.

How did you deal with the news that you’d be writing Batwoman while fan outrage swirled about the previous team’s departure from the title?

It actually was pretty easy. You know, when a beloved creative team leaves a title, there is always sadness. But in the Internet age, things get misquoted or blown out of proportion before any fact-checking is done. In my case, the fan community has been overwhelmingly supportive and kind, so I guess I lucked out. I have nothing but respect for the previous creators, so I’m not doing an “everything you know is wrong” sort of thing. I’m continuing to chronicle the character that fans know and love. 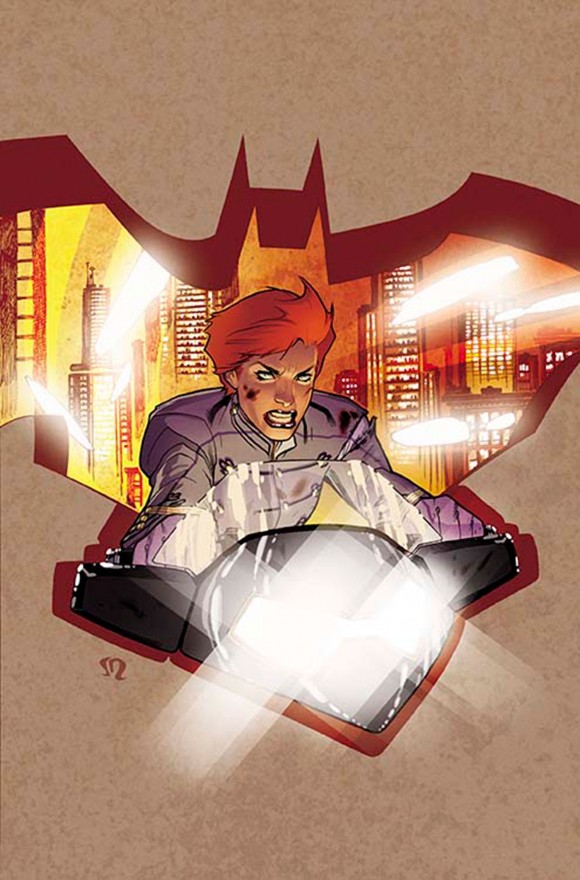 Can you talk about the mandate of heroes not having happy personal lives?

Happy endings are mostly for last issues. If they were all happy and well-adjusted, would they be putting on costumes and constantly risking their lives? The “mandate” hoopla is sort of funny because not having happy lives is the essence of dramatic storytelling.

Where is Batwoman headed? Can you give us any scoop on upcoming issues?

Well, she’s headed for some tough times (but what superhero isn’t?). My first arc after the “Zero Year” issue focuses on a decades-old mystery and introduces a new villain — the Wolf Spider — whose motives aren’t what you think. Bette and Jake and Maggie will continue to be important parts of Kate’s support system, as I hope to expand the cast a bit as well.

You’ve got a great rep for writing strong women. What is it about Kate Kane that speaks to you?

That’s not a bad rep to have. Kate is such a fully realized character that she is a joy to write. Greg [Rucka], J.H., and Haden crafted an amazingly complex and fascinating character and I hope to carry their torch in a way that the fans respond to.

Lots of people — myself included — are huge fans of your Manhunter. Any chance we’ll see Kate Spencer show up in the New 52?

Switching to your comics background, what was your first comic you ever purchased? Do you still have it?

The first comic I remember reading was Amazing Spider-Man #136, when Harry Osborn becomes the Green Goblin. And, nope, my original copy has long since disappeared.

Who are your creative influences?

Waaaaay too many to name, so I’ll hit just a few that immediately pop into my mind: Alan Moore, Bill Willingham, Joss Whedon, Stephen King, John Irving, Stephen Sondheim, Bill Mantlo, Will Eisner, Scott McCloud … I could go on for days.

Do you have a favorite character, one you’d love to write?

I have a few: Dr. Strange (again), Cloak and Dagger, Spider-Man, Wonder Woman, the Demon, Hawkman, and Amethyst.

Other than Batwoman, what else are you working on?

I’m writing the newest Cinderella story in Fairest (#22-27), co-writing “The Illegitimates” with my pal, (Saturday Night Live’s) Taran Killam for IDW, and a few super-secret projects, including three creator-owned books, as well as spec features and TV pilots. I’m a busy boy of late, which is very nice. 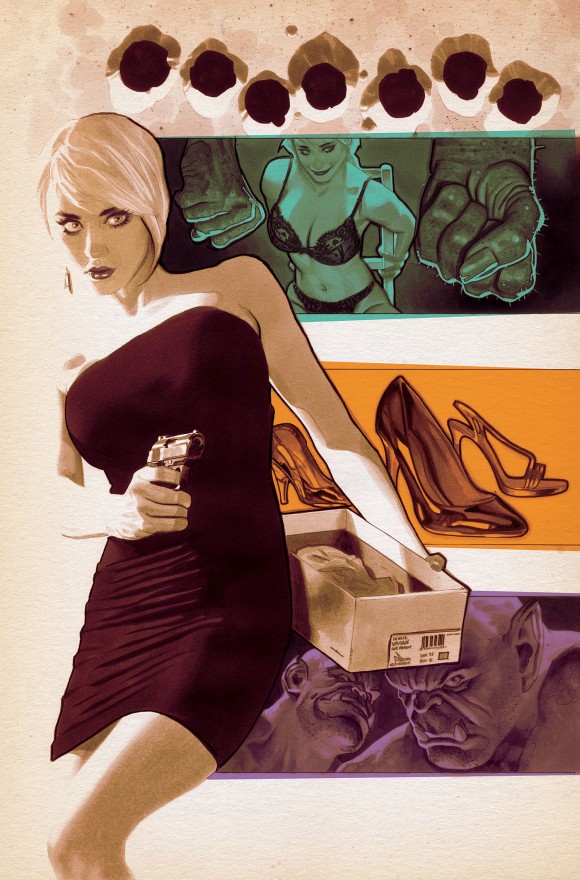 Fairest #22. Art by Adam Hughes, as if you couldn’t tell.