FROM CLASSIC TO CAMPY: Poe Goes to Hollywood

13 film adaptations to freak you out – or crack you up…

We’re on a little Edgar Allan Poe bender. The other day, we published Rob Kelly’s latest REEL RETRO CINEMA column, about Roger Corman and Vincent Price’s The Pit and the Pendulum — which followed a trio of similar pieces from last October – and we’ve got something funky coming from AHOY Comics’ Tom Peyer.

Here, we welcome back Lisa Carmack, who some time ago wrote a column about what draws us to movie monsters (click here). This time around, Lisa gives us a brief glimpse at various Poe film adaptations through the years.

Edgar Allan Poe was a literary pioneer — poet, critic and early contributor to the gothic/dark romantic movement. But most of all we know him as the master of the macabre.

The themes of his stories resonate because they highlight so many of our basic fears, such as being buried alive or tormented by the guilt of knowing you did something very wrong — and that it will come back to haunt you.

Filmmakers have been able to bring Poe’s themes to the screen by using amazingly effective imagery and creepy soundtracks. There are often beautifully tormented, nightgown-clad women racing through excessive amounts of fog in shadowy castles, and histrionic leading men wearing fabulous costumes. There’s the eerie sound of the harpsichord. There’s fire and mayhem, psychedelic parties and, of course, death.

Here are 13 noteworthy Poe adaptations, from classic to campy – often with generous helpings of creative license. In chronological order:

The Avenging Conscience (1914). D.W. Griffith transforms The Tell-Tale Heart and the poem Annabel Lee into a beautiful silent horror drama. Tormented nephew falls for girl; has visions of killing his disapproving uncle and sealing him in a wall. Nephew slowly loses his mind. 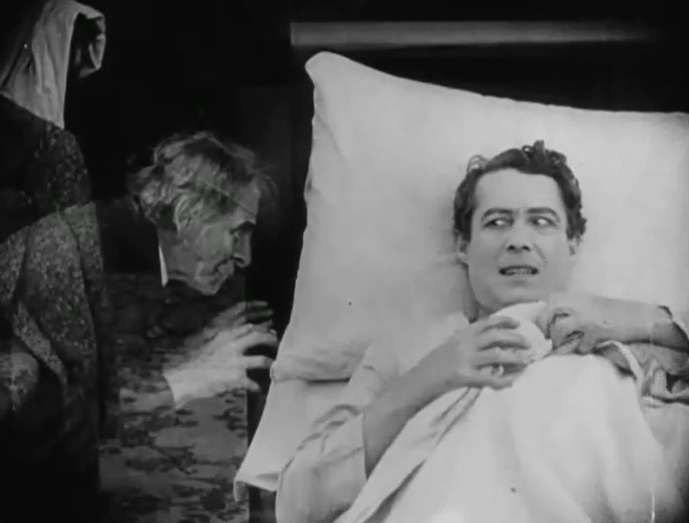 The Fall of the House of Usher (1960). The first of many Roger Corman/Vincent Prince collaborations on this list. House of Usher features cursed bloodlines that lead to madness and mayhem; entombments; and castle fires. Oh, and there’s the suggested intimacy between siblings. 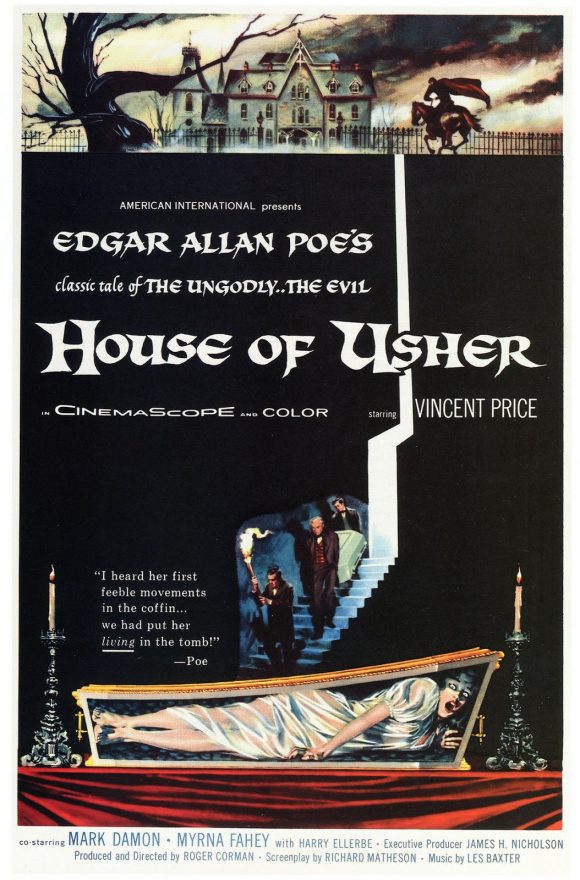 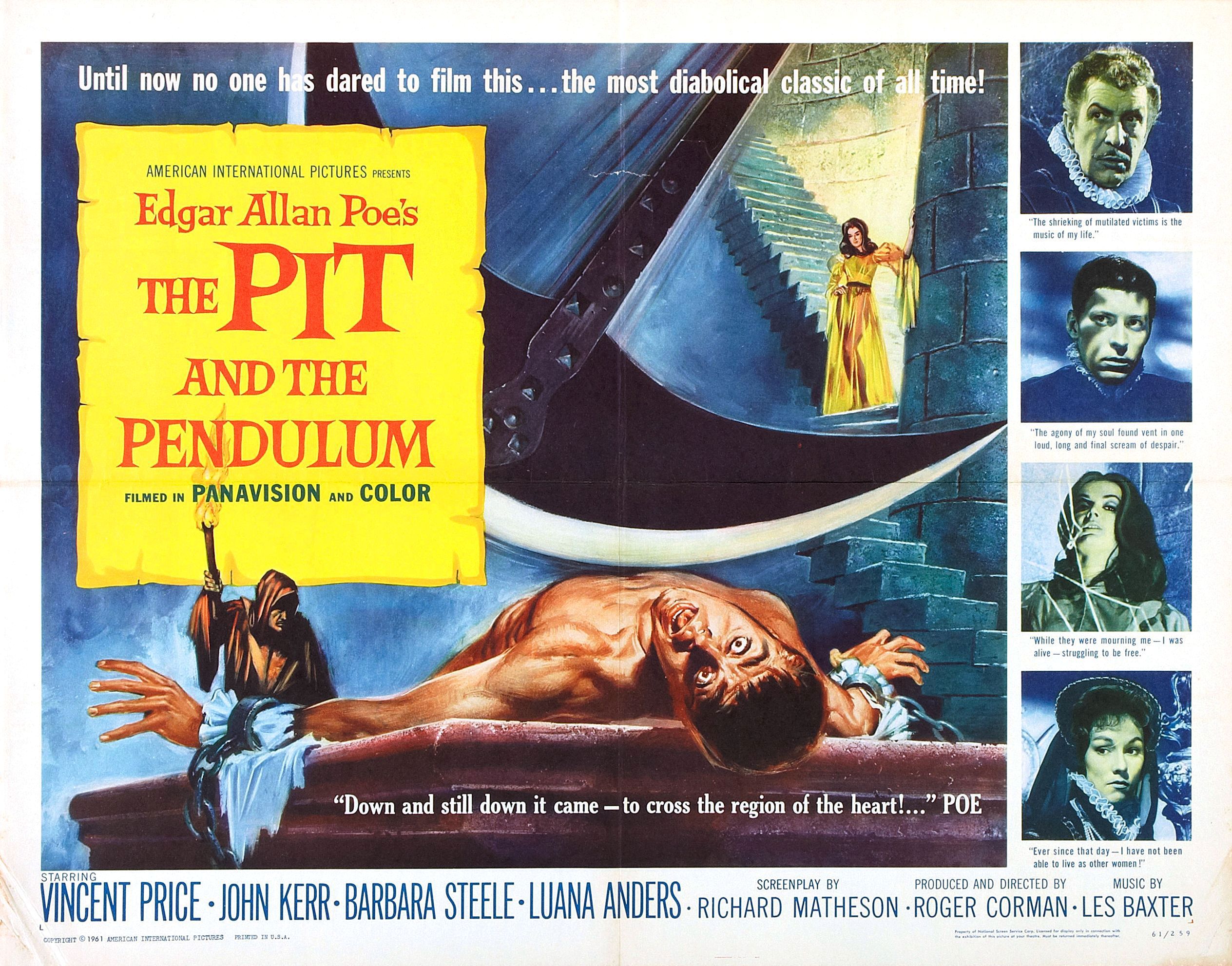 The Premature Burial (1962). An artist, Ray Milland has his biggest fear realized when he is buried alive. Lots of fog. 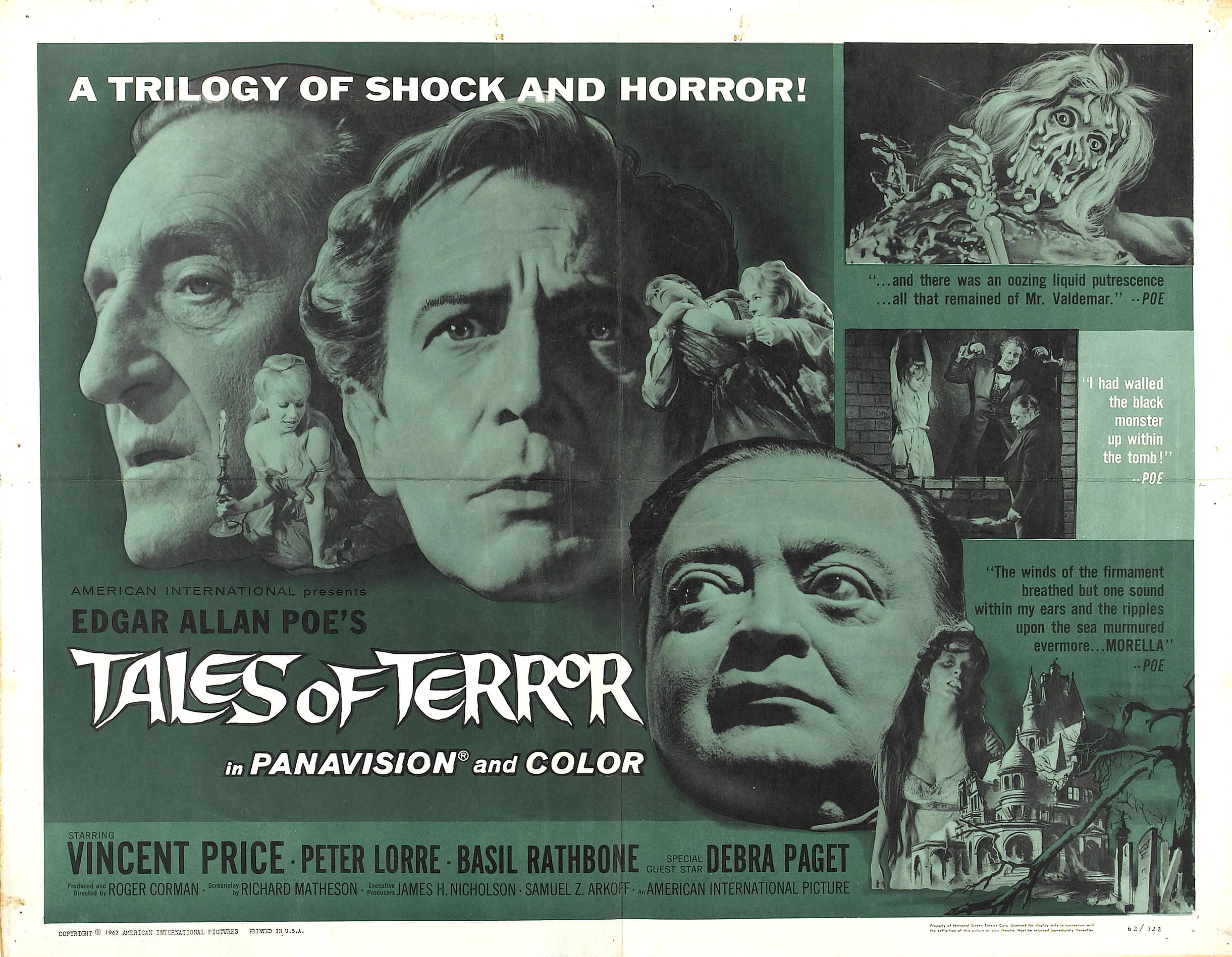 The Haunted Place (1963). Price is a warlock in 1765 who dabbles in black magic. He also hides an ancient creature in a pit that he is trying to mate with the village girls to create a super race. Burned at the stake, he curses the villagers then comes back a century later to complete his work. The Raven (1963). Peter Lorre, transformed into a wisecracking bird by an evil wizard (Boris Karloff), assists Price in rescuing his presumed dead wife and exacting his own revenge. (Click here for Rob Kelly’s REEL RETRO CINEMA column on the film.) 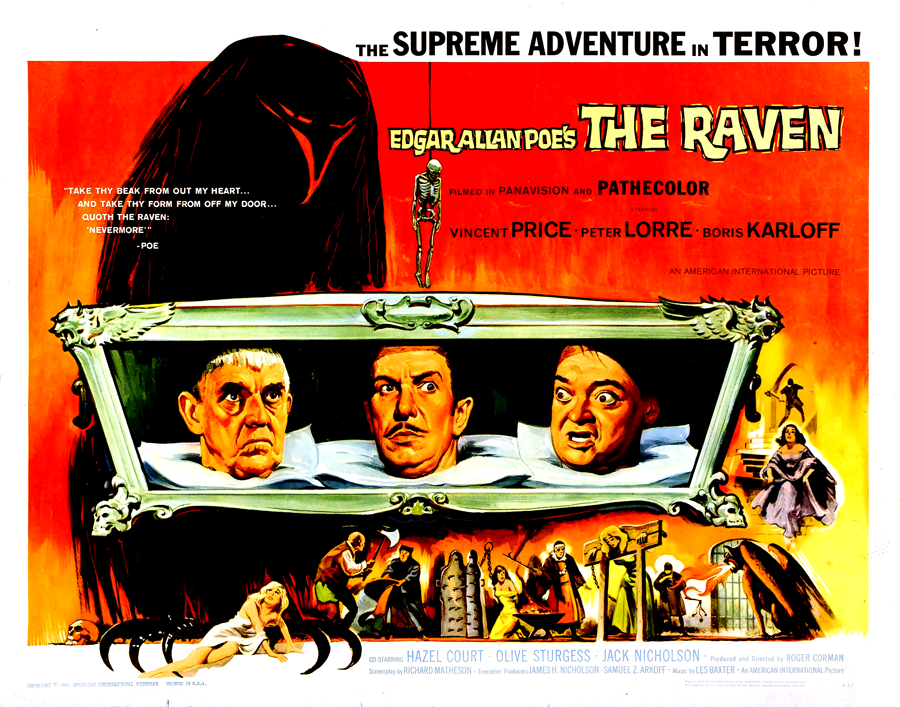 Castle of Blood (1964). Italian film not adapted from Poe’s stories but rather references the authenticity of his work as a first-hand account of supernatural events. A journalist is challenged to spend the night in a spooky castle only to find its ghostly inhabitants out for blood. A version released in France as Danse Macabre includes a bonus nude scene. (Remade in 1970 as Web of the Spider.) The Masque of the Red Death (1964). Price is the debauched germophobic European prince who terrorizes the locals and hosts wild parties. Psychedelic dream sequences, vengeful little people and women in flowing nightgowns grace the screen. All the while Death stalks Price … also played by Price. (Click here for Rob Kelly’s REEL RETRO CINEMA column on the film.) Your Vice is a Locked Room and Only I Have the Key (1972). An Italian film very, very, very loosely based on Poe’s The Black Cat and The Tell-Tale Heart. Featuring an alcoholic, abusive husband; a cat called Satan; wild sex parties; murder; and a body sealed in a wall. 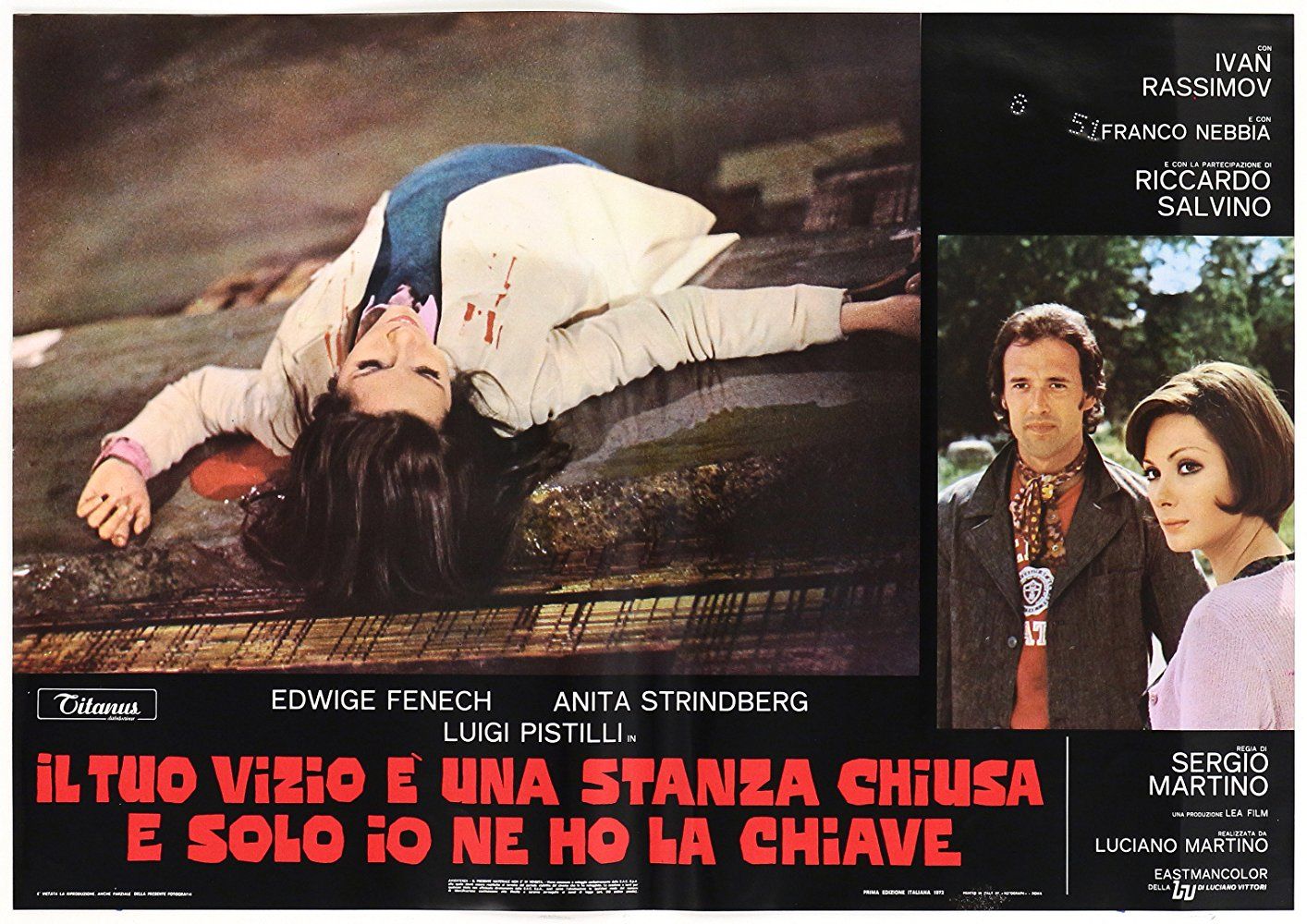 — 13 MOVIE MONSTERS — and What Draws Us to Them. Click here.