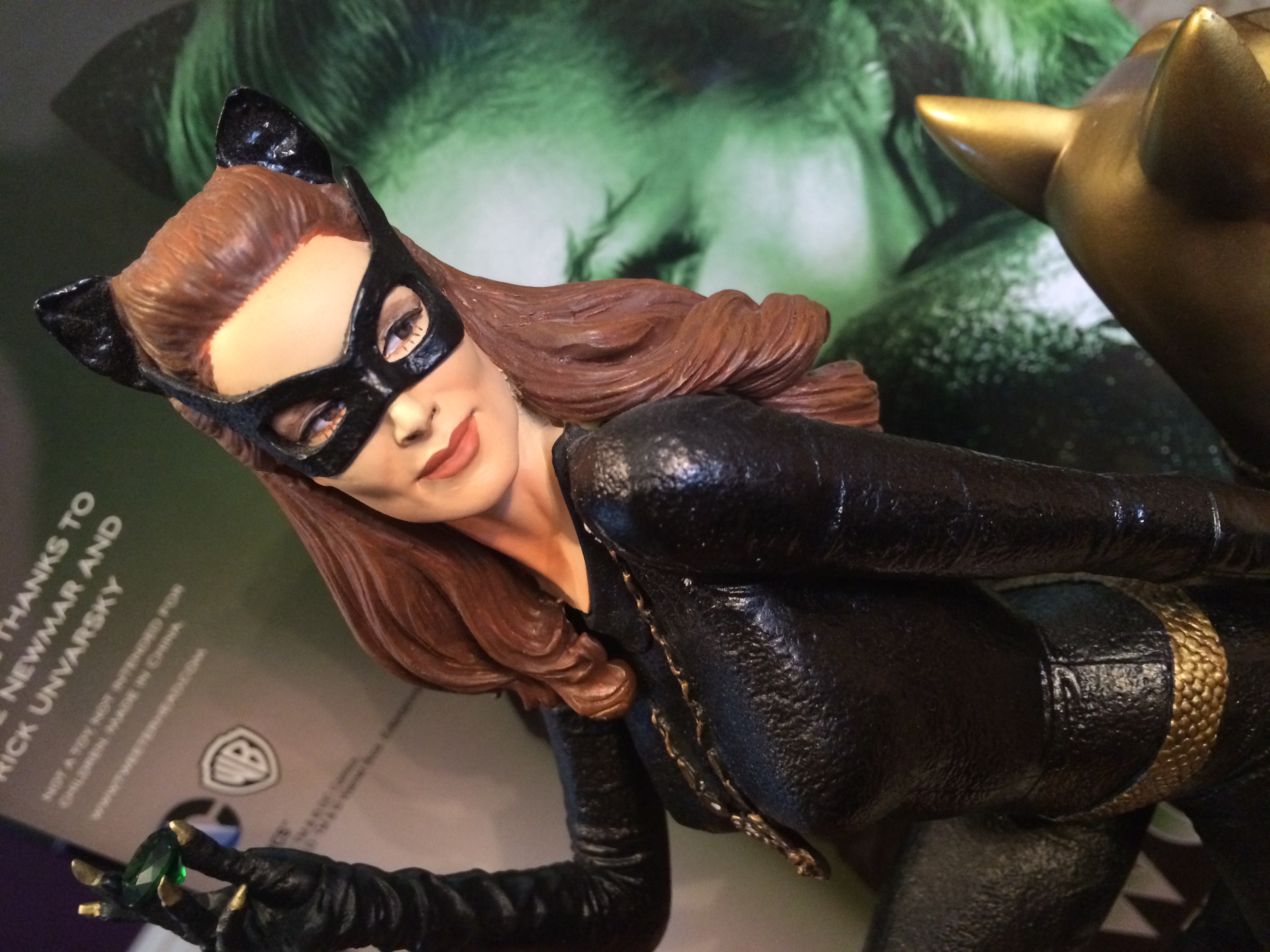 When DC/WB/Fox and whoever else signed off on the merchandising deals for the Batman ’66 show, I figured T-shirts, some action figures, what have you. I wasn’t really prepared for what was to come: waves and waves of stuff that outpaced in ingenuity and workmanship anything that fans saw during the initial wave of Batmania in the Swingin’ Sixties.

And, now, sitting near or at the top of that modern-day wave is the Julie Newmar Catwoman maquette by Tweeterhead. The only thing I’ve seen in the same realm has been the Hot Toys Batman and Robin set.

Those high-end action figures are fantastic. But this Catwoman maquette is a thing of beauty. 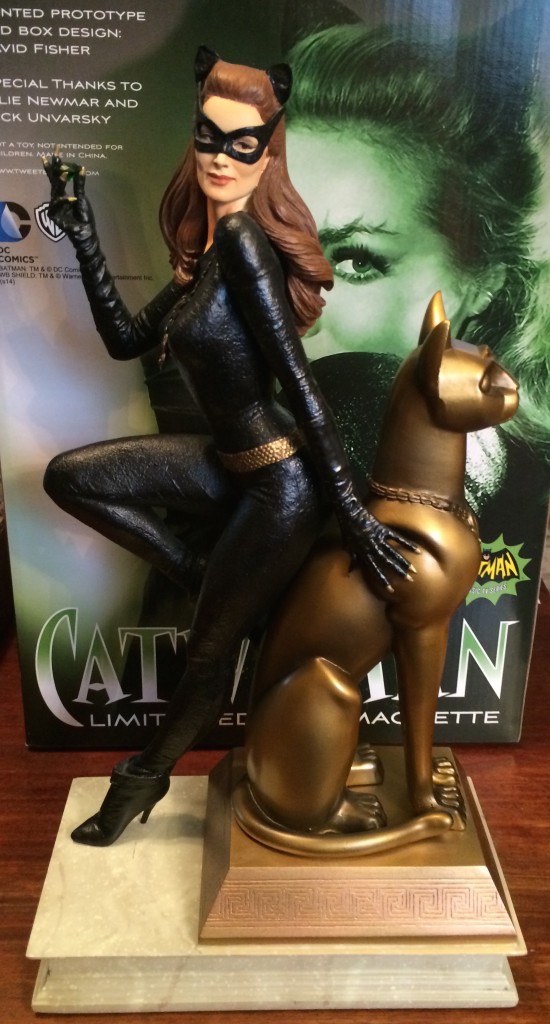 Let’s start with the sculpt on this 12-inch figure. Julie Newmar is a gorgeous woman with legs to heaven, curvy hips and a healthy chest. So is your average comic-book heroine. But this maquette captures Miss Newmar‘s proportions just so. This isn’t just a Catwoman sculpture — it’s a Julie Newmar sculpture.

There haven’t been too many Catwoman figures put out yet, but I don’t envy any company that tries to match the face sculptor Trevor Grove produced. The cheek bones are high, the eyes sly and seductive, the hair lush and long, the smile slight and alluring. Extraordinary. 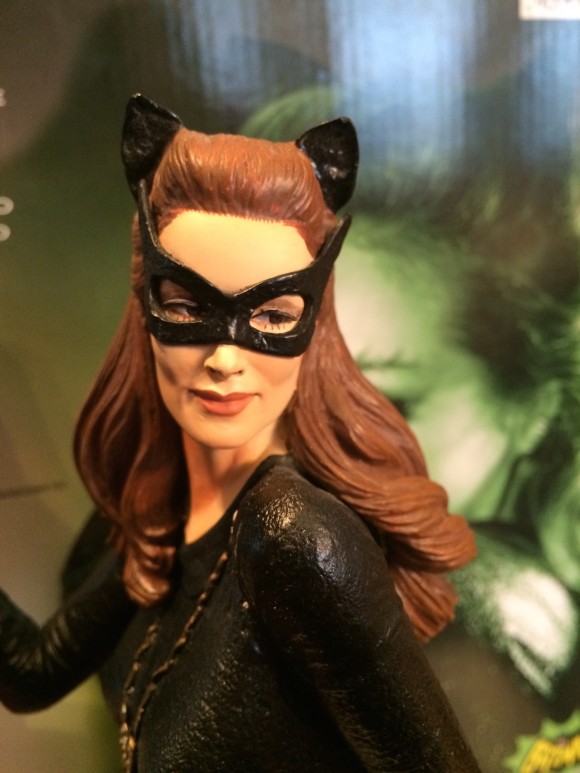 I love the choice of diorama — a giant cat that looks very much like the two statuettes Catwoman stole in her first-season debut episode. And if you get the limited Emerald Edition, you also get a signed card from Miss Newmar herself. (It’s available directly from the company at about $250. The regular edition is available from other retailers at varying prices in the same catbox.) 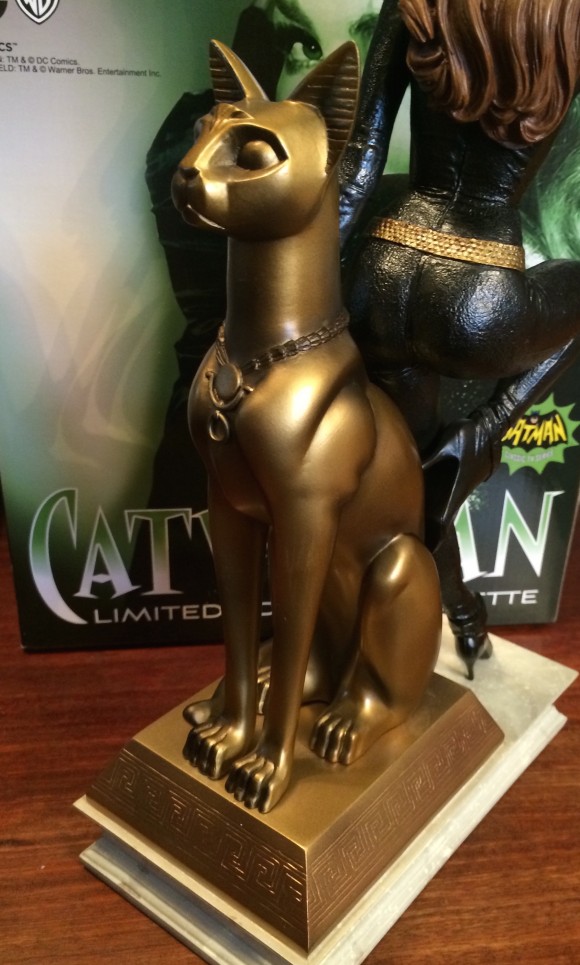 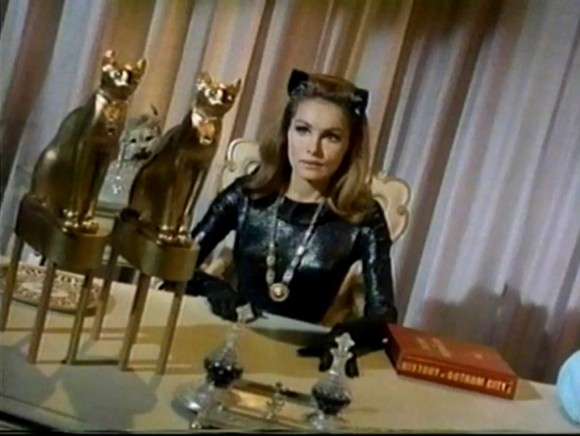 So what’s not to love? What, the gold paint on the maquette isn’t quite as brilliant as it was in the promo pictures? Seriously, you have to look for something to find anything off. The glittery black body-suit and mask are flawless. 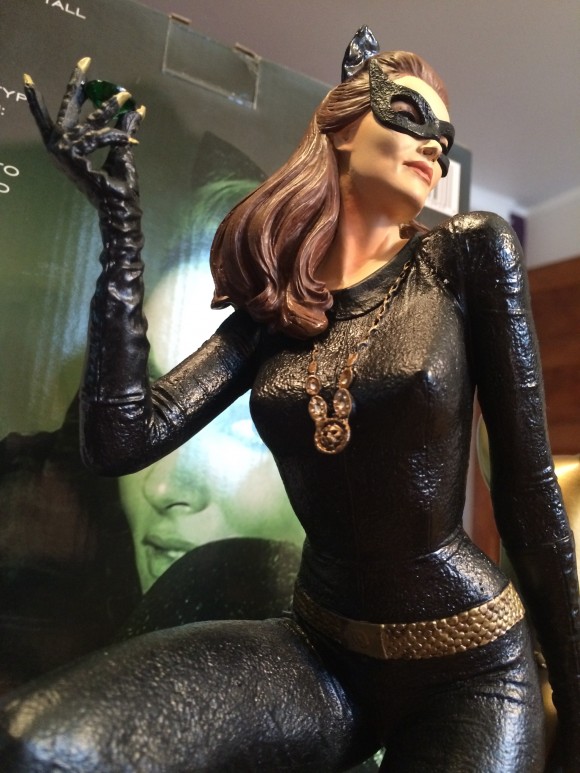 In a million years I would never have expected to have such a beautiful homage to Julie Newmar and Catwoman on my shelf. 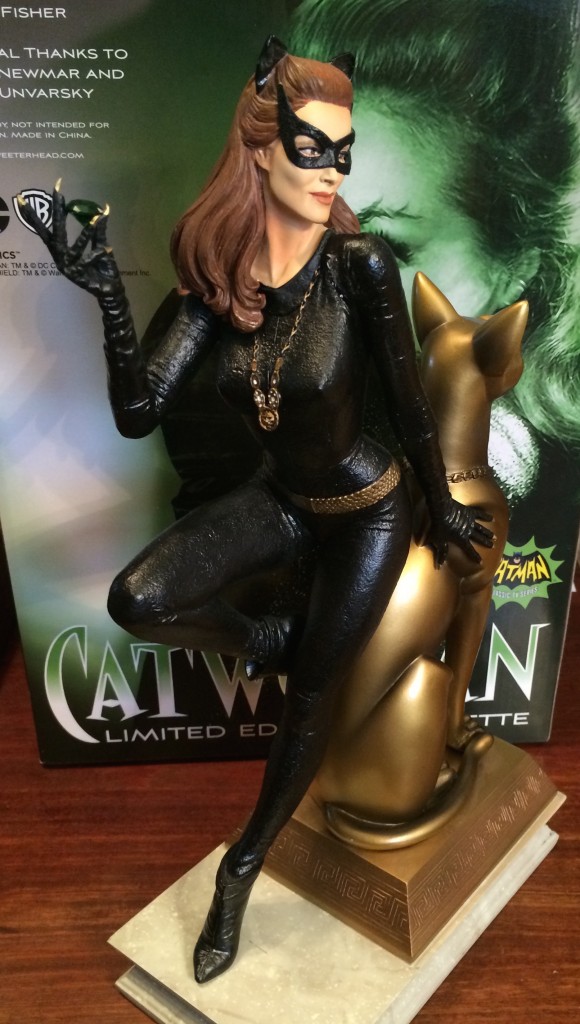 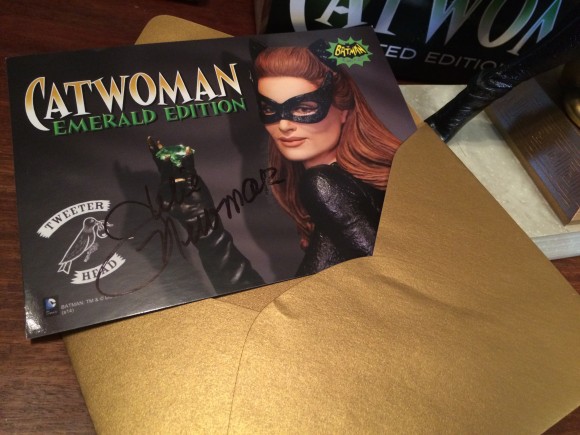 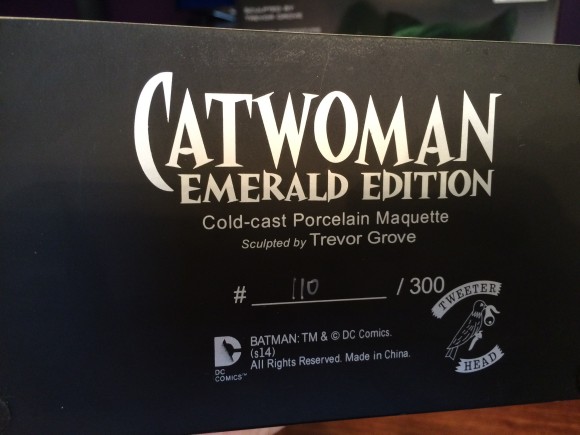 NOTE: There have been reports of breakage: The fingers that hold her gem are particularly delicate. Tweeterhead poohbah Chad Colebank’s been open about this and is offering exchanges. If it’s not really a noticeable area, Chad also said superglue will do the trick.