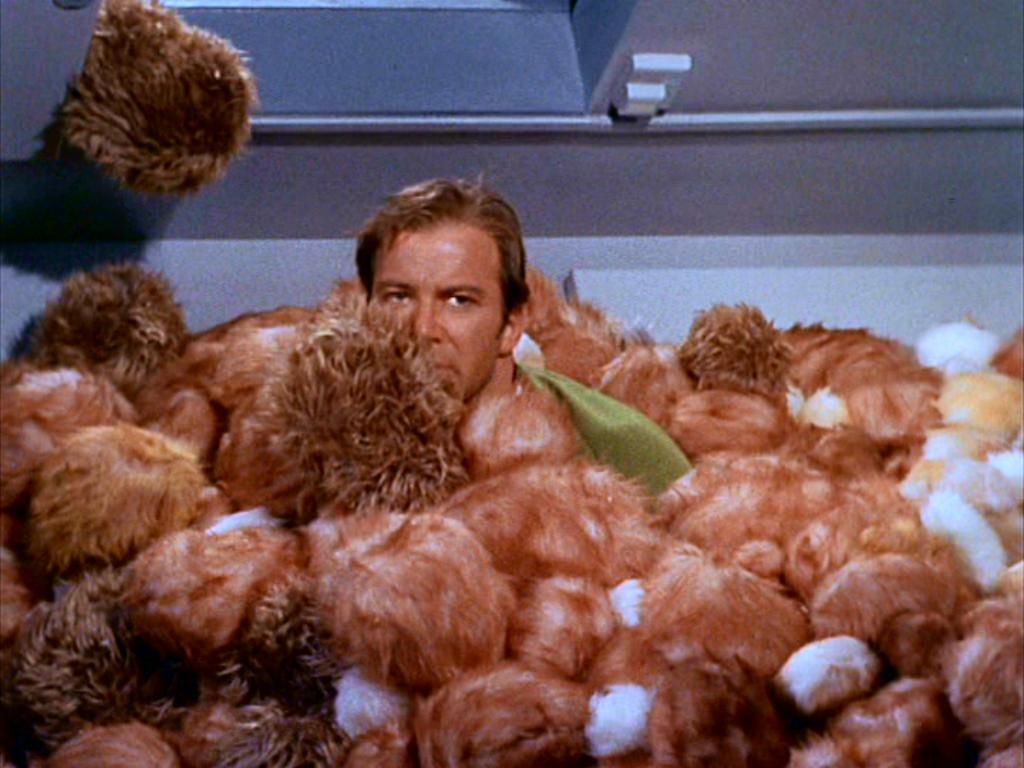 To its eternal credit, the original Mego gave us two playsets for its line of 1970s 8-inch Star Trek figures: the U.S.S. Enterprise and Mission to Gamma VI, based on the episode The Apple.

Well, customizer Anthony Durso of The Toyroom has begun tackling other classic settings to bring you more strange new worlds for your Megos to seek out. In 2020, he created an Enterprise playset based on the Filmation animated series — and now he’s released the K-7 Space Station, better known as the facility featured in the ever-popular episode The Trouble With Tribbles. 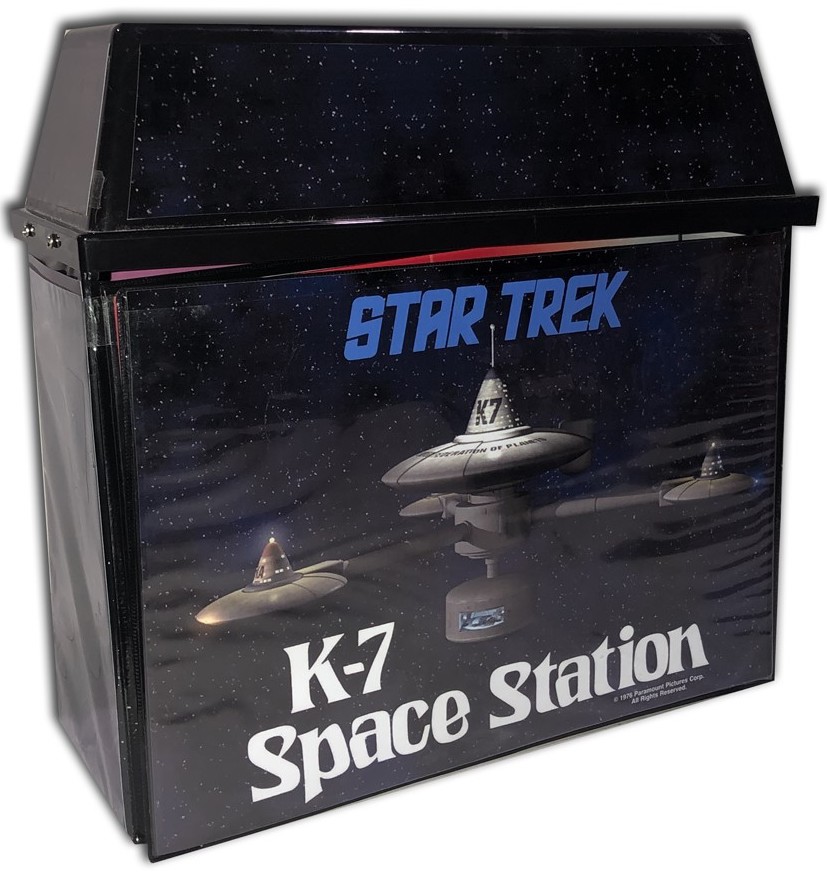 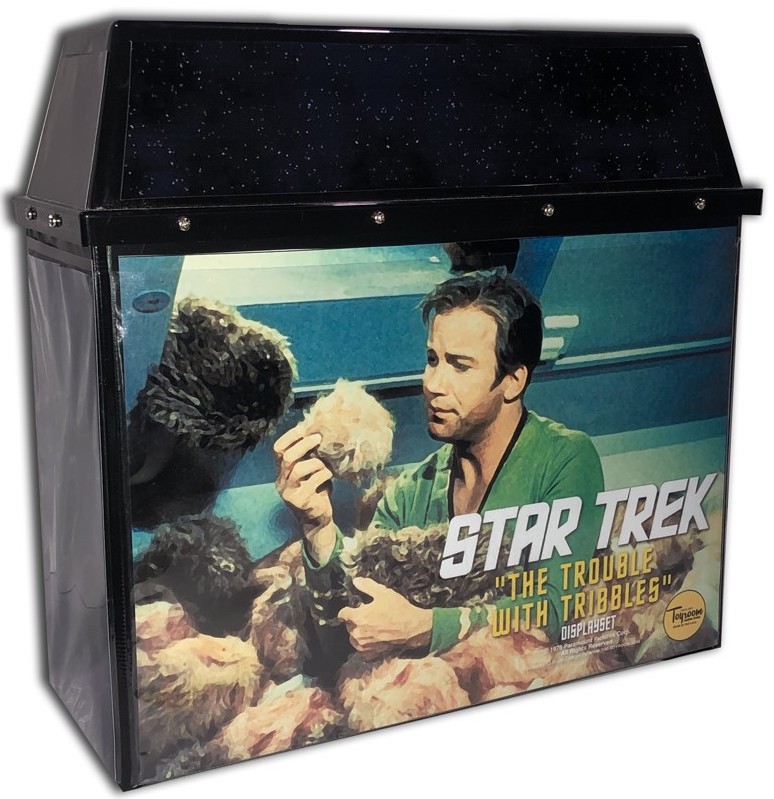 “I’ve been doing some daily binge-watching of Star Trek (the Original Series) and thought it’d be a cool idea to try an alien world displayset to go along with my Filmation Enterprise or Mego’s original Enterprise playset,” Anthony, who is also a 13th Dimension contributor, explained. “After some preliminary work I eventually started to gravitate more toward an episode-specific displayset and settled on The Trouble with Tribbles as the first one. I have ideas for at least two more in the pipeline.” 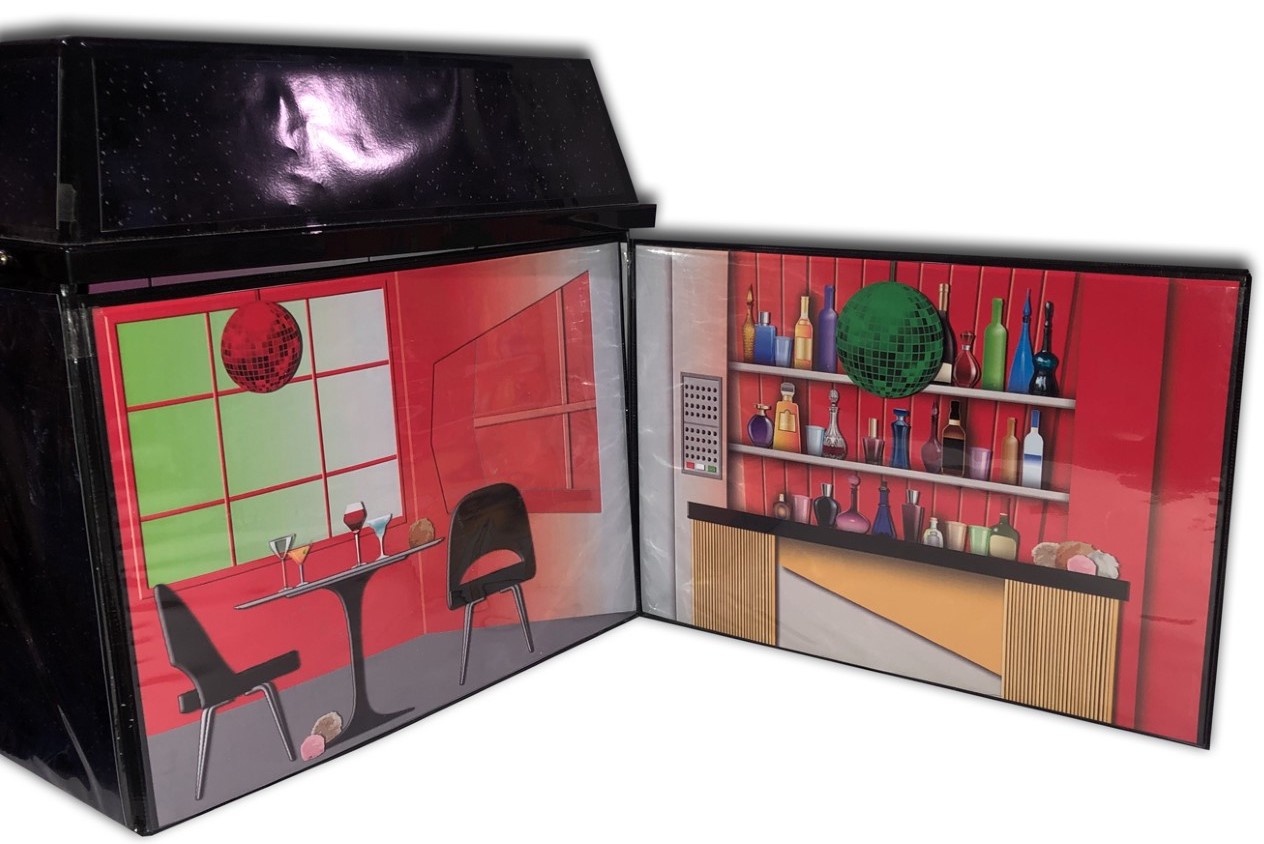 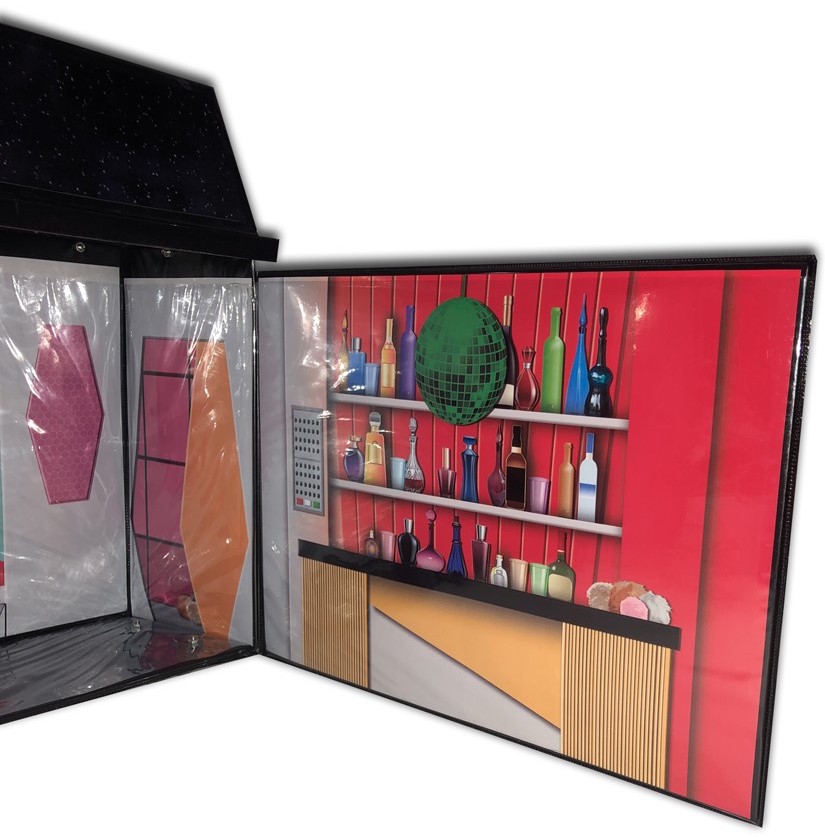 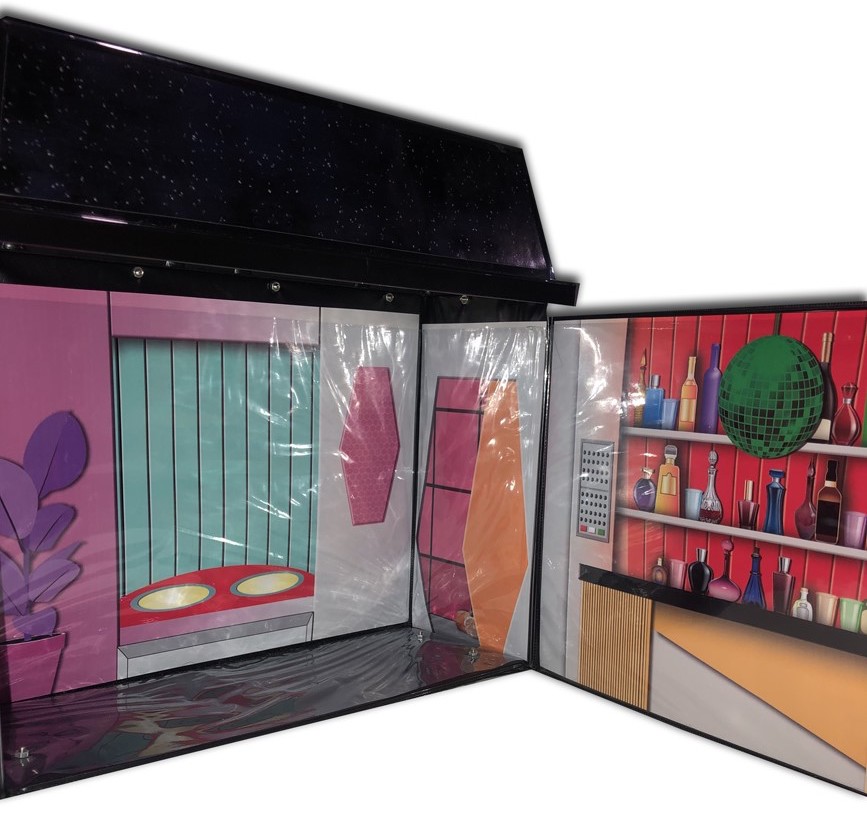 “Basically, I watched the episode numerous times during the last week and made notes and freeze-framed accordingly,” he added. “The displayset features the station manager’s “office”, the transporter pad, and the bar. Originally I worked on a panel for the quadrotriticale grain storage area with many, many Tribbles but ended up rejecting it because it didn’t fit the flow of the rest of the set. And it wasn’t as colorful, even with the Tribbles. Instead, that infamous scene is represented on the front of the playset with Captain Kirk among his furry friends. And although some Tribbles do make some cameos in the displayset, there’s always room to add your own.” 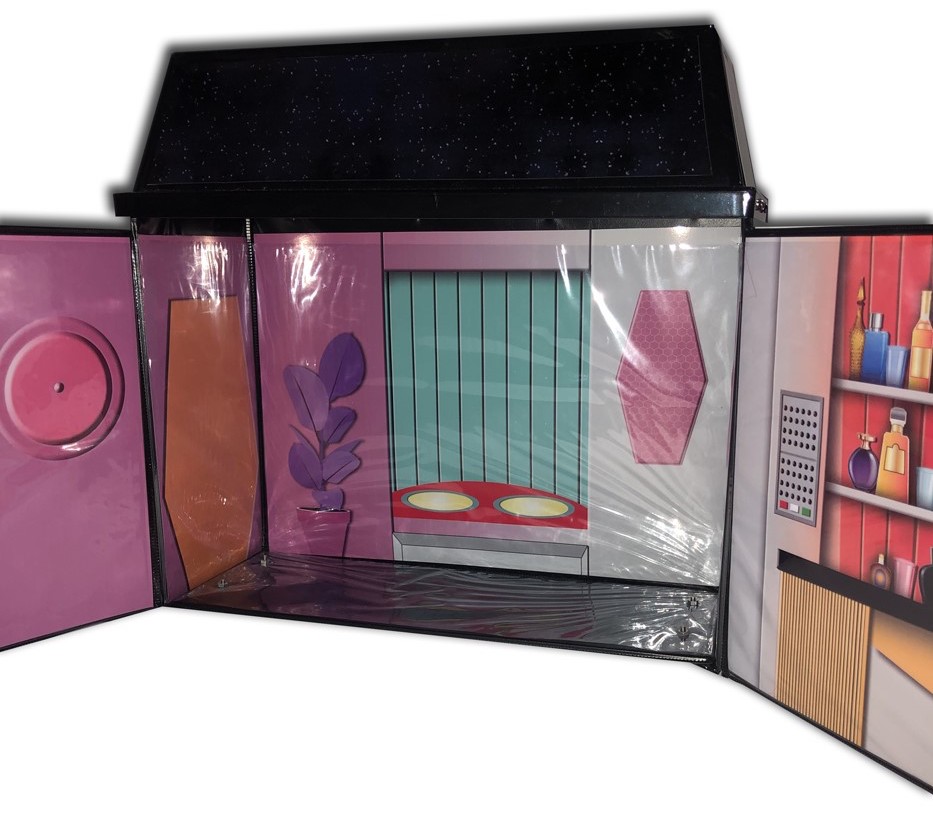 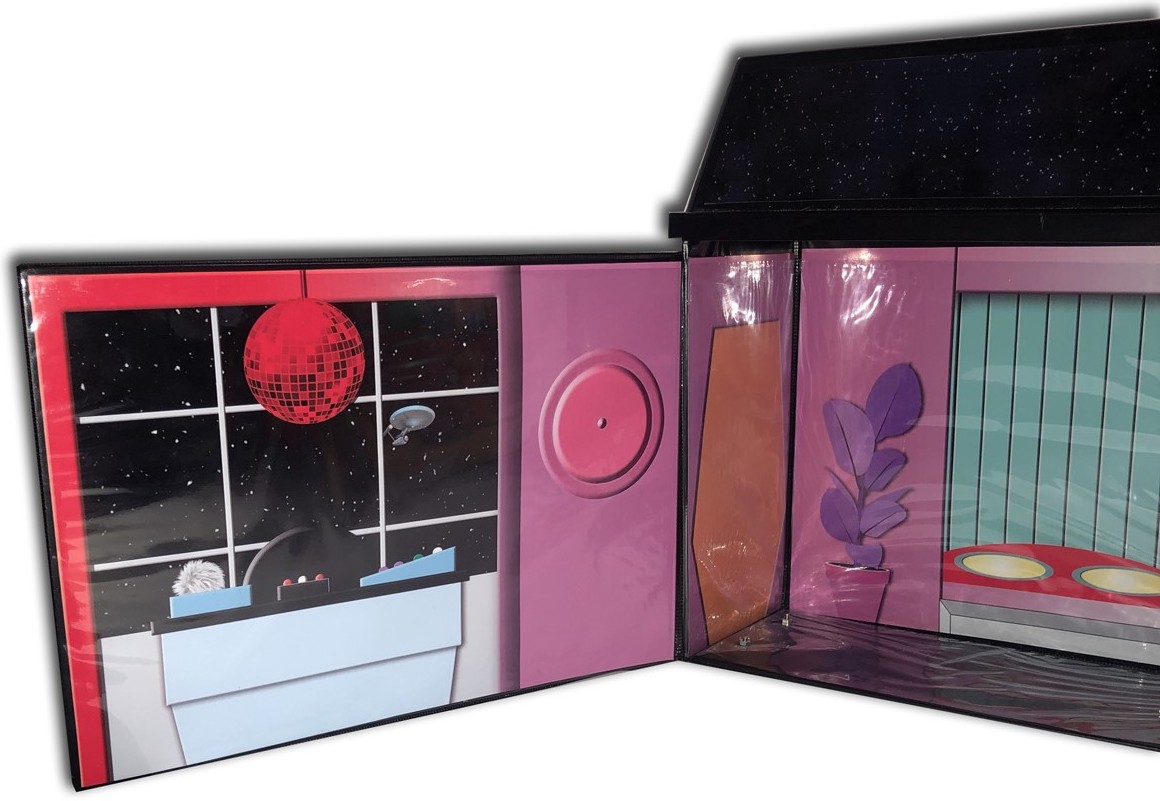 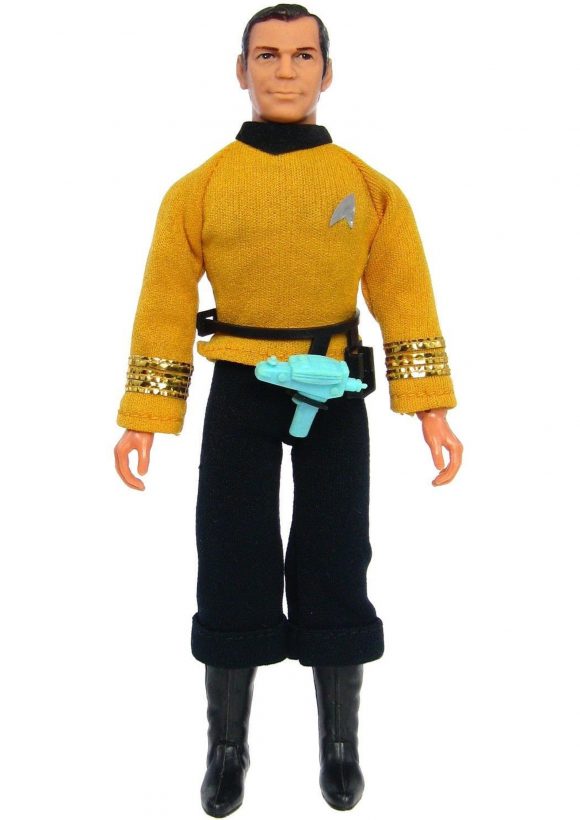 — What eps would you like to see for future releases? My off-the-head list includes Vulcan from Amok Time, Talos IV from The Menagerie/The Cage and the evil Enterprise from Mirror, Mirror. I’d also love a set based on Journey to Babel, which would give us alternate looks at the Enterprise’s interior and a gathering point for multiple alien species. There are so many opportunities to go where no playset has gone before.