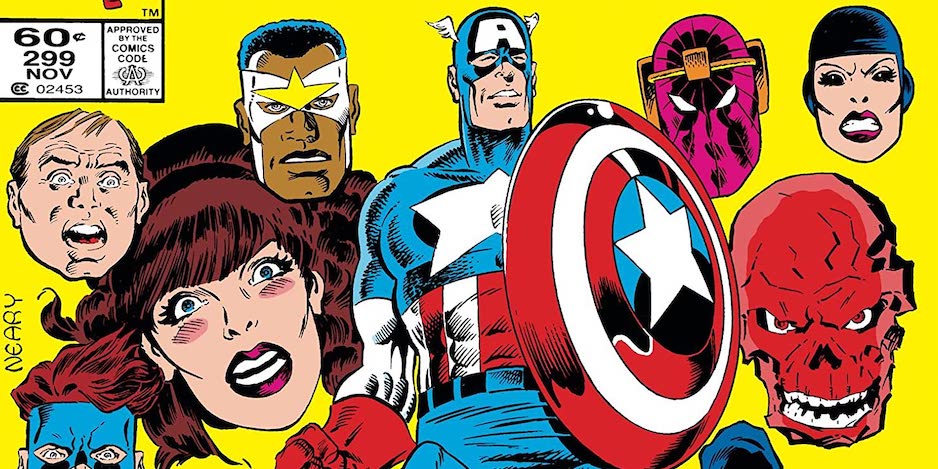 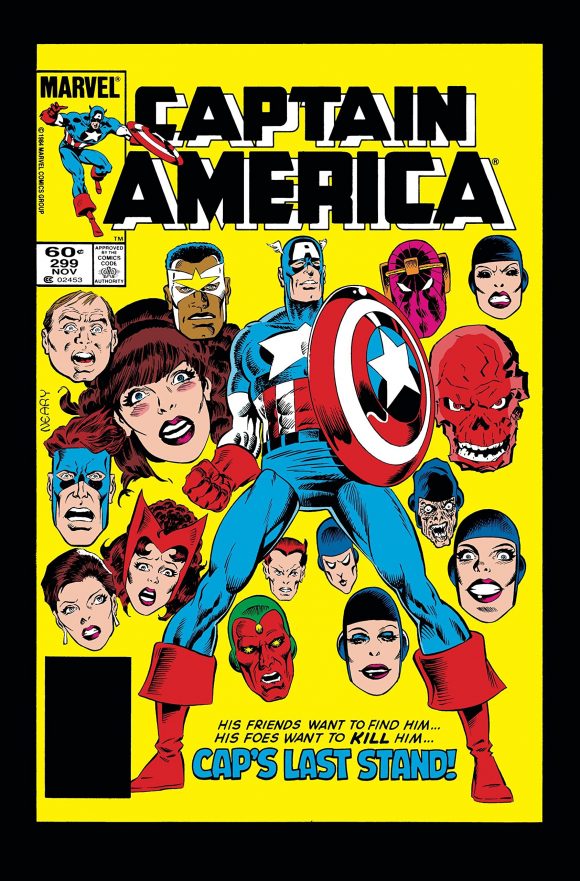 Death…and Deathlok! The living legend takes on the cyborg demolisher as Captain America gets a shocking glimpse of the future…and Deathlok begins a new path in the present! Cap meets the mystical Black Crow — but as an adversary or an ally? Meanwhile, a dark union between Baron Zemo and the deadly Mother Superior — the diabolical daughter of the Red Skull — becomes a nightmare for Steve’s closest friends. Nomad, the Falcon, the Avengers and Superior’s Sisters of Sin all join the fray — leading to one of the all-time great confrontations between Cap and the Skull! What will it cost Cap to rid the world of his evil arch-enemy? Plus, the Falcon flies solo, standing up for the residents of Harlem while battling Electro, a Sentinel and more! 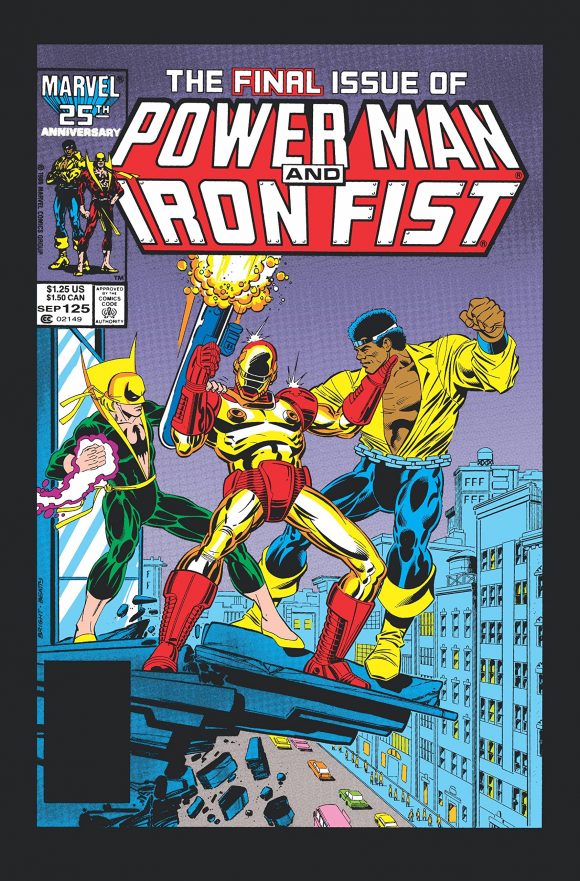 Is this the end of a beautiful friendship? The original POWER MAN AND IRON FIST series races to its conclusion, as the duo face a rematch with old foes Nightshade, Discus, Stiletto, the Eel and Man Mountain Marko. But who is Captain Hero? And what does this powerhouse want from Luke Cage? Iron Fist shares a team-up with the Falcon at Project Pegasus — where there’s a murderer on the loose! And Cage is recruited to take on the terrorist group named Control-7! But why has Danny Rand suddenly become old and dying? And if he can somehow return to K’un Lun to be healed, what will be the terrible price? As the Dragon King’s brother attacks and Iron Fist sees red, the Heroes for Hire will be torn apart by tragedy! 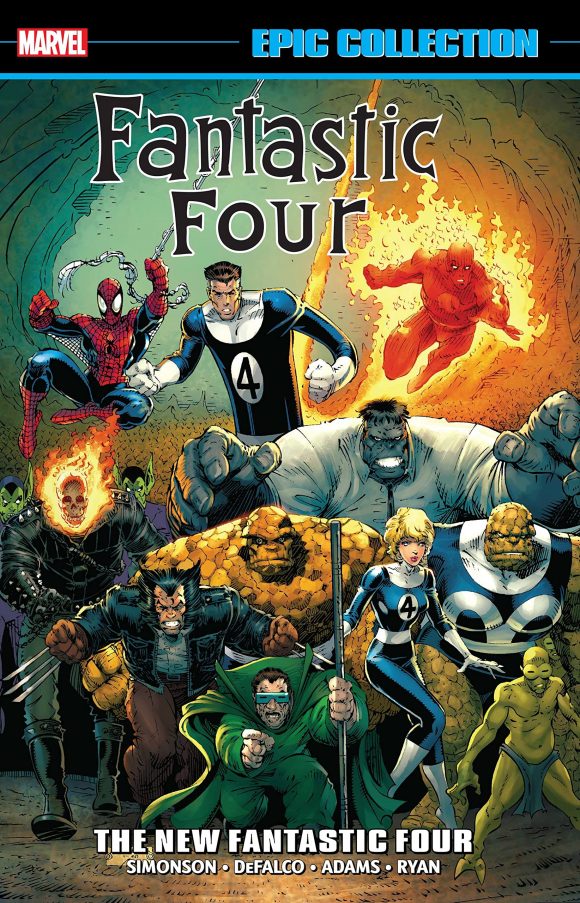 The Fantastic Four, like never before! With Reed, Sue, Ben and Johnny out of commission, a new FF comes together: Spider-Man, Wolverine, Ghost Rider and the Hulk! But what monstrous threat could bring these heroes together? And how are the Mole Man and the Skrulls involved? Maybe the real FF can help figure all that out! Then, the one, true Doom returns — and a time-jumping battle for the ages with Mister Fantastic ensues! Did we say time? Uh-oh, better hope nobody tells the Time Variance Authority! The Thing battles the Wrecker before a fantastic new era begins — and a stunning revelation rocks the marriage of Johnny Storm and Alicia Masters! Plus: The New Warriors, the Guardians of the Galaxy and a Miracle on Yancy Street! 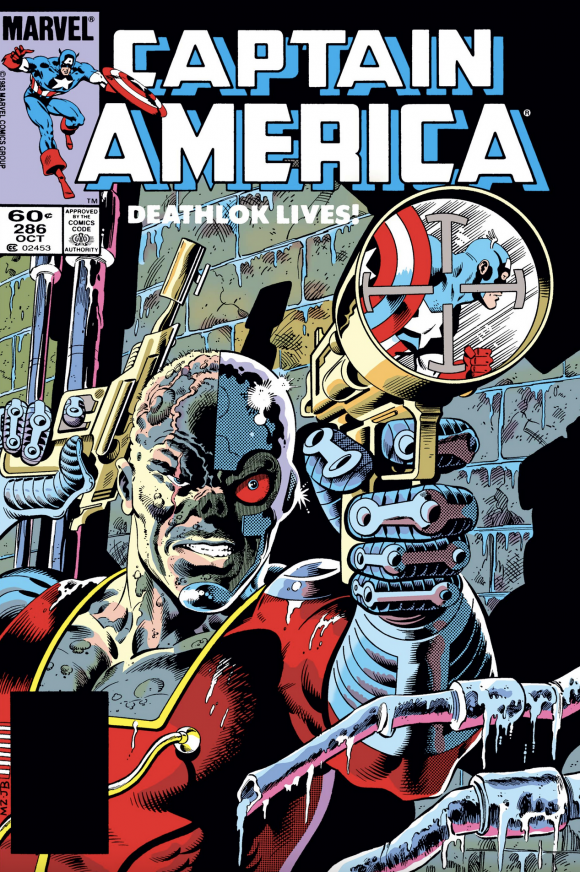