Englehart and Rogers’ DETECTIVE COMICS Run to Go Back in Print – Finally!

And in hardcover for the first time!

BOOK NEWS! We got BOOK NEWS! In addition to the piece you see here, we’ve got info on some other new Bronze Age collections DC is putting out. Click here for Super Friends: Saturday Morning Comics Vol. 1, featuring the ultra-rare Aquateers Meet the Super Friends. And click here for All-Star Comics: Only Legends Live Forever, collecting the classic Justice Society tales from All-Star and Adventure Comics — including the Death of Batman — by Paul Levitz, Gerry Conway, Joe Staton, et al.

For years now, I’ve been complaining that it’s a crime against comics that Steve Englehart and Marshall Rogers’ classic late-’70s run on Detective Comics has been out of print.

But it looks like that long wait for its return to shelves is almost over: Legends of the Dark Knight: Steve Englehart is listed on Amazon for release Jan. 7, 2020. 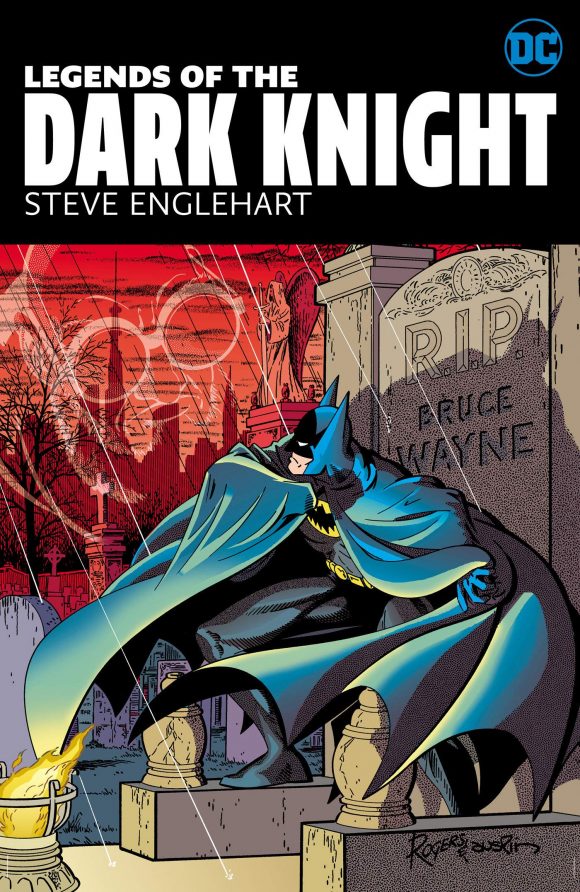 Art is repurposed from 1999’s Strange Apparitions collection. Unclear whether this will be the final cover.

Some of the most memorable Batman stories of all time, written by Steve Englehart, are collected in a single hardcover volume for the first time.

In 1977 comics writer Steve Englehart left Marvel Comics following acclaimed runs on titles like The Avengers, Captain America and Doctor Strange, and came to DC to write the adventures of Batman in the pages of Detective Comics. Together with rising-star artist Marshall Rogers, Englehart crafted a dark, moody run of stories in which Batman faces his own lonely existence while struggling against one of his earliest foes, Dr. Hugo Strange. This run also includes the renowned “Joker Fish” storyline in which the Clown Prince of Crime comes up with his most off-the-wall scheme ever, along with a 2006 miniseries in which The Joker runs for office with the slogan “Vote for me or I’ll kill you!”

This is phenomenal news. The storyline is one of the most popular and influential in comics history – it was voted #3 in our recent 80th Anniversary TOP 13 BATMAN COUNTDOWN (click here) – but it hasn’t been available in collected form since 1999’s trade paperback Strange Apparitions. And it’s never been presented in hardcover until now.

Actually, the storyline has something of an oddball publishing history, so here’s the background:

Englehart took the reins in Detective Comics #469. The art was provided by penciller Walt Simonson and inker Al Milgrom for the first two issues, which introduced Rupert Thorne, Silver St. Cloud and Dr. Phosphorus. (With covers by Jim Aparo.) 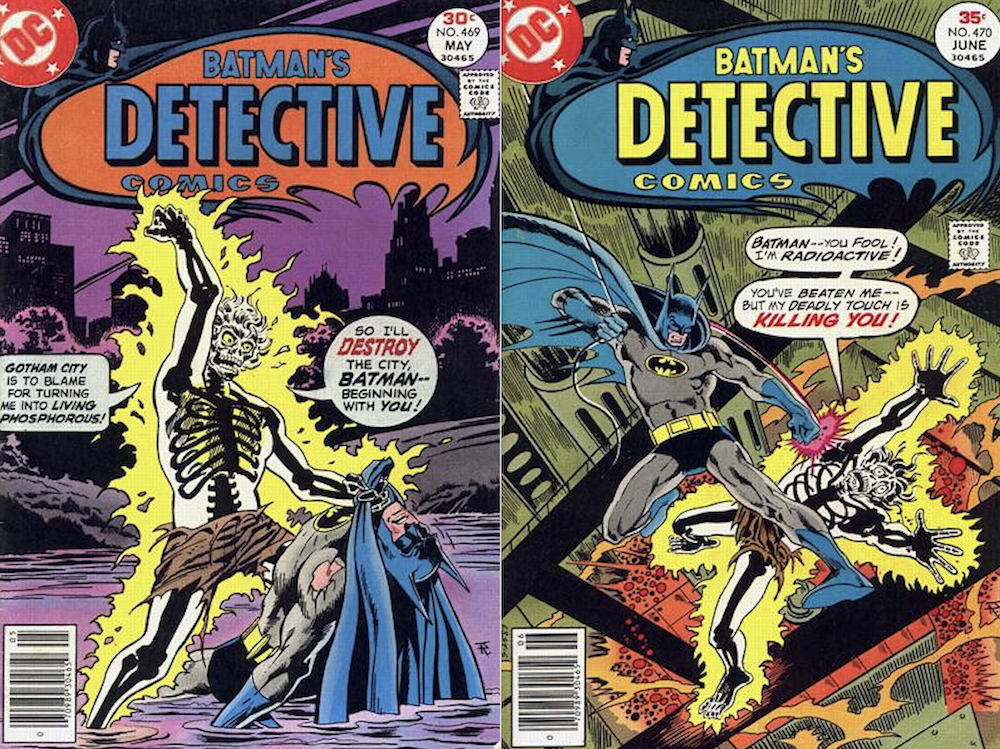 Rogers and inker Terry Austin then picked up the thread with the next six issues – the part that fans commonly think of when discussing the run. Issues #471-#476 featured the return of Hugo Strange and Deadshot from obscurity; a memorable appearance by Robin; a crackling Penguin tale; one of the greatest Joker stories ever told (The Laughing Fish!/Sign of the Joker!); and the resolution of one of Batman’s most compelling love stories.

Then, writer Len Wein joined the book and wrote a framing sequence for Detective Comics #477 and a two-issue story in #478-479 that were illustrated by Rogers and inker Dick Giordano. They dealt directly with the fallout from Englehart’s time on the book.

I myself have considered everything published above to be the complete saga, though that’s a fan talking. As far as Englehart’s concerned, the story ended with his final chapter. 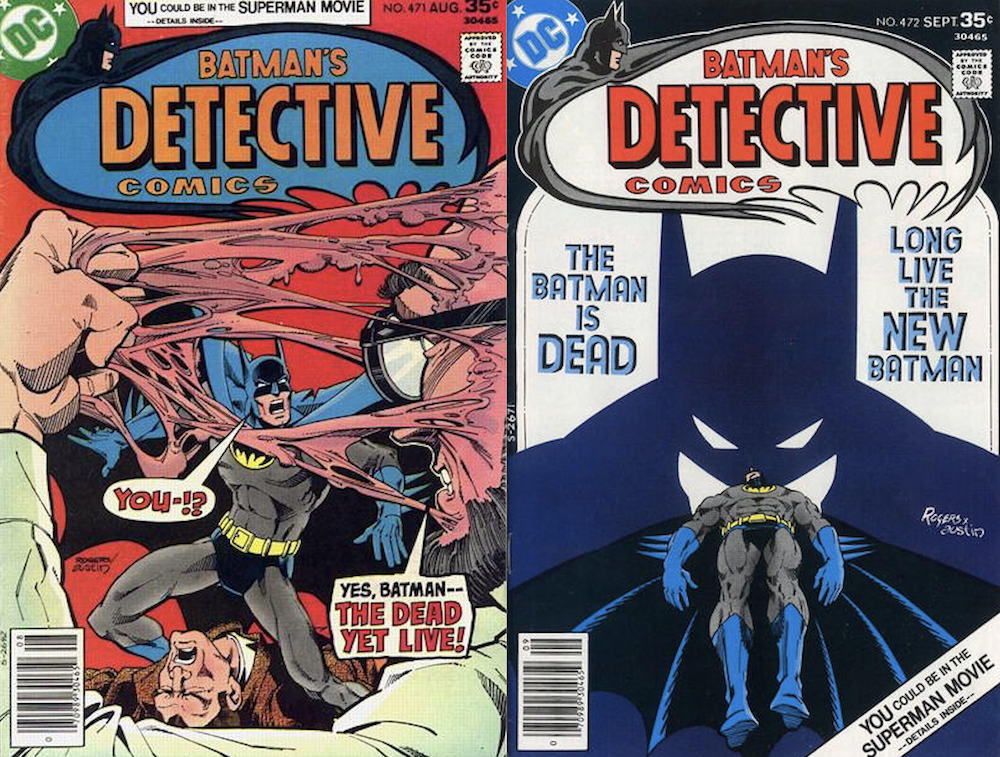 In any event, recognizing the storyline’s import and popularity, DC reprinted all of the issues, with the exception of #477’s framing sequence, in a five-part series called Shadow of the Batman, published on higher-end Baxter paper in 1985-86.

Flash forward 14 years and DC, now growing accustomed to collecting stories in book form, put out the unfortunately named Strange Apparitions, which again included the contributions by Simonson, Milgrom, Wein and Giordano, except for the #477 sequence.

The company even went back to the well in 2005 with a six-part sequel by Englehart, Rogers and Austin called Dark Detective, which, as mentioned in the Amazon description, will be included in the new edition. (Englehart and Rogers began work on a third go-around but the artist died in 2007 at the far too young age of 57. Englehart says Rogers had finished most of the first issue by the time of his death.) 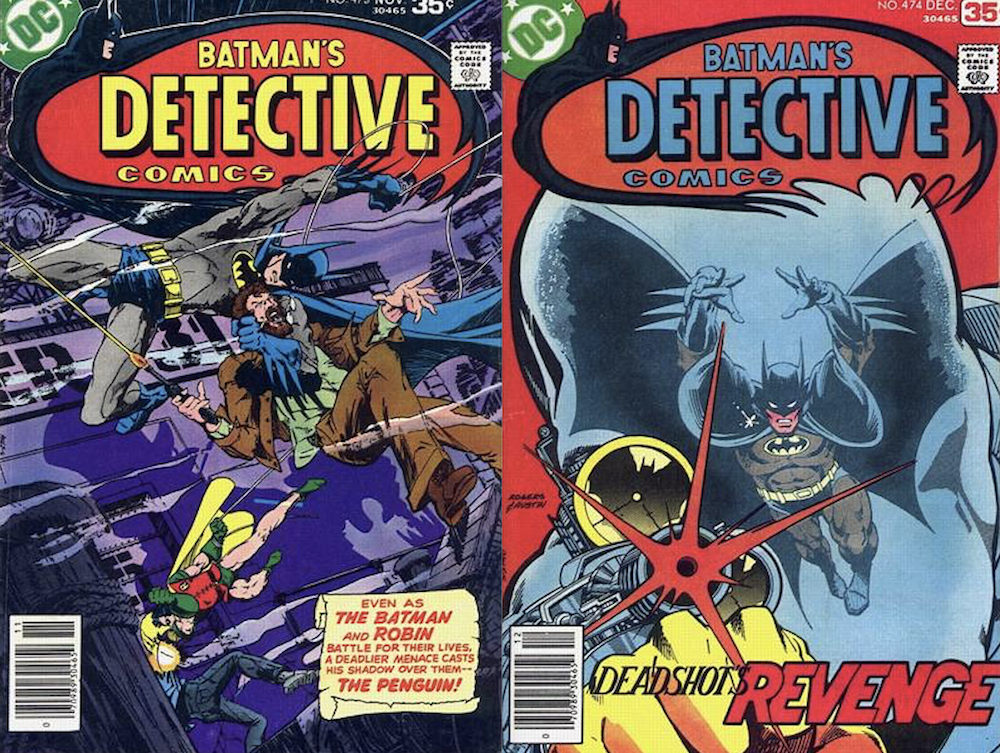 And that’s mostly been it for the last 14 years. In 2011, DC put out the hardcover retrospective Legends of the Dark Knight: Marshall Rogers, which included everything he did on Batman – except for that #477 sequence. It also didn’t include the Englehart stories that were illustrated by Simonson and Milgrom, so the book doesn’t give you a complete storyline at all.

Of course, ALL of the issues (including #477) are available on ComiXology, but that’s a different animal. And various trade collections have included parts of the storyline, as well.

But a story like this demands to be available in tangible, printed form in perpetuity and this new edition looks like it will come closest to being the definitive collection: The description includes the Wein issues, even if that pesky #477 sequence is still absent. 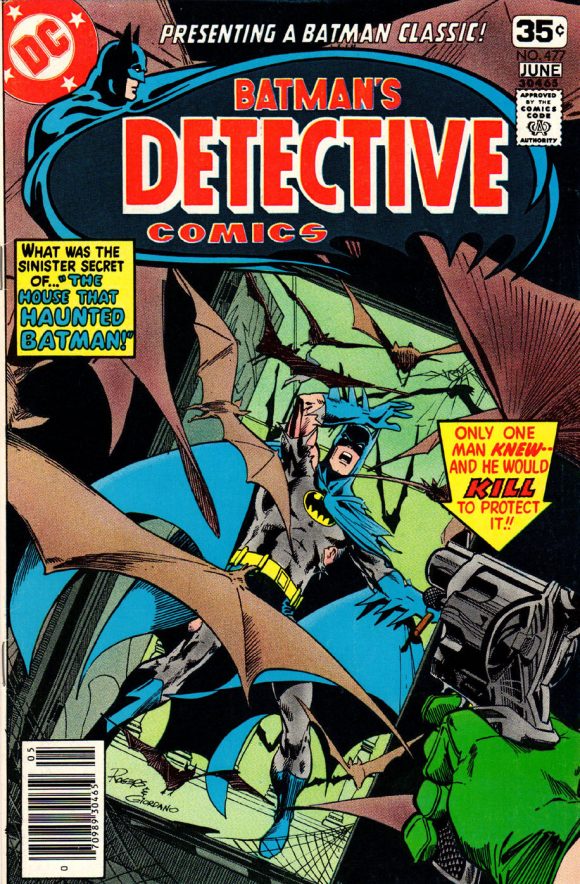 Now, as exciting as all this is, there’s a caveat: DC has not formally solicited this book yet. Sometimes their collections show up on Amazon and in other listings before that happens. So there’s that.

In addition, and more ominously, DC has had a frustrating track record lately with its vintage collections – soliciting books and then cancelling them shortly thereafter: For example, in recent months, we’ve seen this with Shazam! The Monster Society of Evil (click here) and the Detective Comics Before Batman omnibus set (click here). 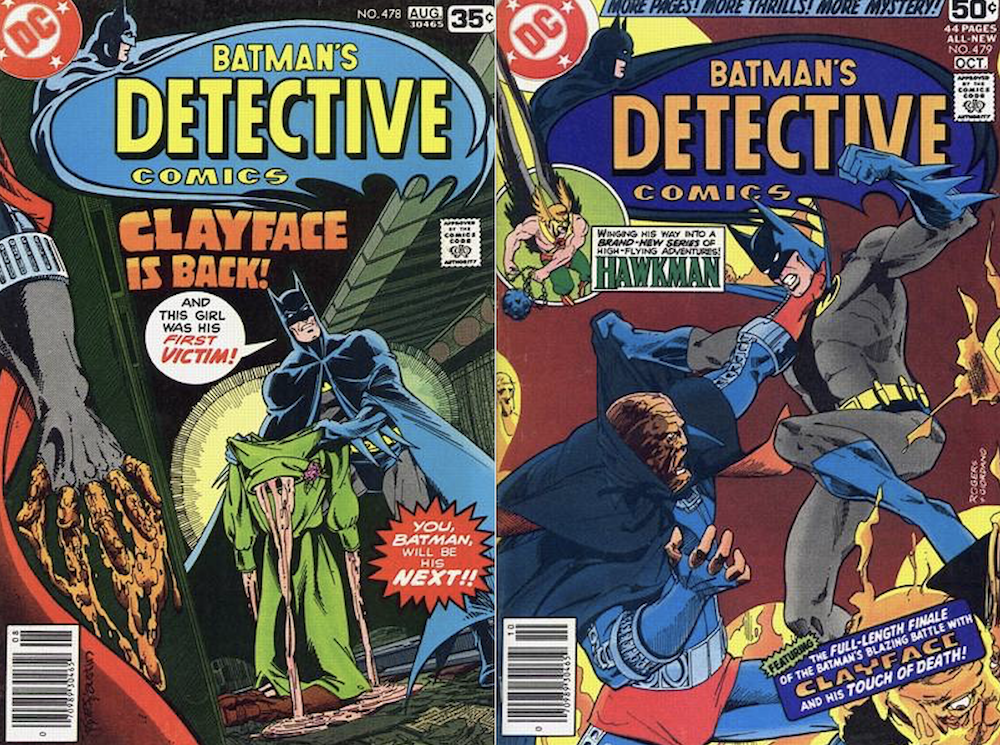 So, while I’m relatively confident we will actually see this book, given how well these Legends of the Dark Knight collections seem to do, I’ll feel a lot better once it’s in my hot, little Bat-hands.

Now, I can never get enough of the Englehart-Rogers run, so I’d like to point you to some other popular posts we’ve done about it: