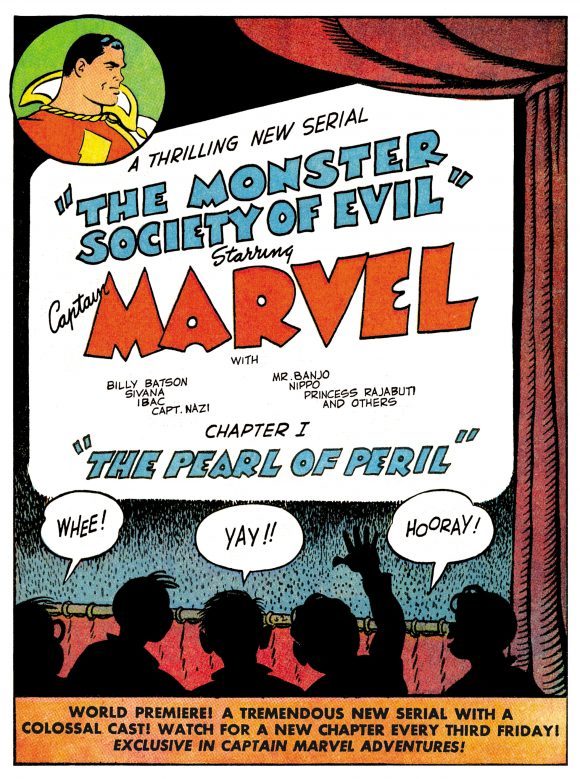 Back in June, we broke the news that DC Comics was going to publish a hardcover deluxe edition of the long-out-of-print 1940s Captain Marvel classic The Monster Society of Evil. (Click here for that info.)

But a lot of commenters quickly pointed out that the story featured racist story elements that are no longer acceptable to modern eyes. Japanese villains were given the typically monstrous depictions seen in World War II propaganda and Steamboat, a black character, was portrayed in grotesque, minstrel-esque style.

DC Comics clearly thought twice about it and has decided to pull the plug on the edition, which was due this winter. 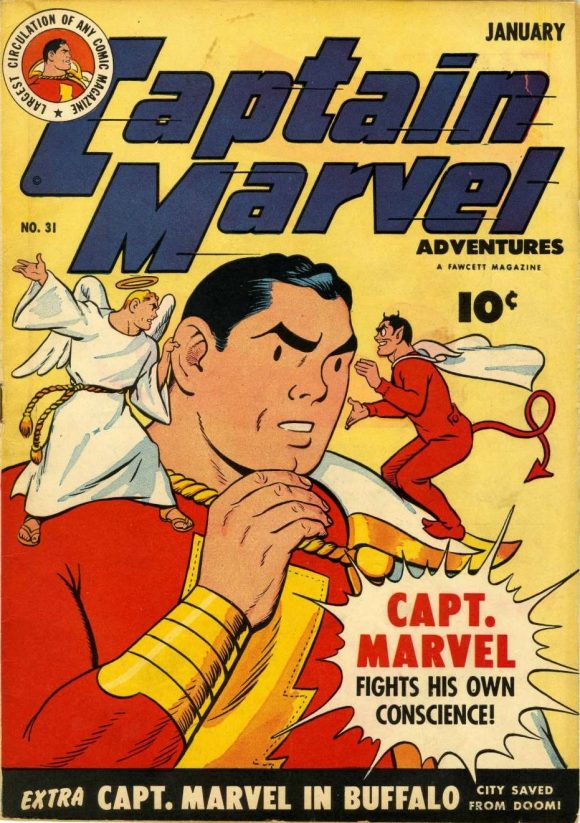 The storyline ran in Captain Marvel Adventures #22 to #46.

It’s a thoroughly understandable decision, but at the same time, I’d rather see an edition that featured essays and commentary that put the story and art into their proper historical context. (The book was to include two essays but it’s unclear whether they would have addressed the issue.) I’m just not a fan of kicking dirt on the past, though I appreciate the argument that something like this doesn’t need to be reprinted.

In any event, it would be too easy for people in these polarized times to misunderstand and misrepresent the intent of publishing the material — and the last thing DC and Warner Bros. want with the feel-good Shazam! movie coming out next year is to court this kind of controversy.