A little while back, we broke the news that DC was planning a special two-book omnibus set that reprinted the first 26 issues of Detective Comics — before Batman arrived on the scene. (Click here.)

The whole thing was pegged to Detective Comics #1000 and Batman’s 80th anniversary early next year. 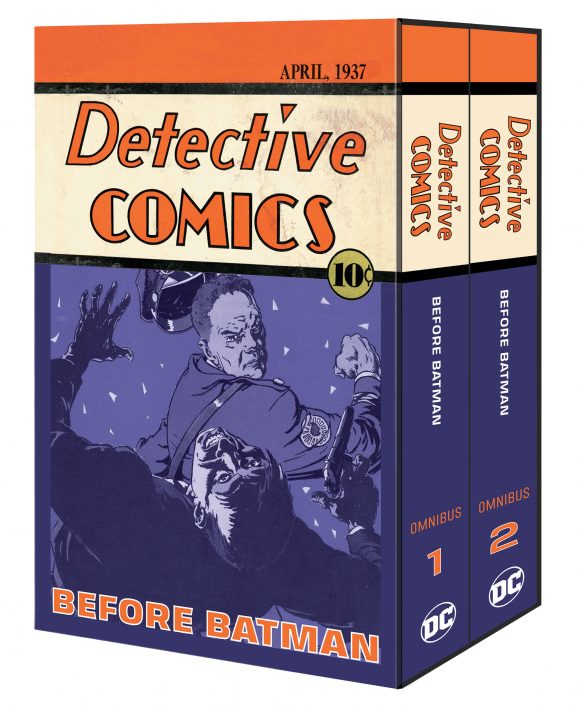 Unfortunately, DC has cancelled the project.

A similar thing happened recently with the Shazam!: Monster Society of Evil hardcover edition slated for this winter. (Click here.)

One common denominator is that both projects feature Golden Age stories that include extremely unflattering portrayals of minorities. My understanding is that the publisher realized that the stories would not measure up to today’s enlightened standards.

As I wrote here, it’s a thoroughly understandable viewpoint. Personally, however, I’d prefer DC put out the material with historical essays that put these works in their proper context.

Perhaps one solution, as far as the Detective Comics slipcase is concerned, would be to publish a smaller collection of stories from the 26 issues that would pass muster. This way, readers could get a taste of what these comics, which have historical value, had to offer.

Would that sell? Doubtful.

Either way, I don’t expect we’ll find out.