Now, DC had planned to release two one-shots to celebrate the milestone this month: The Joker 80th Anniversary 100-Page Super Spectacular #1 and the Catwoman 80th Anniversary 100-Page Super Spectacular #1 — each with its own set of decade-tribute variant covers. (Click here to see the Joker’s and click here for Catwoman’s.) Not just that, each issue was to have its own set of retailer-exclusive variants. 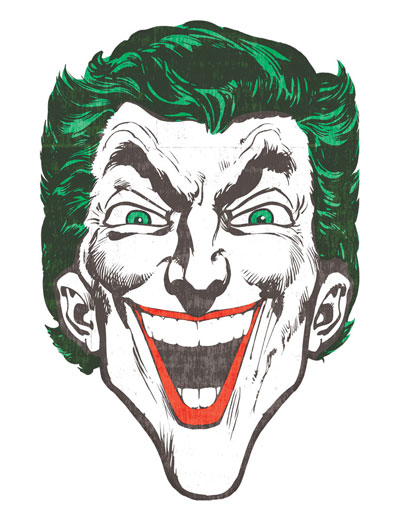 DC is also planning anniversary cardboard masks by artist Ryan Sook — including this homage to Adams. Click here for details.

Now all that’s still coming but it’s been delayed due to the coronavirus pandemic and it’s hard to say when we can look forward to seeing these.

But while we wait, take a gander at two covers by Neal Adams — exclusive to the master artist’s online store and his Burbank, California, retail outlet Crusty Bunkers: 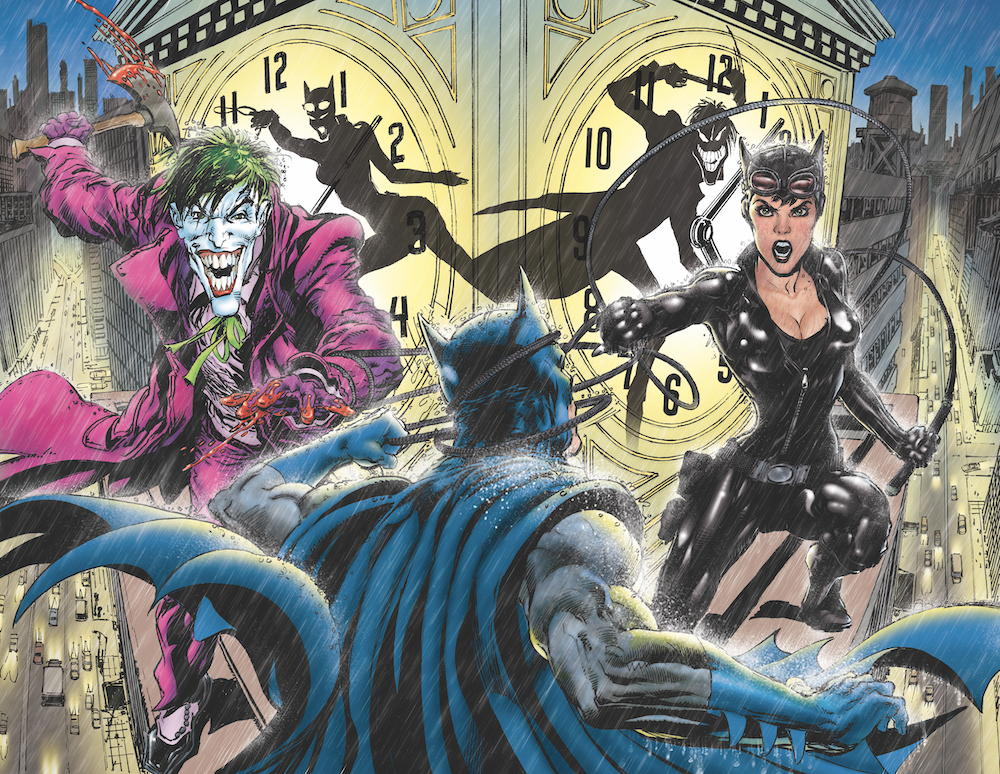 As you see, the two covers form a diptych — and one of the most dramatic images of Adams’ recent work.

Here’s what each looks like on its own, complete with trade dress: 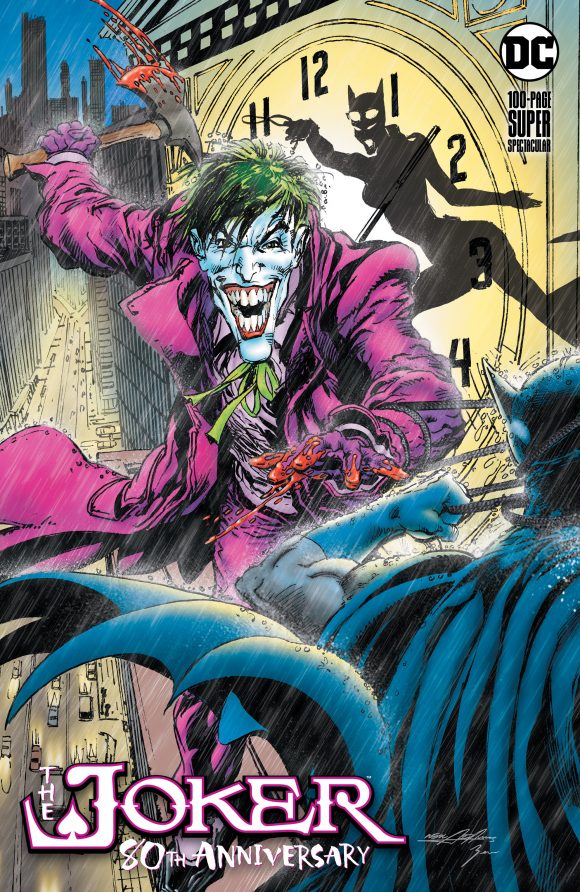 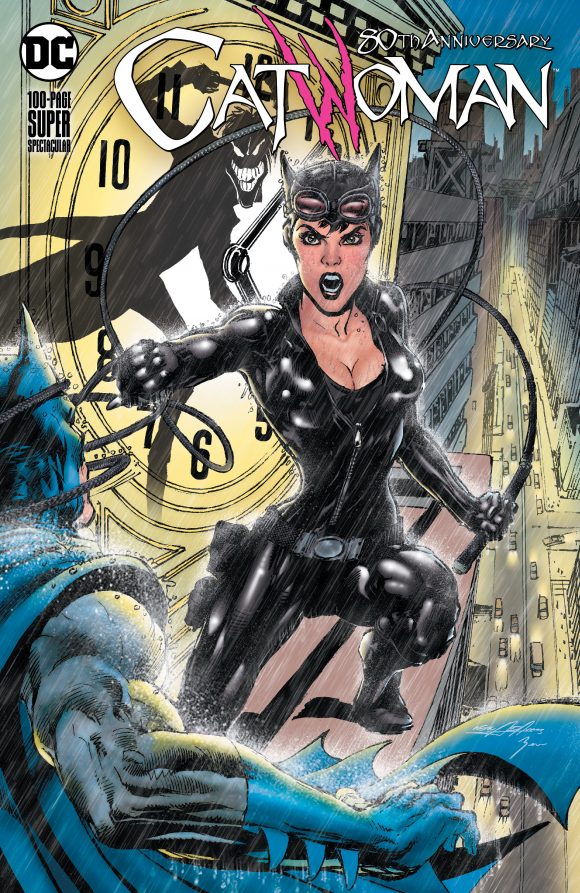 — I not only dig the perspectives, but the surrealistic shadows cast by the Clown Prince of Crime and Feline Fatale. Taken alone, each conveys that it’s a dual anniversary. Together, they add a suitably atmospheric touch that helps tie the complete image together.

— The covers are available for pre-order now at Neal Adams’ website. Click here for more info. It’s $120 for the pair, signed by Adams (though you can choose to leave them unsigned). He’ll also have them available at comics shows, whenever they resume. 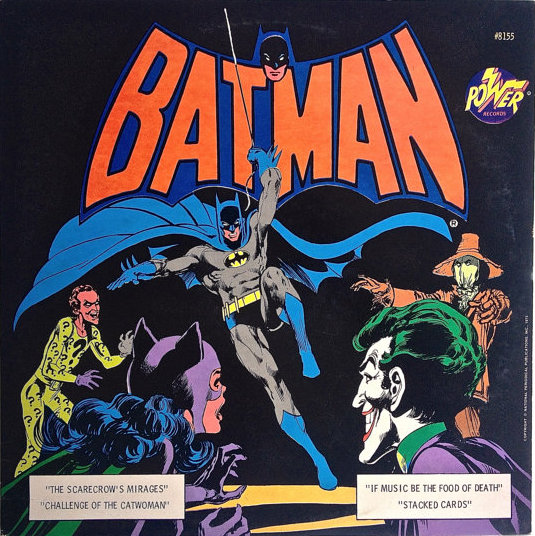 A 1975 Power Records LP cover. Adams teamed the Joker and Catwoman up then, too. (Along with the Riddler and Scarecrow, natch.)

— In case you’ve not been following along, Adams has dominated our new feature BRONZE AGE BONANZA! — which highlights the TOP 13 COVERS of every month, 50 years earlier. In fact, comics’ greatest living artist took the top three spots in the most recent entry, spotlighting April 1970. Click here to check that out.

— And, hey, there’s more to come! Adams will take you behind the scenes of these covers and we’ll have EXCLUSIVE pencilled and inked preliminary images to show off. That’ll be tomorrow — the anniversary itself. (UPDATED: Click here to check it out!)