Dig the Final Versions of the JOKER 80th ANNIVERSARY Variants

Hey, March 30 happens to be Batman’s 81st anniversary (click here), so it’s somewhat fitting that we can now show off the final versions of the decade-tribute variant covers for the one-shot spotlighting his greatest enemy — The Joker 80th Anniversary 100-Page Super Spectacular #1. 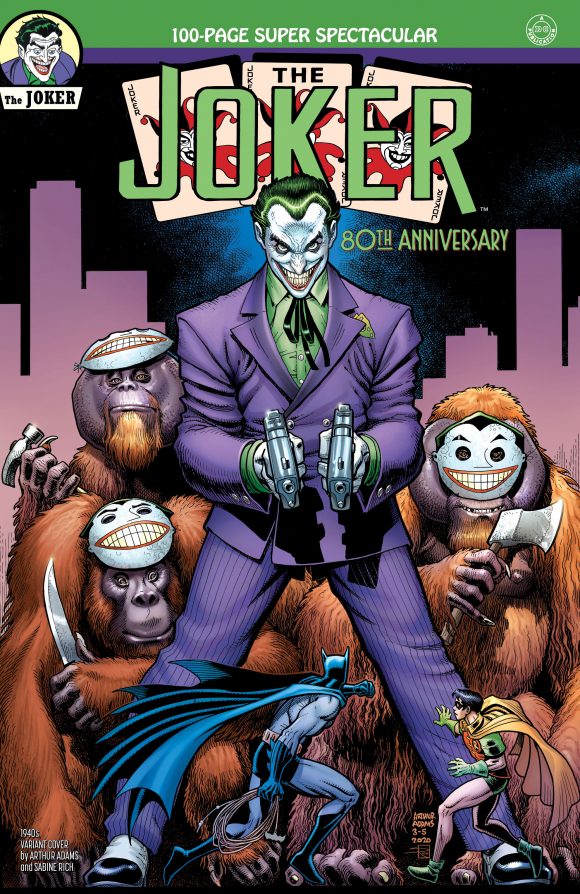 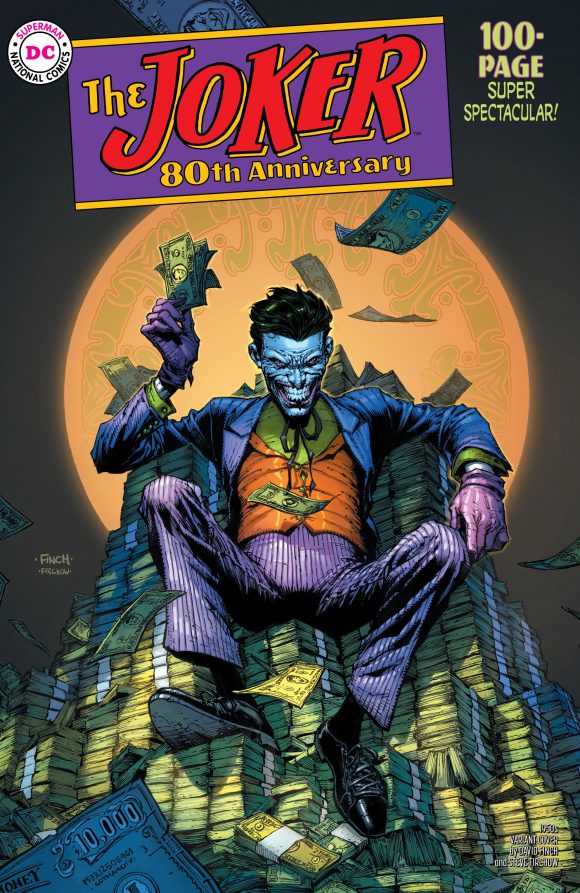 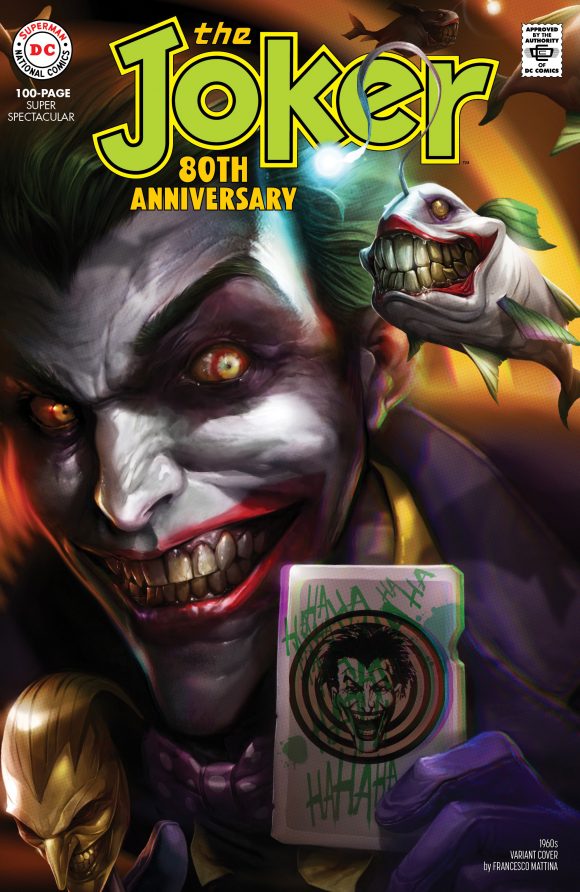 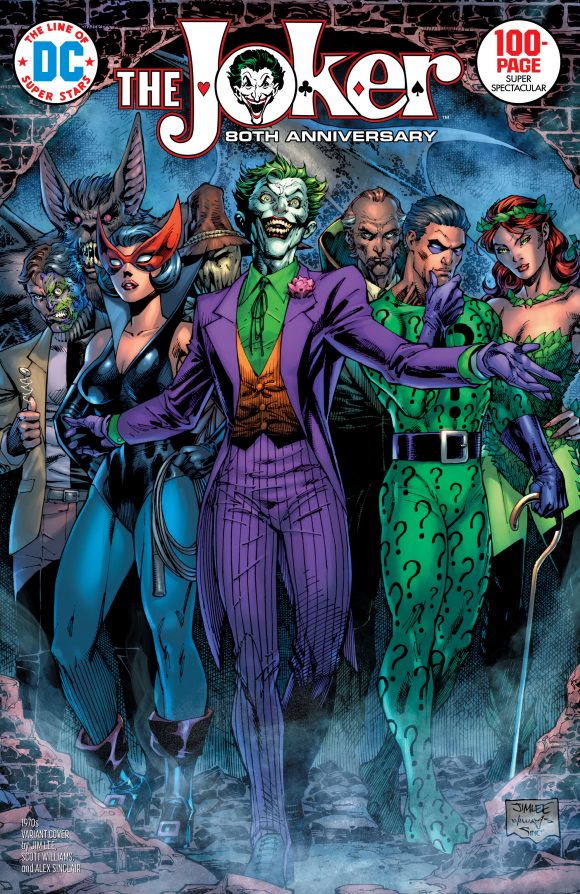 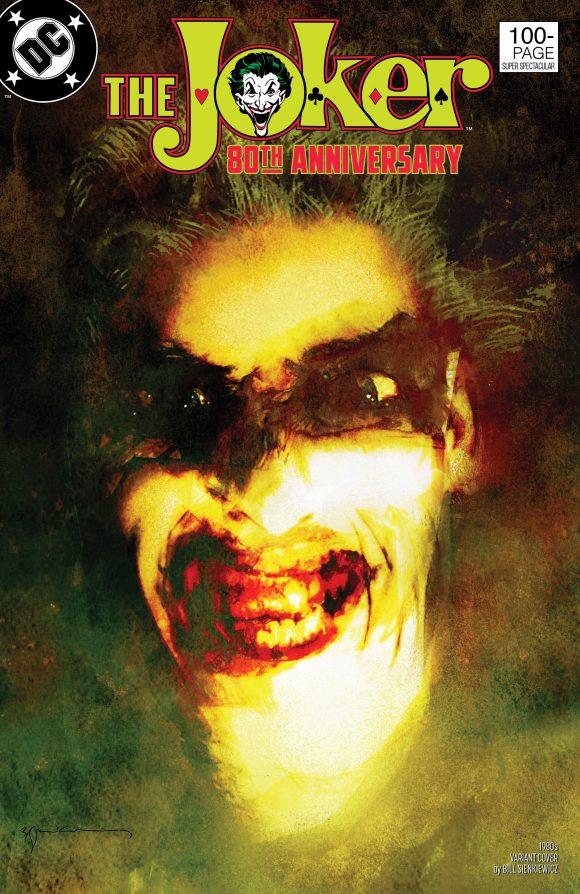 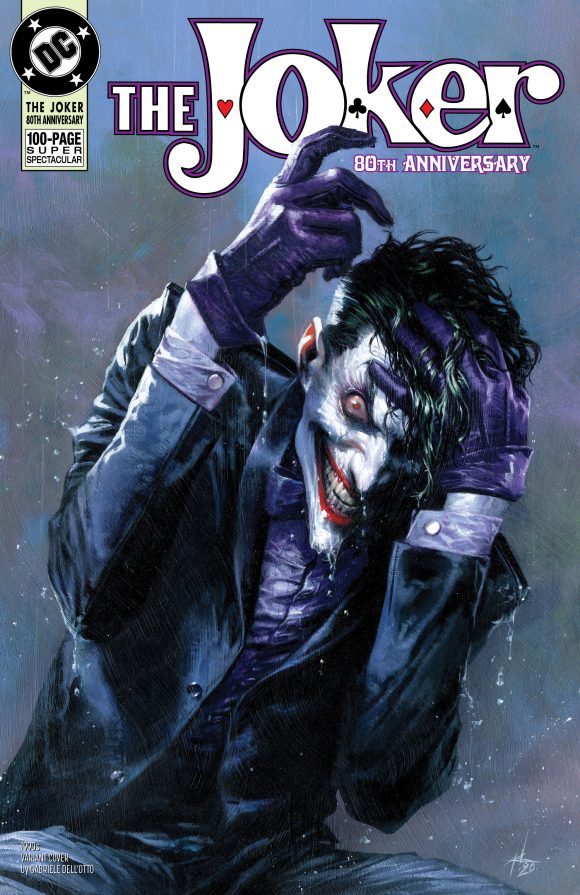 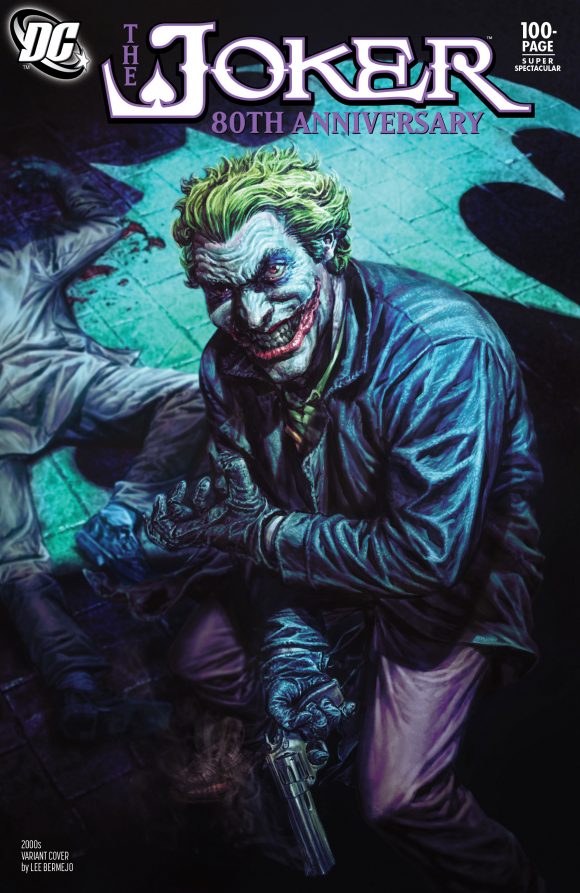 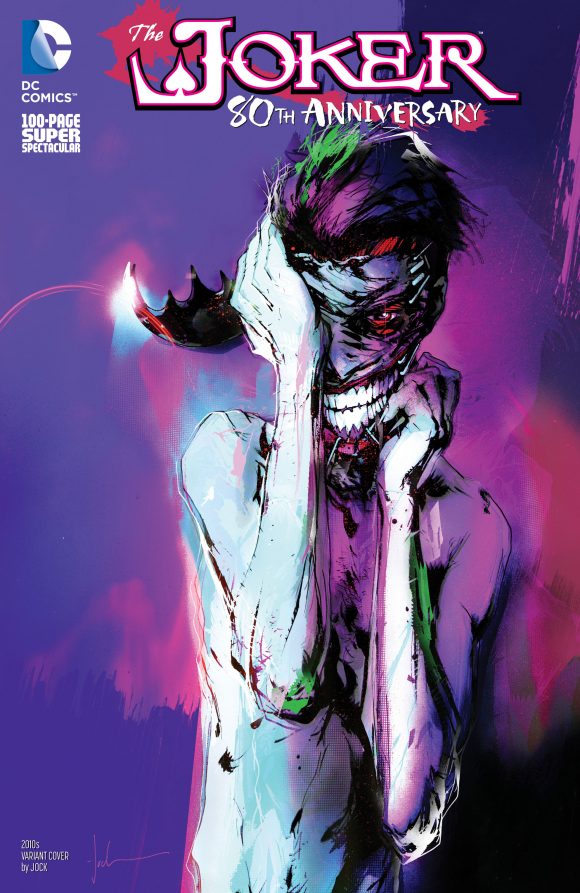 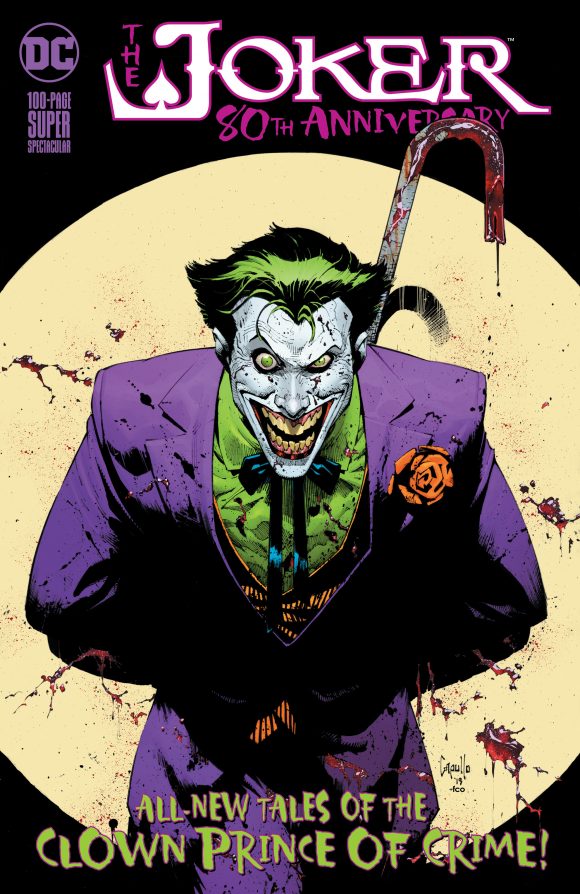 — The issue is due April 29 but right now the comics industry is in serious upheaval because of the coronavirus pandemic. In other words, the book is technically scheduled to come out that day but things could change. So keep your eyes and ears open.

— As I’ve noted before, DC these days isn’t always sticking with the artistic style of a particular era, as the publisher largely did when it first launched decade-tribute covers with 2018’s Action Comics #1000. Instead, they’re mostly now having artists homage the decades in spirit. I have mixed feelings about that but when it works it works. In this case, I particularly like the ’40s and ’70s covers.

— And, as I expected, that 1970s cover by Jim Lee, Scott Williams and Alex Sinclair is made even better by the classic Bronze Age Joker logo.

— Naturally, the Joker didn’t headline his own book until the ’70s, so DC had to improvise logos for earlier decades. I particularly dig that ’40s riff.