Fair to say that this is unexpected… 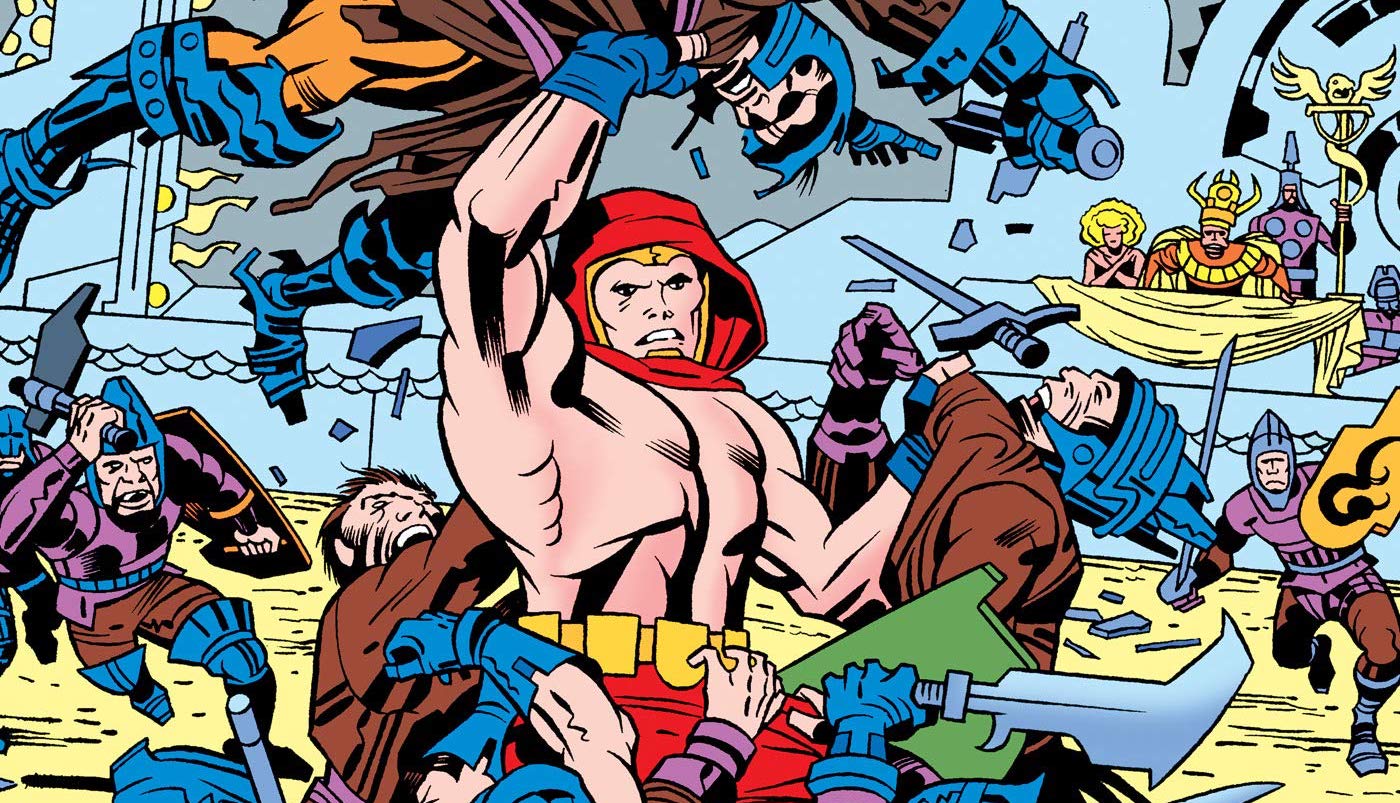 Back in 1975, DC first published a Showcase-esque series called 1st Issue Special, designed to show off characters and concepts that might lend themselves to ongoing series.

Unlike Showcase, which was dormant at the time and in the past had generally given a character a few issues to test the waters, 1st Issue Special was an oddball collection of one-offs that ultimately ran for 13 issues across a year.

It was an eclectic selection of features by some of comics’ biggest names and upcoming talents — from Jack Kirby’s Atlas, Manhunter and Dingbats of Danger Street, to the Creeper with art by Steve Ditko, to the cult-fave Lady Cop by writer Robert Kanigher. 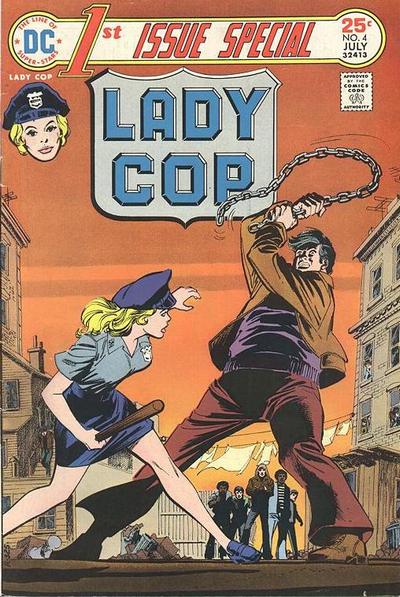 It also featured the first appearance of Mike Grell’s Warlord and was supposed to feature the Batgirl and Robin story that eventually led off Batman Family, as a well as a Green Arrow/Black Canary tale that later saw print in Green Lantern #100. (Click here for the complete list of 1st Issue Special stories. We’re talking Dr. Fate, Metamorpho, the New Gods and more.) 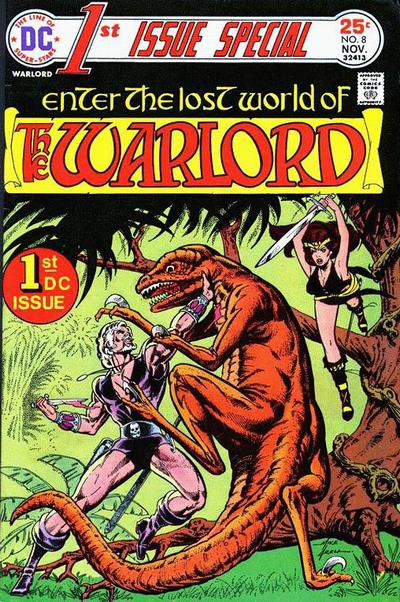 Anyway, it’s remarkable to me that DC — which is really upping its trade collection game — in 2020 is set to release a 1st Issue Special special edition hardcover, according to a listing on Amazon.

Check out the description, along with placeholder art by Kirby (inked by D. Bruce Berry), lifted from the cover of 1st Issue Special #1: 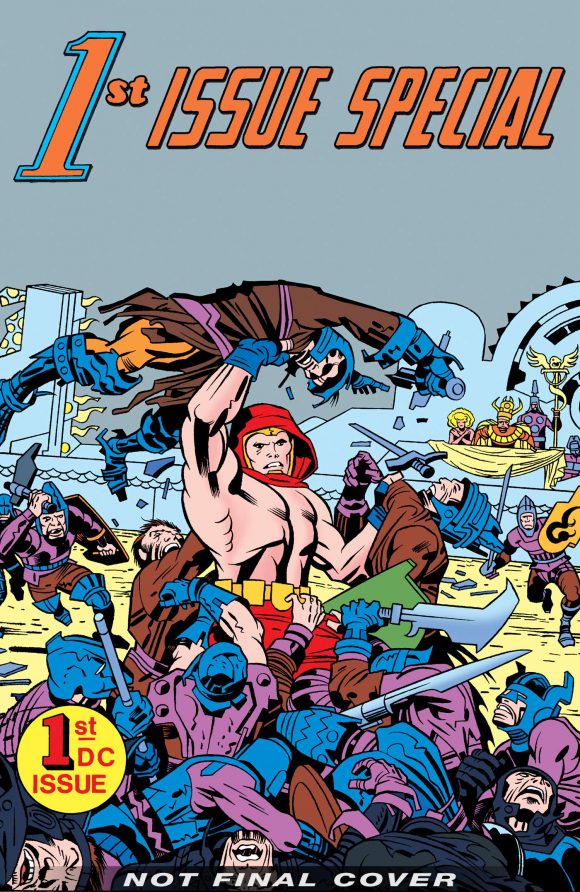 DC collects the 1970s anthology series that featured new adventures from top talents like Jack Kirby and Steve Ditko, and starring DC heroes including the New Gods, Metamorpho and the Creeper.

In 1975, DC brought back the anthology try-out series concept with 1ST ISSUE SPECIAL, which followed in the footsteps of the earlier try-out series SHOWCASE that had introduced heroes like the Flash, Green Lantern, Aquaman, the Atom and more. These never-before-reprinted 1970s stories included new concepts from writer/artist Jack Kirby, plus stories illustrated by Steve Ditko (co-creator of Spider-Man) and Walter Simonson (best known for his work on Marvel’s Thor). Along the way, 1ST ISSUE SPECIAL introduced Atlas, Manhunter and Dingbats of Danger Street, all written and illustrated by Kirby, plus the classic fantasy adventure series Warlord, written and illustrated by Mike Grell, while bringing back beloved characters like Metamorpho, the Creeper and the New Gods. Also included are several “off the wall” concepts like the Green Team (crimefighting teenage millionaires!) and the gritty drama of Lady Cop. Collects 1ST ISSUE SPECIAL #1-13.

— Seriously, this is a trade collection I never really imagined would ever be published because it’s such a bizarre grouping of stories. That said, you can understand the appeal when the list of creators includes Kirby, Ditko, Grell, Bob Haney, Gerry Conway, Walt Simonson, Ramona Fradon and many others.

— It’s worth noting that a number of these stories have been reprinted elsewhere, but never like this, so that’s pretty funky. On the other hand, I don’t think, say, Lady Cop has ever been reprinted — except in the Australian Falling in Love Romances #98, according to the Grand Comics Database. 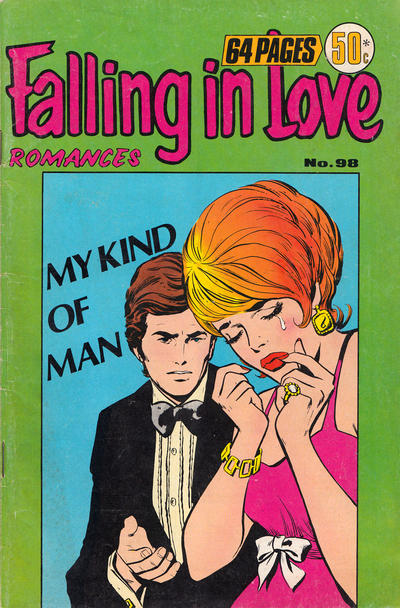 — By the way, our friends over at TwoMorrows are putting together a special Kirby collection that includes Dingbats of Danger Street work that was never published. Click here for the rumpus.

— Now, keep in mind, as always, this has not been officially solicited by DC Comics yet. That means anything can change. But do keep your eyes open. According to Amazon, the 280-page hardcover will be released in April 2020 and list for $39.99.