The Monster Society of Evil awaits you… 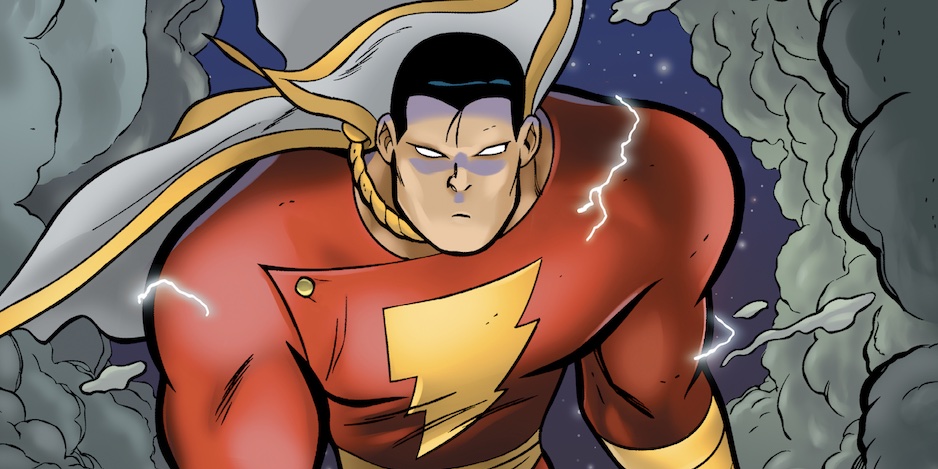 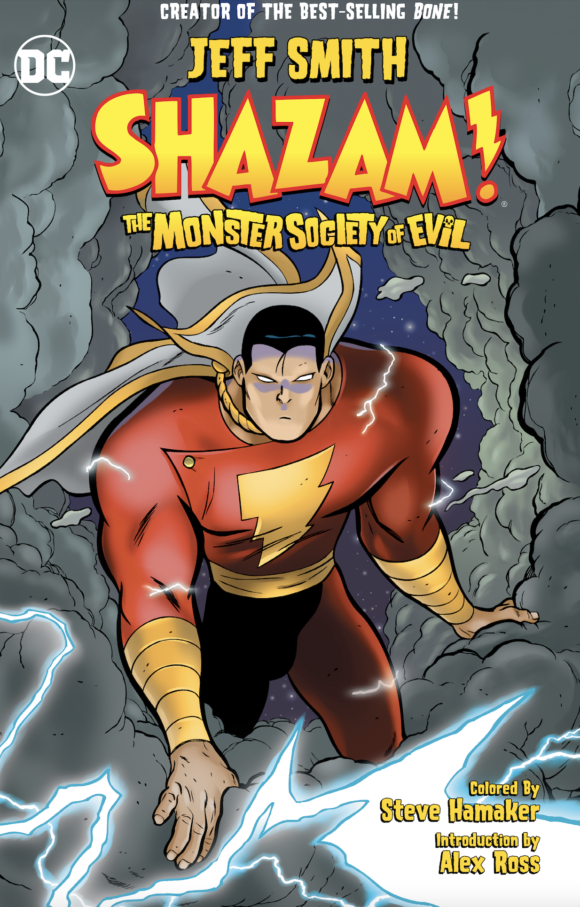 SHAZAM! THE MONSTER SOCIETY OF EVIL

Young orphan Billy Batson finds himself wielding truly amazing magic powers–just in time to face an invasion of alien and earthly monsters! All he has to do is say the magic word: Shazam!

When Billy Batson follows a mysterious stranger onto the subway, he never imagines he’s entering a strange world of powerful wizards, talking tigers, kid eating monsters, political intrigue and mysterious villains. But Billy encounters all that and more when the wizard gives him a magic word that transforms him into the world’s mightiest mortal. Now, he must use his extraordinary new abilities to face an incoming invasion of alien creatures and to stop mad scientist Dr. Sivana and his Monster Society of Evil from taking over the world!

Acclaimed and award-winning writer and artist Jeff Smith (Bone) brings his talent for crafting stories with adventure, humor and gorgeous artwork as he reimagines Shazam! for a whole new generation of readers. 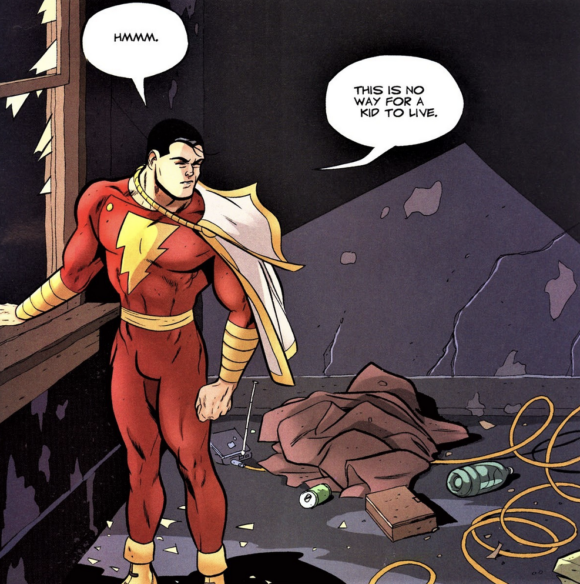 — If you’ve never read this, I highly recommend it. It’s wonderfully funny and warm, just the kind of tone you want from a timeless Captain Marvel story.

— There’s been speculation that the Shazam! movies are headed toward a Monster Society of Evil storyline. (The new Shazam! Fury of the Gods is due in theaters in December.) If so, it makes sense that DC is making this available again in hardcover, especially since the publisher doesn’t wish to publish the original story from the Golden Age. Then again, it makes sense to re-release it just because it’s Shazam/Captain Marvel and it’s fab.