SHAZAM! Dig This INSIDE LOOK at the Rare Spanish CAPTAIN MARVEL Card Set

Golden collectibles from the Golden Age… 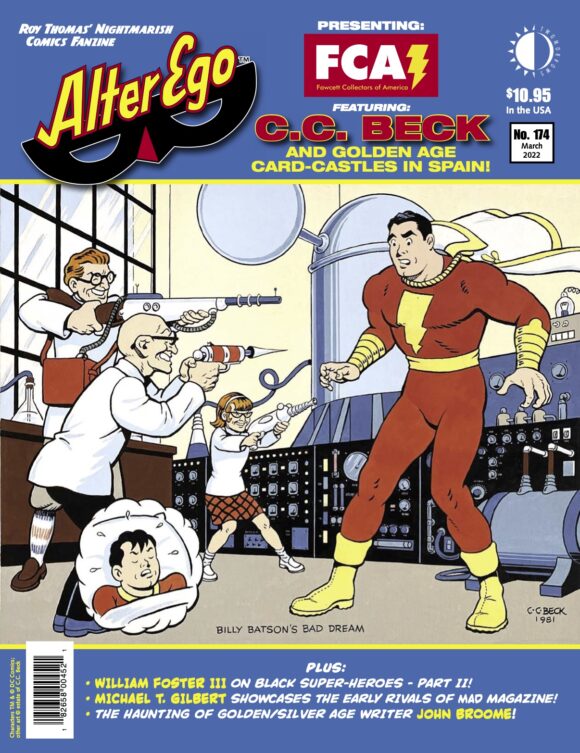 Alter Ego #174 is out this week and it’s another Fawcett Collectors of America takeover issue. Lotsa Marvel-ous stuff, as usual, but there’s an especially terrific feature about the Big Red Cheese’s rare Spanish trading card set from the ’40s.

The piece by Javier Gonzalez lays out a history of the 144-card series, which, when placed in order, tells an adaptation of 1947’s The Marvel Family #10. The article includes an image of each full-color card — plus the cover of a collector’s album — and translates the story. As you might guess, this is an indispensable pick-up for any fan of the original Captain Marvel.

Anyway, for our EXCLUSIVE EXCERPT, we present three of the pages of cards (there are tons more in the mag), as well as a snippet from the introduction. I highly recommend picking up the complete issue, which is shipping now from TwoMorrows. You can click here to order, or grab it at your local comics shop or magazine seller. They should have the issue this week or next. 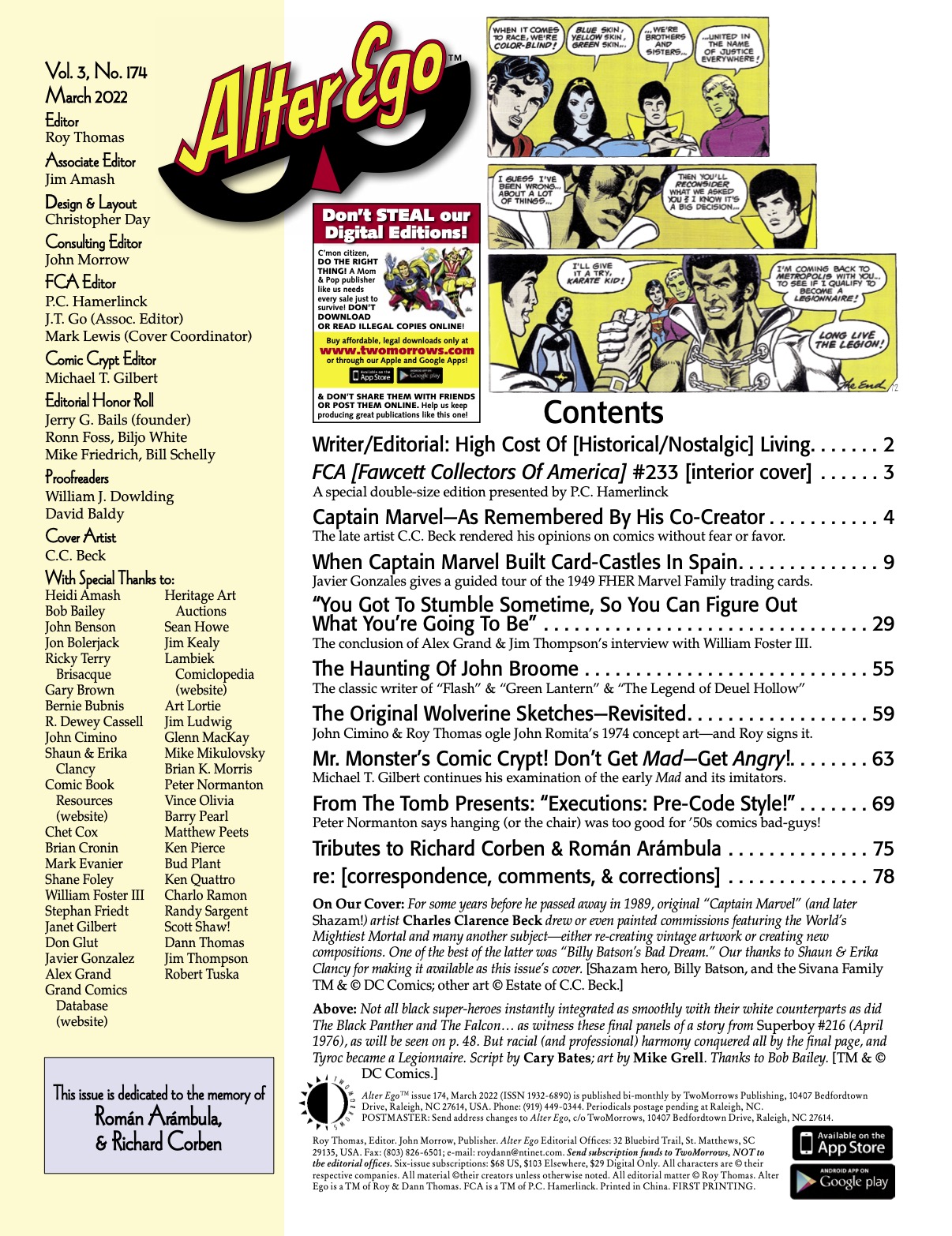 Fuentes Hermanos (aka FHER) and Fawcett Publications came to an agreement in 1949 that gave the Spanish company the right to publish a complete trading card series that would reacquaint fans in Spain with Captain Marvel. Other illustrated cards of that era simply showcased the star character in random, unimaginative scenes, with no real story or plot. What made the FHER Captain Marvel illustrated card series from ’49 so unique was that it began with the (altered) origins of the World’s Mightiest Family, and then was followed with a (somewhat loose) adaptation of Otto Binder’s epic 5-part story from The Marvel Family #10 (1947) in which Captain Marvel, Captain Marvel Jr. (referred to as “Little Marvel” in the card set, edited for A/E readers with his true name), and Mary Marvel battle the evil Dr. Thaddeus Sivana and his family: son Thaddeus Jr. (curiously named “Celso” in the card set) and daughter Georgia. As in the original Fawcett story, the Sivanas scheme to separate the Marvels from their magic lightning. 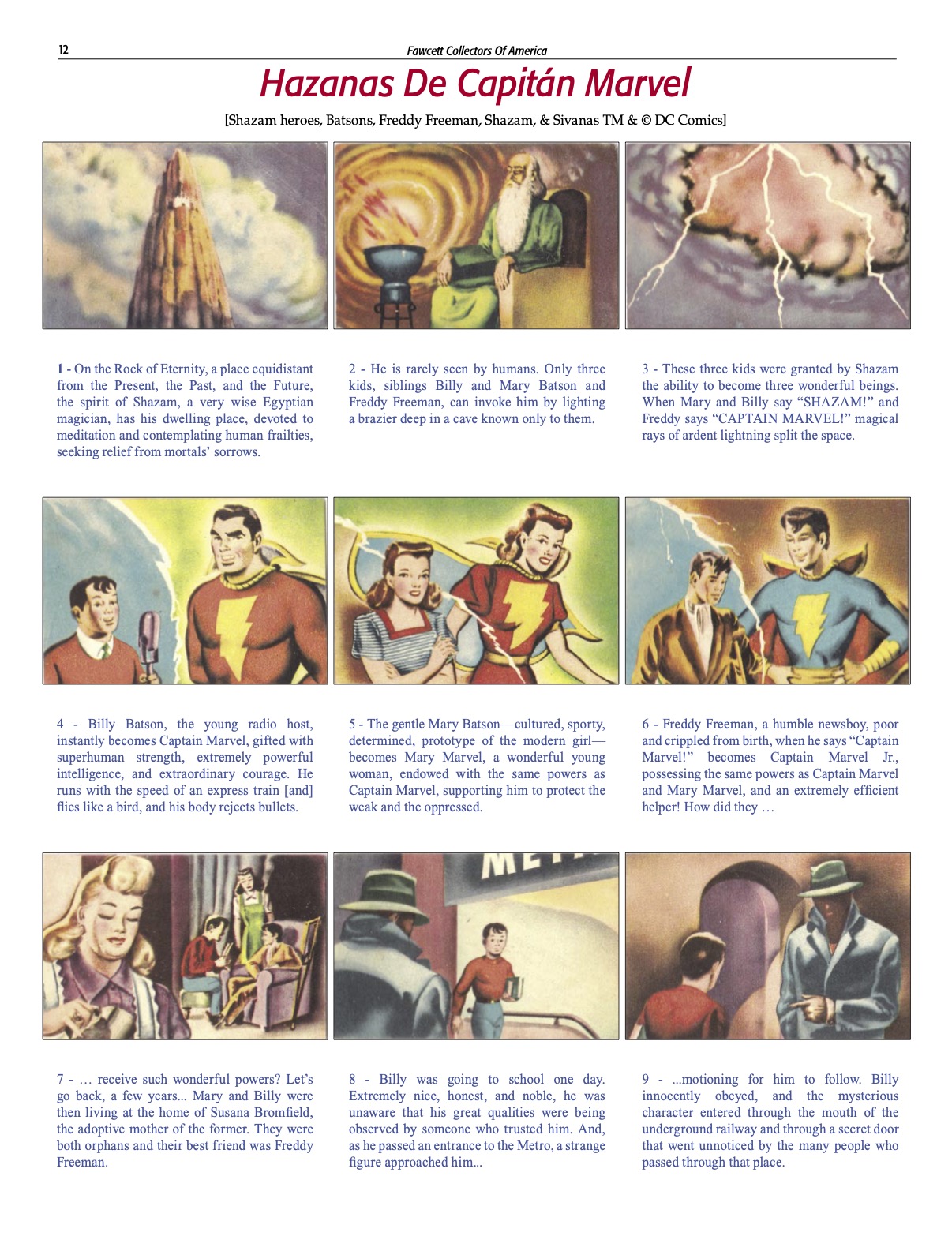 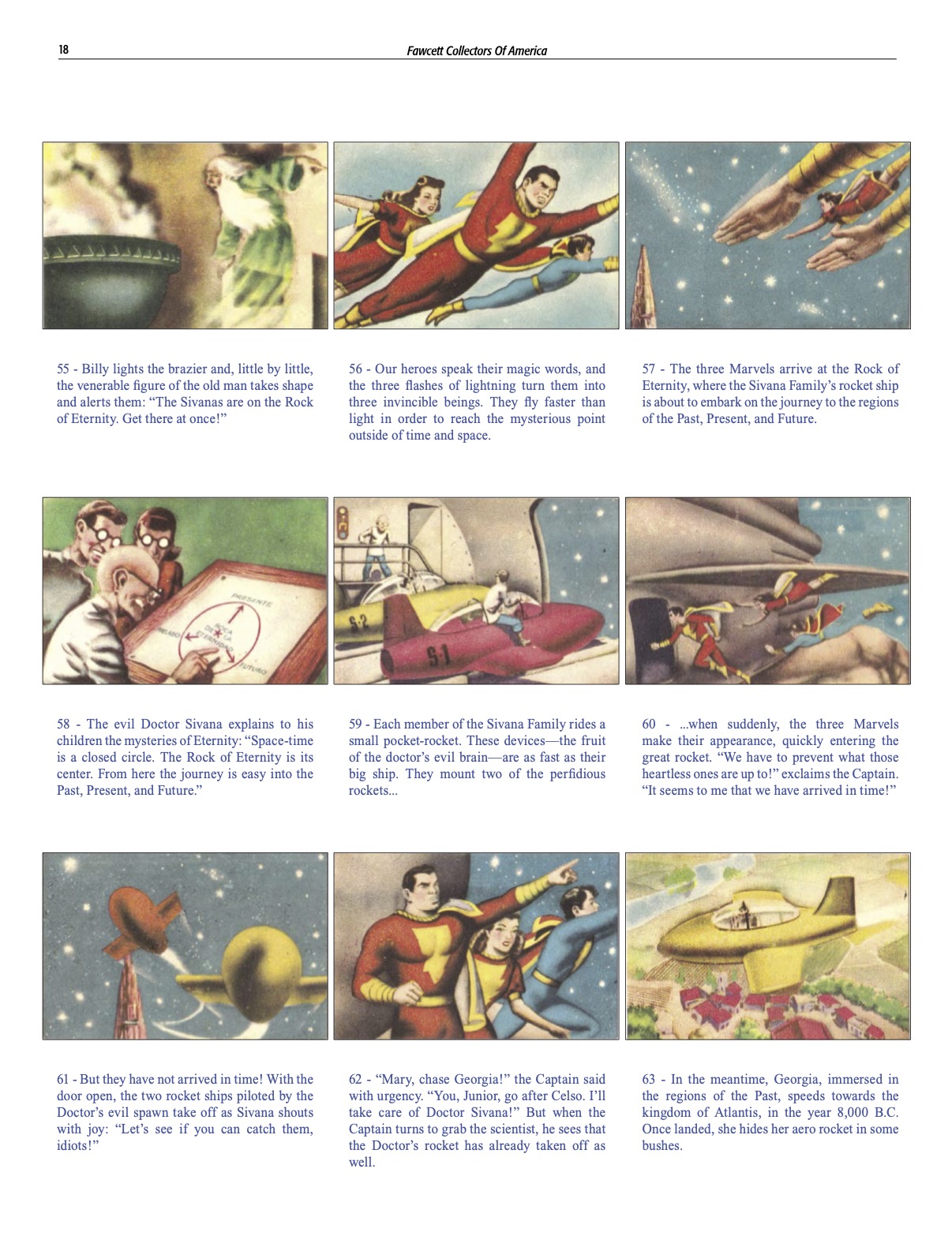 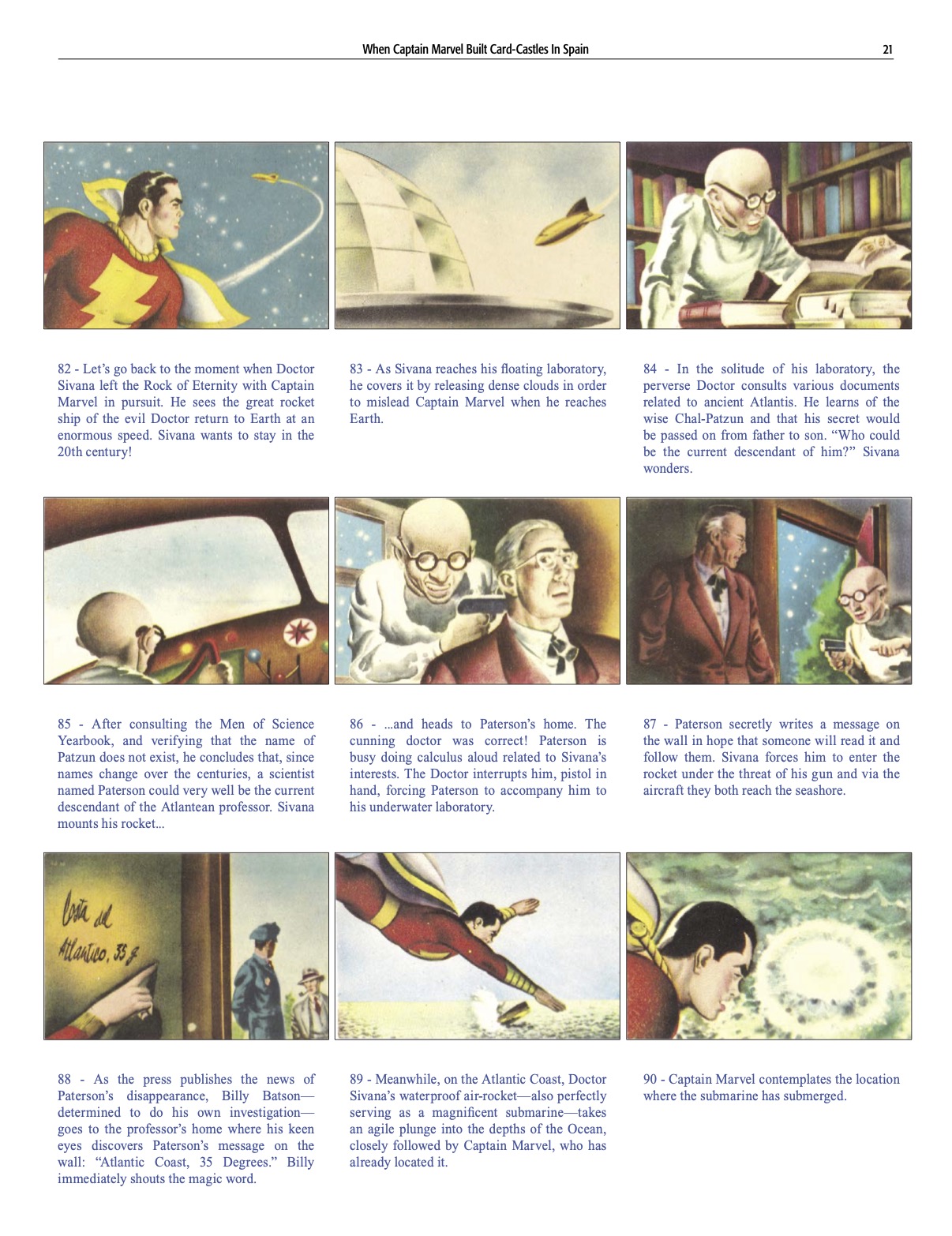