Good time to be a Batman fan. But, then isn’t it always?

A little while back we brought you the news that DC was planning a big hardcover book celebrating both Detective Comics #1000 and Batman’s 80th anniversary. (Click here.)

It wasn’t exactly a surprise given the way the publisher saluted Action Comics #1000 and Superman’s 80th birthday in the spring. But still, it was nice to have confirmation.

Anyway, DC on Thursday formally announced both the hardcover and some of the details of Detective #1000 itself.

In a nutshell, here’s what you can expect: 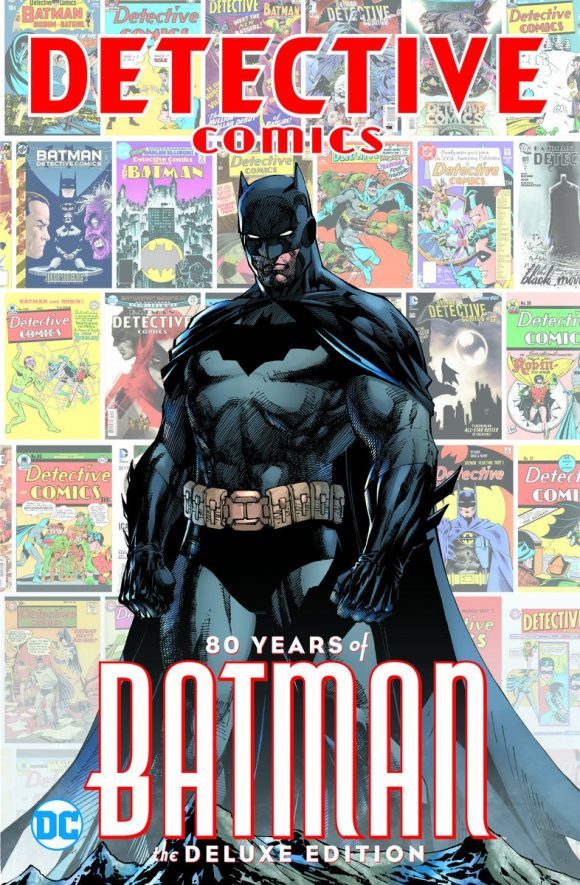 Art by Jim Lee and a cast of thousands

— The hardcover Detective Comics: 80 Years of Batman will, of course, feature a selection of stories from Batman’s past, as well as the debut tales of characters such as Slam Bradley, Air Wave, the Boy Commandos and the Martian Manhunter. Bonus features include an unpublished story by Paul Levitz (who’s editing the volume) and Denys Cowan, as well as Lew Sayre Schwartz’s layouts for a story from Detective Comics #200. There will also be the requisite collection of essays, from folks like Denny O’Neil, Cory Doctorow, Neil Gaiman, Glen David Gold, former San Diego police chief Shelley Zimmerman and former DC colorist Anthony Tollin, who’s writing about the Darknight Detective’s pulp roots.

DC didn’t include a complete story list but the publisher did say the book will include the debuts of Batman (natch), Robin, Batwoman, Bat-Mite, Batgirl, Two-Face, the Riddler, Clayface and Man-Bat.

All of that makes sense, but — at least for argument’s sake — if you want to check out our list of 13 ESSENTIAL BATMAN STORIES FROM DETECTIVE COMICS that should be included, click here.

— Detective Comics #1000 will feature a lead story by the new creative team of Peter Tomasi and Doug Mahnke. Much like Action #1000, there will also be a series of celebratory back-ups, with creators such as Geoff Johns, Brian Michael Bendis, Paul Dini, Christopher Priest, Denny O’Neil, Neal Adams, Kelley Jones, Dustin Nguyen, Alex Maleev and more. As DC puts it, the issue will include a “never-before-seen iteration” of the Arkham Knight, for those of you into the Batman video games.

DC didn’t announce whether there will be decade-by-decade tribute variant covers but I have to imagine they’ll be part of the deal. Not everything’s being announced at once.

Oh, and DC tells me that although O’Neil and Adams are both listed in the credits, they’re not working on the same story. That’s too bad. Detective #1000 would be the perfect occasion to reunite one of the most important creative teams in comics history, let alone Batman history. 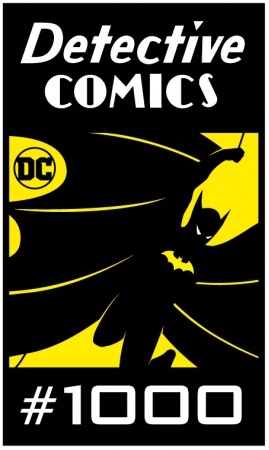 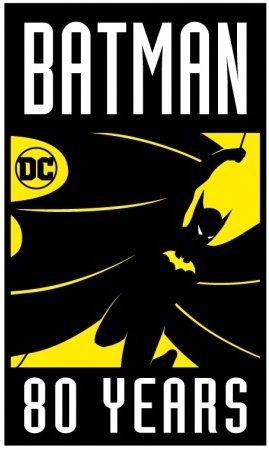