Last month, we gave you a little glimpse at what DC has planned to celebrate Batman’s 80th anniversary early next year. Click here to check it out.

Well, DC has decreed today Batman Day, so it’s the perfect time to give you an EXCLUSIVE update on the Detective Comics: Before Batman Omnibus volumes we mentioned: The publisher on Monday will be soliciting these as a single, two-book, slipcased edition: 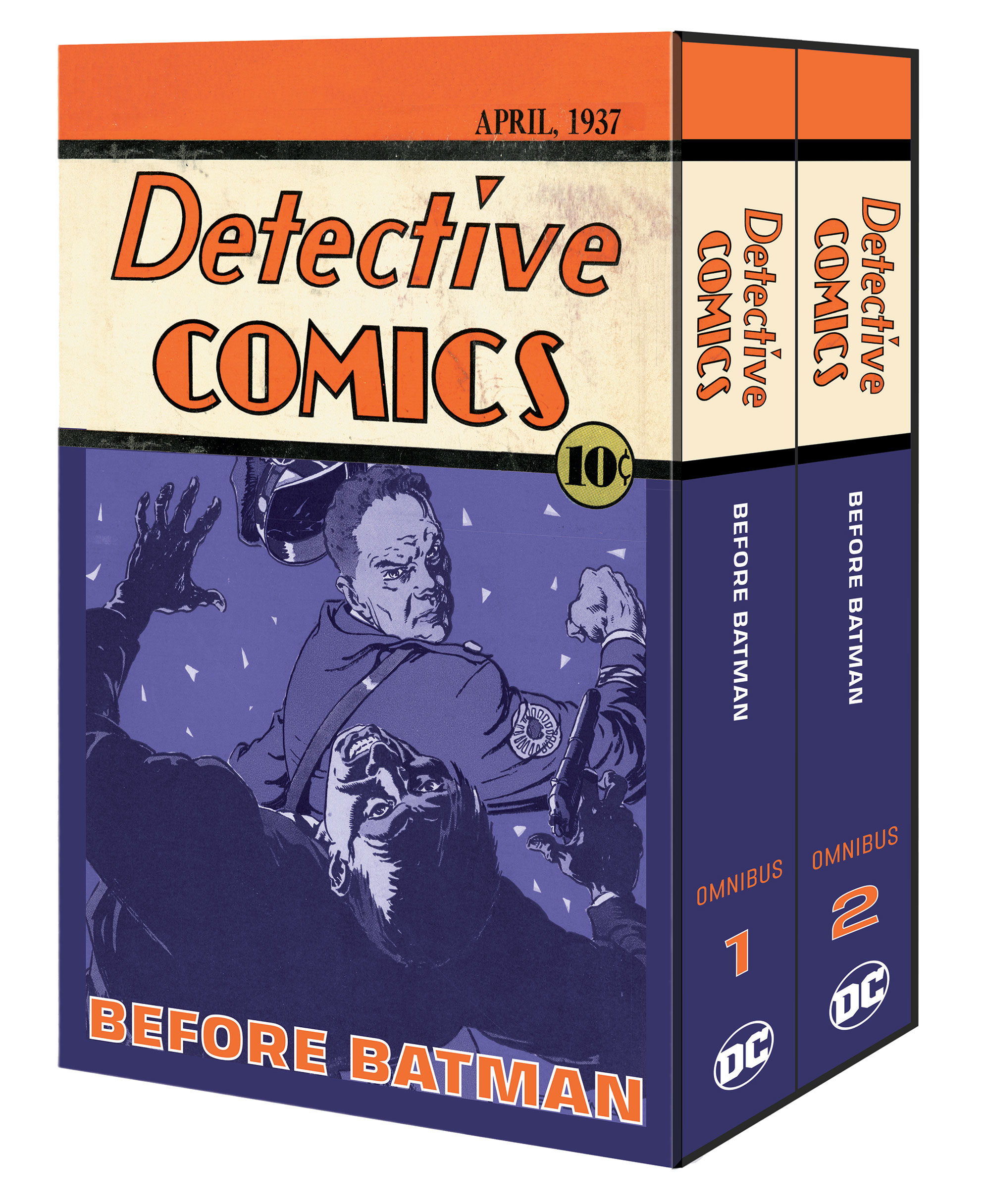 Written by JERRY SIEGEL, MALCOLM WHEELER-NICHOLSON and others

Art by JOE SHUSTER, FRED GUARDINEER, BOB KANE and others

DETECTIVE COMICS exploded in 1939 with the debut of Batman in issue #27—and now, for the first time, DC reprints the first 26 issues of this groundbreaking series, almost none of which have ever been reprinted before, in a two-volume slipcased set! The first volume, collecting issues #1-13, stars crime-fighters like Slam Bradley, Bart Regan, Speed Saunders and more! And Volume Two, collecting issues #14-26, stars characters like the Crimson Avenger, Fu Manchu and more!

Please note that these stories will be scanned directly from original copies of these issues.