Our bud Arlen Schumer’s lecture series continues Thursday with a topic dear to my heart.

Arlen’s been making our scene a lot lately and I wanted to give a special shout-out to this installment of his lecture series:

Not in Gotham? No matter: It’ll be live-streamed at www.artonagallery.com!

“On the occasion of the 75th Anniversary of Batman’s first published appearance in May 1939, I discuss the behind-the-scenes origin of the character, with specific attention paid to the unsung co-creator role of Kane’s writer and partner, Bill Finger. This logo image is based on Kane’s first “Bat-Man” sketch that he showed to Finger before Finger made all the suggestions that “…made Batman, Batman!”

You can also check out a piece Arlen did on “Bat-Man” for Alter Ego mag some years back. Aaaand, tune in Wednesday night May 14 at 8pm EST for his Google Hangout, one-hour chat (courtesy of Midnight Media Capture), where he’ll give a sneak preview of his gallery talk. For more info on the Hangout, click here. 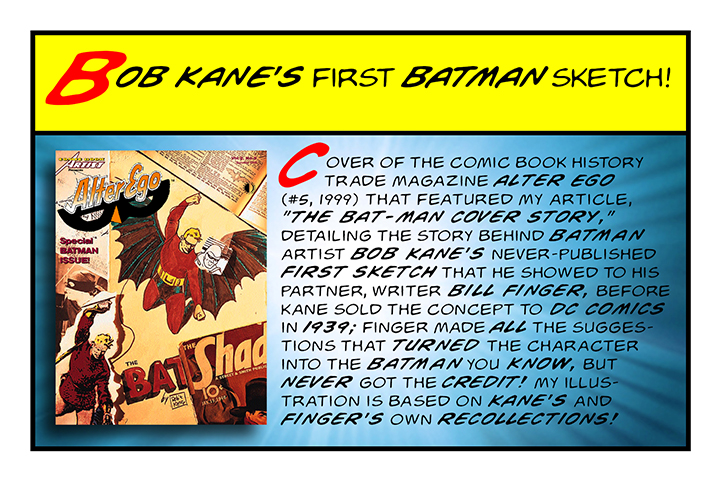