All four parts in one place — featuring Claremont, Golden, Cockrum and Smith… 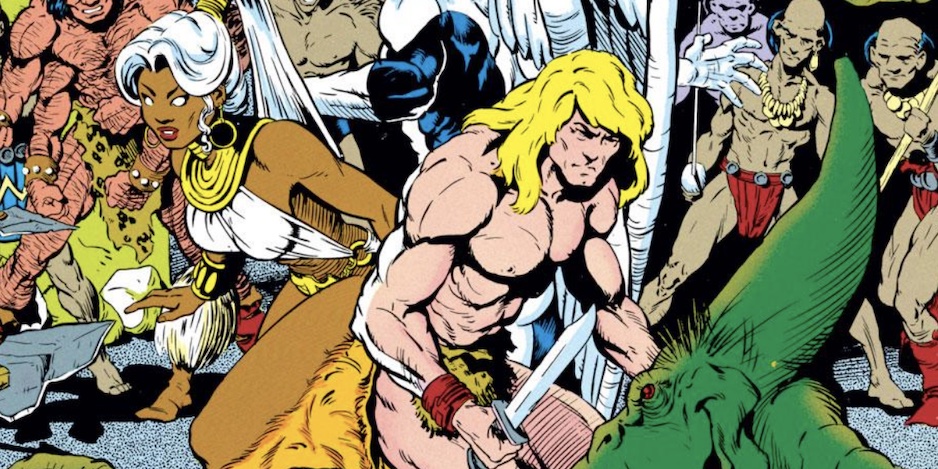 Marvel’s solicitations were released this week and tucked into the usual fare was this little nugget — the one-shot Ka-Zar: Marvel Tales #1, which will collect stories from the first four issues of the 1980s fan-fave title Marvel Fanfare. 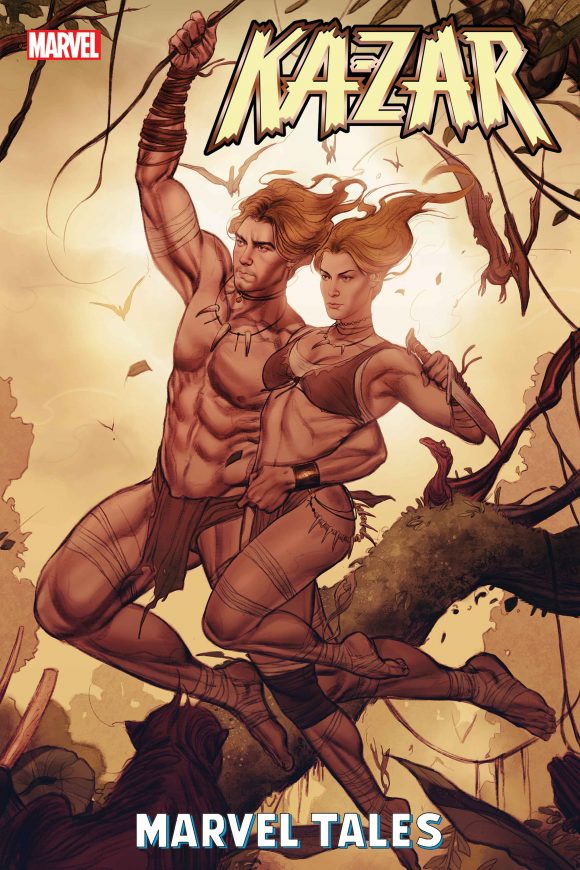 Ka-Zar and his faithful friend Zabu leap into action as we celebrate the legacy of the House of Ideas with MARVEL TALES! This anthology series shines a spotlight on fan-favorite characters, features timeless stories and highlights some of Marvel’s most impressive talent from the past eight decades. Legendary X-Men scribe Chris Claremont and a trio of acclaimed artists — Michael Golden, Dave Cockrum and Paul Smith — present one of the best-looking Savage Land sagas of all as Ka-Zar teams up with Angel, Spider-Man and the X-Men in stories from MARVEL FANFARE (1982) #1-4! It starts with a search for the man once called Sauron — but when Angel and Spidey undergo a monstrous transformation, the jungle lord will face the consequences! As Sauron soars once more, the X-Men fall victim to the winged menace — and Ka-Zar must ride to the rescue!

— There’s a new cover, obviously, but here are the first four covers from the original series, which launched in late 1981: 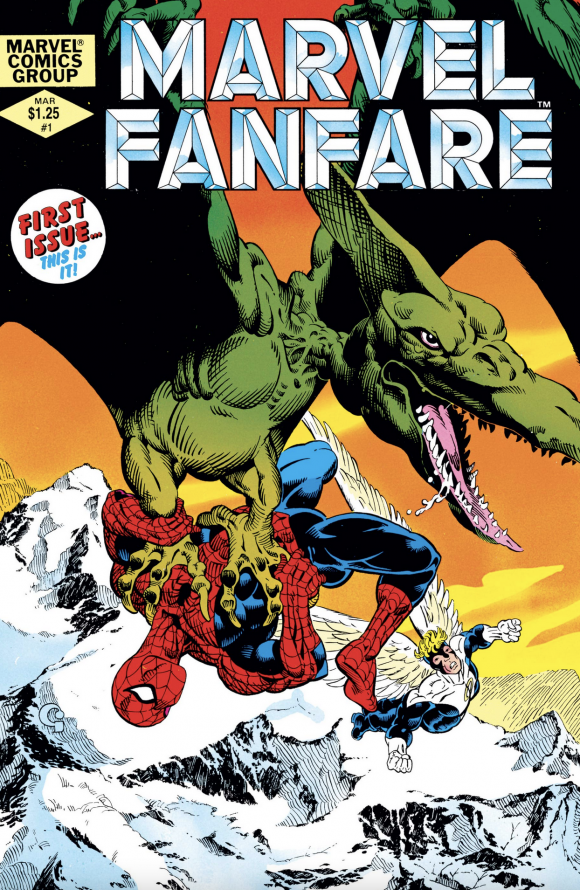 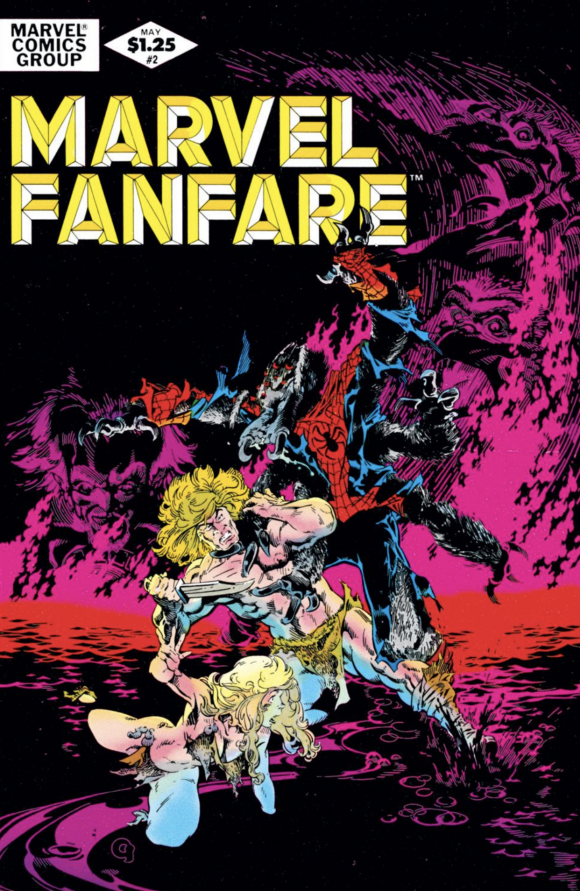 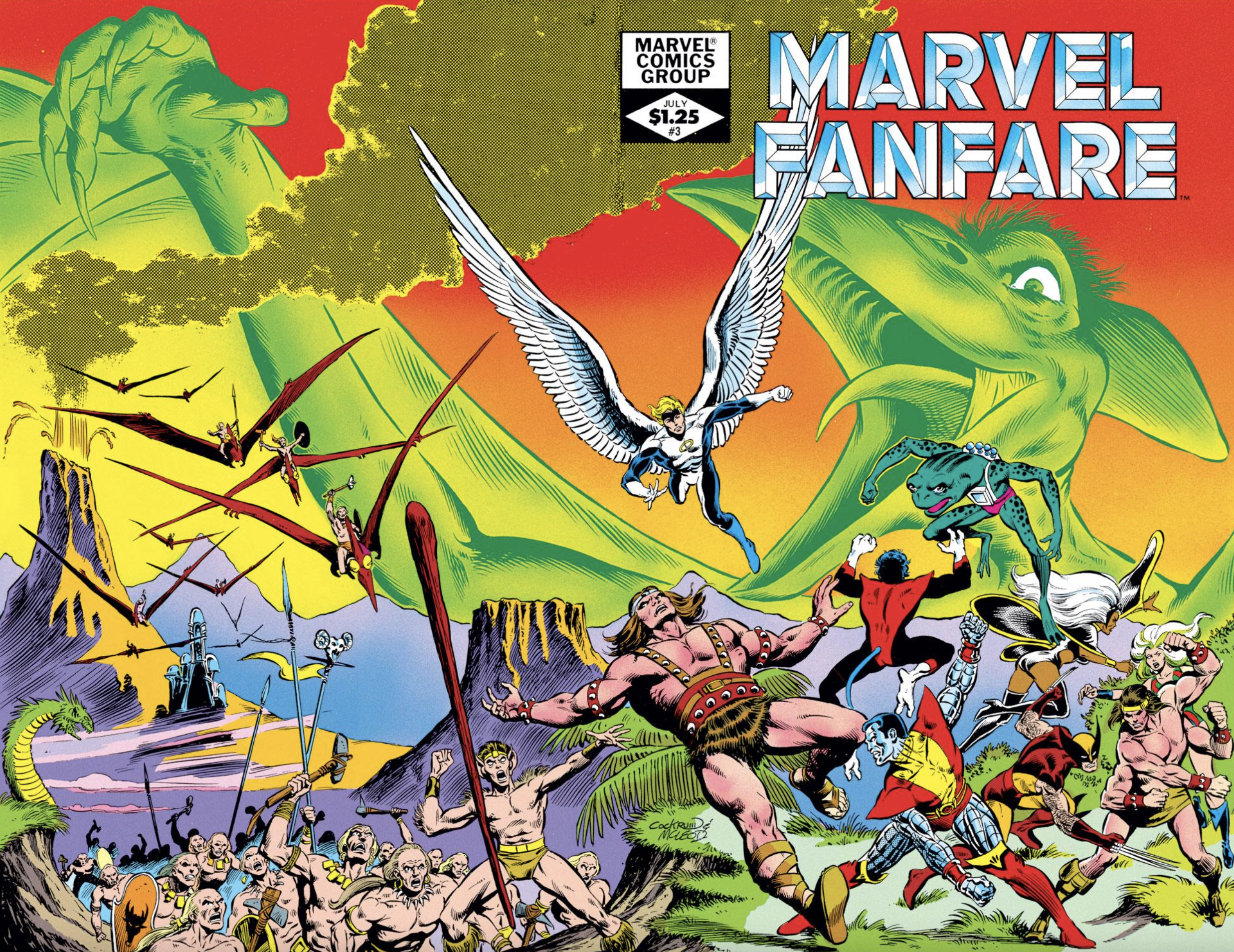 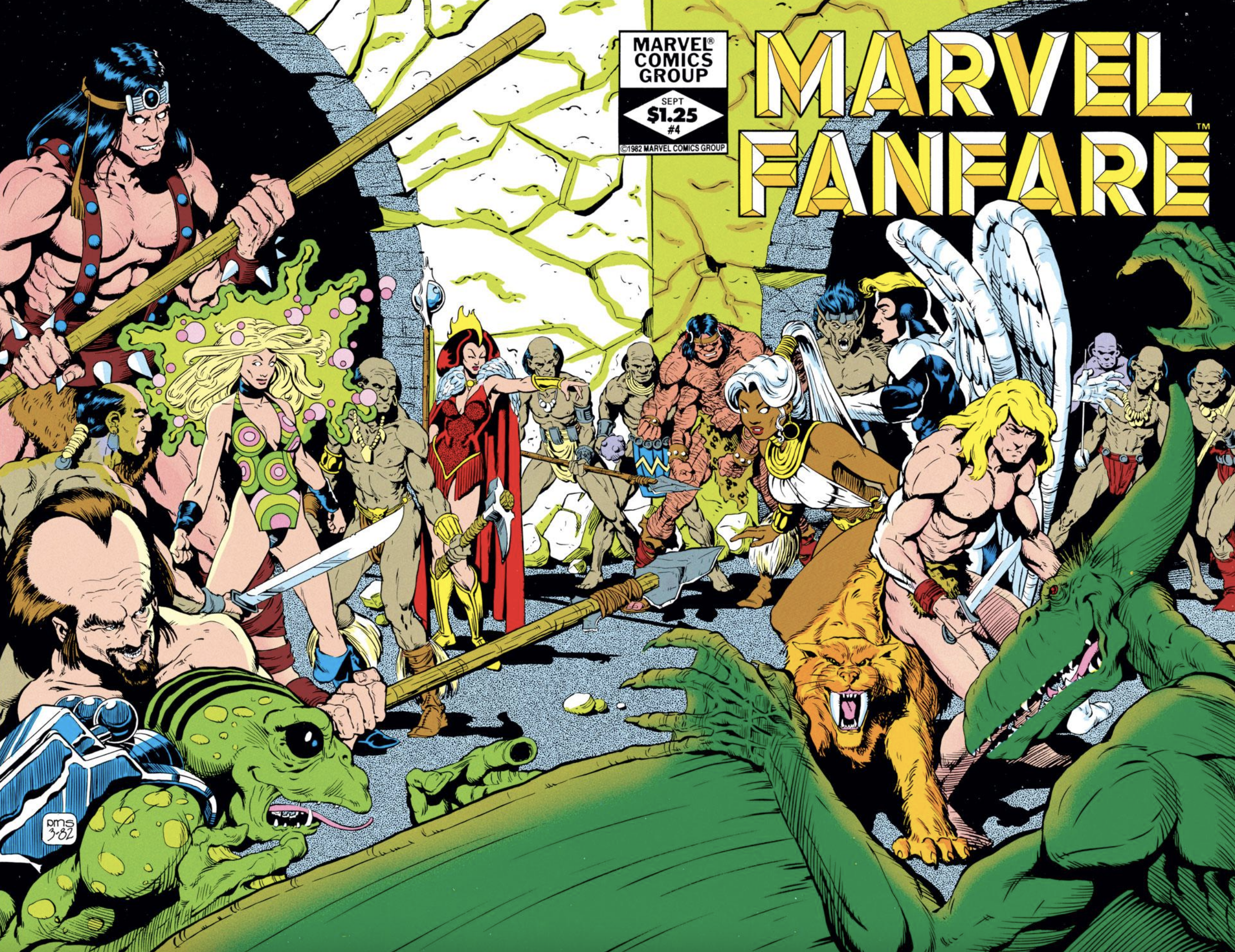 — There hasn’t been a Marvel Tales issue in a while. It’s not clear if this is just a cool one-off or a restart of the title. There’s also a Facsimile Edition coming in September after a months-long drought: Ultimate Fallout #4 — aka 2011’s first appearance of Miles Morales. It’s priced at $3.99 and is due Sept. 1.