Plus Killraven gets his first Epic Collection! And MORE! 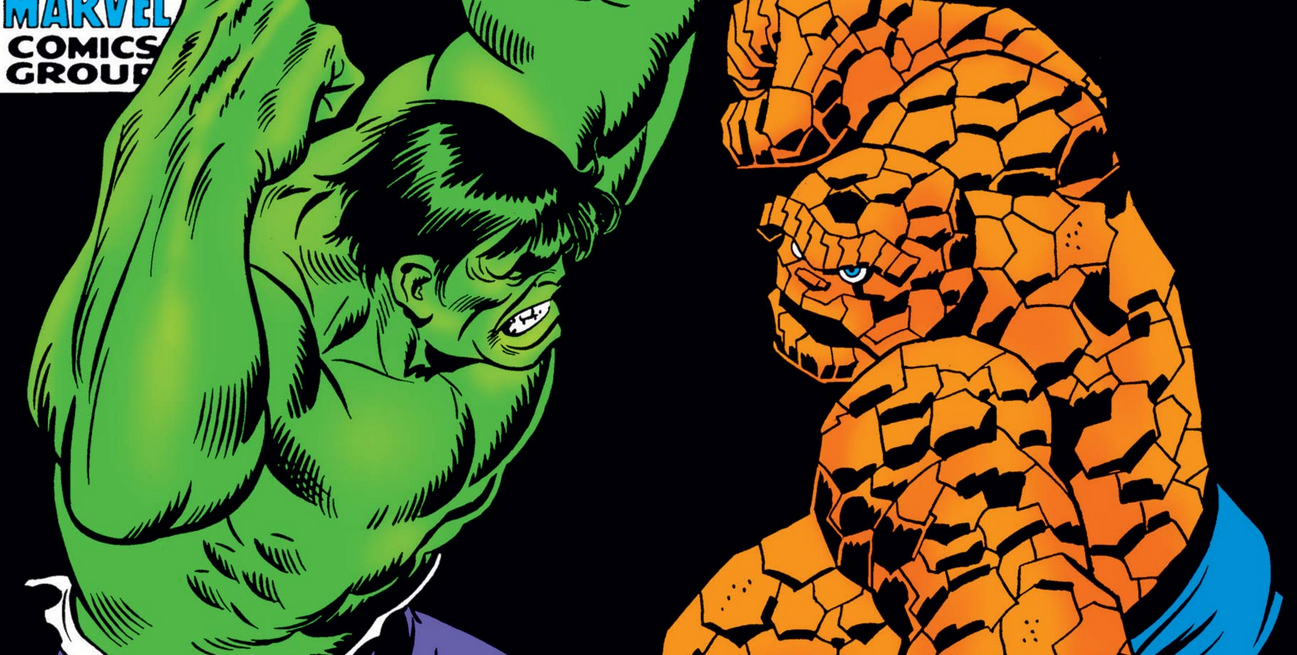 Last month, we reported that a big hole in Marvel’s Amazing Spider-Man Epic Collections will be filled this fall when the House of Ideas releases Vol. 6, featuring the death of Captain Stacy.

You can click here for the details, but now we have fresh info on half a dozen other collections also headed your way after summer fades, featuring the Fantastic Four, Hulk, Killraven and more.

Check out these titles, due by the end of the year, according to Hachette, which handles Marvel in the book market. 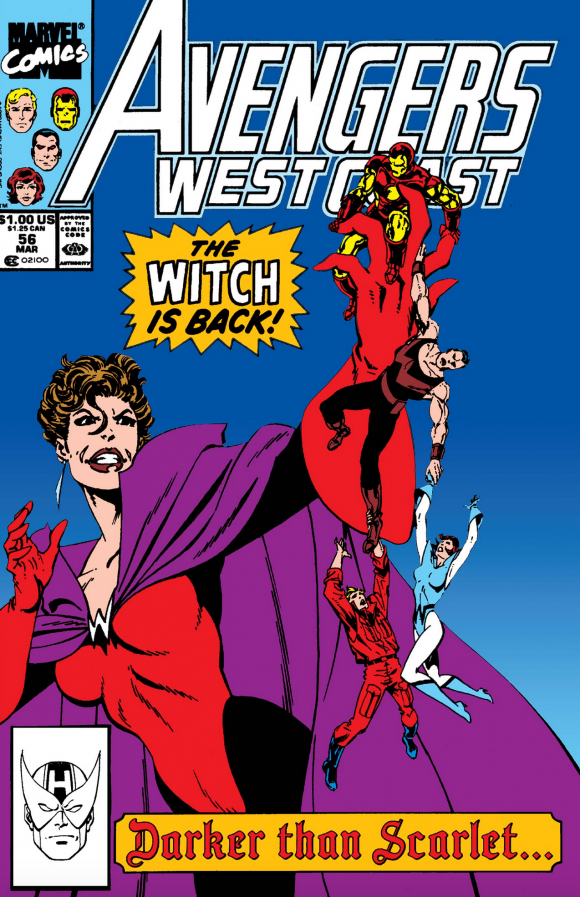 Creators: John Byrne and others

Description: The Witch is back! After months of trauma, the Scarlet Witch suffers a nervous breakdown — and descends into madness. Manipulated by Magneto, Wanda has turned on her teammates! Can the West Coast Avengers save her sanity — and themselves? And what is Immortus’ interest in Wanda’s breakdown? The future is at stake in this pivotal tale in the saga of the Scarlet Witch! And, when Loki unleashes his Acts of Vengeance, the East and West Coast teams will be besieged by unfamiliar foes! Both squads of Avengers must come together to defeat Loki’s villainous Inner Circle of some of Marvel’s biggest and baddest! Plus, Hercules lends a hand in a clash of the titans, Terminus style! 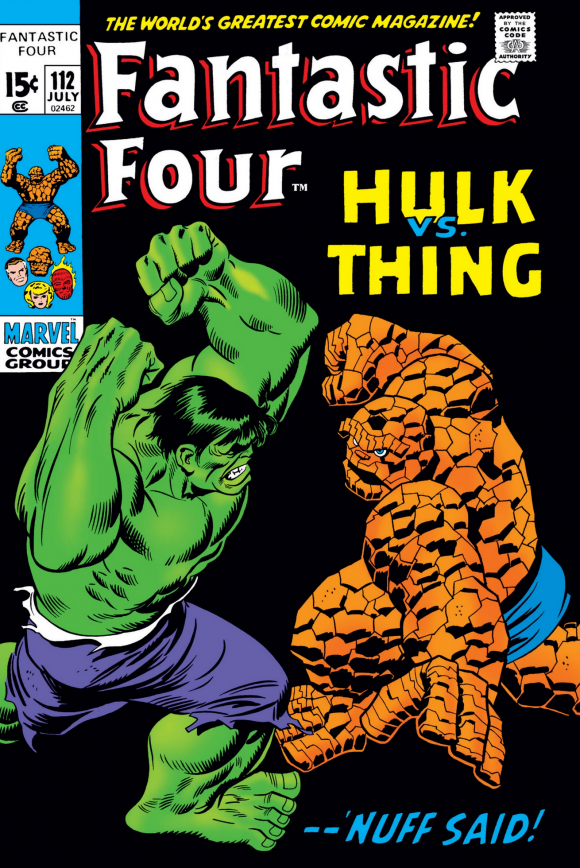 Description: Only an artist as immortal as John Buscema could fill Jack “King” Kirby’s Galactus-sized shoes on Fantastic Four! “Big John” joins Stan the Man on a timeless run in this collection of FF from the early ’70s: Johnny Storm and Crystal develop their romance, while Ben Grimm learns to change into Thing at will; Reed Richards takes on Annihilus and Janus in the Negative Zone, and none other than Doctor Doom teams up with the FF to face the awesome threat of the Over-Mind! Plus: Gabriel the Air-Walker debut as Galactus’ new herald, and he’s arrived on Earth to force the Silver Surfer to submit to the Big G’s will—or the Earth dies! All this plus the return of the Monster from the Lost Lagoon! 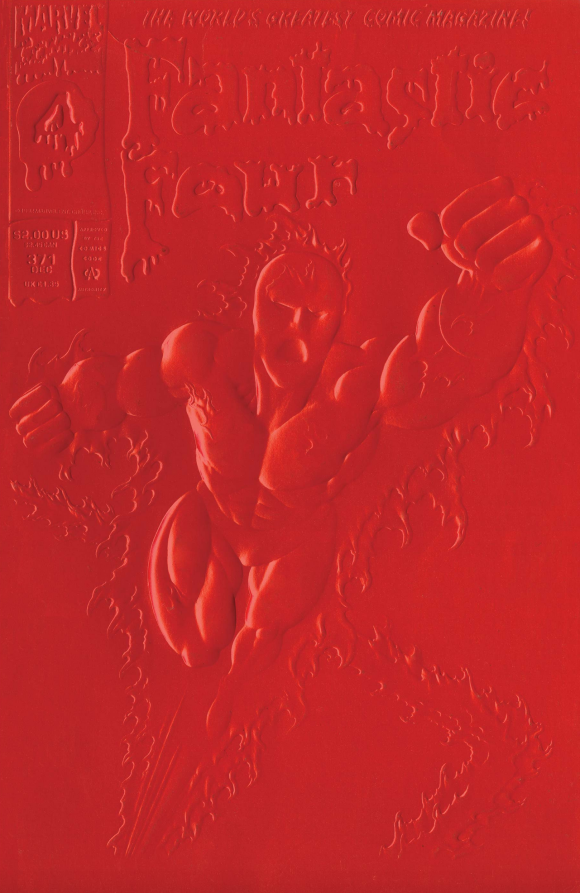 Description: From the Inniverse to Infinity War! When interdimensional warlord Occulus targets Sue and Franklin, what strange change will Franklin undergo? Then, as the Magus unleashes his army of twisted doppelgangers on Earth and the foursome battle their evil duplicates, the Invisible Woman must face the dark side of her psyche: Malice! When a cabal of cosmic villains ambushes the Human Torch, he panics — and does the unthinkable! Johnny Storm becomes a fugitive from justice, and his plight brings the “new Fantastic Four” team out of the woodwork…but the Thing’s battle with Wolverine will leave long-lasting — and very literal — scars! And when Uatu summons our heroes to the moon, what has forced the Watcher to break his vow of non-interference? What else…but Doom?! 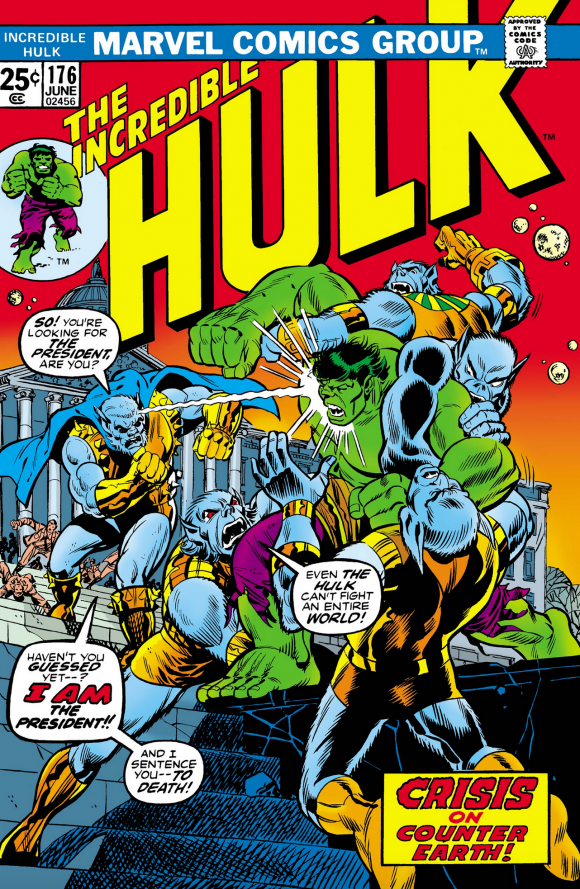 Description: Hulk takes a trip to Counter-Earth where he confronts his most-hated enemy—Bruce Banner! Add in the Rhino and the Abomination and the action and drama can’t be contained. Then, he heads north to Canada where the X-Men’s Mimic returns and the Wendigo makes his first appearance. The drama continues when Betty Ross is mutated into the Harpy. Next, the Green Goliath sets out on a path of revenge against a murderer’s row of earth-shaking enemies including Juggernaut, Cobalt Man and a return encounter with Rhino and Abomination. Finally, Hulk lands in Attilan, where the Inhumans are forced to launch Hulk into deep space to prevent the destruction of Attilan. He’ll land on Counter-Earth, where a saga with the messianic Adam Warlock awaits! 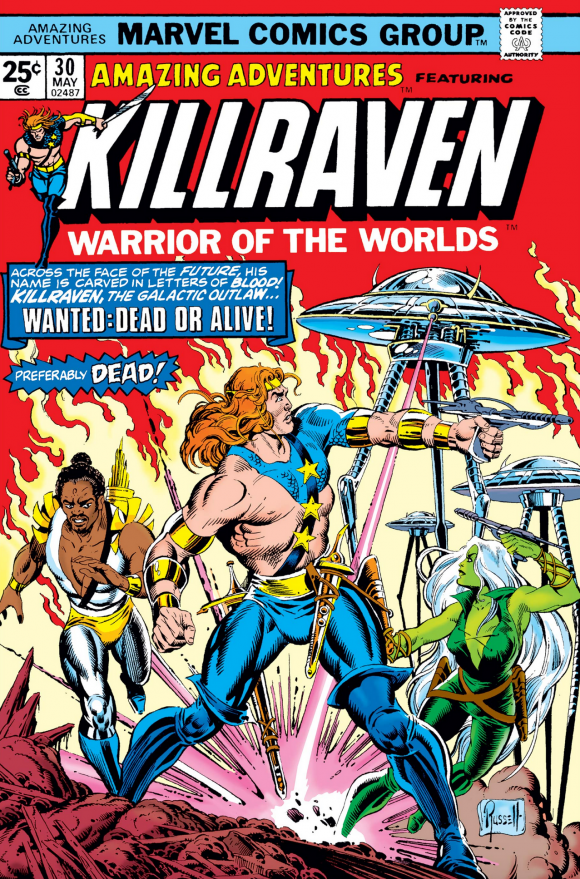 Description: It is the year 2018. The Martian invasion of Earth has left our planet shattered and humankind enslaved. In this post-apocalyptic nightmare rises Killraven, a man obsessed, a hero with a singular mission — free Earth! Writer Don McGregor and artist P. Craig Russell took on Killraven’s mission, and together they crafted one of the most compelling, nuanced comic art masterworks of 1970s. Killraven and his band of Freemen rebels strive, battle and love with a humanity utterly exciting and uniquely touching. The complete Killraven sci-fi action opus is collected in this incomparable Epic Collection. Each page has been beautifully restored, including the saga’s graphic novel conclusion. 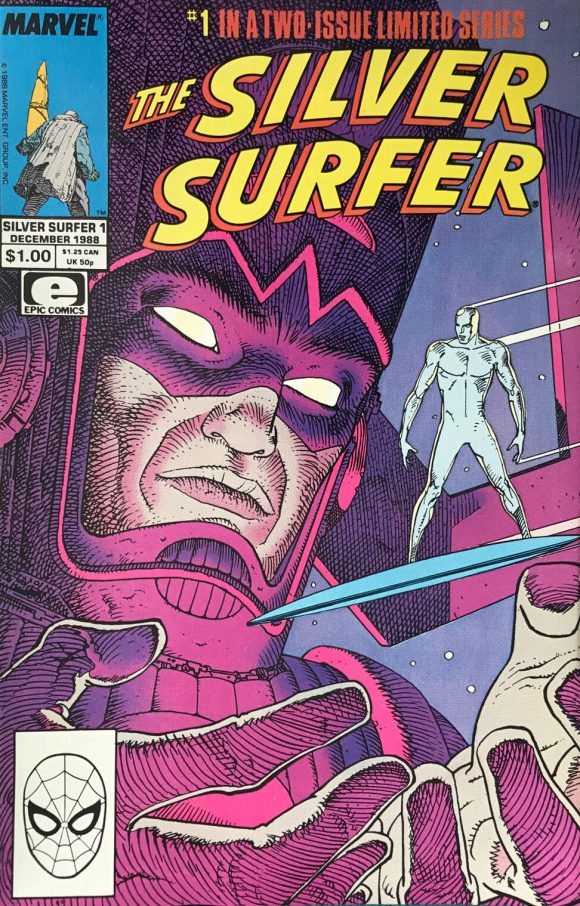 Description: Timeless tales of the Silver Surfer! Galactus’ latest meal, the powerful Elders of the Universe, isn’t sitting well — and only the Surfer and Fantastic Four can cure his fatal case of cosmic indigestion! Meanwhile, Norrin’s relationship with Nova hits the rocks thanks to Firelord; Ego the Living Planet seeks to consume the Surfer; and a Kree/Skrull conflict builds to a boil! Plus, the incomparable Stan Lee returns to script two standout sagas: Mephisto bedevils the Surfer in a graphic novel drawn by the legendary John Buscema! And visionary talent Moebius illustrates a thoughtful epic, wherein the only one who can stop Galactus from leading mankind to its doom…is the Silver Surfer!

— Hachette also listed Conan the Barbarian Epic Collection: The Original Marvel Years — Queen of the Black Coast, which is likely Vol. 4 in that set. No details were available other than the Dec. 14, 2021, sale date; the $39.99 price; and the 360-page count.

— I expect more Epic Collections will be listed soon and we’ll update you when that happens.