Classic PLANET OF THE APES OMNIBUS Coming From MARVEL in 2023 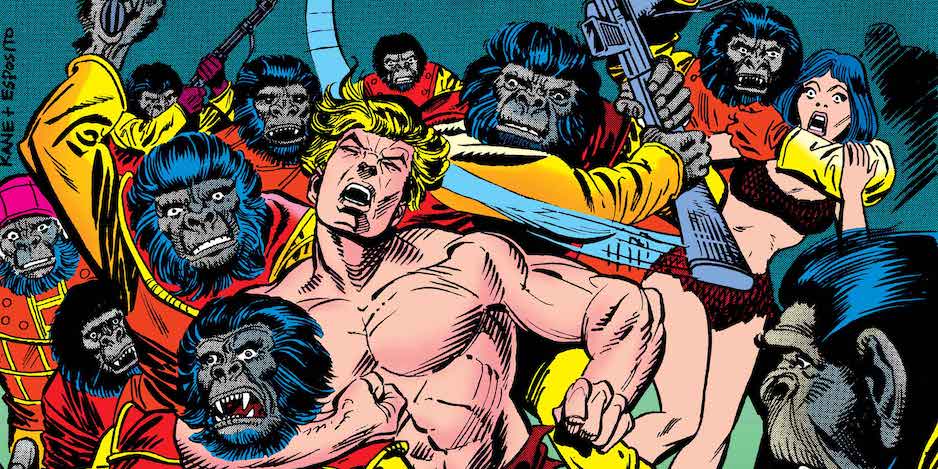 Last week came the news that Marvel had reacquired the Planet of the Apes license and would begin producing new stories in 2023. One of the immediate questions, however, was how the publisher would handle its 1970s back catalogue.

Now, we have the first bit of info: The Planet of the Apes Adventures: The Original Marvel Years Omnibus, collecting the 11-issue color series, will be released next year.

Dig this excerpt from the official press release: 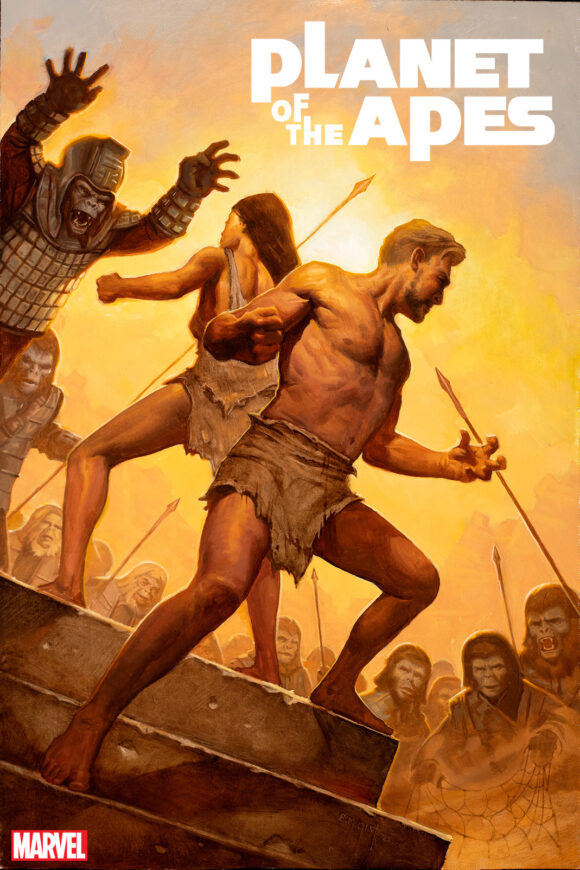 This rare collection will reprint all eleven issues of ADVENTURES ON THE PLANETS OF THE APES for the very first time! The beloved 1975 series adapted the first two iconic Planet of the Apes films and hold a special place in the hearts of Planet of the Apes and Marvel Comics fans alike!

When a crew of astronauts crash-lands on a strange and desolate world, they discover a society of apes with heightened intelligence and speech! And here, a race of mute humans are their slaves! Can the mission’s leader, Taylor, fight his way free and hold onto his humanity? What is the shocking secret of this Planet of the Apes? And what unfathomable danger lies beneath the surface? Find out when a second spaceship makes its way to this uncanny world and another astronaut faces a battle for survival, with the fate of the entire planet at stake! 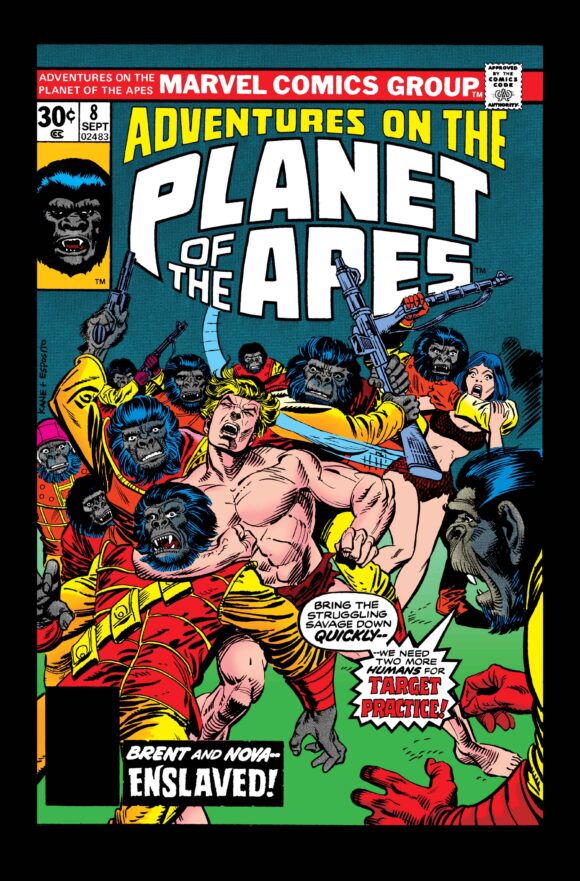 — But what about the mags themselves? Boom! Studios produced a four-volume hardcover series that collected the run a few years back and it’s now out of print. Hopefully, this is a sign that Marvel will get the mags back into readers’ hands in some fashion.

— The omnibus will come with two covers: One by E.M. Gist and one based on Gil Kane and Mike Esposito’s Issue #8 cover. (See above.) The release date and price have not been announced.

— Hey, how about a Facsimile Edition of the first POTA mag? That’d be cool, right?