Scott and Dan pick the comics they’re most looking forward to… Scott Tipton, contributor-at-large, 13th Dimension Aquaman: Deadly Waters, DC. It’s the third collection of DC’s Aquaman Bronze Age dream team of writer Steve Skeates and artist Jim Aparo, with covers by the great Nick Cardy! — Captain Marvel: The Many Lives of Carol Danvers TPB, Marvel. From Ms. Marvel to Binary to Warbird to Captain Marvel, all of Carol Danvers’ amazing identities are celebrated in this new trade collection. — Marvel Masterworks: Fantastic Four, Vol. 22, Marvel. This is the prime era of the John Byrne Fantastic Four run, when both his writing and his art were at their absolute best. Plus some Byrne rarities from What If? and Marvel Fanfare! — Dan Greenfield, editor, 13th Dimension Star Wars: The Action Figure Variant Covers #1, Marvel. One of the most inventive variant runs ever has been John Tyler Christopher’s Star Wars action-figure covers for Marvel. Now they’re collected! And, yes, there’s a variant cover for this one too. — Detective Comics #1025, DC. I’m “semi-retired” from new comics, but I haven’t given up Detective. It’s Batman and Batwoman vs. the Joker and his henchmen in this Joker War tie-in. By Peter J. Tomasi, Ken Rocafort and co. — Hawkman #26, DC. It’s nice that Hawkman has lasted 26 issues, isn’t? All credit to Robert Venditti, who has had a clear-eyed vision of the Winged Avenger from the start. Art by Fernando Pasarin, Oclair Albert and crew. — Batman 80th Anniversary Series Pull Back Car: 1966 TV Version, Beast Kingdom. I have more ’66 Batmobiles than you can shake a satin blue glove at but I love that this one looks like one of those mini rides that you’d see outside the supermarket. The ones that would cost you a quarter a ride. This 2 1/2-inch-long pull-back car runs about...

Scott and Dan pick the comics they’re most looking forward to… — Scott Tipton, contributor-at-large, 13th Dimension GI JOE: A Real American Hero #273, IDW. GI JOE legend Larry Hama has been telling his epic Snake Hunt storyline for almost a year, and it’s rapidly building to a climax, with practically every character Hama has ever created making a return appearance. It’s nuts and I love it. Get in on it before it’s done. Art by Robert Atkins. — Ragnarok: The Breaking of Helheim #6, IDW. Walt Simonson finishes up the current chapter of his new deep dive into the Norse legends of Thor and Asgard. Walt’s love for this material oozes from every gorgeous page. — Maestro: Future Imperfect: Marvel Tales #1, Marvel. I think Peter David and George Perez’s Future Imperfect is one of those overlooked classics: Their clever reversal of The Terminator, with the Hulk being brought to the future apocalypse to face his older despotic self, is one of my favorite books of the ’90s. Glad to see it back in print, and so affordable at $7.99. (Click here for an SNEAK PEEK.) — Solomon Kane: The Original Marvel Years Omnibus, Marvel. I don’t know what it was, but something about the Solomon Kane comics really creeped me out as a little kid. I’m looking forward to going back today and finding out why. — Dan Greenfield, editor, 13th Dimension Conan the Barbarian Epic Collection: The Coming of Conan, Marvel. Roy Thomas and Barry Windsor-Smith’s groundbreaking introduction of Conan to Marvel begins here. One of the Bronze Age’s greatest classics. — Batman #96, DC. One of the few modern comics I’m still reading – because it’s Batman. Gotta keep up with what the kids are doing these days,... 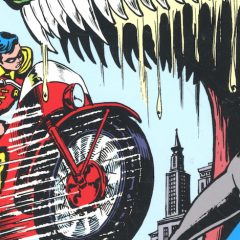 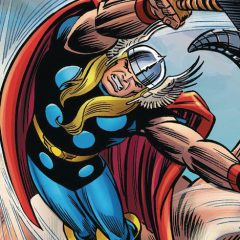 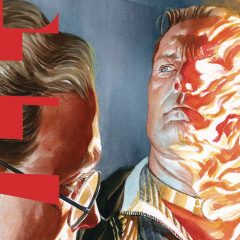 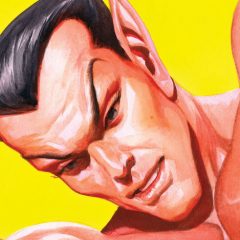 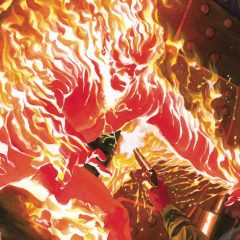 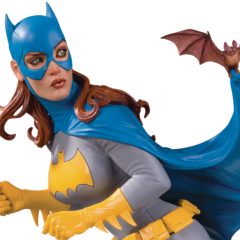