With new comics not shipping this week, Scott and Dan pick the comics they would have been looking forward to — decades ago… As you may know, Diamond has temporarily halted shipping new books to comics shops due to the coronavirus pandemic. It’s obviously unclear how long this will go on for and publishers are trying different tacks to get their goods out there. But in the short term, it’s hard to come up with a regular HOT PICKS! column. So what to do? Well, welcome to RETRO HOT PICKS! — a round-up of comics Scott and I would pick from the same week, only decades earlier. It was my wife Wendy’s idea, so yay Wendy! And my son Sam pulled together this groovy banner, riffing on his own creation above. For our first installment, Scott and I chose from the books that shipped the week of April 1, 1975 — to match this Wednesday’s date. (Comics came out different days of the week back then, but you get the gist.) Next week, it’ll be April 8 in some other year — and on and on until things get back to normal. (Or who knows — if this becomes popular, maybe we’ll keep doing it just for kicks. Either way, it makes a fine companion to our new feature BRONZE AGE BONANZA! Click here.) In the meantime, dig RETRO HOT PICKS! On Sale This Week — in 1975! First, we’ll set the scene: Gerald Ford was president. The top pop song in America was Lady Marmalade by Labelle, Escape to Witch Mountain was popular at the box office and All in the Family was the biggest show on TV… — Dan Greenfield, editor, 13th Dimension The Joker #2, DC. I got this around the time it came out. I was beyond intrigued by the idea of a Joker solo and to this day believe that The Joker #1 was one of the most underrated Bat-comics of the ‘70s. So I was excited for Issue #2 – which turned out to be the weakest link in the nine-issue run. But, hey, it’s still a goof to check out! Adds Scott: This was a weird experiment from DC at the time, giving the Joker his own solo series. It was made even weirder by the fact that the Comics Code Authority...

Scott and Dan pick the comics they’re most looking forward to… — EDITOR’S NOTE — Hey, folks: We make these HOT PICKS recommendations without urging you to go to the store. You might want to call them about putting books aside and offer to pay up front, so they don’t end up eating the comics. Or if your store has mailing options, you might want to look into that too. Do what you can to support your favorite store (buy a gift certificate for a later visit?) but do stay safe. There’s always the digital route if you just have to stay up to date but call your shop and ask how best you can remain a loyal customer in a time of crisis. Supporting small businesses is important in these uncertain economic times. ALSO: Evidently, comics shops will be allowed to sell this week’s releases starting Monday, so check with your shop. UPDATED: Diamond Comic Distributors is temporarily halting shipments, beginning with books due out April 1 and later. Click here for the details. — Dan — Dan Greenfield, editor, 13th Dimension Tales of the Batman: Marv Wolfman Vol. 1, DC. Marv Wolfman picked up Batman from Len Wein in 1980 and gave us one of the greatest stories never collected before now: The Lazarus Affair, from Batman #332-335. That would be enough for me to get this volume, but there are a number of other stories in here, as well, including Batman: Year 3. (Click here for an INSIDE LOOK at The Lazarus Affair.) — From Beyond the Unknown Giant #1, DC. Now this is the kind of 100-Page Giant I want to see: A couple of new stories starring Green Lantern and Kamandi — plus a heavy helping of Bronze Age-yness. Dan Jurgens and Norm Rapmund have a new tale starring the Bronze Age Legion of Super-Heroes, plus there are reprints of 1974’s The Brave and the Bold #113 (Batman teams up with the Metal Men) and 1978’s DC Comics Presents #3 (Superman teams up with Adam Strange). There’s also Alan Moore, Bill Willingham and Terry Austin’s In Blackest Night from 1987’s Green Lantern Annual #3. — Detective Comics #1021, DC. I do dig the straightforward Batman stories we’re getting here from Peter Tomasi. By the way, the recent Detective Comics Annual #3, written by Tomasi,... 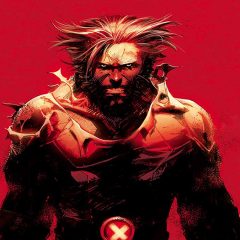 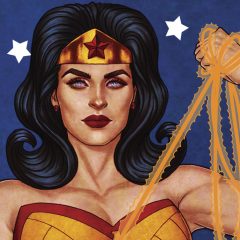 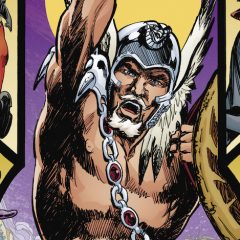 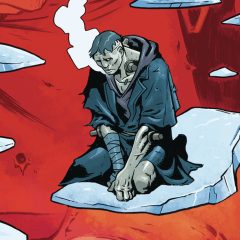 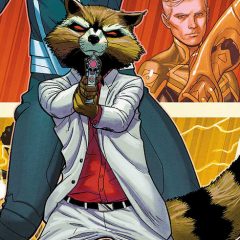 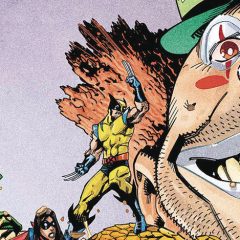