BATMAN’S HOT-LINE: To the Batcopter!

Here’s your chance to go up, up and away — wait, wrong hero — in the greatest ride in the sky!

If you’re within shouting distance of Gotham — i.e., the New York metropolitan area — now’s your chance to take a trip in the one, true Batcopter from the 1960s show.

Capt. Eugene Nock, pilot and owner, has brought the chopper back to the State Fair Meadowlands in New Jersey, until Sunday, July 6. The fair opened on Friday and for an extra price, you can take a trip in the vehicle enjoyed by Adam West, Burt Ward — and their stunt doubles — in the 1966 “Batman” theatrical release, as well as a handful of episodes of the show. 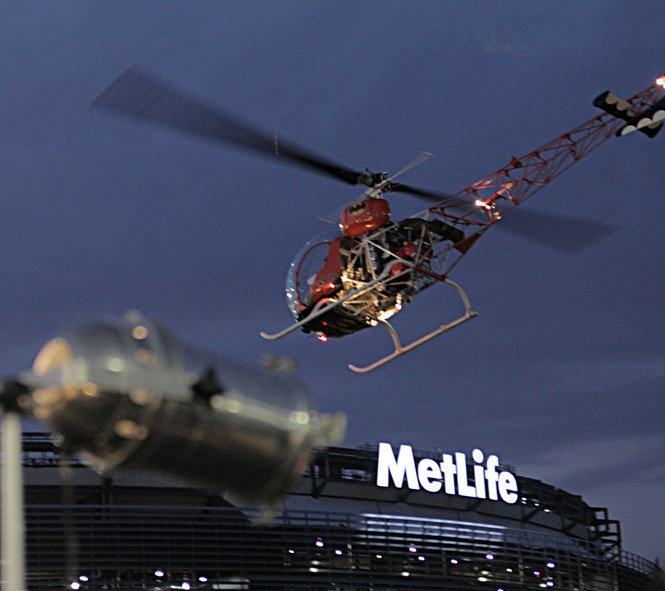 Now, I was lucky enough to hang out in the Batcopter — serial no. N3079g — last year, but the weather didn’t cooperate enough for a flight. Fingers crossed this time around!

Anyway, here are the hours and the prices sent to us by Capt. Nock, an affable guy who LOVES talking about the Batcopter:

Tours operate during fair hours, on weekends from 2 p.m. to 1 a.m. and weekdays from 5 p.m. to midnight, Nock tells me. It’s $40 per person for a single orbit tour and $60 per person for a double-orbit tour. He says the Batcopter usually holds up to two passengers at a time and for an extra $10, you can get a souvenir photo in the chopper. Here’s info on the fair itself. 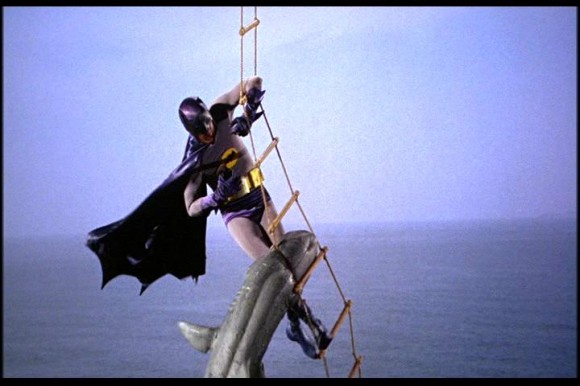 Encounter with shark not included.

BATBOOK OF THE WEEK: I tell you, I’ve really been digging Batman Eternal. Issue #12 comes out this week. There’s also Batman #32,  the penultimate issue of the yearlong Zero Year/New 52 Batman origin story. Gotta say, I was ready for this one to be over awhile ago, but I also gotta say I want a Zero Year Batman action figure. Purple gloves! Plus, there’s also Batman ’66 #12, with Marsha, Queen of Diamonds! And Catwoman #32, written by the awesome Annie Nocenti! And Harley Quinn #0: Director’s Cut. And Secret Origins #3, with Red Robin and Batwoman stories. And the delayed Justice League #31, featuring a Mike Allred Batman ’66-themed variant cover. Oh, and Back Issue Magazine #73, featuring Batman’s partners!

Hmm. Batman Eternal #12 gets the nod: 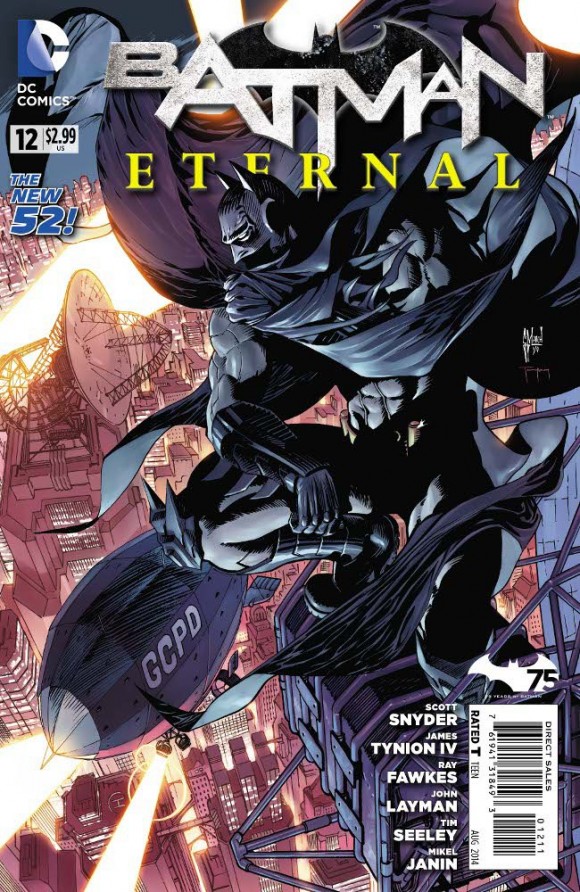 And while this is, technically speaking, my weekly Batcolumn, you know as well as I do that I can’t just write about Batman once a week. So here are some links to other stories from the last week or so: