Is there anything Batman ’66 we’re not going to see? 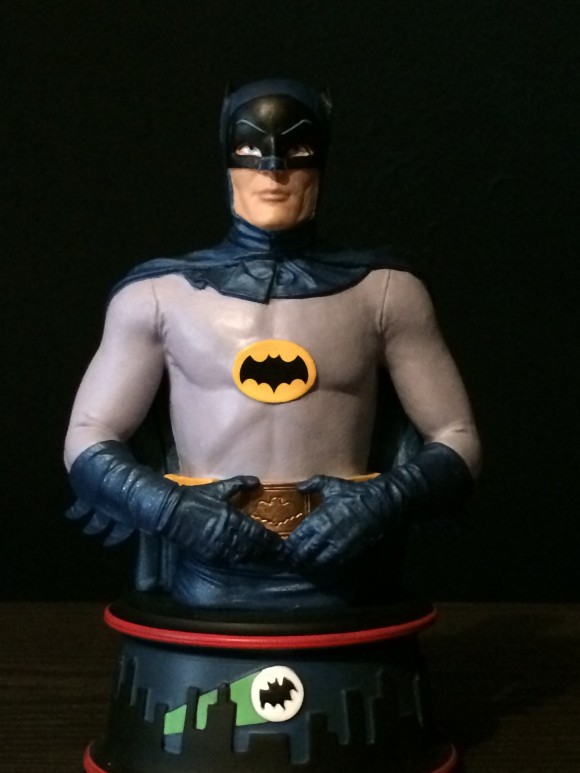 So many companies, so much STUFF! Since the Batman ’66 finally started hitting last year, we’ve seen wave after wave after wave of action figures, T-shirts, replica props, vehicles, on and on.

And now, Diamond Select Toys really steps into the fray with their series of $60 busts.

Right off the bat (no pun intended), I have to point out that I’m not a collector of busts. I have always been and ever shall be an action figure guy. A statue or a bust will have to be pretty cool for me to want it. Why? It’s the posability thing, I think.

But of course when it comes to Batman ’66, I’ll check out just about anything.

In this case, I think Diamond did a solid job. The pose is right, it comes in an attractive box and I love the base, which emulates the cartoon Gotham skyline you see under the show’s end credits. 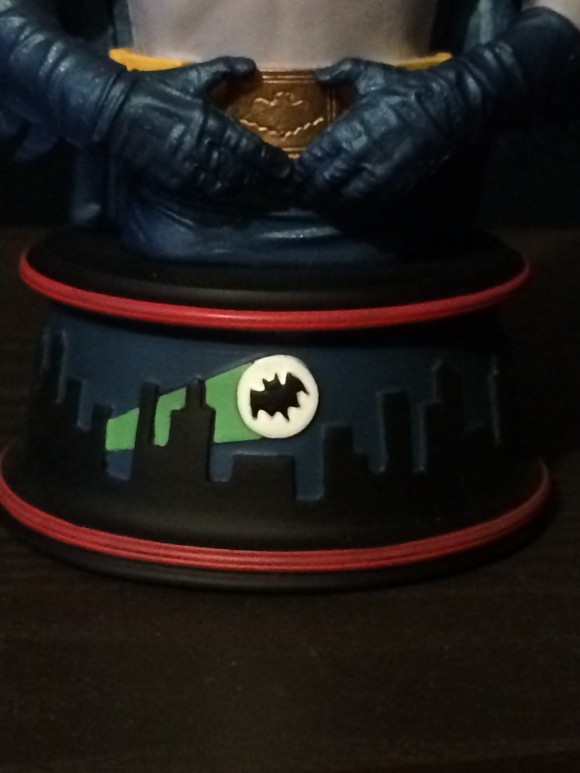 And a close-up look reveals that the skyline isn’t simply painted on, but sculpted. Holy Rodin!

Now, back to the figure itself, which is just under 6 inches tall and is limited to 3,000 pieces. Everything about it is well made, from the paint job to the folds in the cape. But it does look like the sculptor idealized Adam West’s build: His jawline is too sharp and he looks like he might have visited Jack LaLanne, after all. 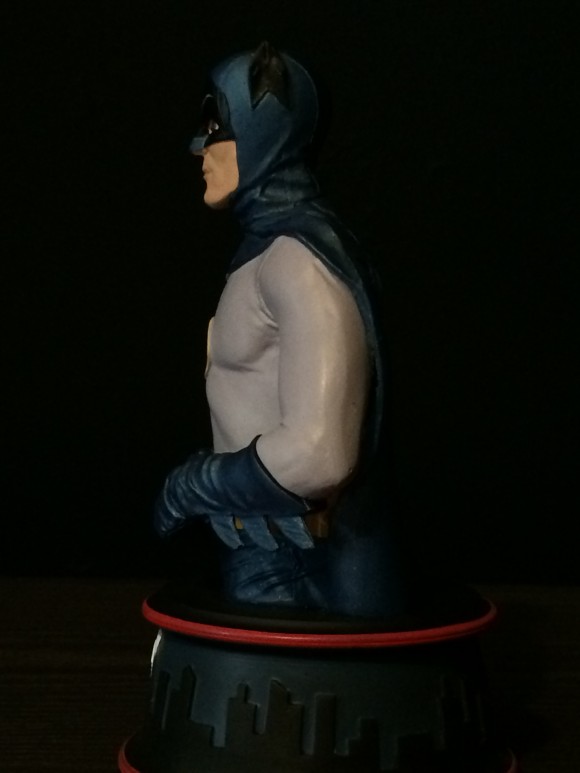 It certainly looks like Adam West, but it kinda looks like a cartoon version of him, which is an odd sentence to type when you think about it. That’s really the best way I can describe it, but look at the pix yourself.

Still, that shouldn’t deter you if you’re into collecting Batman busts or Batman ’66 merch. Because it is a neat little item for your Batshelf.