The sixth and final Batfan profile of BATMAN ’66 WEEK is Mark Racop, who builds Batmobile replicas. For a living.

We continue our profiles of Those Who Kept the Batsignal Lit, in anticipation of the 11/11 release of Batman on Blu-ray and DVD. (And, hey, check out my review of the set!)

Click here for my interview with Scott Sebring, Renaissance Batman. 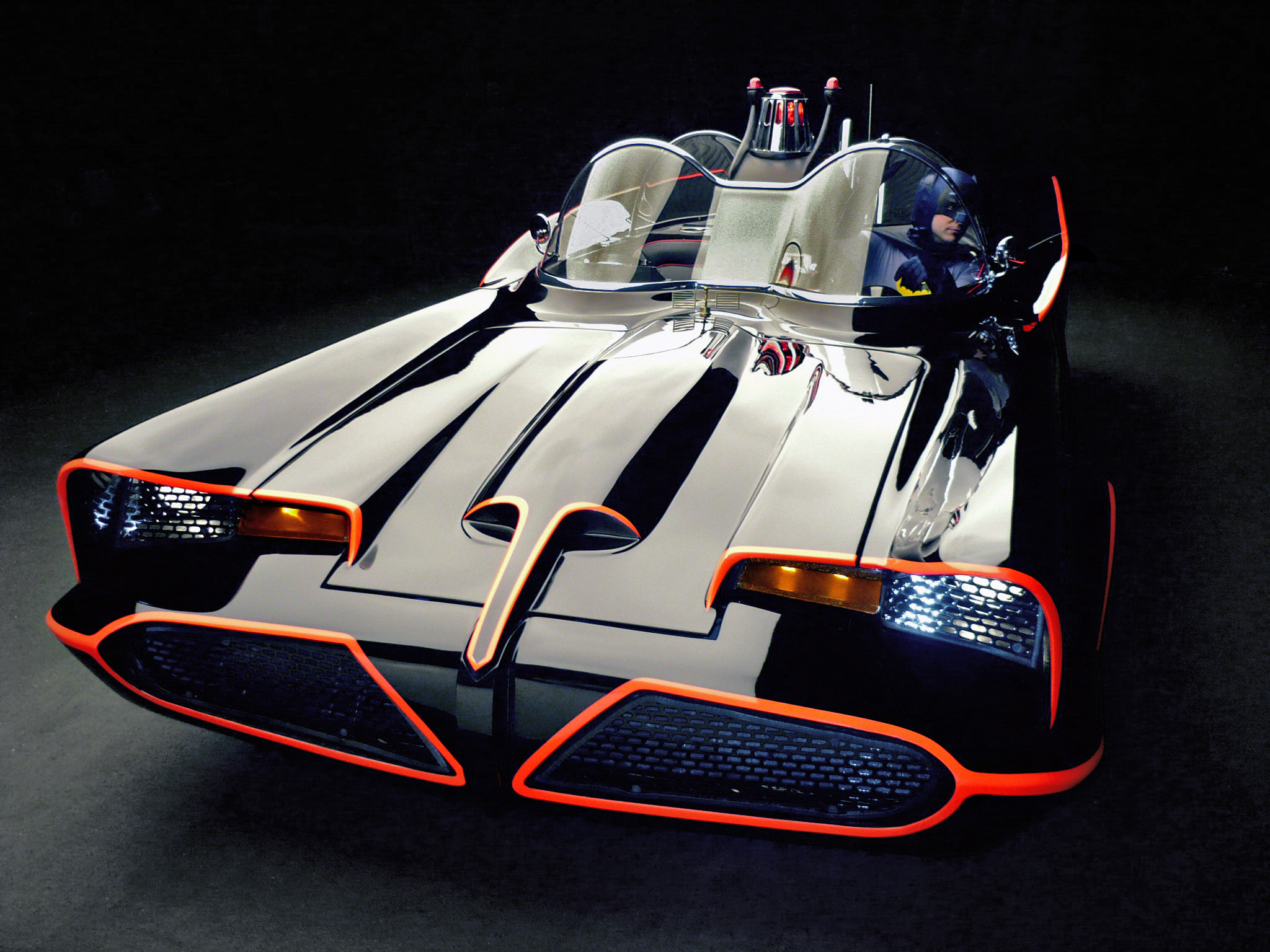 All pix, except those from the show, courtesy Mark Racop

Only George Barris can be called the King of the Batmobile. But Mark Racop, 49, is the prince. The Logansport, Ind., resident has a Bat-crew of  12 people that helps him build 1966 Batmobile replicas not just for fun, but for a living. He is the only holder of the official license to make 1966 Batmobile replica cars and parts.

“My occupation is more than just a job, it’s a mission,” Mark says. “I’ve been studying this car since I was 2 years old. I have over 14,000 photos, all 120 episodes on tape, and lots of video of the Barris cars in my archives. The Batmobile folder alone on my computer is almost 800 gigs. Yeah, you could say that I’m a little obsessed!”

What he really does is put some serious Bat-magic on four wheels. 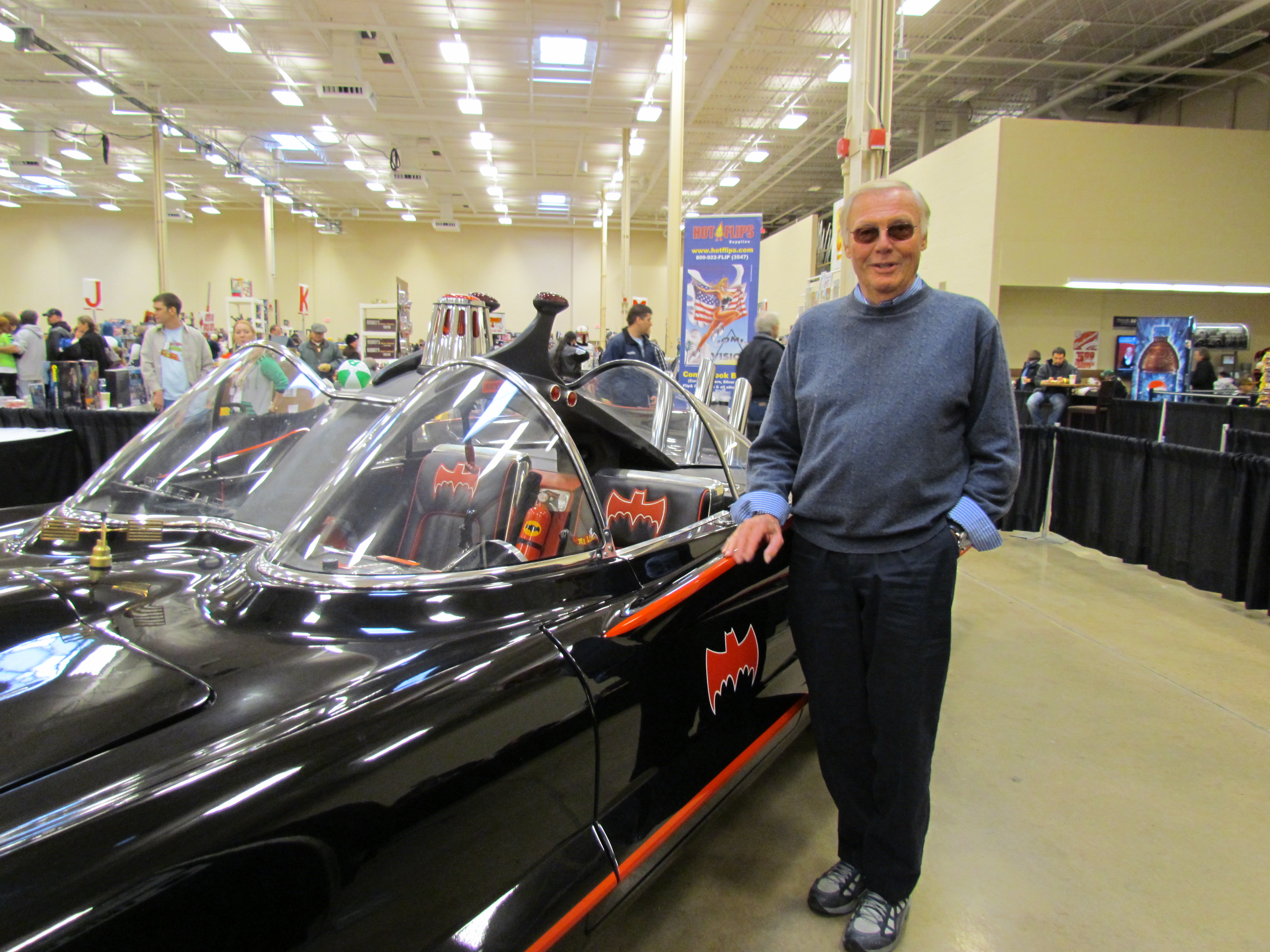 Our hero with the Batmobile.

Mark Racop: My mother says I started watching Batman at the age of 2, in 1967. I can just barely remember the visual (although I didn’t understand it at the time) –Robin was tied to the printing press, about to be stamped into a comic book. I watched it at the babysitter’s house on a black and white TV with her brothers. When I was 5 years old, I was able to watch the entire series in color. What a treat! 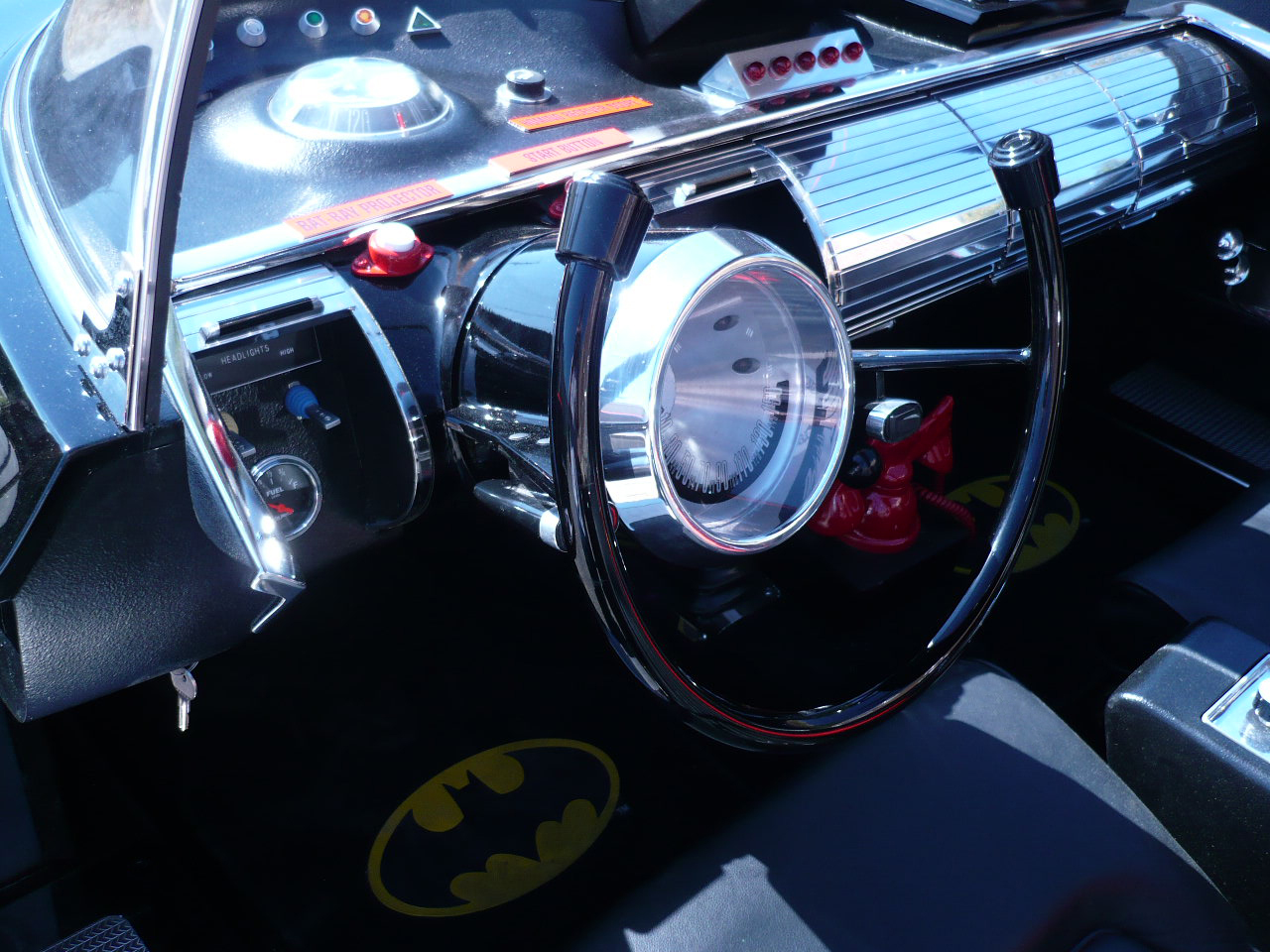 You build official, full-scale Batmobiles. Tell me how you got into that. What inspired you to do it? What’s been the most rewarding part of it? What celebs have ridden in them or bought them? How much would you charge me?

My other business is filmmaking. I made two Batman fan films in high school and one in college. For the third film, I wanted to have the ultimate prop, the Batmobile.

I saw the #4 George Barris-built dragster Batmobile in 1976 at the Chicago Antique Auto Museum, and that really cemented the dream that I would build one. In March of 1983, five crazy 17-year-olds — with no autobody experience or tools — tore apart an old 1974 Monte Carlo and transformed it in to the Batmobile. We taught ourselves fiberglassing, moldmaking, and bodywork. We willed that car into being.

Over the years, I had thought there might be a market for 1966 Batmobile replicas, and started building them professionally 11 years ago. Our first two sold at auction, and then the orders came pouring in. When I see each car with wheels on the ground for the very first time, that is the most exciting moment for me. The next most is when the customer sees the car for the first time. Watching their jaws drop and the grins cross their faces is great. 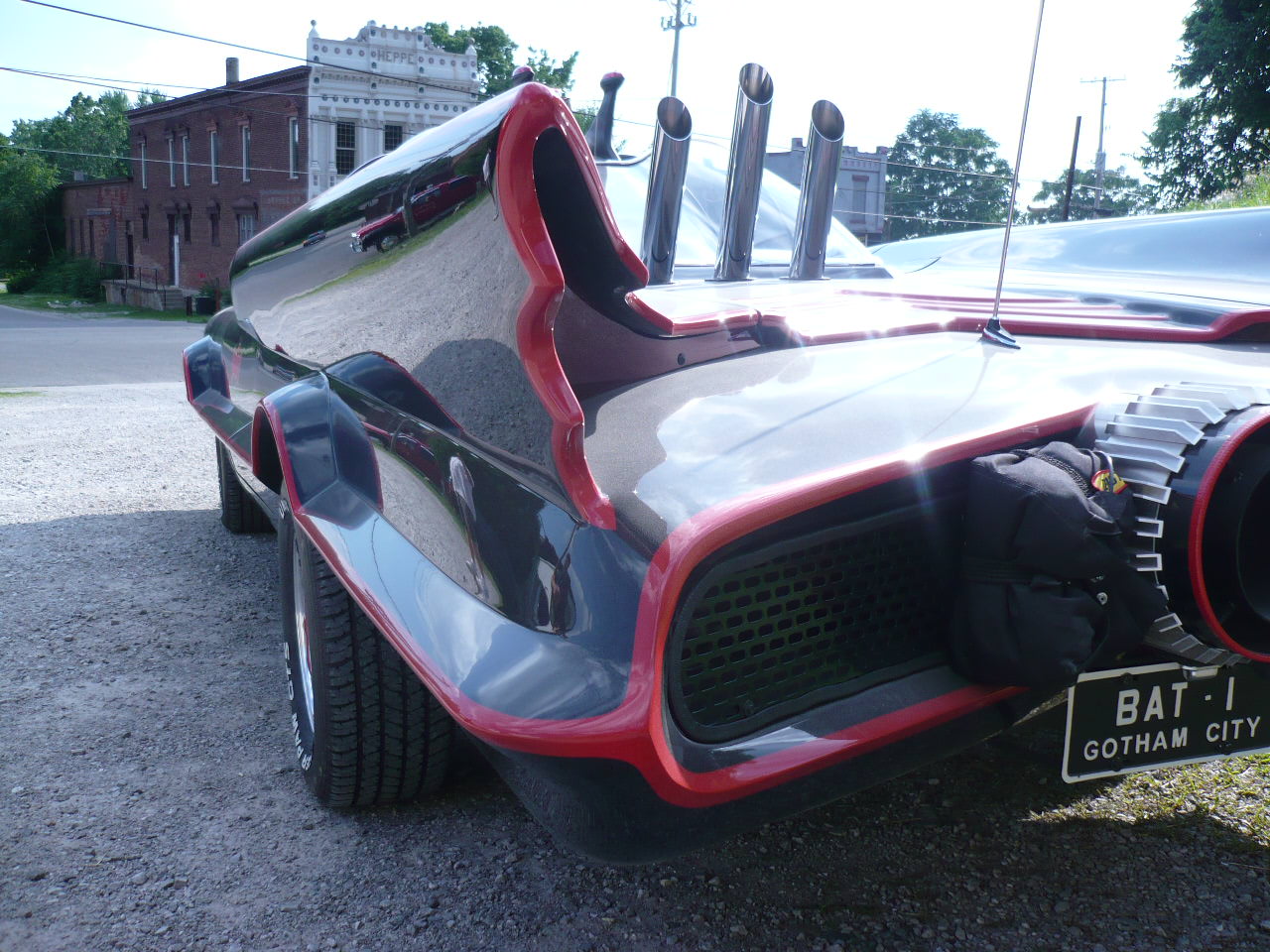 Many celebrities have sat in or with our cars during the past 11 years. Here are some of them: Adam West, Burt Ward, Sylvester McCoy, Joel Hodgson, Matt Lauer, Al Roker, Bat Kid, Denny O’Neil, Jason Mewes, Jeff Schultz, three of the Power Rangers, (he lists many more names), Evan Peters, Maisie Williams, and Caity Lotz.

We have four models of officially licensed 1966 Batmobile replicas from which to choose, ranging in price from $80,000 to $220,000. We can mix and match anywhere between the models, too! 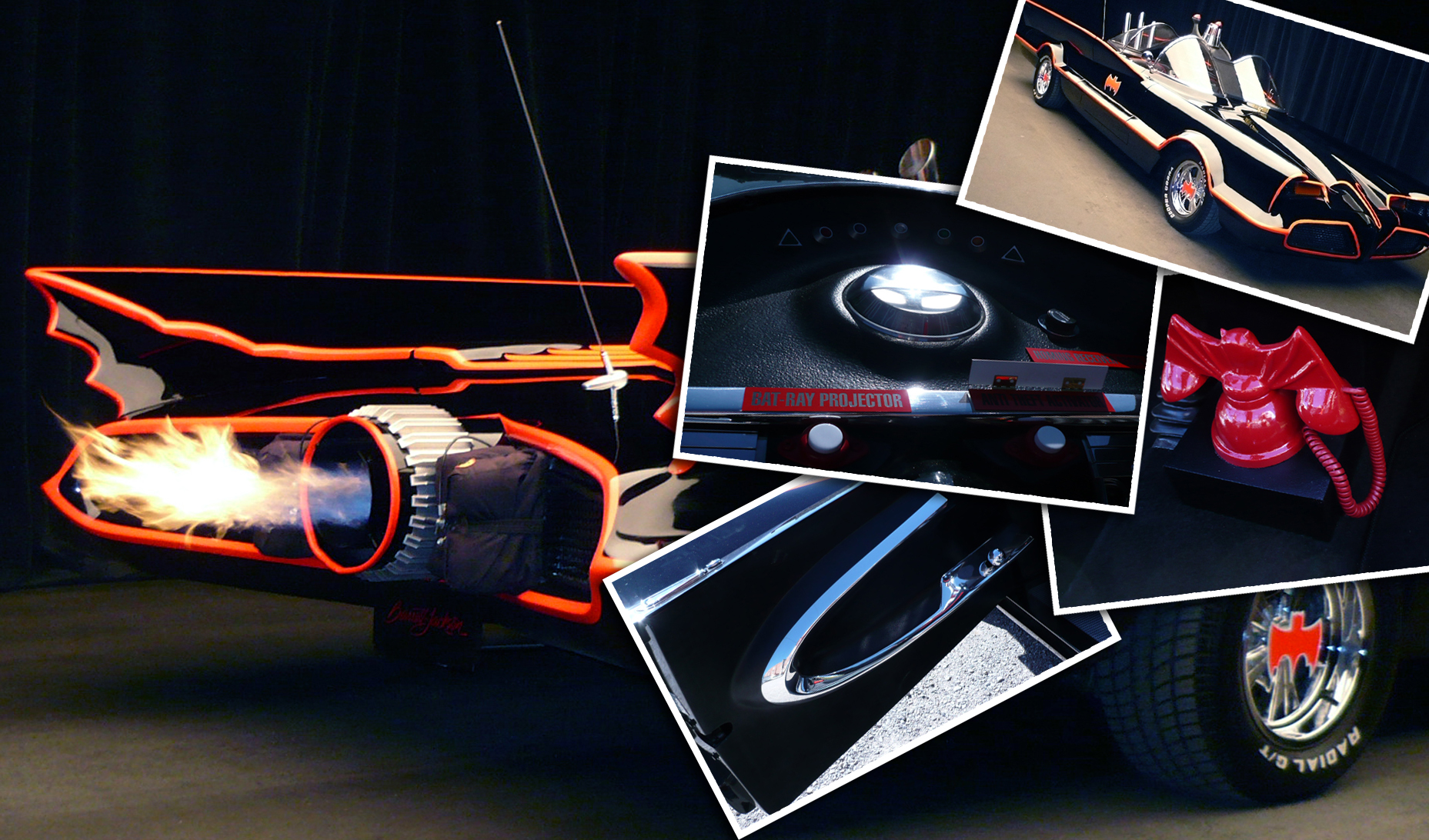 When I was 12, I saw the series for the first time since I was young, and I was shocked at how goofy it was. I was old enough to know something wasn’t quite right, but too young to get the humor. I had become a serious comic book fan by then, and had a tough time with the campiness.

What drew you back in?

It didn’t take long to pick up on the intentional humor, and I was able to appreciate the show on an entirely different level. I came to relove the series even more as I realized what they had succeeded in doing. I like all forms of Batman, by the way, from the comics to the movies to the TV show. My favorite incarnation is Batman: The Animated Series. 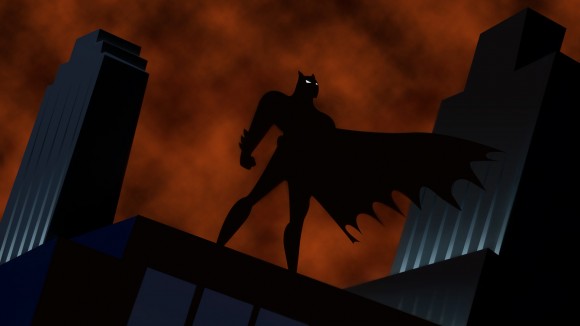 I’m buying the Blu-ray box set. I absolutely love the new 1966 Batman merchandising! After decades of having nothing, it is mind-blowing to think of how many items are out there. I picked up the Hot Toys Batman and Robin, almost every version of the Batmobile, and all of the 6″ figure line.  I absolutely had to get the new Mego versions, too!

Like many others, The Purr-fect Crime is just great. They really had the show nailed down by then. The production value was through the roof, the story was great, and Julie was, well, Julie! My next favorite is True or False Face.

Nora Clavicle and the Crime Ladies Club is tied with The Entrancing Dr. Cassandra as the worst! These two episodes were the exact opposite — production value was in the sub-basement, the stories were awful, and the villains were forgettable. 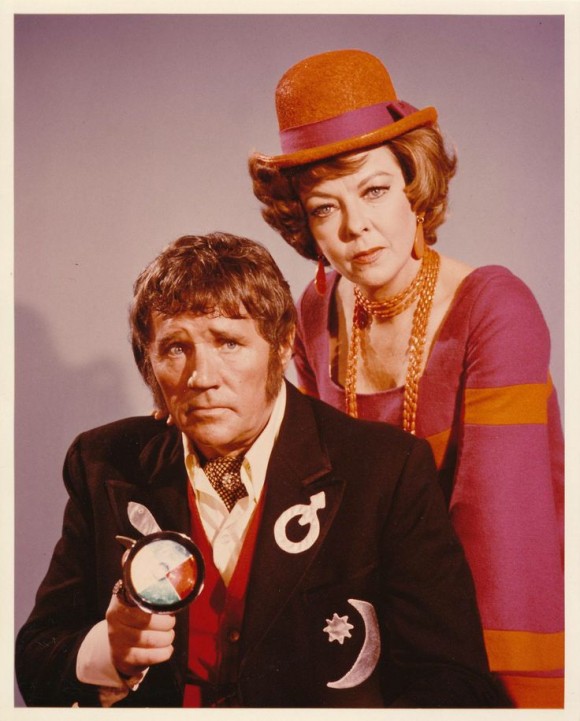 That’s a tough one — I really liked Frank Gorshin as the Riddler, Burgess Meredith as the Penguin, and Victor Buono as King Tut. While all of the actors got into their roles, these three really made you believe that they were these twisted, maniacal chaps that would do the heinous things in the scripts!

I’m with you! As a kid, I didn’t like the Riddler, but now I appreciate Frank Gorshin‘s work tremendously. He certainly deserved his Emmy nomination. 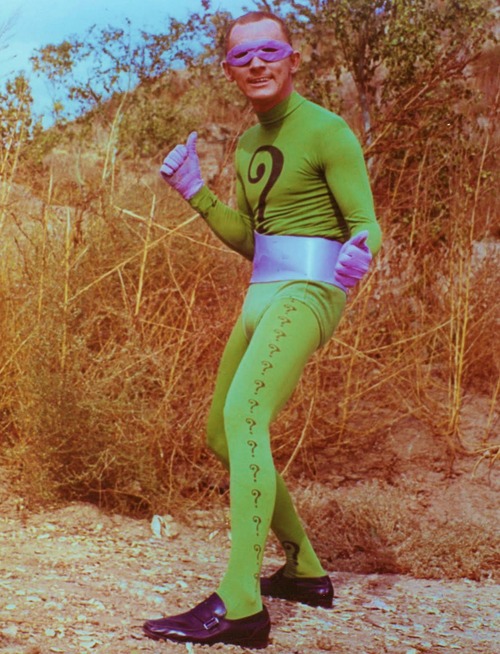 The Batmobile Remote Control Activator. It would be great to have one of our cars pull up to our favorite restaurant by itself.

As a kid, the one that always got me was Egghead‘s brain transferometer that was going to completely and utterly destroy Bruce Wayne‘s brain. As an adult, I like Catwoman‘s spiked closing walls. 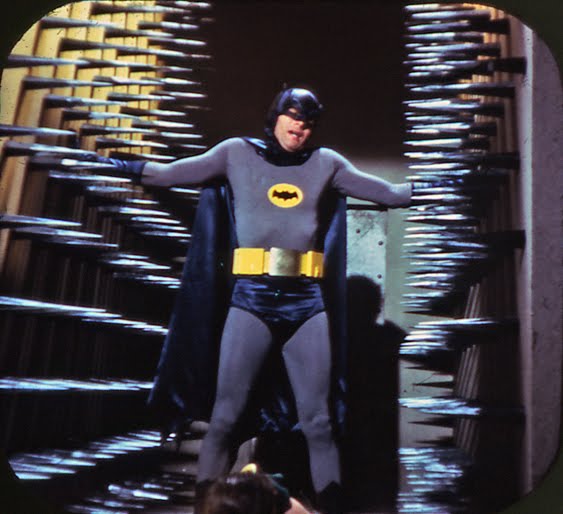 To this day, the launching of the Batmobile still brings a smile to my face. When the flame shoots out, the car screeches out of the Batcave, and it makes the hairpin turn, I return to being a kid again.

Building these crazy cars has taken me all over the U.S. and even to England. It is fascinating to meet other 1966 Batman fans from literally all over the world — there is an instant camaraderie that takes place. We become best friends immediately.

And driving this car has brought more smiles to people’s faces than anything else I could possibly do. To think you just changed somebody’s day for the better by driving a car past them? That’s powerful. I’m crazy blessed to be able to call building 1966 Batmobile replicas my job. 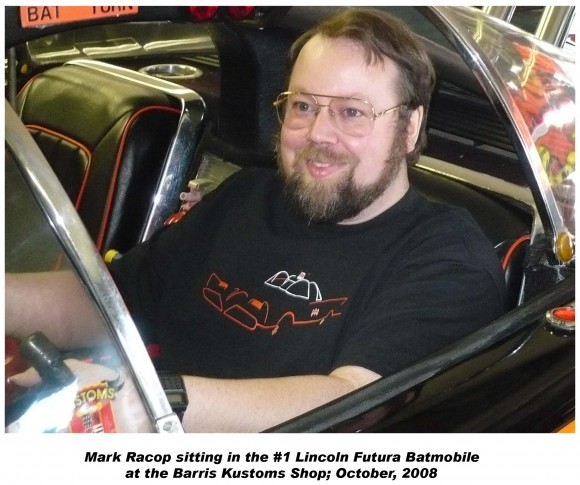