The fifth Batfan profile of BATMAN ’66 WEEK is Bob DeSimone, whose love for Batman is deep and abiding.

We continue our profiles of Those Who Kept the Batsignal Lit, in anticipation of the 11/11 release of Batman on Blu-ray and DVD. (And, hey, check out my review of the set!)

Click here for my interview with Scott Sebring, Renaissance Batman. 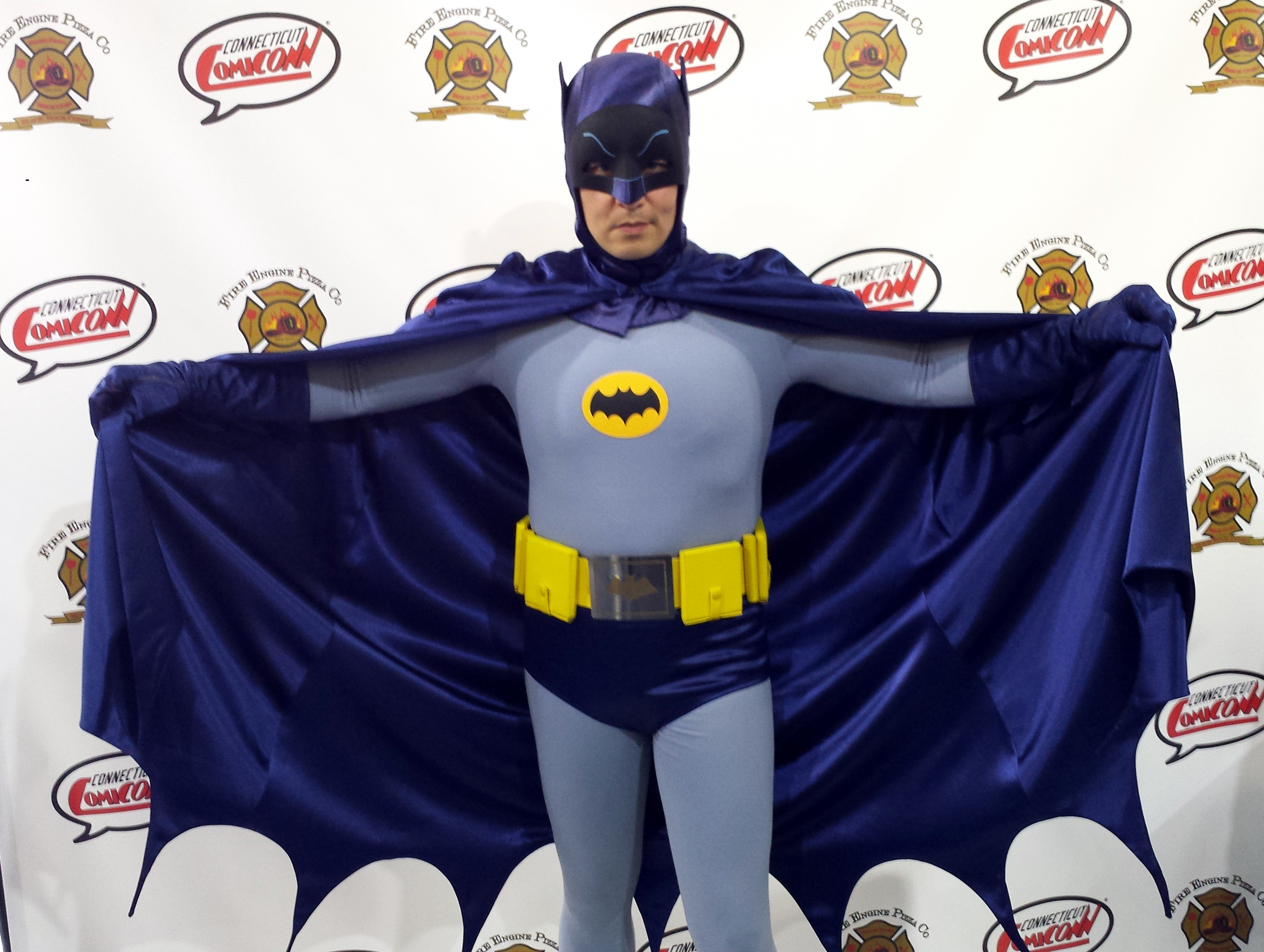 Bob DeSimone is 47 (like me), lives in Westchester County, N.Y. (like me) and is obsessed with Batman ’66 (like me and probably you). He’s one of the best Adam West Batman cosplayers you’ll ever see, though he has a better term for it. “I consider myself a Batman tribute artist rather than a cosplayer because that is what I feel I do,” he said. “I think that so many people that go to cons and dress up choose what they wear based on how much attention it can get them and what is the most popular. I chose this particular character because of the special connection that I have with it for over 40 years and I believe in what he stands for.”

He grew up in the Bronx, is married, and is well known in the New York area as one of the top Batmen around. (He also digs Star Wars and is a member of the Empire City Garrison, part of the 501st Legion of Stormtroopers in New York. He also does events dressed as a stormtrooper, Boba Fett or Darth Vader.)

“I am very excited that this version of the Caped Crusader is finally getting the attention that he deserves, with the long-awaited release of the DVD and Blu-ray sets, as well as all of the figures and collectibles that have and continue to be released,” he said. “This will undoubtedly help keep the 1966 Batman legacy alive and well for generations to come.” 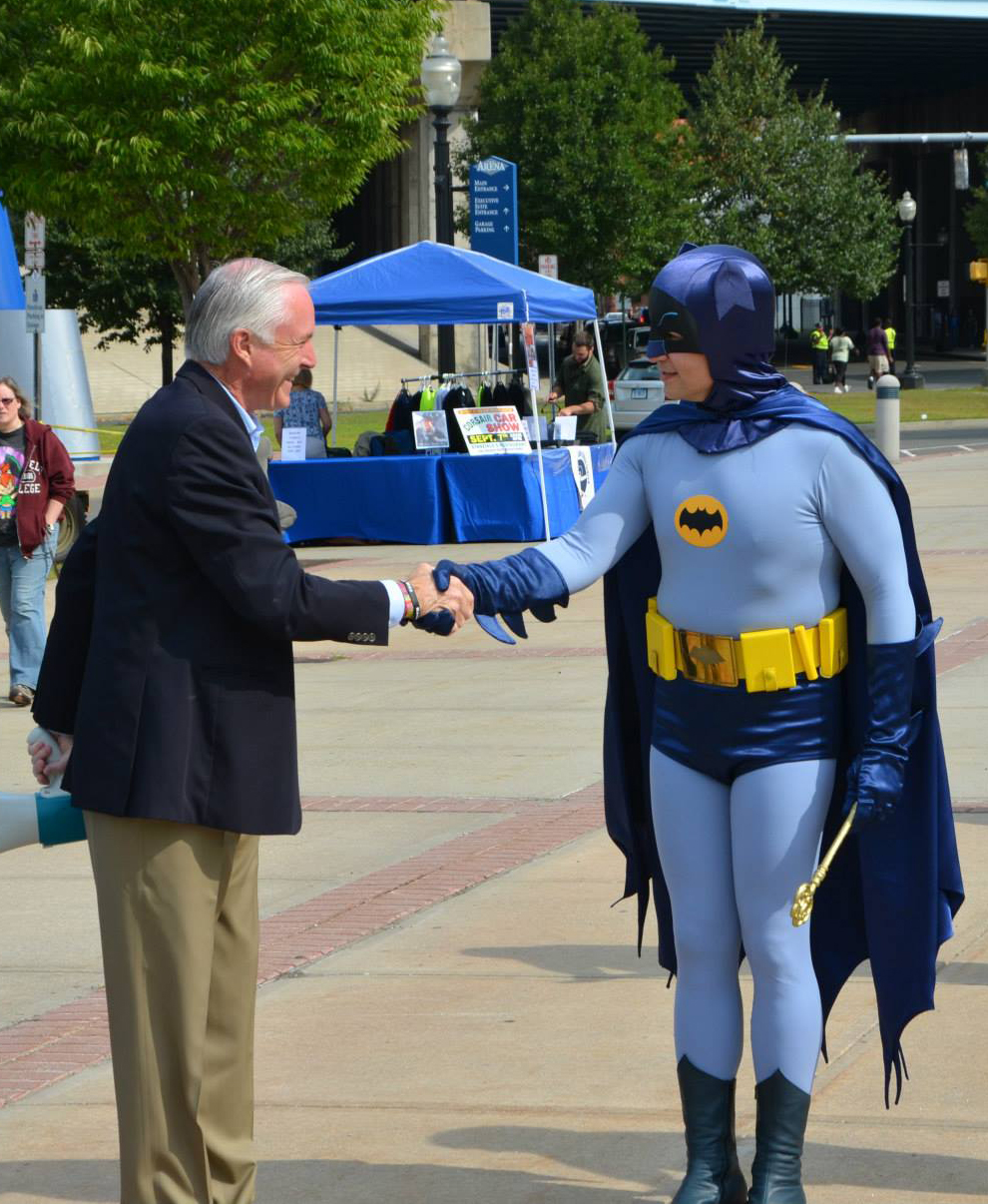 Bob DeSimone: I remember watching Batman on TV probably when I was 5 years old. My brother Rich and I would watch it on a little black-and-white, 12″ TV in the room we shared.

You cosplay and do personal appearances. Tell me how you got into that. What inspired you to do it?

Halloween and creating costumes have always been exciting to me. I have always enjoyed the process that goes into creating the concept and the look. However, the attention to detail, especially the small things, will always be the most important aspect to really “selling” what you’re trying to get across.

I love to try and keep it fresh and never make fun of the character. I like to play him as serious as Adam West did in the series. Sometimes I take props with me to a con or appearance, but it depends on the situation. For example, I made my own set of Bat-Cuffs as well as a Bat-Shield. I have a Batarang as well and folks love taking action poses. 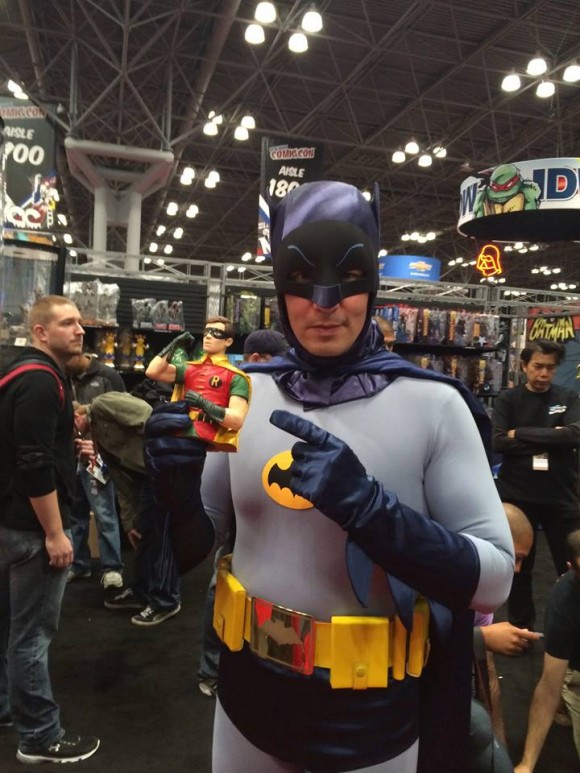 In all honesty… No. I always saw the good in the message that they tried to pass on and always tried to view it from an impressionable child’s eyes. I know how it affected me at a young age and always remembered that.

As I got older, I found the “corny” bits amusing, but it didn’t cause me to hate it in any way. I saw it for what it was. That kind of corny wholesomeness is always needed, especially when you have so many mixed messages and negativity in what is presented to young people today on both television as well as the movies. 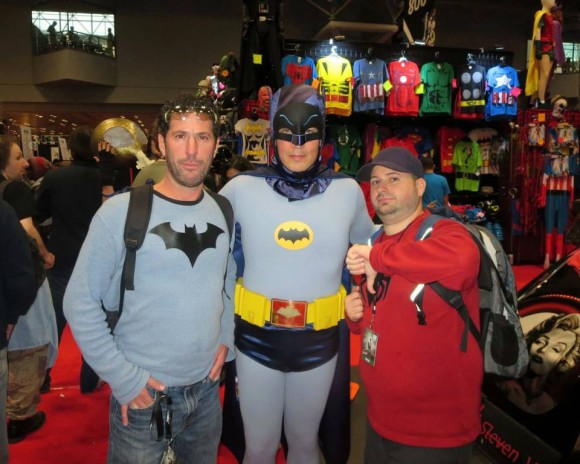 Well, I will be hopefully enjoying the Blu-rays some time near the holidays, especially if my wife reads this. (Smiles) Growing up, my brothers and I were very much into the Mego 8-inch line of superheroes, so naturally, I will be concentrating on those, now that they have aquired the likenesses to the TV stars. I have the Hot Toys Batman and the busts that Diamond Select released. The NECA larger version of the Caped Crusader is staring at me on my desk as I do this. (Laughs)

That’s tough as I don’t really have one. Wait… the team-up with the Green Hornet and Kato was pretty excellent!

I guess it has to be the episode when the Joker hooked up with the Martians in Season 3. The Joker’s Flying Saucer was the name of the episode. I guess it was just the silliness, but still harmless fun.

The Joker always seemed to be the most diabolical, but Catwoman… I had a big crush on, so that answers that question. (Laughs) 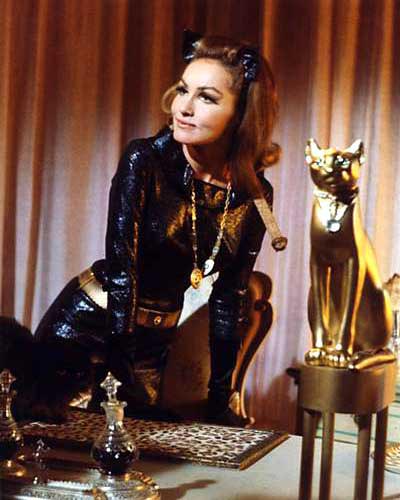 Viewing the show vs. seeing it through adult eyes, what about it have you changed your tune on?

Well, as a kid, I didn’t care much for some of the villains … like Louie the Lilac, Chandell, etc.

Now, I get a kick of the caliber of celebrities from that time that were on the show. It is great to see some really talented people have so much fun on this show. Just look at the folks that open the window as Batman and Robin go climbing up. Priceless!

Well, does the Batmobile count? (Laughs) I guess the Bat-Laser.

Being baked into the birthday cake is pretty memorable. (Laughs) 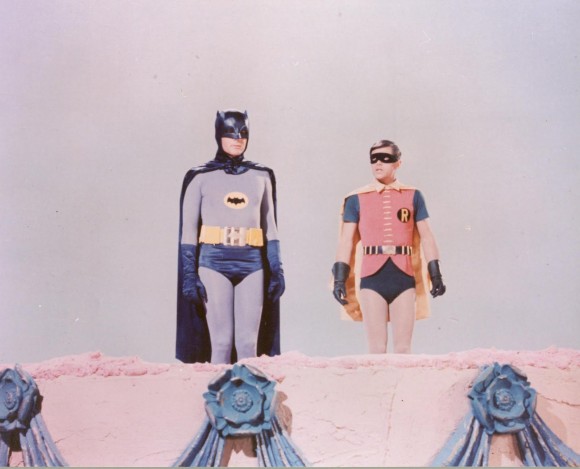 Every time that Batmobile started up and roared out of the Batcave with the theme music….! Hasn’t lost its effect!

The one thing that has been the absolute best in dressing up as this particular Batman (Adam West) is that it really has a great effect on adults. Yeah, kids love it, but adults, who have to go to work, pay bills, worry about the economy and inflation, health, etc. — they are the ones that really need to stay connected with the innocence of youth. To keep that sense of fun and remember a time when life was so much simpler.

When I see a grown-up come up to me to shake my hand and refer to me as Batman and how much they love the show, after all of these years, that is what puts a smile on my face. 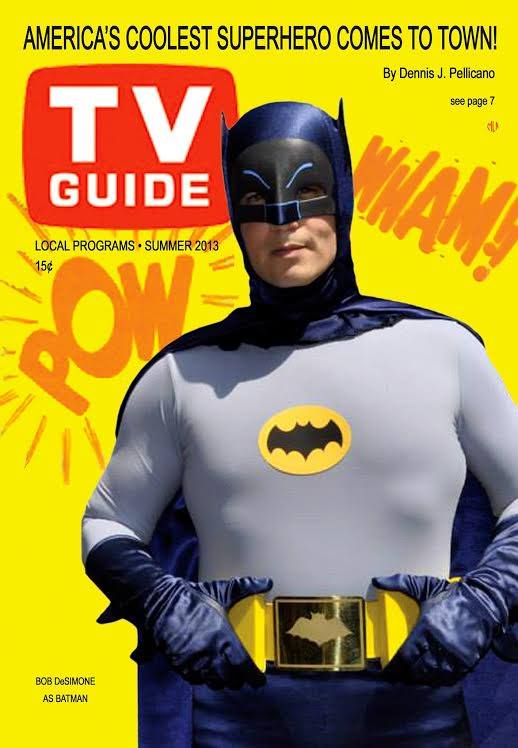