The deluxe set arrived today and let me tell you, it is Bat-nificent! 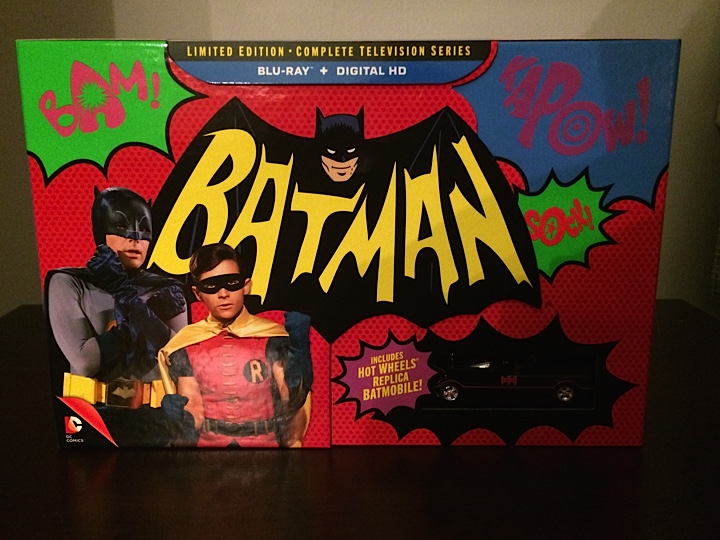 Let’s just get right to it, citizens! In order to get this review out to you quickly, I’ve only watched Hi Diddle Riddle — the first half of the pilot. But here’s what you have to look forward to when the set is released 11/11 by Warner Home Entertainment:

We’ve grown so accustomed to seeing the show washed out, it’s overwhelming to see hues so vibrant. Given the quality of color TV in 1966, this is absolutely the best we’ve ever seen. The opening stock footage of the World’s Fair is still a little grainy, but that’s to be expected. Once we get into the Moldavian Pavilion, you immediately notice just how great the transfer is. (This still is a photo off my flatscreen, just to give you a taste.) The details are extremely crisp. You can see the texture of Batman‘s top and the rivets on Robin‘s tunic with true-to-life alacrity. Though clean-shaven, you can see the shadow of Adam West‘s beard. And when Batman and Molly do the Batusi, his cape shimmers while she shimmies in her orange-red minidress. You can even see the sharpness of Jill St. John‘s eyeliner. And unlike the muffled broadcasts on retro TV, the sound quality is first rate.

In short, the show is still indelibly (What a Way to) Go-Go Sixties — but it feels as if it were produced today. 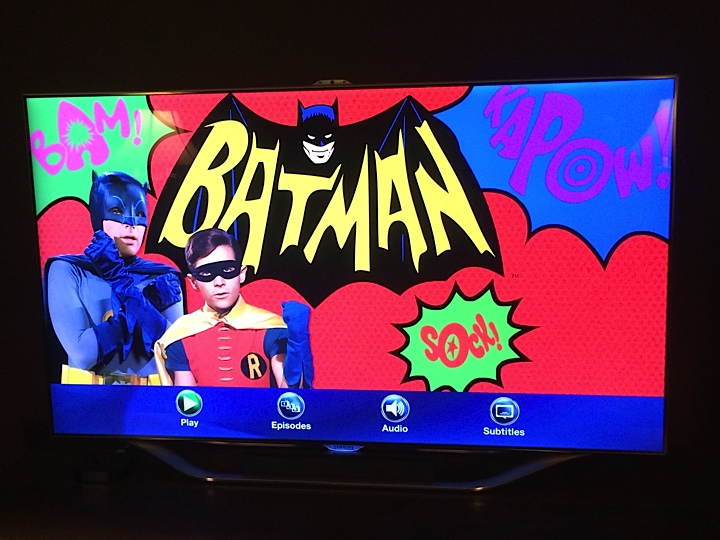 The menus are colorful but basic. However, each half hour is broken into six chapters so you can quickly get to a favorite scene, which is particularly useful.

The set is rewarded with top-notch packaging. The box is sturdy and handsome, with a magnetized closure, The Hot Wheels Batmobile gives it extra panache, especially with its miniature Batcave background. The trading-card reprints are a nice bonus, and you get a sharply designed episode guide and an Adam West mini-scrapbook. The extras also look good. I checked out the Batgirl pilot and the quality is not the same as the regular episodes but markedly better than what you’ve seen before.

Bottom line: This set is the Living End, Batfans — it’s everything we’ve wanted, and more. So enjoy the rest of these pix! 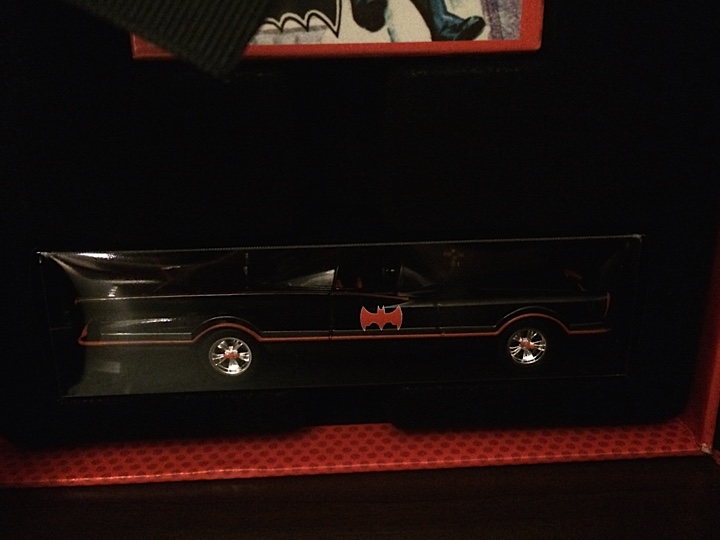 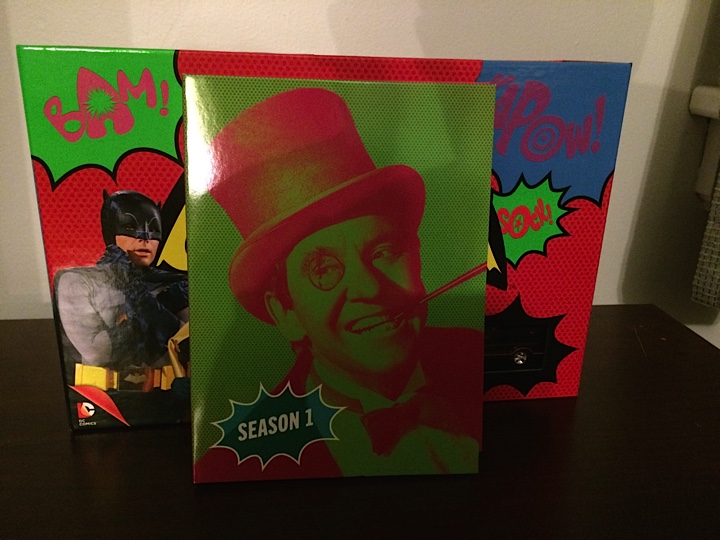