Like Batman and Robin #37 last week, this is the whole reason we’re doing ROBIN WEEK.

So Damian Wayne will be back in fine fettle as of 12/24.  More than fine, actually. More like super.

I missed the little guy and I’m glad he’ll be back. Some people are complaining that his death in Batman Incorporated #8 is cheapened by all of this but I disagree. Comics characters have been coming back from the dead forever. It’s just time to accept it.

The only thing that matters is story and Grant Morrison‘s second Batman Incorporated run is among the finest Bat-stories I’ve ever read. I eagerly await the Absolute edition early next year, which is supposed to feature fresh Chris Burnham art to replace the fill-in art during the run.

But I’m getting ahead of myself.

This is the climax of the Batman and Robin storyline that Peter Tomasi, Patrick Gleason and Mick Gray have been working on since Damian temporarily left us last year. Yes, Andy Kubert‘s doing the art for the finale, but it’s been a grand arc from all involved. 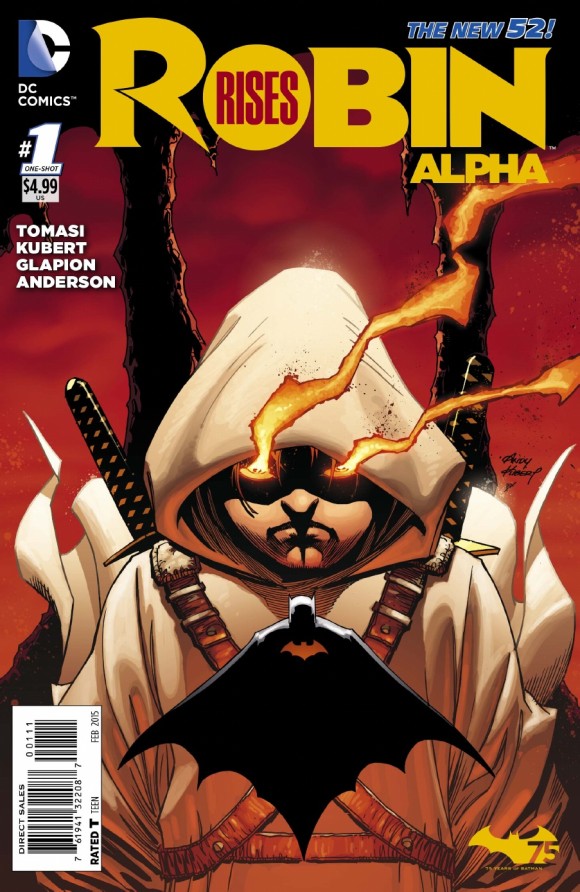 ALSO ON THE BAT-SHELVES THIS WEEK: Stock up now because 12/31 only has Batman Eternal, a book I’ve not loved. This week, there’s a Bat-ton of books, including Batman Annual #3; Catwoman Annual #2; Gotham by Midnight #2; Grayson Annual #1; Secret Origins #8 — with Dick Grayson‘s origin; and Batman ’66 #18 (check out the preview here).

Two other Bat-items of note: Check out my interview with Len Wein about the start of his time as Batman writer back in the ’70s. I mention it because the Tales of the Batman: Len Wein hardcover collection is also out this week. And do check out Arkham Manor #3, which is being cancelled at #6. I think that was the plan all along because that’s a premise — Wayne Manor housing Gotham’s most vile — is not an idea that can sustain itself. But the first two issues were cool, especially the Shawn Crystal art.