A Salute to LEE MERIWETHER: Catwoman Once — and Forever

Home » BATMAN'S HOT-LINE » A Salute to LEE MERIWETHER: Catwoman Once — and Forever

I’ve written quite a bit about Lee Meriwether the last couple of years and have been honored to interview her a couple times, most recently hosting her panel at East Coast Comicon in April.

Below is a tribute I wrote a couple years ago about her brief but resonant time as Catwoman in the 1966 movie. It stands as true today as it did then. As an update, at the bottom, I’ve now included links to THE LEE MERIWETHER INTERVIEWS, in which she discusses her favorite Catwoman; working with her fellow villains; her thoughts on Victor Buono; and more.

Watching the 1966 Batman movie was always a treat.

While I did get to see it on the big screen in re-release when I was a kid, mostly I saw it after school on The 4:30 Movie on Channel 7 in New York. They’d break the movie into two parts and I’d spend commercial breaks switching back and forth between the movie and whatever episode was running at the same time over on Channel 11. 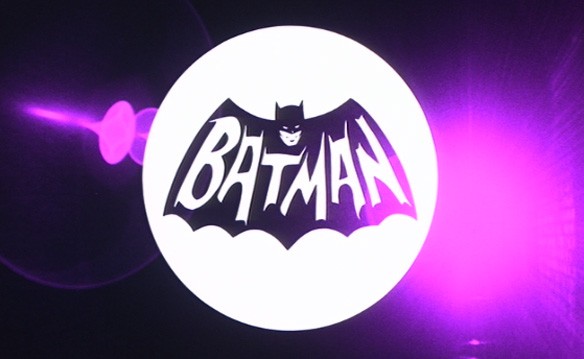 There are many reasons that movie is so much fun — and one of them is Lee Meriwether’s Catwoman.

Meriwether gets a lot of room to prowl and she makes the most of it. As Catwoman, she’s slinky and dangerous and looks great in the sparkly black suit.

But she really gets to lick her chops as Miss Kitka, the feline fatale’s faux-Russian alter ego. She goes from playing cat-and-mouse with Batman at a press conference in one scene to slapping a henchman for calling her by her “real name” in the next. It’s a — no pun intended — striking transformation.

It’s also Kitka who plays the role of seductress. Catwoman is more of a straight-up villain in the movie, while Kitka draws in Bruce Wayne in a series of scenes that alternate between sexy and funny. Her comic timing is excellent and her appeal is undeniable: One of her best bits is when she rides on the back of one of the Penguin’s flying umbrellas, howling like a cat in heat. 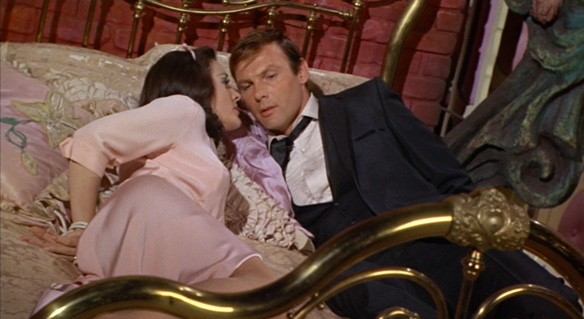 And if you wonder whether this Catwoman secretly harbors feelings for Batman (or Bruce), her intentions are made clear when she hisses, “Miss Kitka dies if you take one more step!” Even worse is the harsh glare she gives Batman when she’s unmasked: He’s heartbroken; she’s defiant. There’s no pussyfooting around. 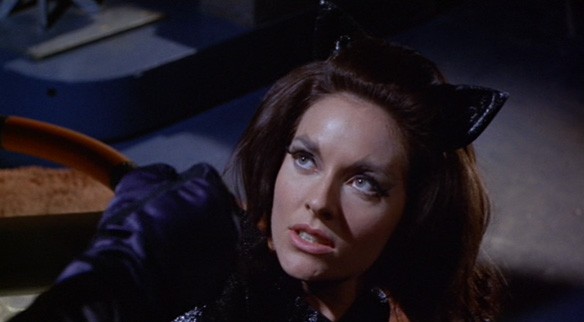 As weird as it is to say, I actually think Meriwether is underrated. Julie Newmar’s synonymous with the role and is inarguably the Queen of the Cats.

But Lee Meriwether is the cat’s meow in her own right — and ranks right up there with Batman’s greatest villains. 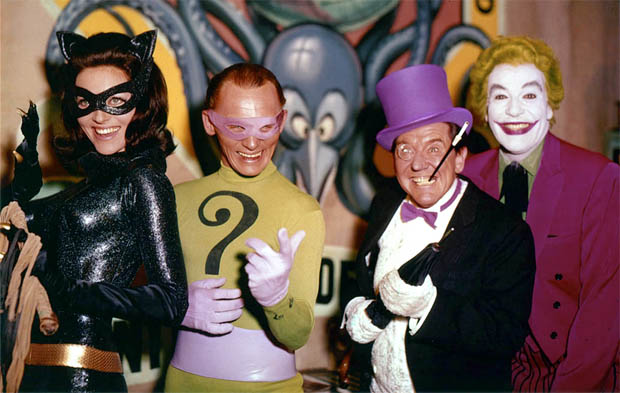