LEE MERIWETHER on the Sadness of VICTOR BUONO

The famed King Tut was born 84 years ago…

UPDATED 2/3/22: Today was Victor Buono’s birthday. He was born 84 years ago. This seemed like an appropriate time to re-present this piece from 2017, featuring Lee Meriwether’s bittersweet recollections of working with Buono on Batman. For more on Buono’s great King Tut, click here. — Dan

In the first entry of The LEE MERIWETHER INTERVIEWS, Batman’s second Catwoman went out on a limb and picked her favorite Feline Fatale. (Click here to see which actress got the nod.)

In the second installment, the gracious actress talked about how she got the Catwoman gig to begin with, how rewarding it was to work with her fellow villains — and what she learned. (Click here for that.)

Now, in the finale of this recurring series, Lee Meriwether talks about her return to Batman as Bruce Wayne’s girlfriend Lisa Carson in the Season 2 two-parter King Tut’s Coup/Batman’s Waterloo. She compares her time in Gotham with Star Trek, The Time Tunnel, Mission: Impossible and Barnaby Jones — and shares her bittersweet memories of Victor Buono.

Buono died of a heart attack at the age of 43 in 1982. In the ’60s, he generally played characters significantly older than himself. (He was only 28 when he debuted as King Tut.) He’s also been back in the spotlight given Dominic Burgess’ wonderfully touching performance as the closeted gay actor in the FX show Feud: Bette and Joan… 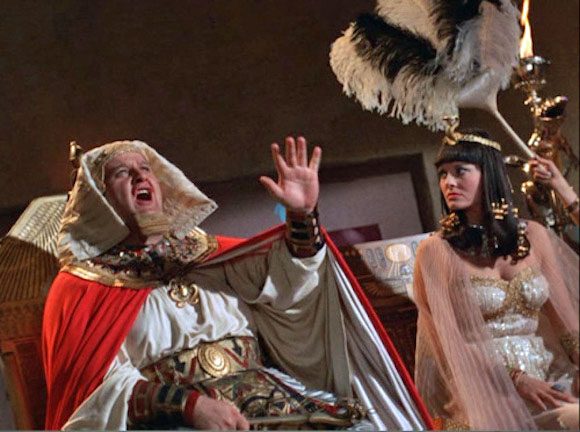 Dan Greenfield: Now, in the aftermath of the movie, you came back to the series. You played Lisa Carson. What was the difference in the experience?

Lee Meriwether: In television, I heard the expression for the first time, “Come on, let’s get going, time is money.” And I said “Oh, that’s interesting.”

But it was fun and I loved working with Victor Buono. He was just amazing, but he scared me to death because he said, “You know, Lee ” — we were talking before we were filming this one scene — “I’m not going to live very long.”

Just terrible. And so finally, he didn’t talk to me anymore.

Lee: Well, he was pleasant. But I think he wanted to get into a discussion of death or something. I don’t know, but I wouldn’t let him. 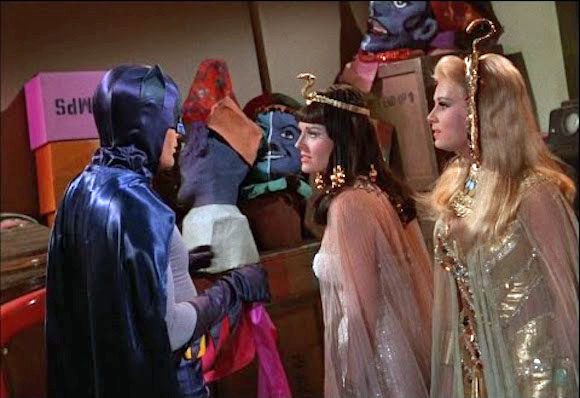 Dan: What was the difference between working on Batman versus working on Star Trek?

Lee: Oh, well, it was the same and yet not. Gene Roddenberry was just a sheer genius as far as the right people working together and getting the screenwriters to write those kind of scripts, and he was master of it all. I’m positive of it. And I think he handled the entire company as family. I just felt that way.

You were very welcome on the set. “We want you to be happy.” That sort of thing. It was wonderful. 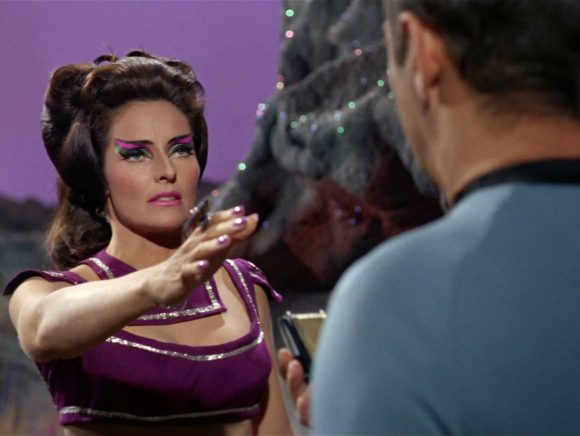 D: That whole time period for television I find fascinating because it was really a time for creativity. We’re in a golden age of television now with dramas and comedies but it’s all very true to life. Even if it’s fantasy like Game of Thrones, there’s a grittiness that obviously is prevalent now that wasn’t back then. Back then, it was fanciful, very high concept. To borrow a phrase, you were something of a Zelig. People say, ‘Oh, I saw her on The Man From UNCLE or Mission: Impossible.’ What was your experience kind of going from show to show and how has your perspective changed between the fact that it was a job then but there’s so much legacy now?

Lee: Well, I was so lucky, I was really very lucky. I got wonderful roles in wonderful series and they asked me back on many occasions. Mission: Impossible was one of them where I was asked back. I loved that, so that was wonderful. I watched them and wanted to be on them and then — boom! — I get a call from my agent. “Hey, get over there you’re on Mission: Impossible…”

The Time Tunnel, I worked the entire series. I loved doing that…. Bob Colbert and Jimmy Darren would go out and do wonderful things in the future and past and I’d guide them and John Zaremba and Whit Bissell and I would worry about them and try to get them back and all of that.

Working with those two gentlemen, John Zaremba and Whit Bissell, I knew I was in incredible company. Because those two men had been in the business for years. Recently I found some old movie channel and oh my gosh there’s John Zaremba. And Whit Bissell — oh what a character. You know, it’s wonderful. But, I knew that they were fine actors and had been in the business a long time and they were very gracious with me and charming. 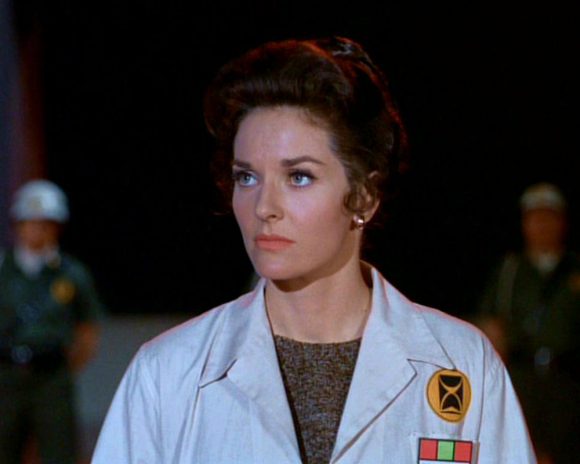 Dan: You’ve been on the convention circuit for a long time now. When you think back to all of the traveling that you’ve done, what are some of the funnier stories or some of the stranger stories in terms of your interactions with fans?

Lee: They tell me their stories. It’s fascinating. Jimmy Darren and Bob Colbert and I did a convention, maybe a year ago I think it was, and they were celebrating something about Time Tunnel and people came up one after one. Two women and a gentlemen and they said to us all, because we were sitting right next to each other, they became scientists because of Time Tunnel.

And I was thrilled. Two of them were women and one was a man.

I said, “really?” They had to have been teenagers when they saw Time Tunnel. But that was when it triggered their love for science. 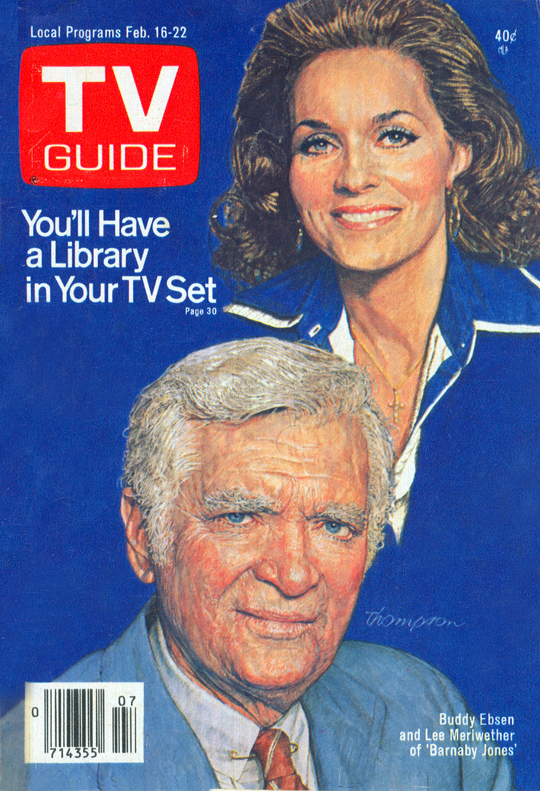 Dan: Now, when you do look at all those various roles and again, before Barnaby Jones, do you have a favorite? Is there something that kind of jumps out and you say, “Boy, that was really a great gig, that was really a fun time”?

Lee: I can’t pick one more than the other. I’ve been so lucky that I think if I had to choose, it would be like, you know, (picking a favorite) baby…

I was lucky with Barnaby Jones because of Buddy Ebsen. He and I worked together so well and I just fell in love with him. He was just the dearest, sweetest man…. We’d talk on the phone for long periods of time after the show was over and then we lost him. But, I still see his daughters.

Lee: Yeah, they’re great. That was a beautiful relationship because I was so close with him every day. On the other shows, I was working, but it was more of a job than a relationship, if you know what I mean. Seven and a half years with Buddy was a dream come true.

That was the best.

This interview segment has been edited and condensed for clarity.

As a coda, here’s my favorite scene of Meriwether as Lisa Carson:

— For a salute to VICTOR BUONO’s KING TUT, click here.