The late Marshall Rogers was one of a handful of artists in the 1970s, who, like George Pérez, John Byrne and Walt Simonson, burst into comics with an energetic style of dynamic storytelling and quickly gained a dedicated following. Rogers first garnered broad notice on the backup stories in Detective Comics but soon graduated to the lead feature, joining writer Steve Englehart for what many consider the definitive run on the Darknight Detective. 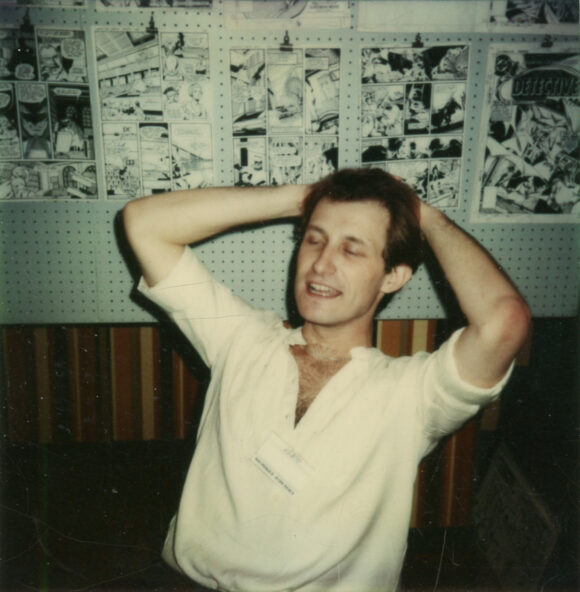 I got to meet Marshall at the 1978 Chicago Comicon where I was able to snap this candid photo. Marshall was a true gentleman and you can see some of his Batman pages hanging on the board. Sadly, my then-17-year-old self couldn’t afford a sketch and I’ve been the poorer for it since.

I was never a big Hawkman fan because it’s difficult to showcase the majesty he deserves. Neal Adams was able to do it, of course, but I never thought anyone else could until I read the backup story in Detective #467 (Oct. 1976) and my jaw dropped. I knew then that Marshall was going to go places. 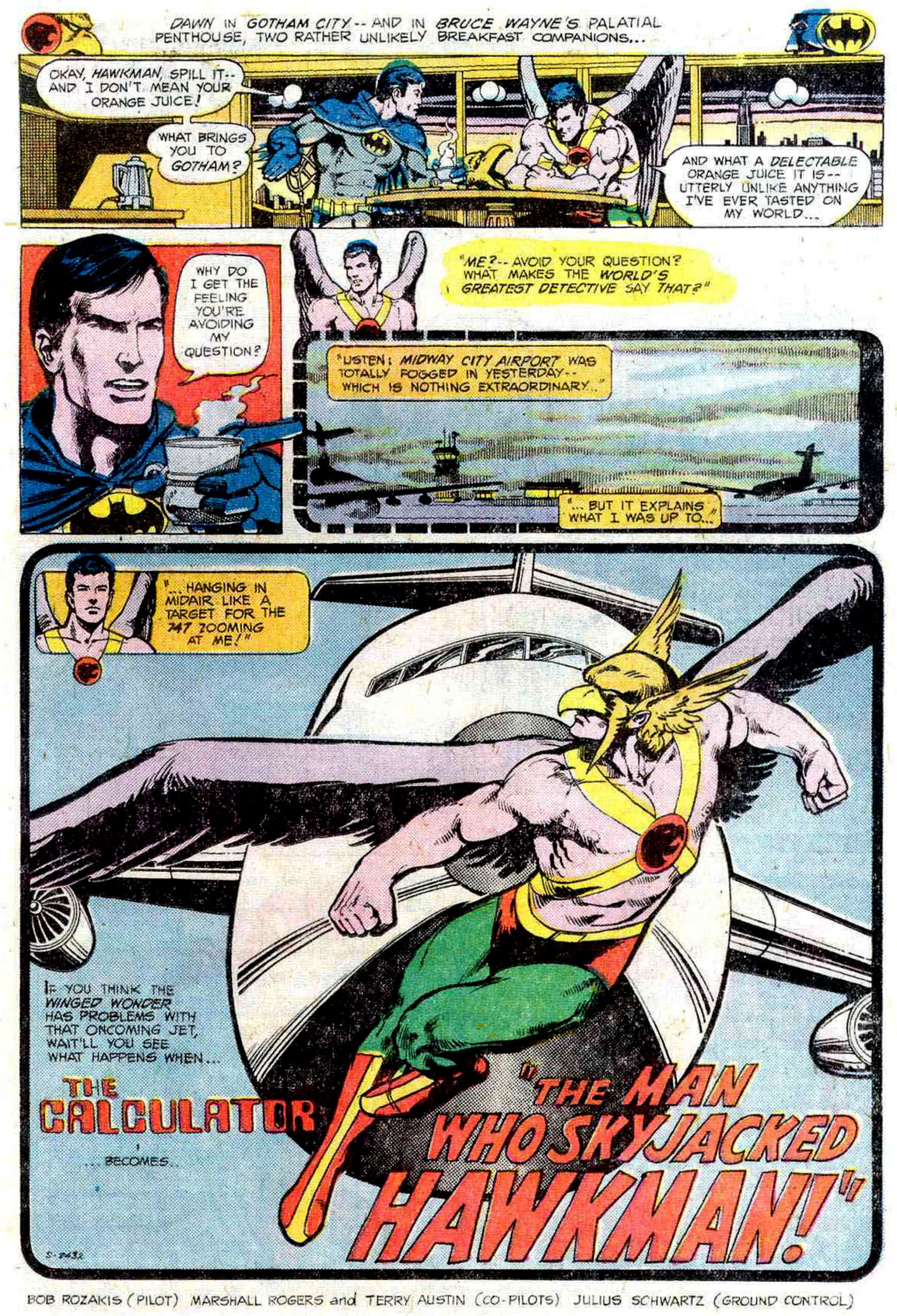 Batman and the Shadow — the Darknight Detective and his forebear. Marshall sets the mood on this 1991 rooftop scene with appropriately heavy shadowing. 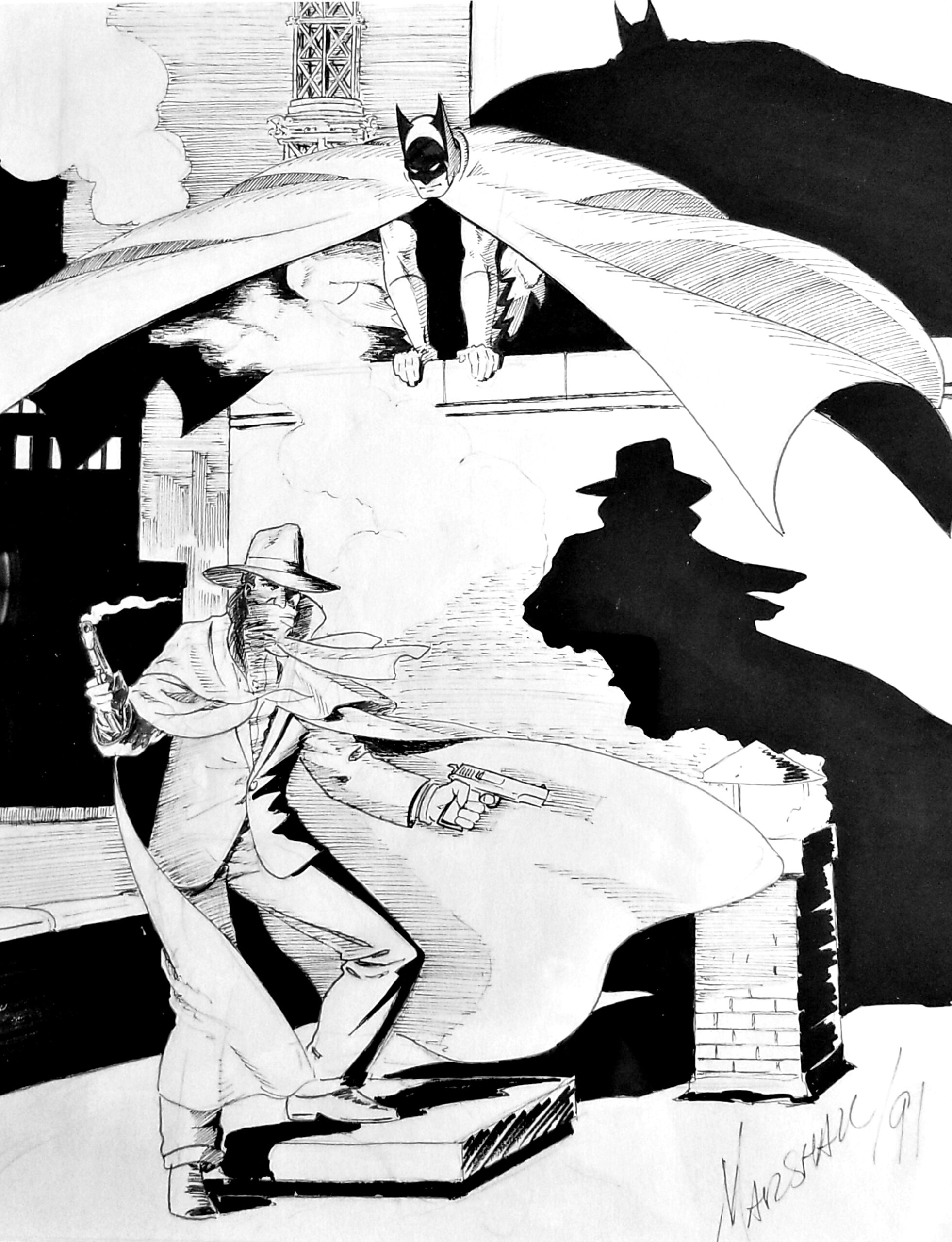 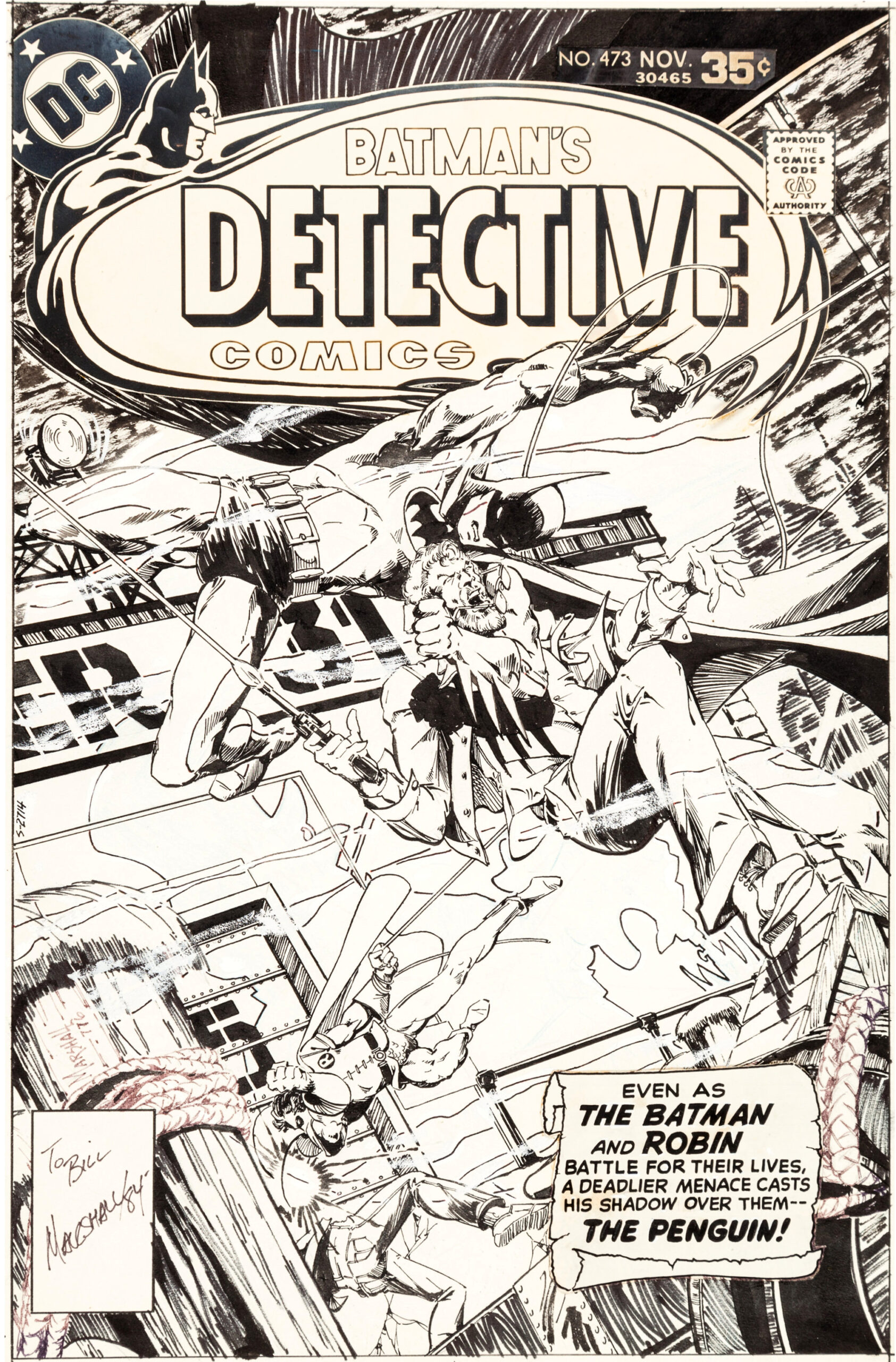 Marshall was great with architecture but he could also draw unusual characters like Bat-Mite as seen here in the imp’s entry from Who’s Who: The Definite Directory of the DC Universe #2. 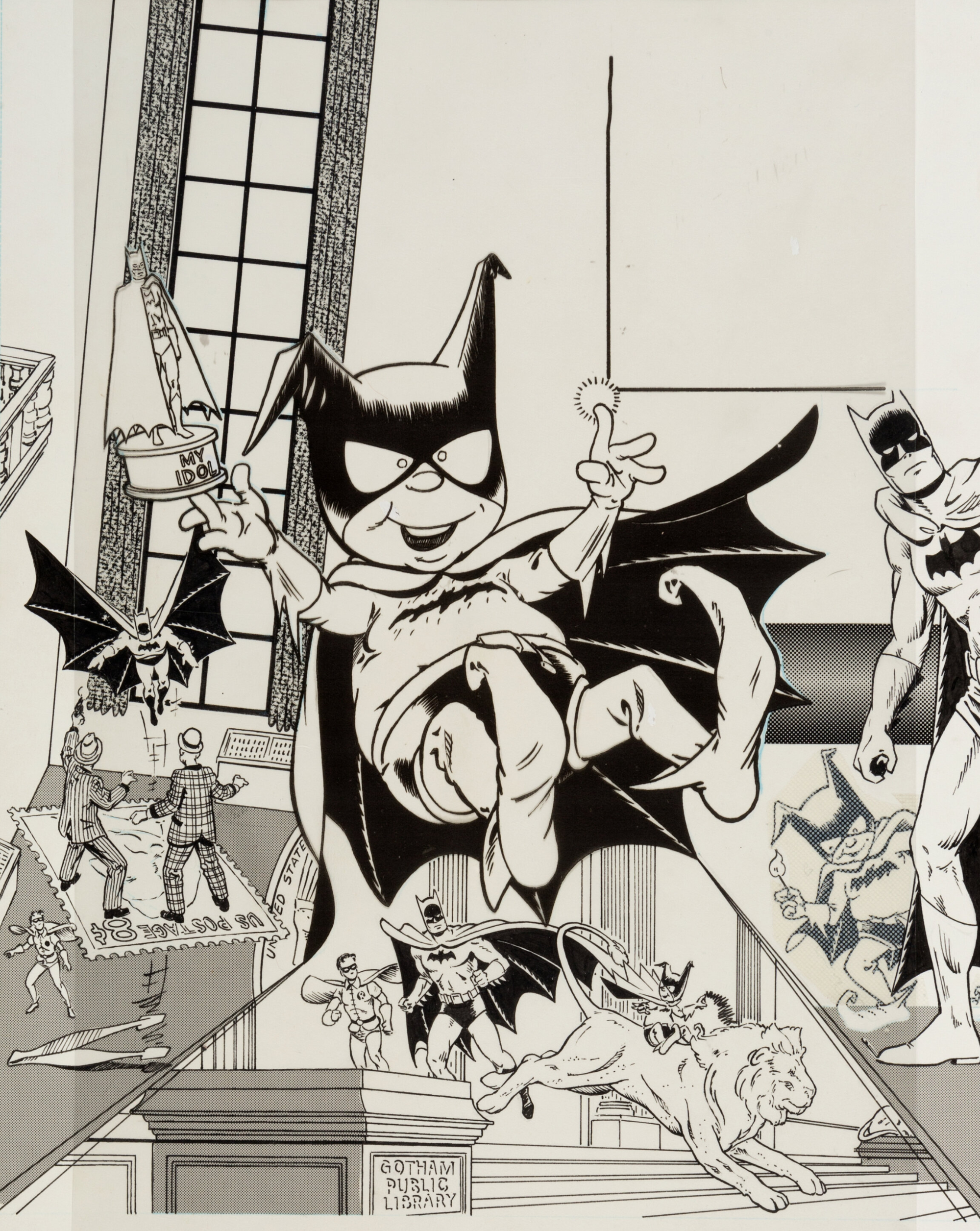 Here’s an unusual one — and it works! Marshall inked by John Byrne on the cover of Atari Force Special #1. 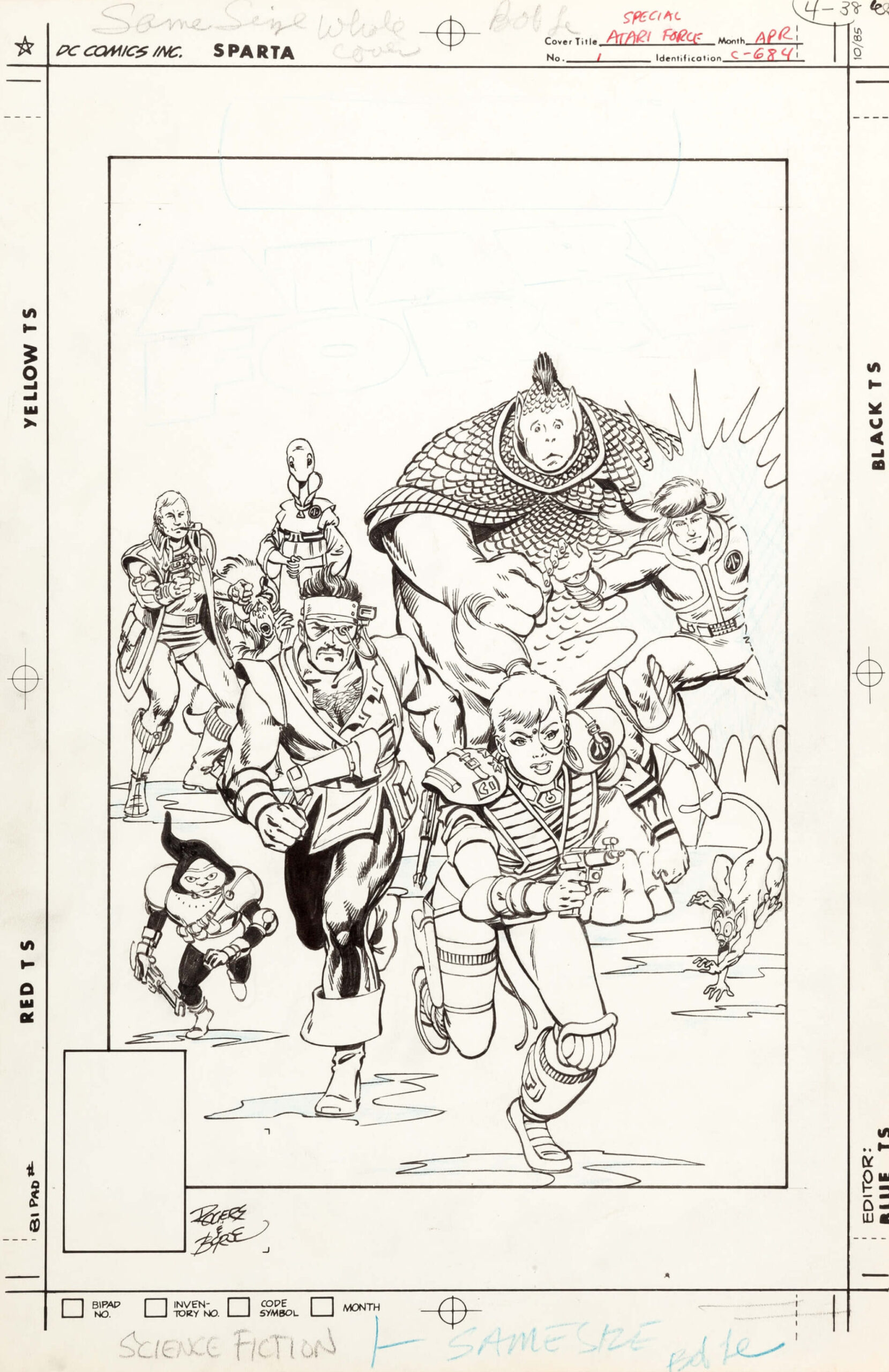 How about Marshall taking on Wolverine and Spider-man? Yes, please! 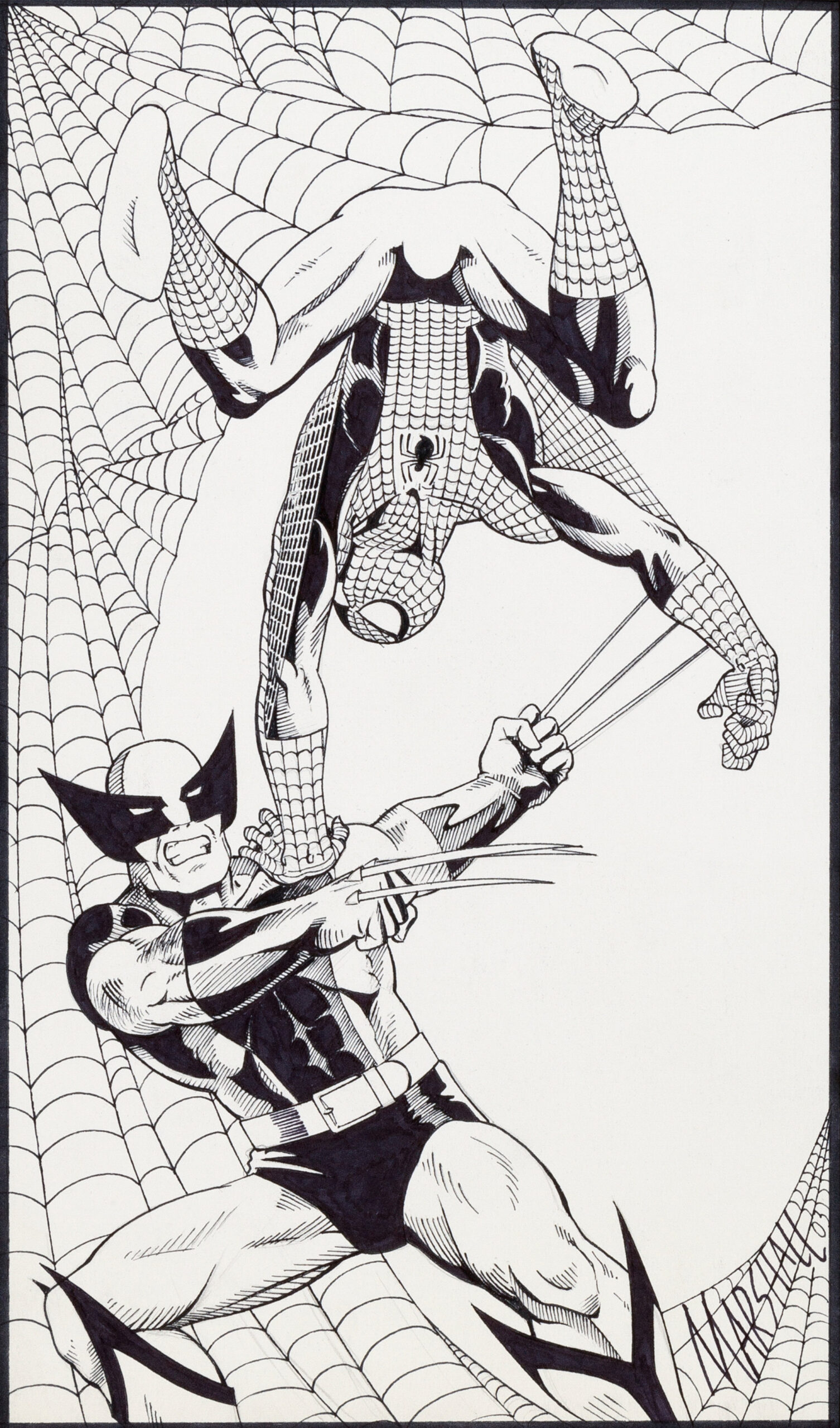 Here’s another awesome action shot — and great architecture — from The Batman Portfolio #1. 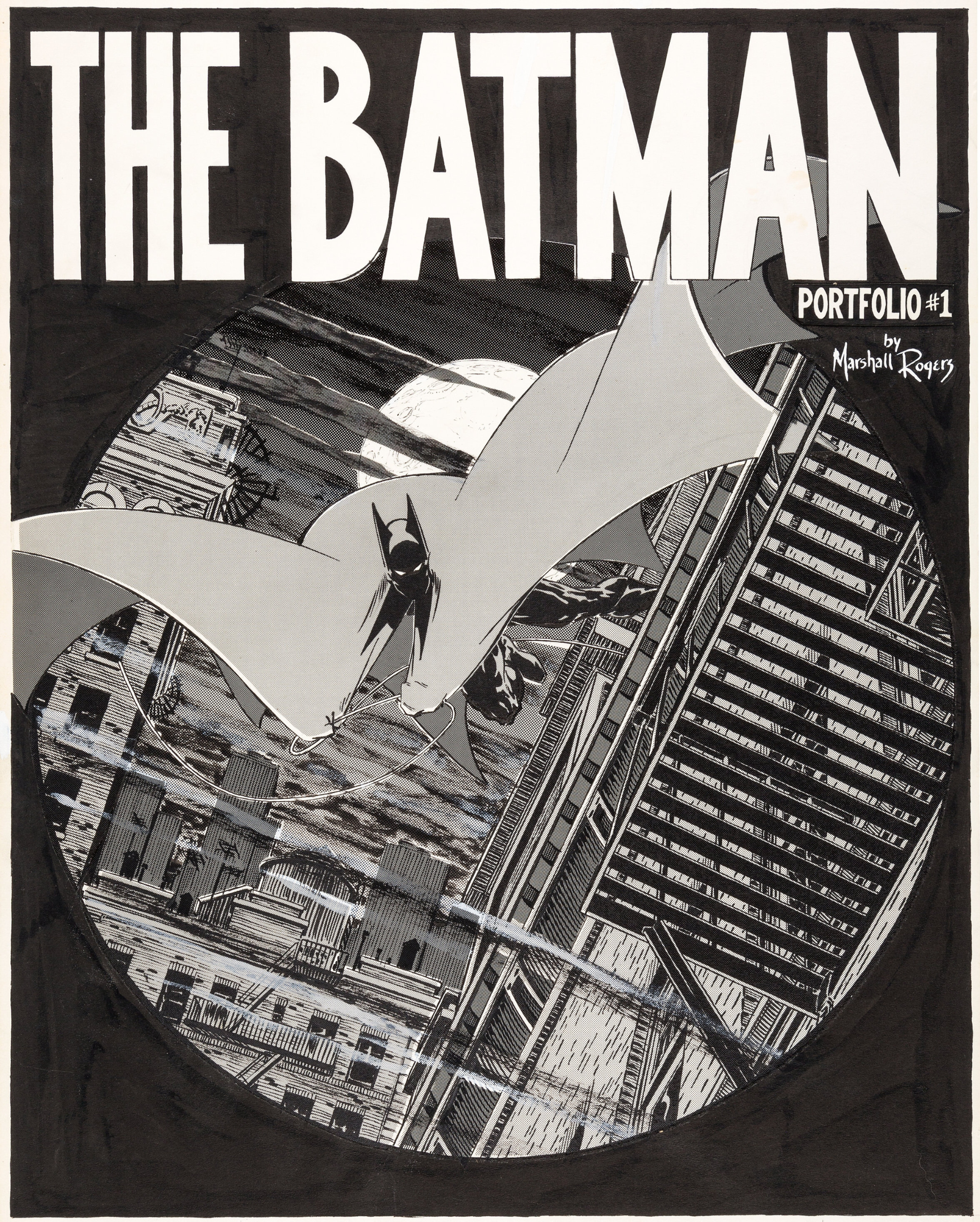 This commission does Batman’s arch-enemy proud. Marshall, cleverly, allows you to read the “Ha, Ha, Ha” from either direction! 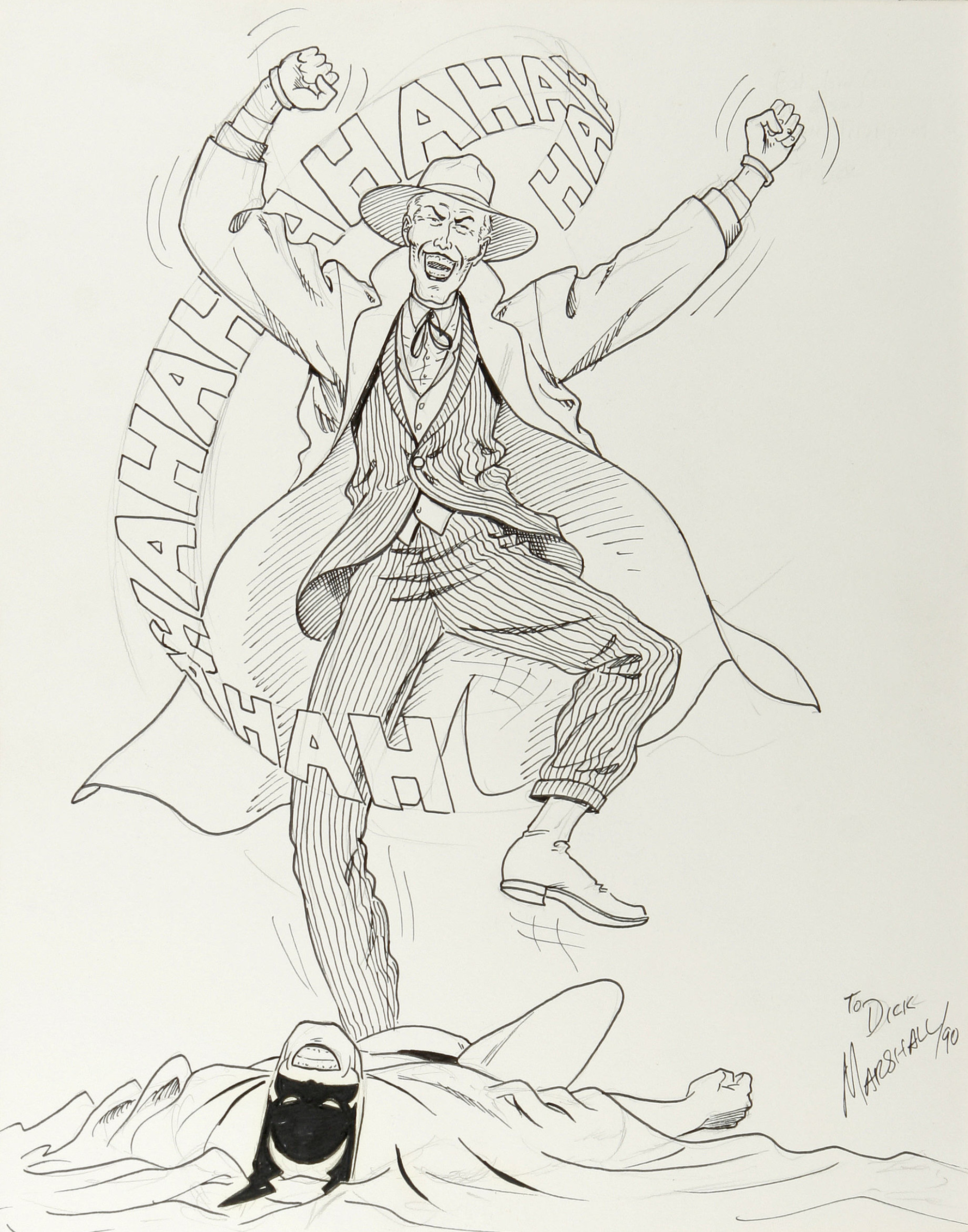 The Comic Reader #147 touted Marshall’s creation, the Disciple, and claimed that the character “may appear again, somewhere, someday.” I don’t know if he ever did. Still, it’s a beautiful character design. 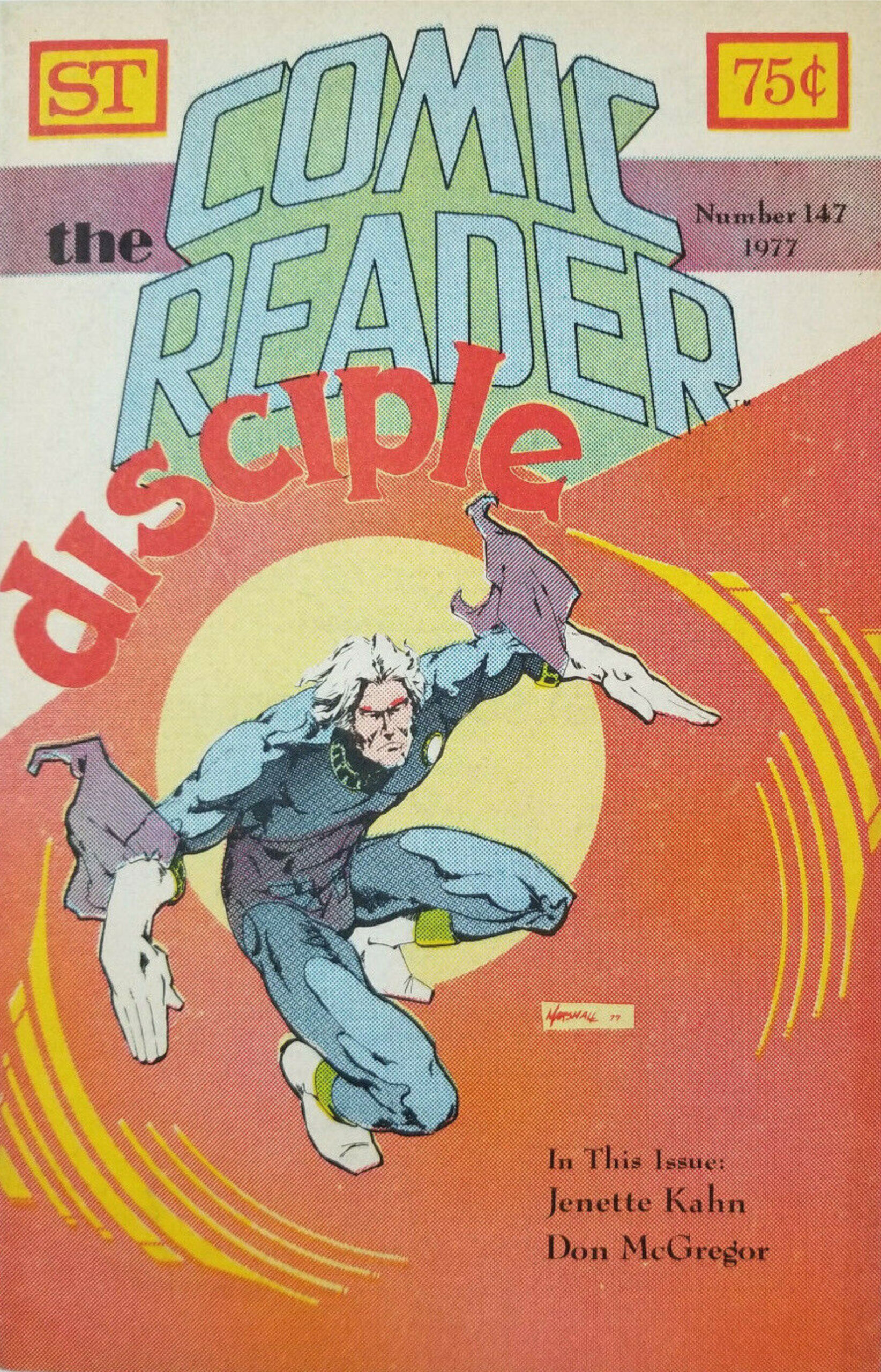 I love Marshall’s Spider-Man, so here’s another — this time from Spider-Man #27 (Oct. 1992) with inks by Keith Williams. From that same 1978 Chicago Comicon, a fan was able to get a sketch and asked for Howard the Duck instead of Batman! Waaaaauuuughh-er-iffic! 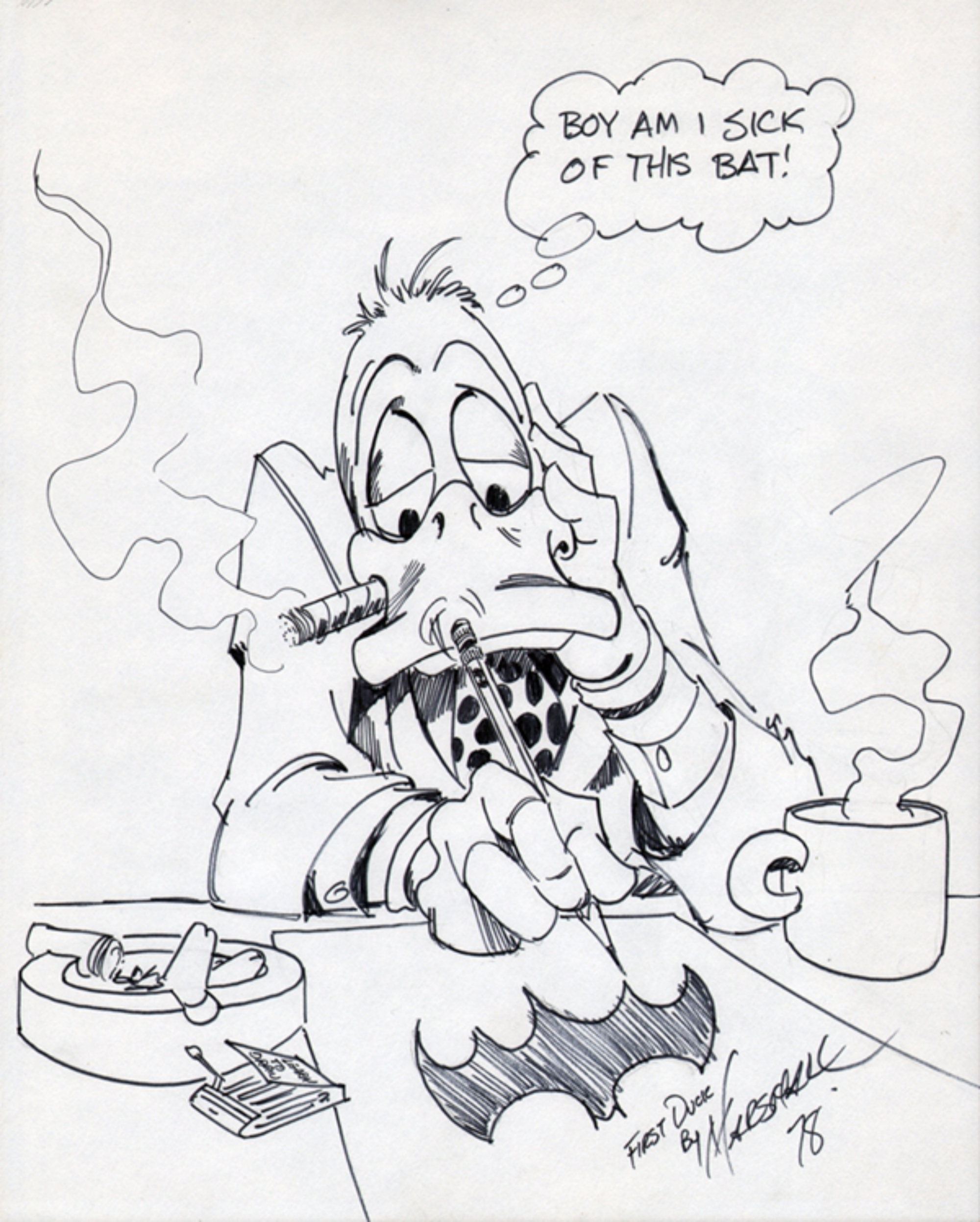 Boy, was I excited to see that Steve Englehart and Marshall Rogers were going to take on Mister Miracle with Issue #19! That first issue was great. The next couple of issues were a bit of a letdown — nothing to do with Marshall — and after #22, he was gone except for covers. And as we draw to a close, here’s Marshall’s rendition of Scorpio Rose, co-created with Steve Englehart! It ran for two self-titled issues under the Eclipse banner.