13 DAYS OF THE NEAL ADAMS GALLERY: Coming of the Supermen

Home » COMICS HISTORY » 13 DAYS OF THE NEAL ADAMS GALLERY: Coming of the Supermen

Neal Adams’ permanent art gallery at his Midtown Manhattan studio is now complete and we’re giving you an EXCLUSIVE inside look with 13 DAYS OF THE NEAL ADAMS GALLERY.

Each day, we’re highlighting one of the pieces of art that adorns the walls of the gallery, complete with Neal’s EXCLUSIVE commentary. You’ll see a diverse selection of pages and covers featuring the characters for which Adams is best known. 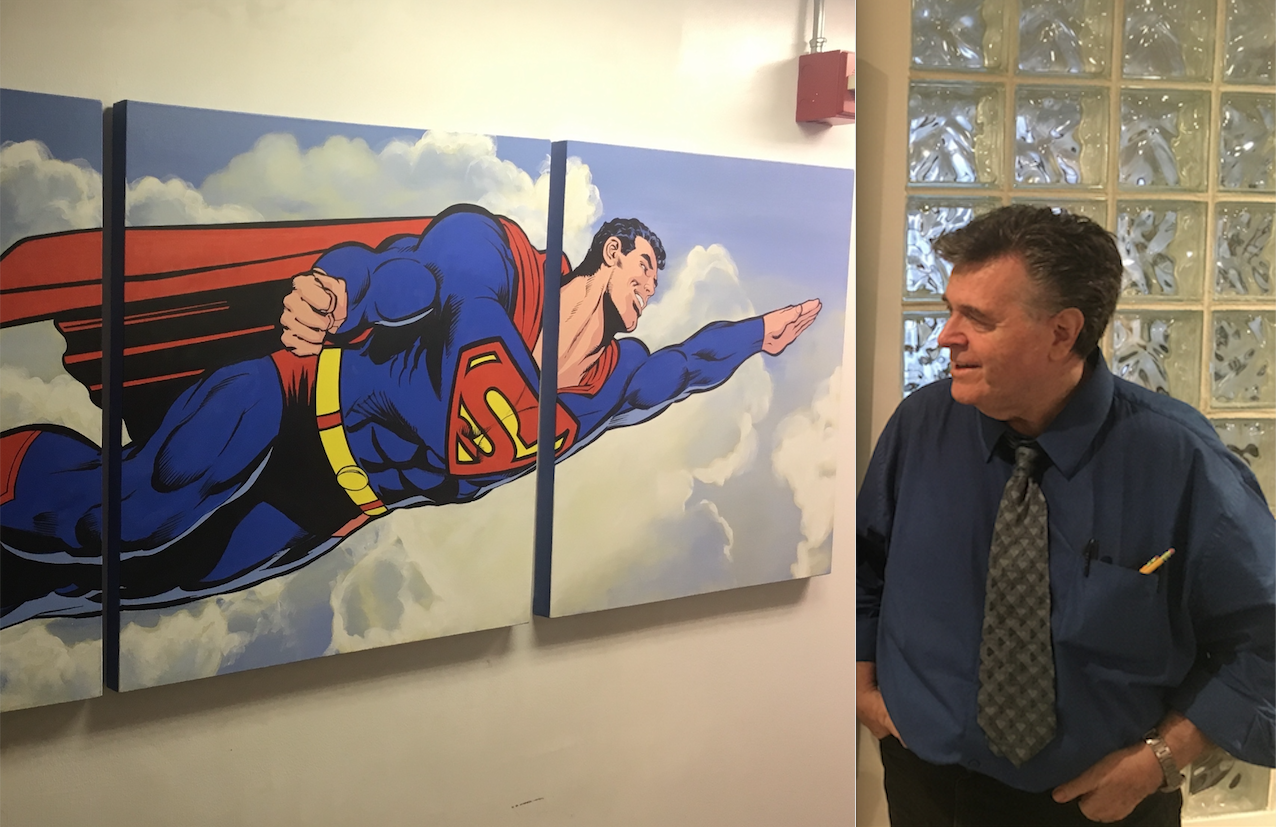 One of my favorite books this year was Adams’ Coming of the Supermen, a whiz-bang, over-the-top treat of a comics story, featuring the denizens of Kirby’s Fourth World. There was nothing subtle about it — from the dialogue to the larger-than-life characters and action sequences. So there was no way I wasn’t going to feature it during this series.

Here are two images from Coming of the Supermen that hang in the gallery. The first is the original art for the cover of Issue #2. The second is a page from the same issue: 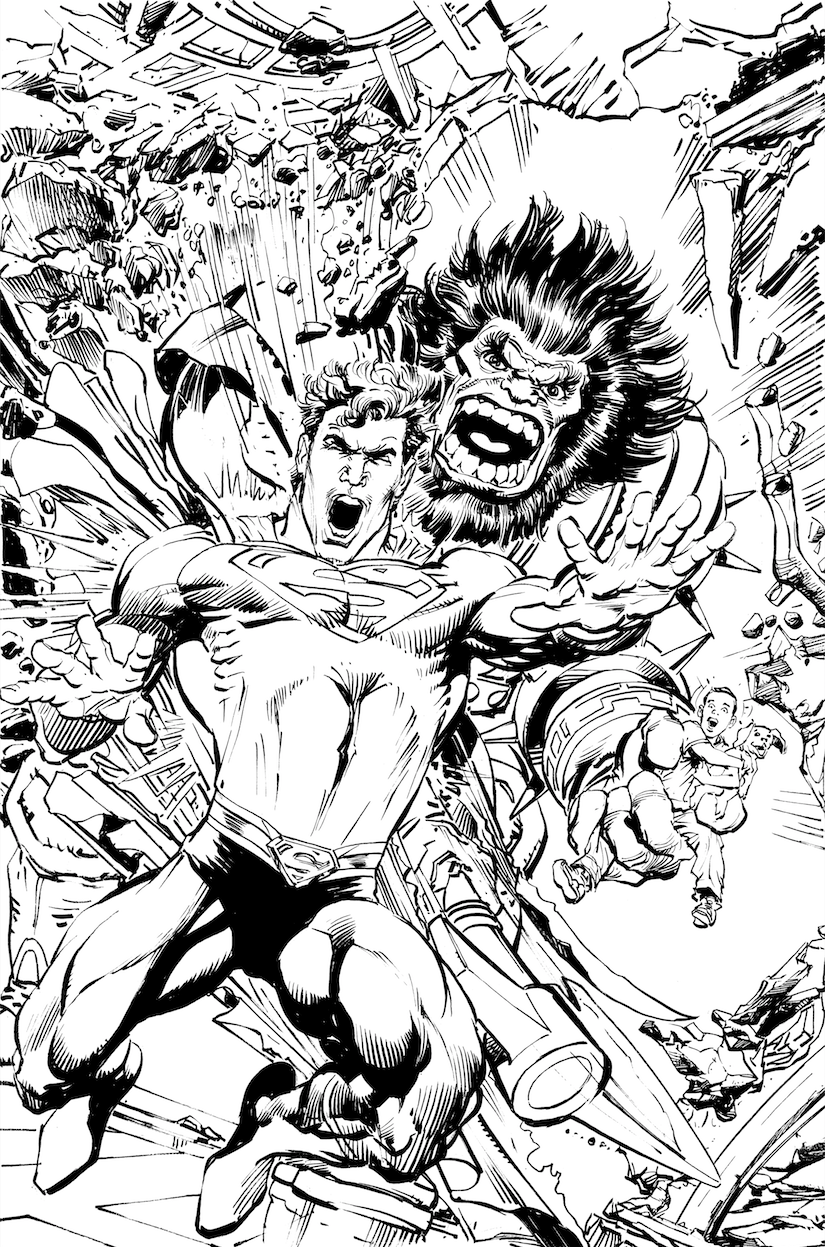 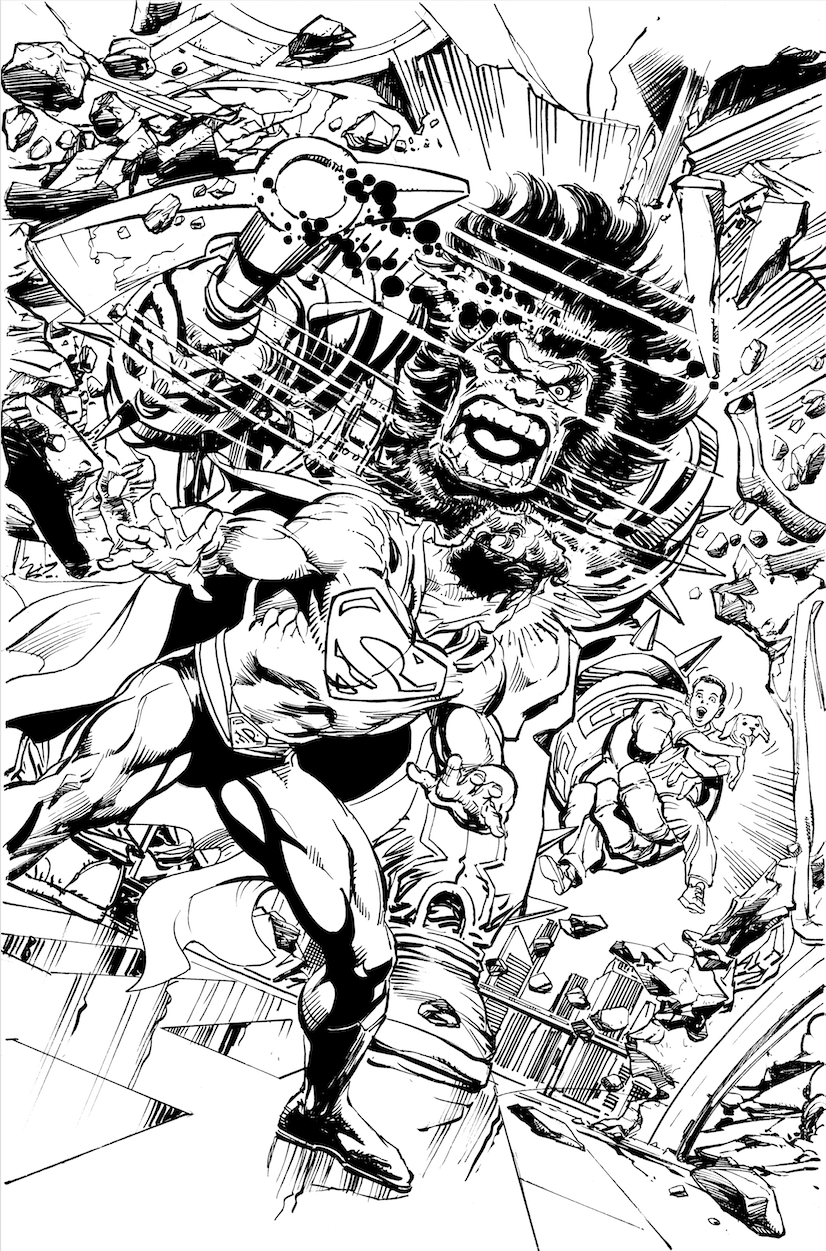 Here’s Adams’ thoughts on the art — and stepping into Jack Kirby’s shoes:

“The amazing thing about this piece is that I just asked DC Comics how they’d feel if I did a series of Superman comics based on Jack Kirby’s New Gods and they said yes. When I was a kid I was never a fan of Jack Kirby and I hate to admit it, but as Jack Kirby grew and evolved into what he became — the King of Comics (comic books not comedians) — my respect blossomed and grew and overwhelmed me. I realize Jack Kirby was a work in progress. He actually learned, he evolved and from his evolution he created new and different things that nobody else could ever imagine. Did I do a good job handling Jack’s characters? No, I just got to play with them. If I did a good job I would have evolved them in some small way and did what Jack did. Did I have fun? Look at that page. I had fun coming and going.”

For a video tour of the Neal Adams Gallery, hosted by Neal himself, click here.